The Kickstarted platforming duo from Playtonic Games can’t be stopped, and for fans with a Switch there’s something nice and shiny coming soon. Originally, the game wasn’t slated for Switch, meaning some Kickstarter reward tiers didn’t account for the eventual platform. Now, in partnership with Limited Run Games, Playtonic has an extra special Collector’s Edition to share specifically for the system: 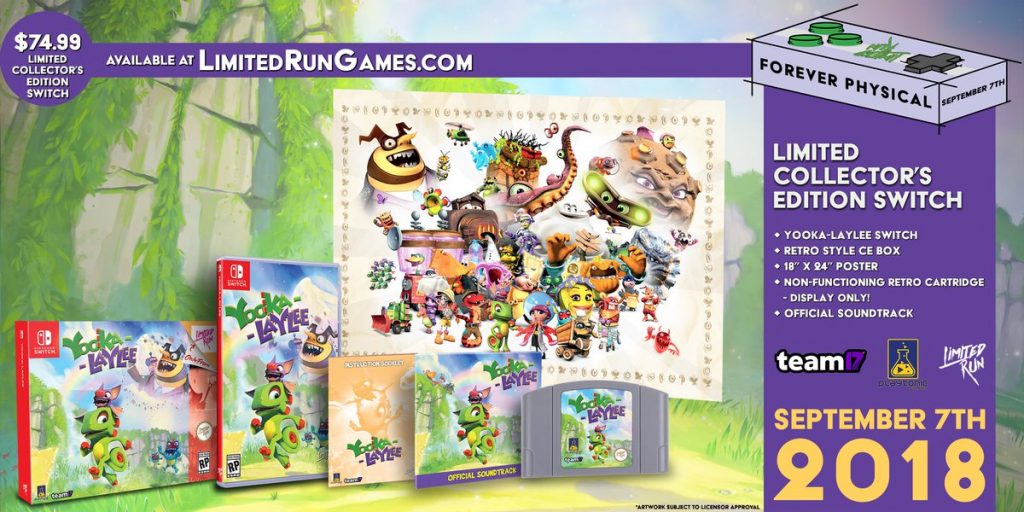 This will include the game itself on a Switch cartridge, a retro style box looking to mimic the N64 style, a poster featuring the cast of colorful and googley eyed characters in the game, the official soundtrack of the game, and a (non-functioning) N64 inspired replica cartridge. It looks like this one’s living up to “Limited” as well, with only 3,000 being produced for this run at $74.99 each.

If you Kickstarted the game originally, keep an eye on your inbox as well. Playtonic is sending out discount codes for all backers that will be valid on Friday, September 7th (aka, when this baby’s on sale), and backers at 64-bit level will receive what’s being called a “significant discount.”

Keep your eyes out for this one, and be ready to grab it when it’s up on Limited Run Games starting 10 a.m. ET on the 7th.