Today marks the official reveal of Diablo III for the Switch. Titled the Eternal Collection, it’ll feature both the Reaper of Souls and Rise of the Necromancer content, along with some great Zelda crossover items (as previously reported from yesterday’s Forbes leak). Have a look at the debut video featuring the one and only Reggie Fils-Aimé and Blizzard CEO & Co-Founder Mike Morhaime:

I wish Reggie would patch us in to all his calls, but it looks like he’ll have his hands full for a while with Diablo, both literally and figuratively. The game’s official site has also opened up, providing plenty more information on the game and what’s unique to it on Switch.

The Zelda content caught my eye first and foremost, consisting of a Cucco companion, a Triforce character portrait frame, and a whole set of exclusive Ganondorf armor. There are also plenty of multiplayer configurations for Switch, including shared screen on a single console, multiple consoles linked together, and combinations of on-screen and handheld modes to best suit your up to four player party. 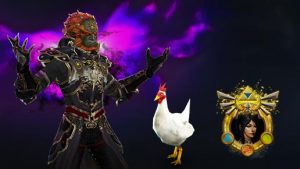 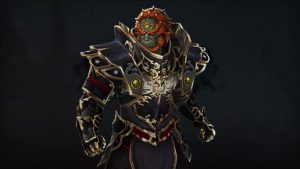 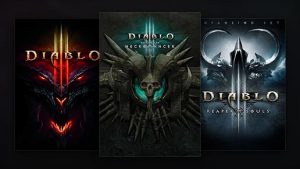 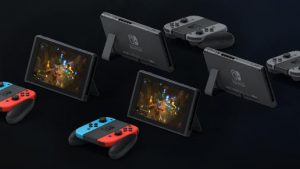 It also sounds like existing Diablo players will have some things to be excited about. According to Eurogamer, this release will allow players to skip the game’s campaign and instead jump right into Adventure Mode’s faster pace. Unfortunately, cross-platform play and having the ability to port your progress from an existing platform are not available for this release, though you will be able to upload your own Eternal Collection progress to a friend’s Switch to continue playing when away from your own console.

It’s a welcome return to a Nintendo platform for Blizzard, and one that hopefully leads to further key releases. For now though, get excited for Diablo III: Eternal Collection due to release on Switch later this year.