The launch of Mega Man X Legacy Collection is imminent and the collected soundtrack has started popping up at stores across Japan. Usually these releases feature interesting behind-the-scenes interviews, rare tracks and more, but this particular album features a very curious tease…

As pieces together by Rockman Corner, the composer’s commentary section of the included booklet ends on Mega Man X8, but there’s one more column with a single sentence: “The story of X’s fight is not yet over.” 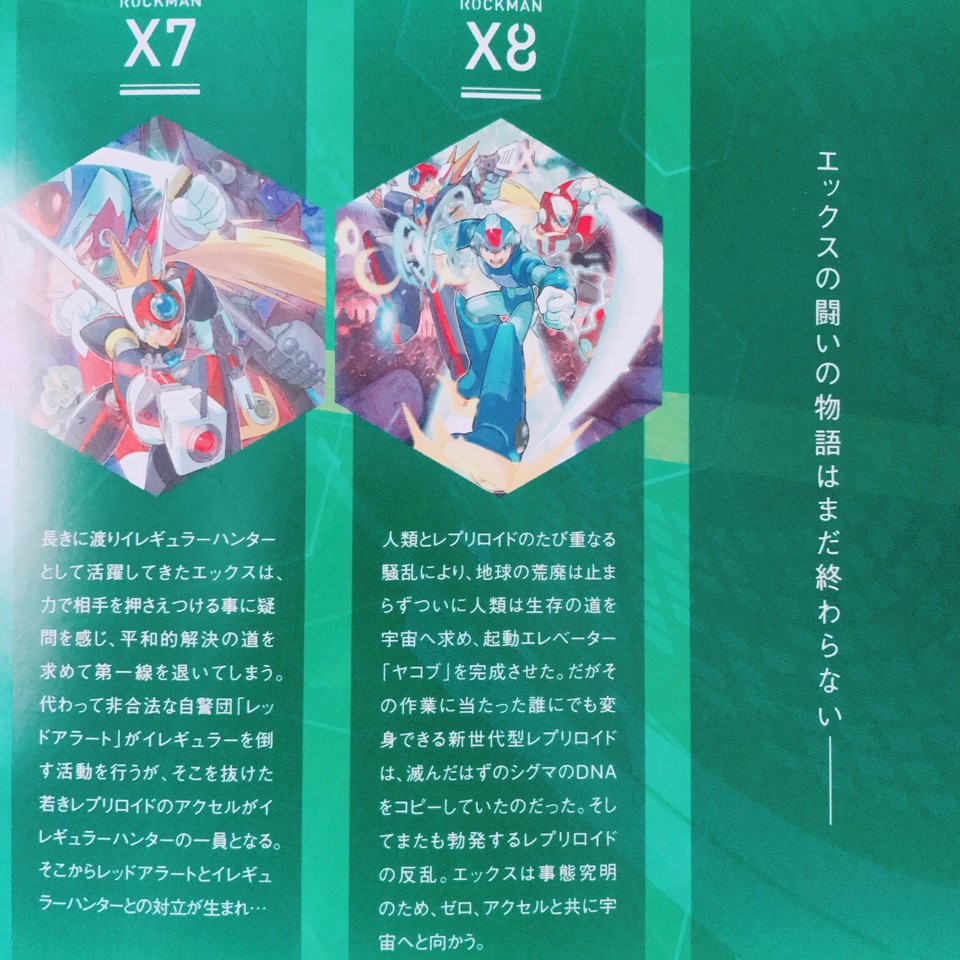 While this could be a simple reference to events alluded to in the Zero spin-off series, it has surprising connections to an old Mega Man 9 artbook which similarly stated “the legend is not yet complete”, and Mega Man 10 was announced not too long after.

Likewise, we already know thanks to achievement lists that a secret piece of artwork is hidden away in the collections. The last time that happened we got a tease for Mega Man 11!

We’ll be sure to let you know if X’s adventures continue with an X9 if and when it’s revealed. Maybe we’ll finally get clarification when the two games launch next week?