Mega Man clones are a dime a dozen. Many have tried to fill the void left by the franchise’s eight year hiatus, with one in particular proving not every Man deserves to be Mighty. Thankfully the good folks over at Batterystaple Games seem to know what’s up, paying homage to the Blue Bomber’s past while adding some addictive roguelike flair rarely seen in your average platformer. 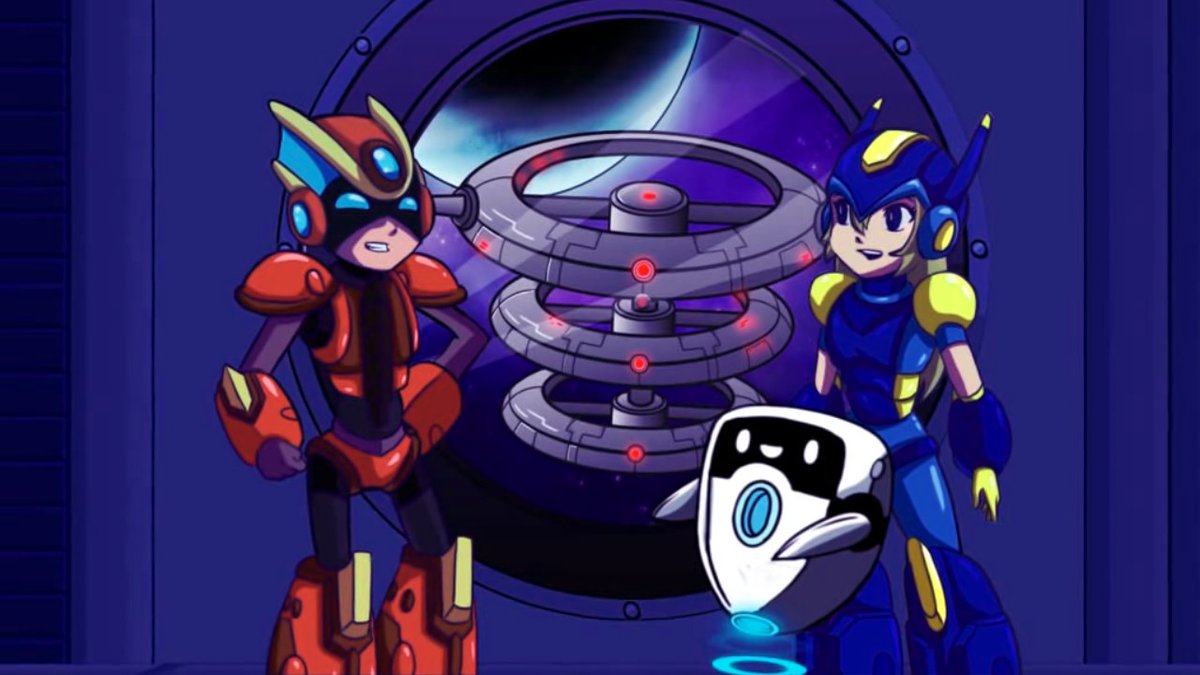 BETTER WATCH OUT X, I MIGHT JUST STEAL YOUR SPOTLIGHT!

If the title didn’t already clue you in, 20XX is heavily inspired by Mega Man, more specifically his 16-bit years enacting Reploid retribution in the X series. As such, players jack the circuits of super fighting robots Nina and Ace as they run ‘n gun their way through a gauntlet of platforming challenges and boss battles. The twist? Stages and power-ups are randomly generated, ensuring no two runs ever feel quite the same.

Of course, implementing roguelike elements into a platformer doesn’t come without some serious drawbacks. Platformers are at their best when levels are meticulously designed around core elements of gameplay and a character’s abilities. Critically acclaimed games like Hollow Knight, Shovel Knight, and Celeste understand this all too well, utilizing the world itself and its many platforming perils as not just obstacles, but tools in complementing the adventure at hand.

By relying on randomization, much of 20XX’s design feels like something you’d find in a novice Mario Maker level — chunks of floating structures and obstacles strung together haphazardly in hopes some tricky platforming ensues. As such, pitfalls and large, empty chasms run the gamut, and it doesn’t take long before certain patterned rooms and obstacles start to repeat themselves. That’s not to say it doesn’t work, but simply lacks the refinement to make it stand tall amongst the platforming greats — not to mention the series it aspires to mimic.

That said, the running and jumping itself is incredibly tight, to the point it often puts Capcom’s bot busting franchise to shame. Mapping the dash mechanic to the shoulder button is a godsend, allowing for less cramped fingers and more precise leaps. There’s also a lot of versatility in playstyles depending on the abilities and weapons collected during each run, from four directional plasma shots and air dashes to a vast arsenal of optional, yet destructive boss powers.

As for our plucky protagonists, they play just as anyone who’s ever wrestled with some Robot Masters would expect. Nina takes after the Blue Bomber himself, armed with a badass buster cannon for long-ranged attacks and devastating charge shots. Ace, on the other hand, follows in the footsteps of Zero, slicing mechs in half with the sharp end of his beam saber. There’s a third battle bot unlockable after completing a single run I won’t spoil here, but rest assured he also comes sporting his own unique set of skills for whipping cyborgs into scrap metal. 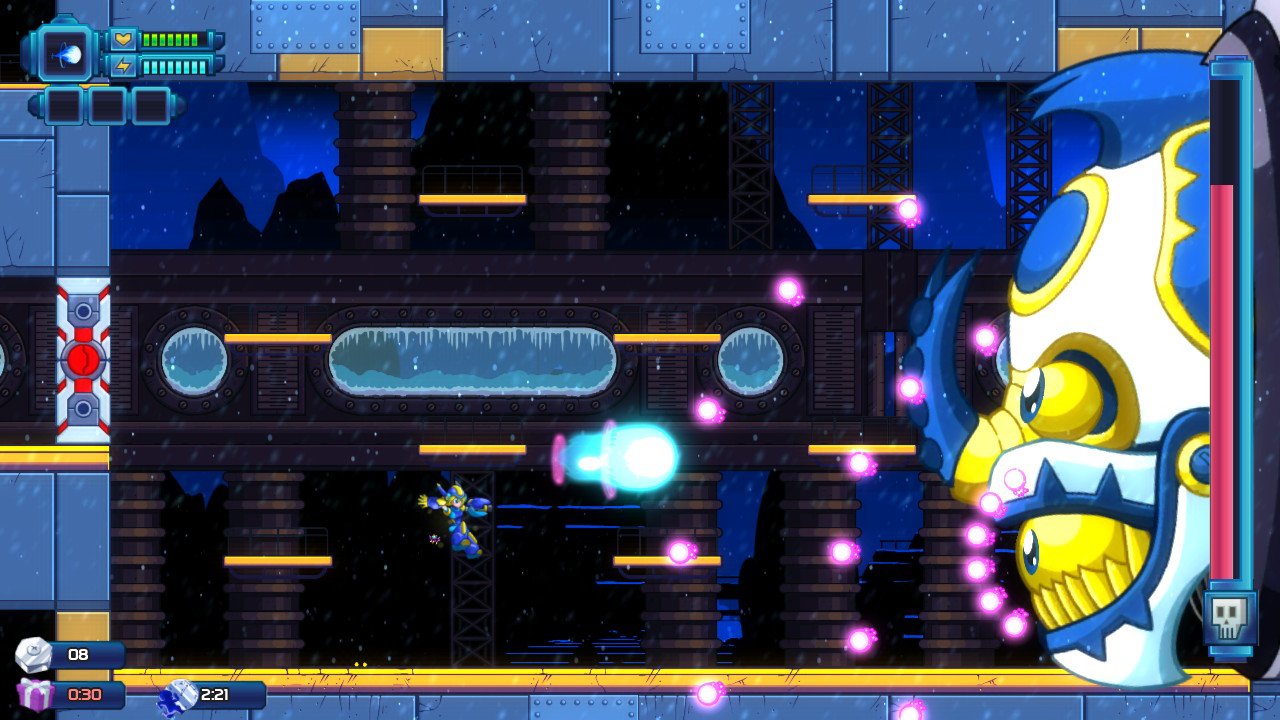 Boss battles prove some of the game’s most riveting moments, putting both players’ platforming and bullet hell skills through the ringer. These ravenous robots come in all shapes and sizes, too — from screen-filling faces born of nightmare fuel to a tag team of gravity defying, elemental beasts. While each proves unique in challenge and stature, I found myself wishing their designs were more consistent and equally proportional with one another — much like Shovel Knight’s Order of No Quarter or Mega Man’s Robot Masters.

It’s also disappointing each didn’t come with their own appropriately themed stage befitting of their personalities. As it stands, there are only four stage dressings split between the hateful eight, meaning you’ll be gunning through each theme twice. Fortunately, much like Wily’s many mechanical menaces, each one retains a weakness to a weapon wielded by the other. Only this time they are entirely optional to collect, swappable for either money or various power-ups like strength or health upgrades.

Speaking of munz, there are two types of currency to collect: Nuts and Soul Chips. Nuts are your bread and butter during each and every run, allowing for the purchase of depleted health and energy at vending machines, as well as temporary item upgrades from in-game shops. Soul Chips, on the other hand, prove much harder to come by, often rewarded after boss battles and used to unlock new power-ups and permanent upgrades from the hub world. It’s all pretty standard stuff in the realm of roguelikes, with each newly unlocked piece of gear feeding that “just one more run” loop. 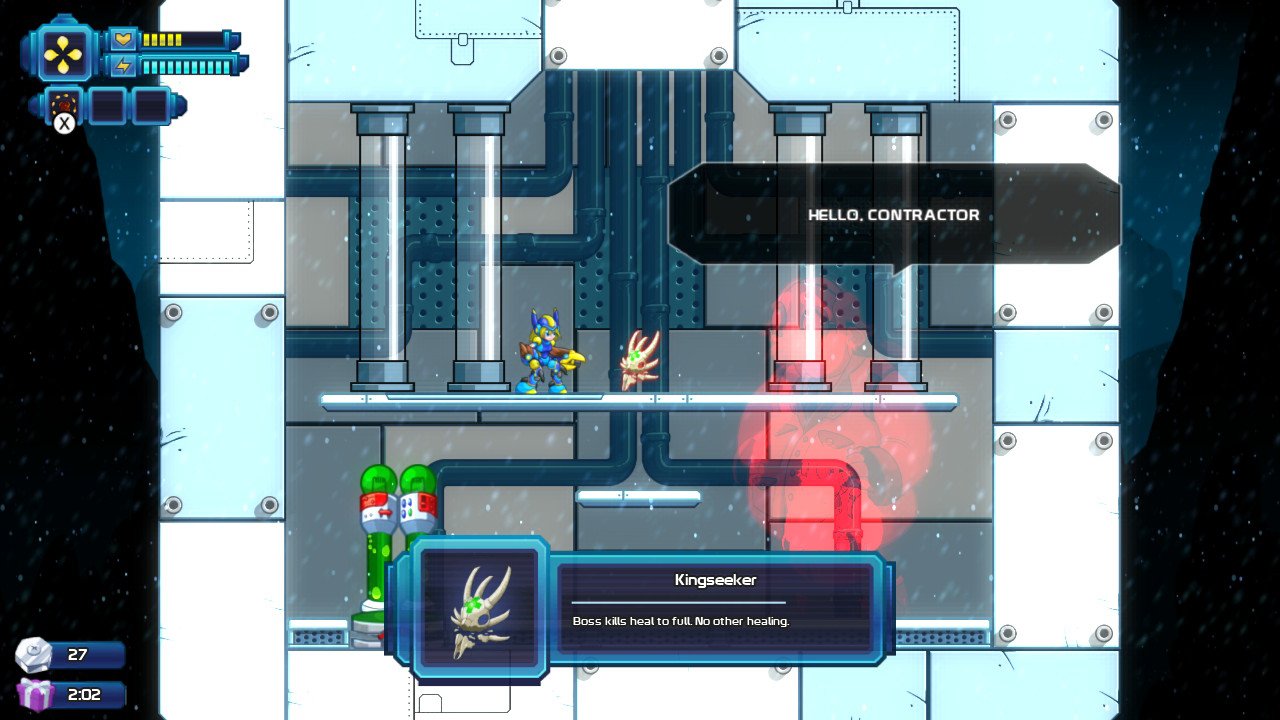 Not sure where you fall on the roguelike spectrum? The game offers three difficulties to choose from: Reverent, Normal, and Defiant. Those who’ve never slapped on a Mega Buster before will definitely want to gravitate towards that first one, which shirks permadeath in favor of three lifelines should their circuits prematurely fry. For those with some experience stopping super scientists from taking over the world, we recommend sticking with a Normal run. Hey, at least spikes and pitfalls don’t one shot ya!

As for battle-hardened bots seeking a challenge, Defiant mode is bound to scratch the most masochistic of itches. This most deviant of difficulties lets players set any number of handicaps for making runs harder — from standard debuffs, like taking increased damage and nullifying health drops, to more unforgiving feats in frustration, like instant death upon contact with environmental hazards or being poisoned should you take too long to finish a level.

Beyond a smorgasbord of Daily, Weekly, and Boss Rush capsules comes my personal favorite mode that’s not to be missed: Multiplayer. That’s right, Mega fans: 20XX supports both couch and online co-op, letting both you and a friend bust up bots in style! While I didn’t get to test out the online servers for the purposes of this review, I can vouch for the couch. So long as you have a competent robot friend, it’s by far some of the most fast and frantic fun I’ve had on the Switch to date — which is saying a lot, given my addiction to Splatoon 2. 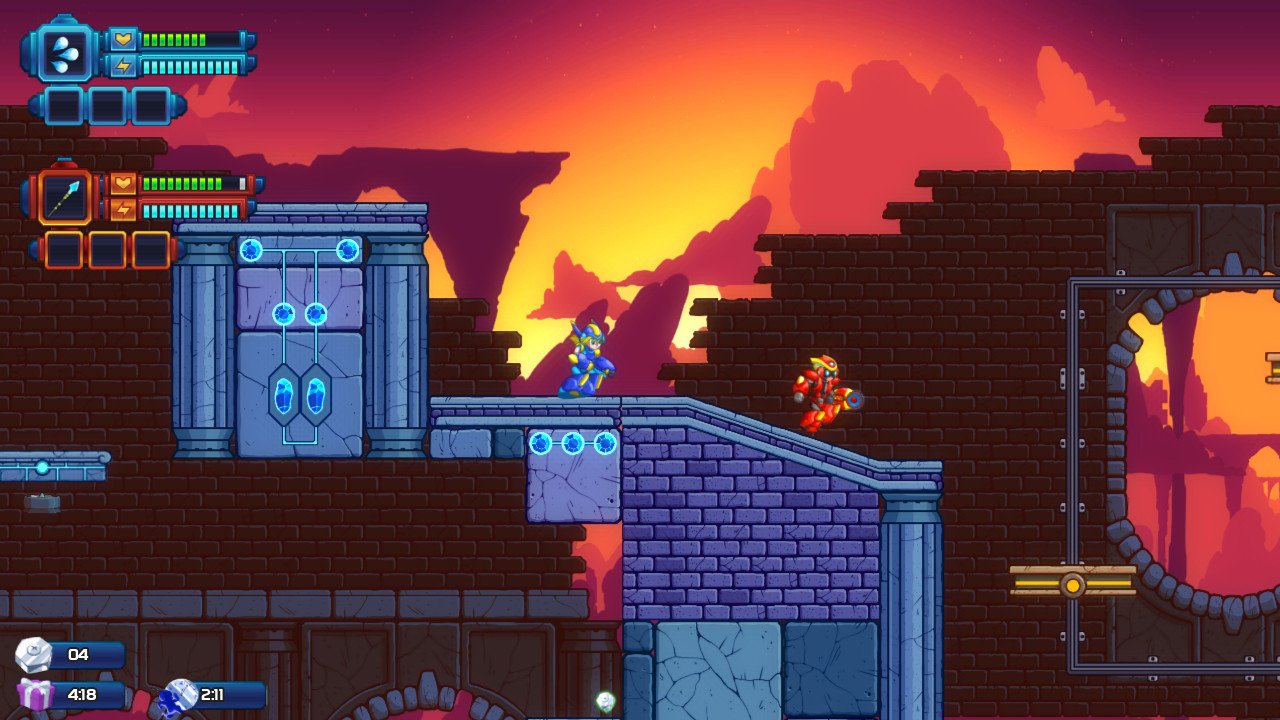 Unfortunately, when it comes to pixel presentation, the art style leaves much to be desired. Character models, though vivid and detailed, clash with the drab and flat environments, culminating in a mismatched mess resembling that of a late ‘90s Flash cartoon. Maybe that’s an exaggeration, but I can’t help but feel like a sprite based style similar to the X series or even Azure Striker Gunvolt would have gone a long way in giving the presentation some much needed pep in its step.

On the same note, the game’s soundtrack could also use some fine-tuning. While I personally dig the both the opening and boss themes, the rest of the music has a tendency to blend together. That’s not to say it’s forgettable — there simply isn’t enough variation in its melodies to make any one particular track stand out from the rest. (Few OST’s can compete with Mega’s catchy catalogue, after all.) That said, it complements the action on screen well enough, proving adrenaline pumping throughout. 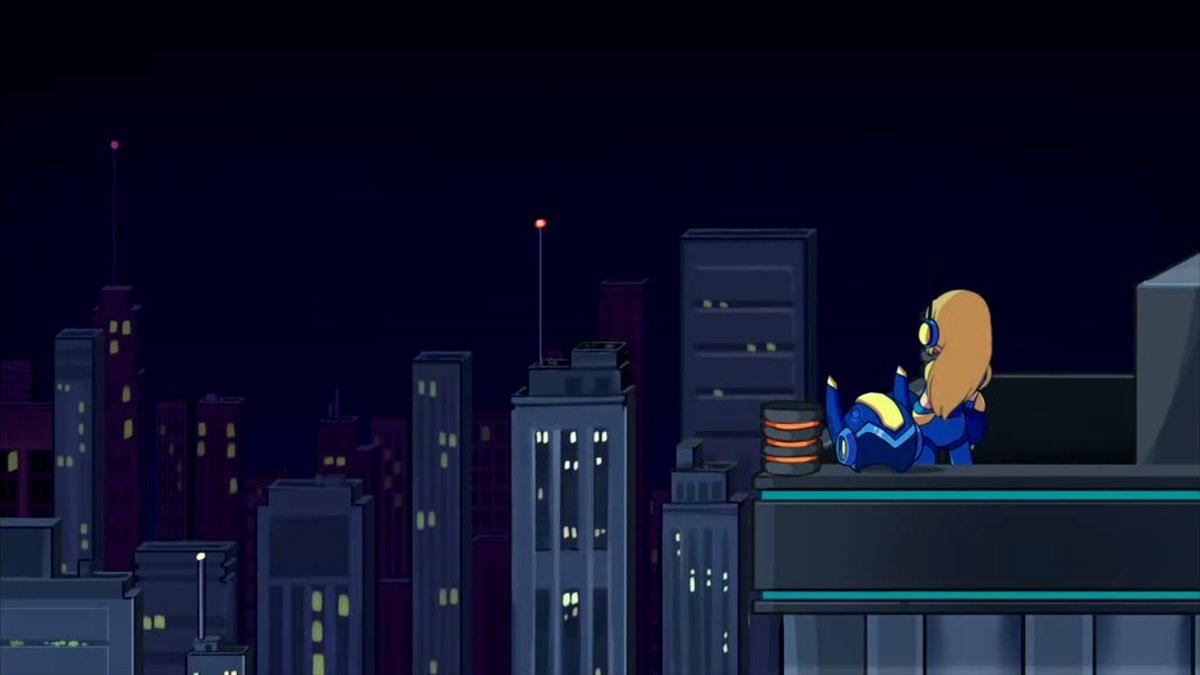 FIGHTING FOR THE FUTURE

Despite some inconsistencies in design, anyone who’s ever manned a Mega Buster is sure to get a kick out of this futuristic romp to the year 20XX — especially if you’ve always dreamed of blasting bots alongside a buddy. It wears its inspirations on its armored sleeves proudly, offering a tight and responsive platforming experience not to be missed.

With the Mega Man X Collection looming just over the horizon, perhaps there’s never been a better time to jump into some super robot fighting action. 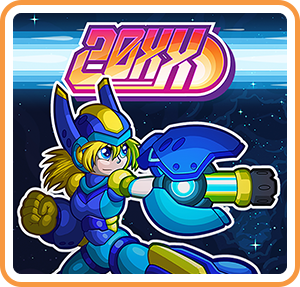