Last year I walked away from Mario + Rabbids Kingdom Battle feeling wholly pleased with the crossover. Bringing the Mushroom Kingdom together with Ubisoft’s BWAHing bunnies in a grid-based strategy game worked well, with only a few things to complain about in my full review. Ubisoft must’ve noticed a few of those points, because this Kong-centric continuation makes for a brisker, more concentrated experience headlined by DK himself.

Kicking off midway through the madcap Mario misadventure of the retail release, the Donkey Kong Adventure sends Rabbid Peach and Beep-O off to areas far removed from the Peach’s Castle where they meet up with Donkey Kong and the cantankerous coot that is Rabbid Cranky. Together, the four team up to take on Rabbid Kong on his potassium fueled revenge.

The story is told through humorous cutscenes that are on par with (at times better than) the ones in the original game. This is mostly due to the dynamic at play with the more limited cast when compared to everyman Mario. You get a sense of this particular posse being tight-knit, even if Rabbid Peach steals the show (and Cranky’s cane for a makeshift selfie-stick) most of the time.

He’s the leader of the bunch

Fun as all that all was, it was once again the tactical gameplay that kept me stuck to my Switch. Donkey Kong and Rabbid Cranky both bring all new weapons and skills, with DK rightfully represented as an agile, map trekking powerhouse. He’s able to pick up and throw nearly anything on the map: allies, enemies, cover, and even enemies not due to spawn ’til the next turn. This helps lay on more damage, move allies or enemies for careful positioning, and lets you shape the battlefield a bit all in one technique. When paired with his freedom of movement via vertical traversal and floating vines, compared to other characters he really is the King of Swing.

This is all enhanced by the level designs catering to his techniques most of all, while the Rabbids are a bit more supportive or ranged. It’s easy to end up with your crew spread out at times, which can limit your options — but with a bit of planning and pacing you’ll be unstoppable. New objectives, gimmicks, and enemy types make things feel fresh here, and due to the brisk nature of the DLC, none of them end up overstaying their welcome. 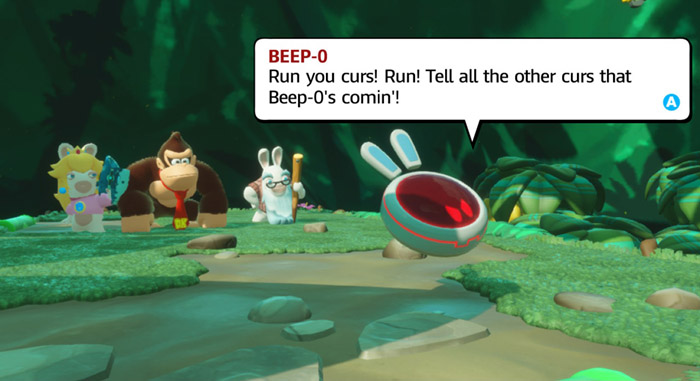 Don’t mistake brisk for short, though — there’s plenty to see and do through this Kongquest. The number of battles amounts to just about the length of two of the base game’s worlds, with block based puzzles to solve and hidden treasures hiding out between combat sections. Stage types get revisited a few times, but it’s always with the added challenge of enemies or concepts you’ve met since the last time to keep things at the perfect blend of fresh and familiar. All in all, my ten or so hours felt well spent and plenty fun.

It wasn’t just Kongs who made this a great chance to remember the old Country. Plenty of musical songs and cues from the whole series are here, with composer Grant Kirkhope even getting to (splendidly) revisit his own DK Isle theme from Donkey Kong 64. Some oft-forgotten Animal Buddies show up in the form of weapon designs, DK can bust out the bongos for a little Konga action, and there’s even some love for the arcade classic that started it all. Altogether, it does a great job of representing the series thanks to the distilled nature of the DLC and tighter focus on Donkey Kong versus the entire Mario universe.

The only notable shortcoming for this campaign is the same, occasional performance issues that were in the original release. There also felt like a few moments when cued up music tracks just didn’t play during boss fights, though that could’ve just been a stylistic choice for the encounter. That all said, bits of slowdown when multiple effects stack up and some camera angle problems are a price worth paying for the chance at more hybrid hi-jinx with the Rabbids.

The Donkey Kong Adventure is a must-have addition for anyone who walked away from Mario + Rabbids with a smile on their face. By tightening the focus and offering plenty new content, it stands as a quick mine cart ride through the best parts of Kingdom Battle that manages to barrel blast past the original. Who could’ve guessed that all it’d take for DK to beat Mario after all these years would be a download that’ll only run you 60 quarters. 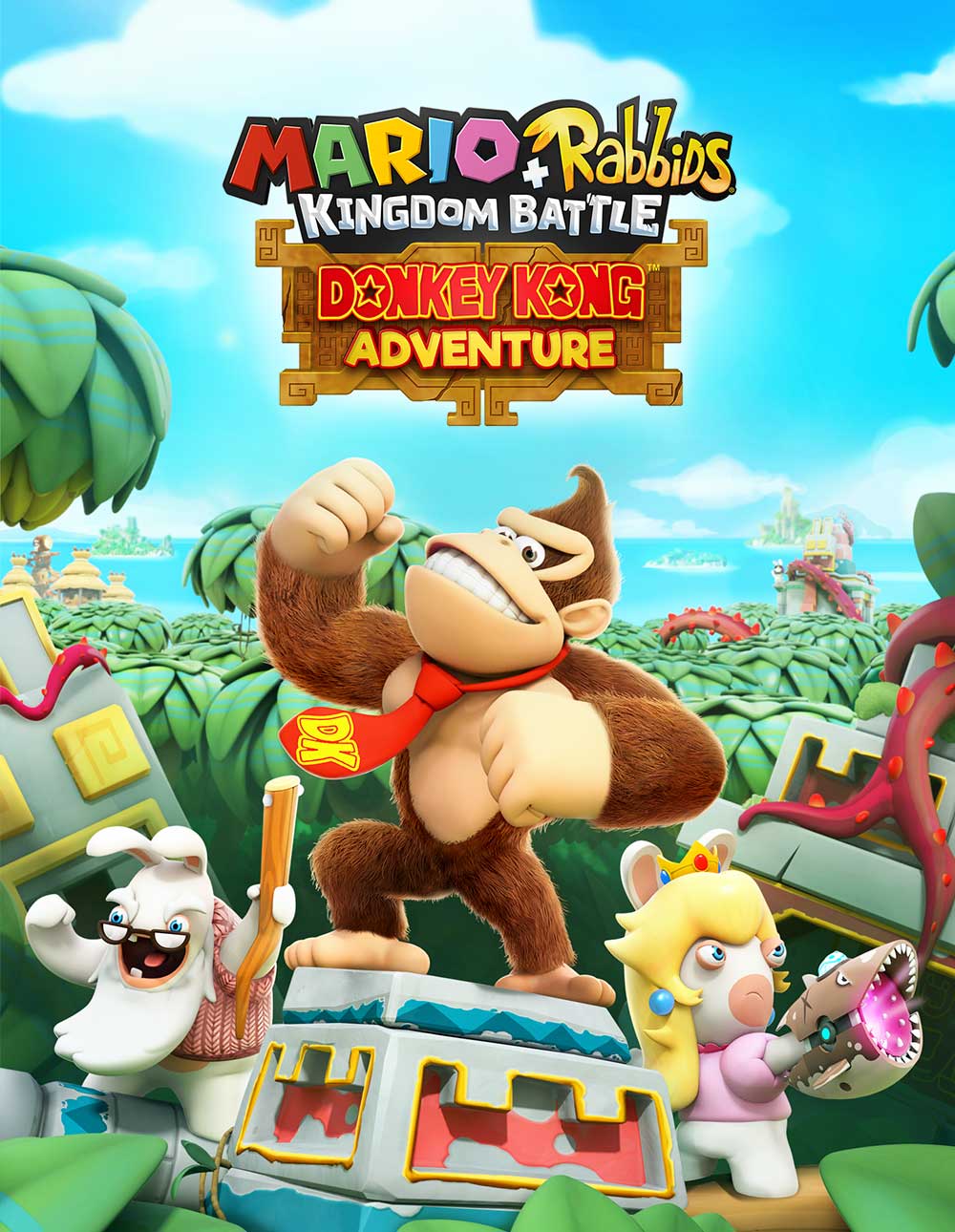