Already home to Disgaea 5 Complete, the long-running strategy RPG franchise is coming to Switch once again in the form of an HD remaster of the first game in the series. Originally titled Disgaea: Hour of Darkness, this newest version will take the name Disgaea Refine and will provide another go through Laharl, Etna, and Flonne’s debut adventure. 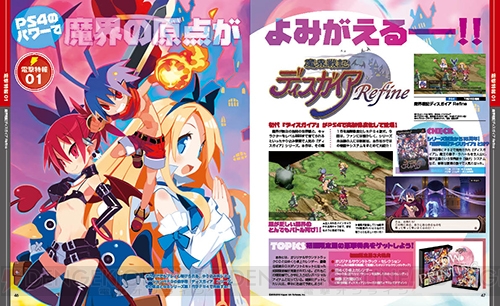 Disgaea Refine was hinted at during a January broadcast from Nippon Ichi Software, and will celebrate the game’s 15th anniversary. Originally released for PlayStation 2, the game has come to other platforms since including the DS. That said, the Switch feels like a perfect home for the series, and hopefully a localization announcement is just around the corner.