This year’s Nickelodeon’s Kid Choice Awards wasn’t as Nintendo Switch PR heavy as last year’s event — that doesn’t mean that Nintendo was sitting on the sidelines though. For those who love Super Mario Odyssey, New Donk City was brought to life for a small segment during the show. A mix of both previously seen props (from E3) and new additions were used, with the presence of Power Moons stealing the spotlight. They actually lit up when touched on stage!

So how did this all unfold? A parkour “speedrun” competition showed off two teams — Team Mario vs. Team Bowser — that raced against one another to see who could collect the most Power Moons. 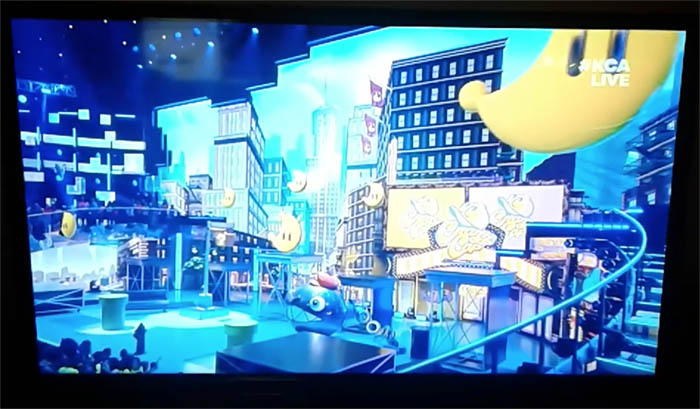 If you want to see the video yourself, you can check out a recording of the segment on r/nintendo. (Just a heads up though, the poster’s video does contain the smoke detector “replace battery” chirp noise.)

Super Mario Odyssey appears quite frequently during our very own Speedrun Sunday competitions here at Nintendo Wire — and also during livestreams with Amiibo Jason and Happily Candied!

What areas would you want to see come to life for an action-packed speedrun? Let us know here or on Twitter!