Splatoon prototype shown off at GDC

This year’s GDC has begun, and Splatoon/Splatoon 2 producer Hisashi Nogami hosted a presentation on the making of the first game, along with the decisions that led to the squid kid shooter we now know and love.

Here are some highlights: 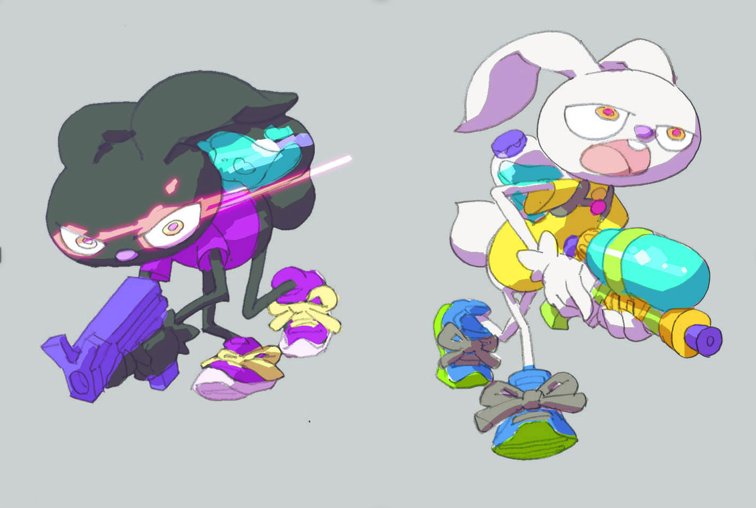 You can check out some slides from the presentation below, which Twitter user @frozenpandaman has captured in their stream. Here are a few especially notable tweets and images:

The first prototype was with rabbits. They're both black and white, and also highly territorial. Their neutral colors would also contrast well with bright ink colors. But why would they shoot or hide in ink? There was a disconnect between the idea and mechanics. pic.twitter.com/Q5o2R9RUkl

With a new world, you need new characters. The characters in Splatoon are squids that can transform into humans. People are often surprised when hesring this, so why is this? pic.twitter.com/2GIIUbwvmo

To help solidify direction, Mr. Sakaguchi helped identify the core mechanics with shooting, swimming in ink, etc. There were all sorts of character design ideas. But when they discovered a core idea of "moving quickly through ink as swimming," the idea of a squid stood out. pic.twitter.com/hXmF8UIfhj

The E3 2014 trailer was put together by Mr. Amano which showed off the key points of the game: gameplay, sound, artstyle. After this, individual team members proposed their own ideas to help flesh our the world, and it began to take shape. Weapons, fashion, graffiti… pic.twitter.com/RFk72fE5FZ