The next ARMS Party Crash — titled “Shake the Rust Off — has been announced, pitting steel-studded fighters Mechanica and Byte & Barq against each other. 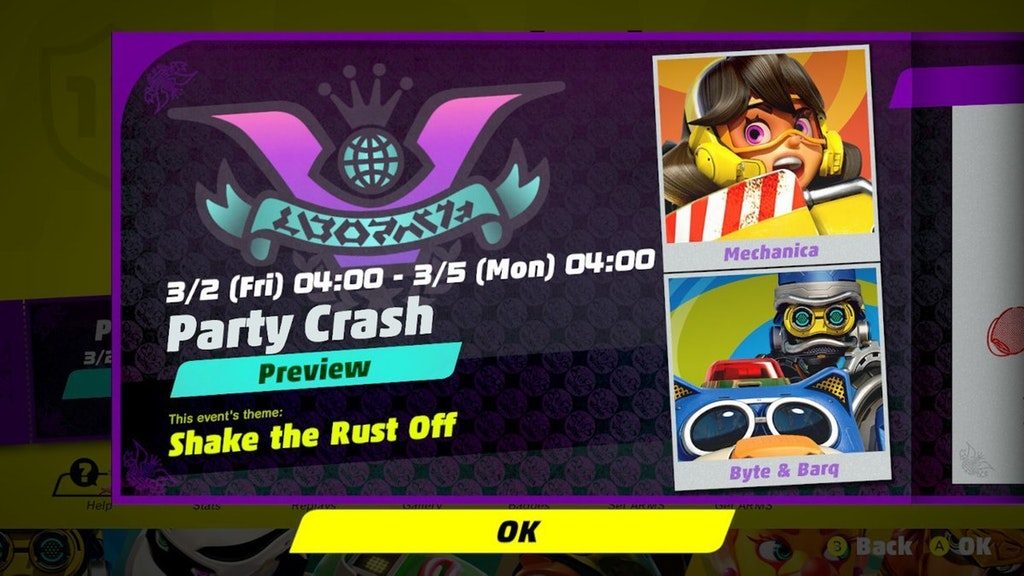 Players are also given a “Lab Level” rank, which increases with each match played, with extra points given during Bonus Events or if featured characters (in this case, Mechanica and Byte & Barq) are used.