With Hyrule Warriors: Definitive Edition set to release this spring, it’s got the entire Nintendo Wire team once again thinking about how much we all love the roster of characters attached to it. That being said, as Zelda fans we’re also always going to be hungry for more, and now that Breath of the Wild has been out for almost a year, it seems almost criminal to imagine that all the game will get is a couple costumes.

In fact, the very nature of the four Champion characters in Breath of the Wild has us almost convinced that we’re either going to see more DLC in the near future, or even a possible sequel. Every Zelda fan should know there are more than enough characters in the Zelda universe for a Hyrule Warriors 2, but we can’t decide if this final port is an attempt to get this game on the same system as its second installment or if the demand really was just that high. Regardless, we think additional content in the form of DLC or a sequel is super likely at this point, and in talking about it we conjured a list of characters we’re hoping to see make some kind of appearance on the Switch.

Entering with grace and beauty is the Zora Princess, Mipha. Revered by her kingdom even after death, Mipha’s radiance and her ability to heal could bring something completely unique and new to the Hyrule Warriors fight… even if there’s already a Zora Princess representative. And if that’s not enough, Mipha’s Lightscale Trident could easily add a new style of play exclusive in the Zeldaverse to Breath of the Wild in the form of a spear, attacking in quick, successive bursts to take out large groups with ease. When you finally add in her unspoken feelings for Link, Mipha’s presence as a fighter would surely bring some much-needed elegance to the game. 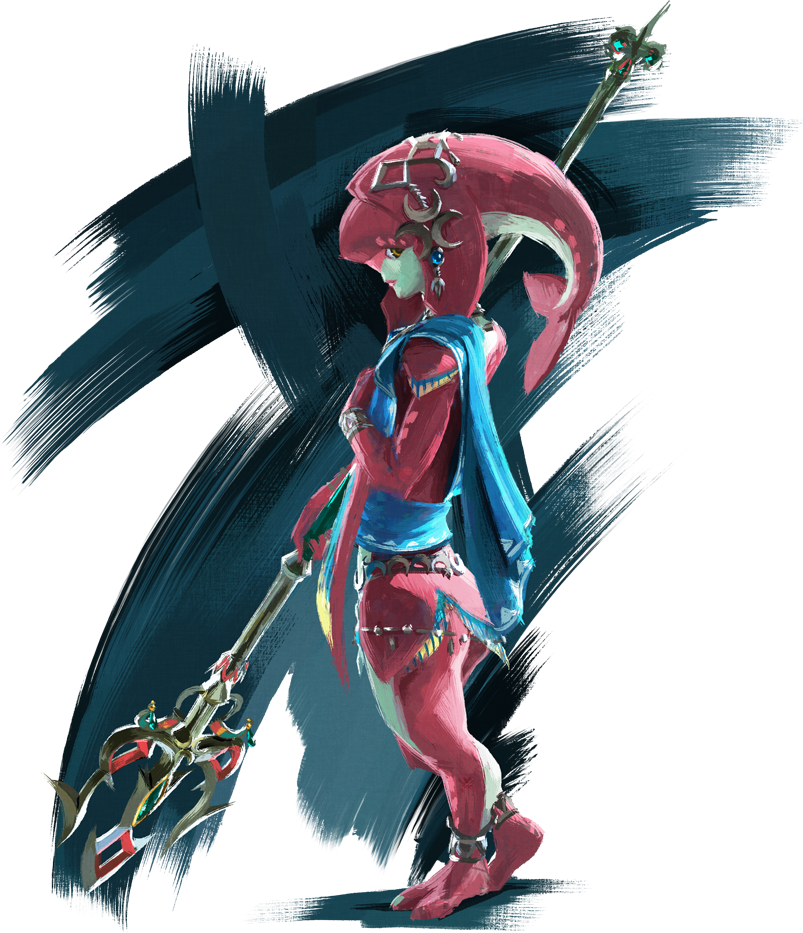 For my next pick, I really need you to bear with me. I’d like to start off by saying that nobody expected to see Tingle as a playable character originally, but we did eventually get him — and I think it’s safe to assume that Beedle could be a similar possibility. Not only is he a — dare I say — iconic recurring character in the series at this point, but his personality, role and voice in the series are so absolutely individually his, I can honestly imagine how fun he might be to play. With attacks based in the items he sells and defenses using his giant beetle-shaped shop, I’ve got high hopes to hear him scream “THAAANK YOU!” at the end of every battle. 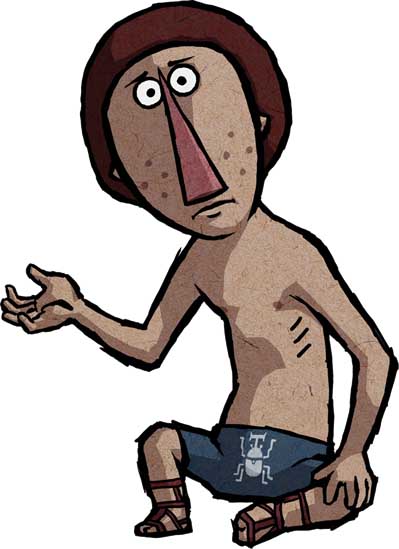 Better start doubling up on your daily dose of gravel, because it’s high time Daruk set a new standard for strength in Hyrule Warriors! While we’ve already got Darunia as a (well earned) Goron representative, Daruk left such a good impression as the boisterous, friendly fellow of the Four Champions. Swinging his Boulder Breaker, he’d be able to knock enemies around easily while representing the newer greatsword weapons in style. With his trademark barrier along for the ride he’ll be showing up the little guy as an unflinching tank of a character, able to take hits when necessary and hurt ‘em right back. More than anything, his personality should shine through, giving off hearty laughs and bone-crunching back pats with gusto. 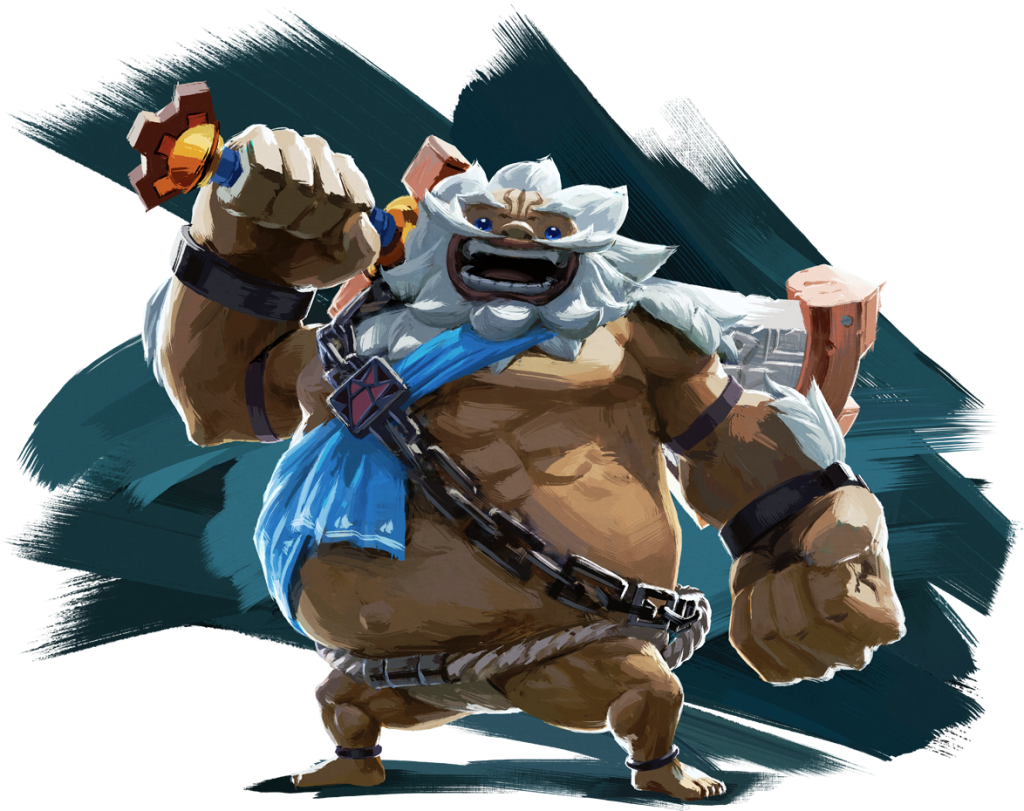 Excited as I’d be for some new-new faces in the game, Hyrule Warriors is about celebrating the entire Zelda history. As is a certain someone must not’ve been invited, though with the potential for a sequel or expansion, there’s a fell wind just begging to blow through. Vaati, the evil multi-formed wizard of all games featuring the Four Sword, is absolutely necessary. As the most recurring villain not tied to Ganon he would perfect for carrying the narrative in some fashion, and his abilities offer plenty when it comes to a moveset. Whether his floating eye form served as a special attack or an alternate form (ala Young Link), this Minish master of magic checks plenty of boxes for a great representative. 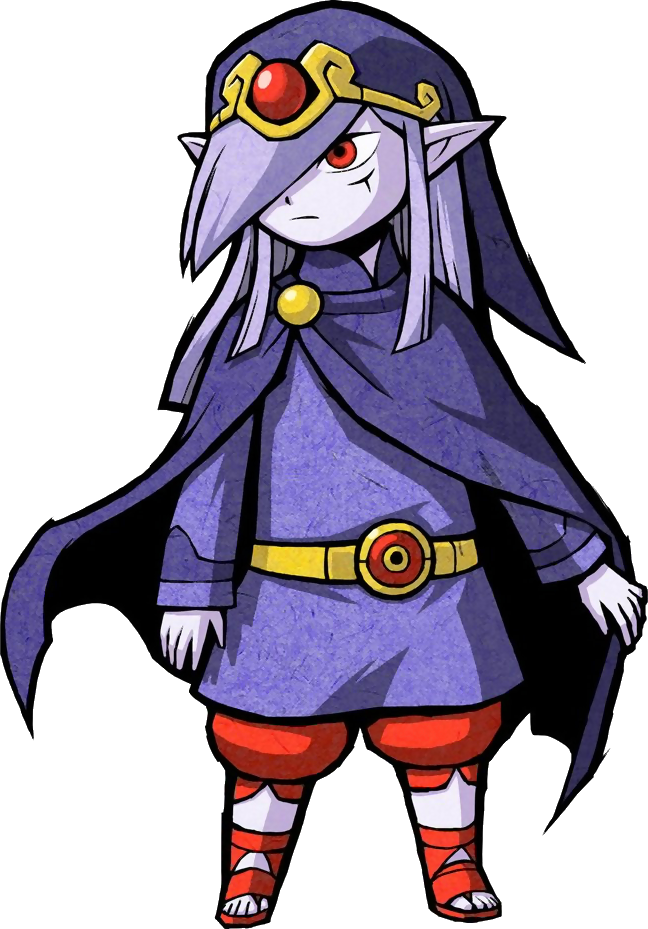 Revali is possibly the most skilled archer in the history of Hyrule, so it’s only natural that he’d be a perfect fit for the world of Hyrule Warriors. With the ability to create his own updraft to soar over his foes and strike from above, the Rito champion would be a worthy and powerful addition to the roster. Not to mention, Revali can fire three bomb arrows at once with perfect precision from the air. He has the most tactical combat expertise out of all four Champions, with the swagger and confidence to back it up. With his trusty Great Eagle Bow by his side, Revali would continue to prove why all of his hard work and dedication has made him one of the best around. 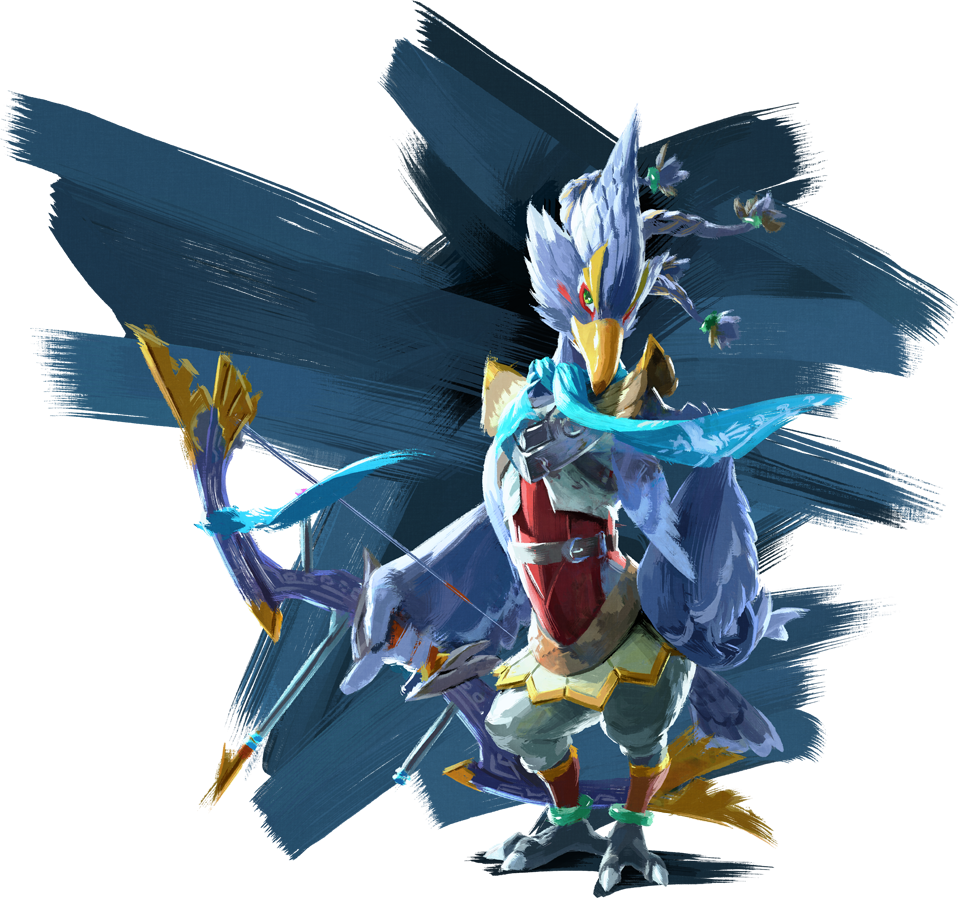 The finale of Skyward Sword is one of the most emotionally gripping moments in the Zelda franchise, mostly thanks to the epic final sword duel with Demise, the Demon King. A precursor to Ganon, Demise is ruthless and, most of all, powerful. Fi states that Demise has conquered time itself, and that he is the source of all monsters. His sword, Ghirahim, already appears in Hyrule Warriors, so it only makes sense for the master to finally enter the fray. For his special moves, I imagine Demise transforming into The Imprisoned to lay waste to all in his path. Demise is the first villain in the history of Hyrule, and he just might be the most powerful. That alone should punch his ticket into the Hyrule Warriors roster. 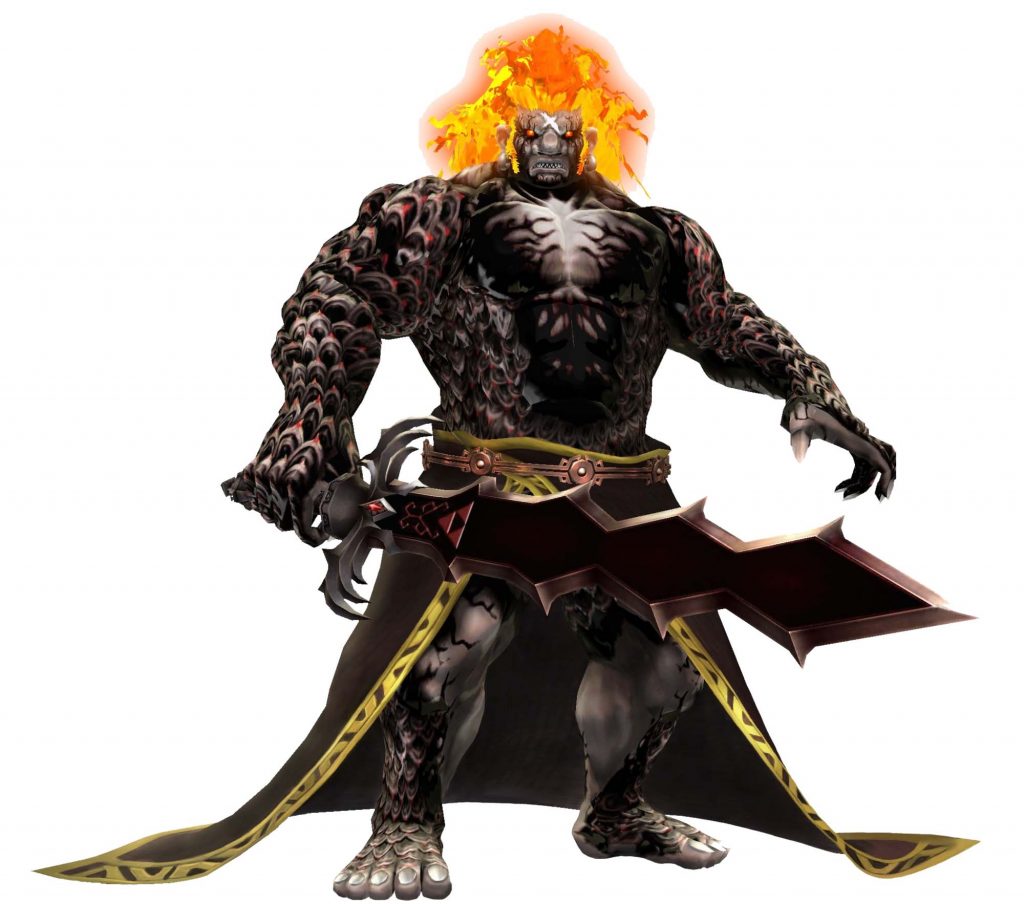 Of all of the Champions in Breath of the Wild, none is more fit for battle than Urbosa. The Gerudo warrior already comes outfitted with shield and scimitar, and her stylish battle skills shown off in the Champion’s Ballad would fit in perfectly with the Warriors style. Not to mention she can summon lightning with a freakin’ snap of her fingers. What’s not to love? It would be criminal for her to not make it into a future pack or game. 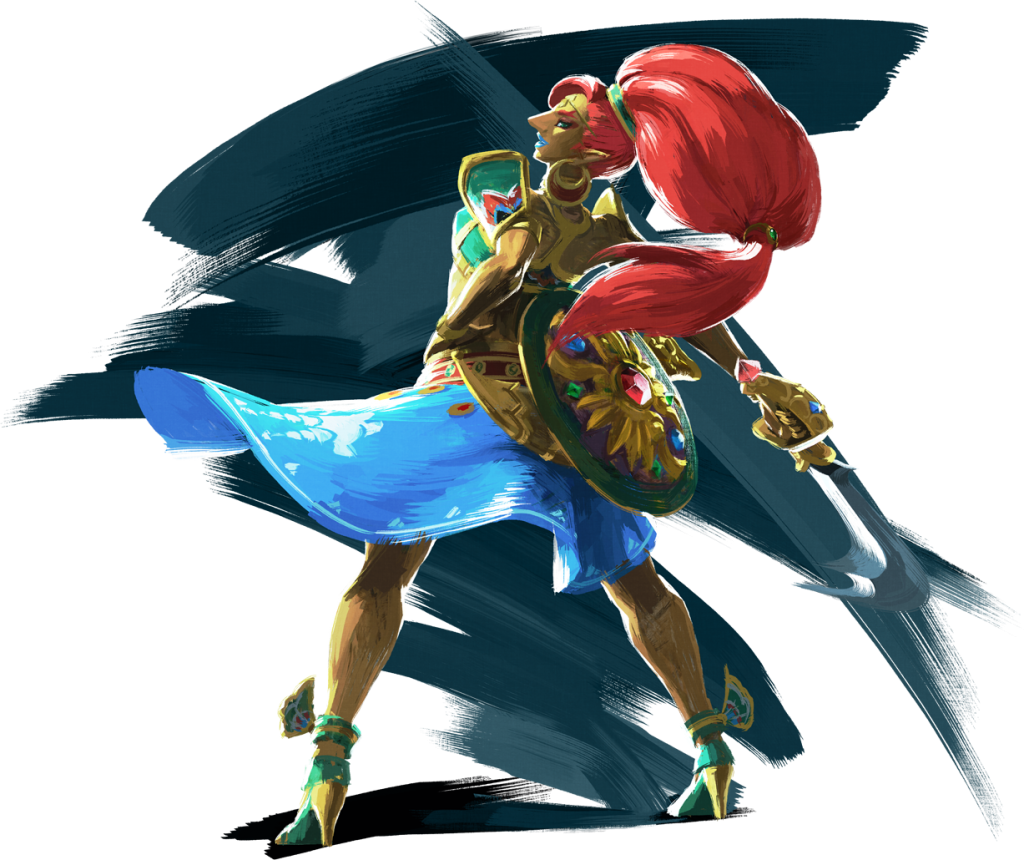 For another, more unorthodox pick, I’d love to see Makar from Wind Waker make his sonorous debut. Medli is already in the game, and with the reemergence of the koroks in Breath of the Wild there’s lots of ways his moveset could be utilized — various deku items (sticks, leaves, nuts, and so on), dancing with maracas, or perhaps using his cello to command the plant life around him. And for his special attack, he could sic hundreds of koroks on the opposition, each dropping a seed that sprouts into a tree of might that vanquishes foes. It would be the perfect amount of silliness for the title, and I know Makar can deliver. 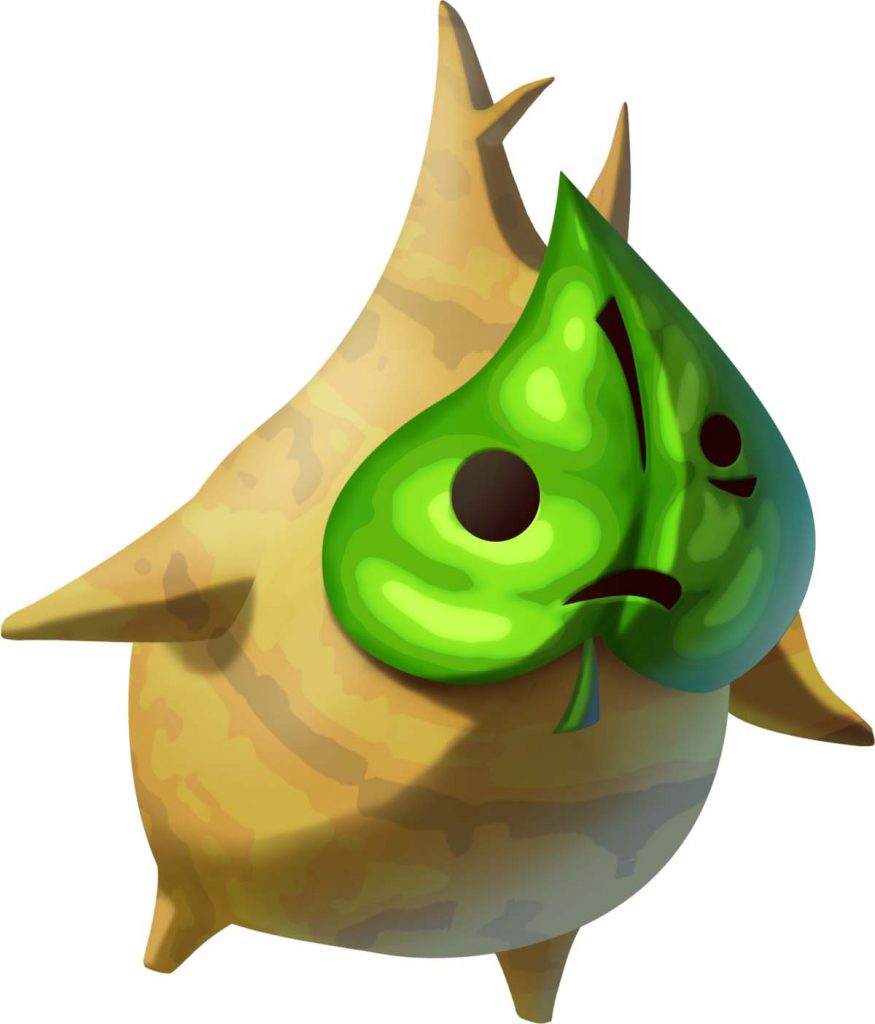 There’s nothing terrible about this turn of fate, The Happy Mask Salesman would be a perfect unorthodox addition to Hyrule Warriors. Being more in line with Agitha and Tingle, his animations would be a bit comical, but no less sinister with that ever present grin. Imagine being able to use various masks from the series as weapons: forcing enemies to march in line with the Bremen Mask before using the Captain’s Hat to lead Stalchildren in an assault, or sneaking into a crowd with the Stone Mask before switching to the Giant’s Mask to really crash the party. His Musou would be the best though, making his massive organ appear out of nowhere to play the Song of Healing and claim their troubled spirits as new product to sell, and spread more Happiness. 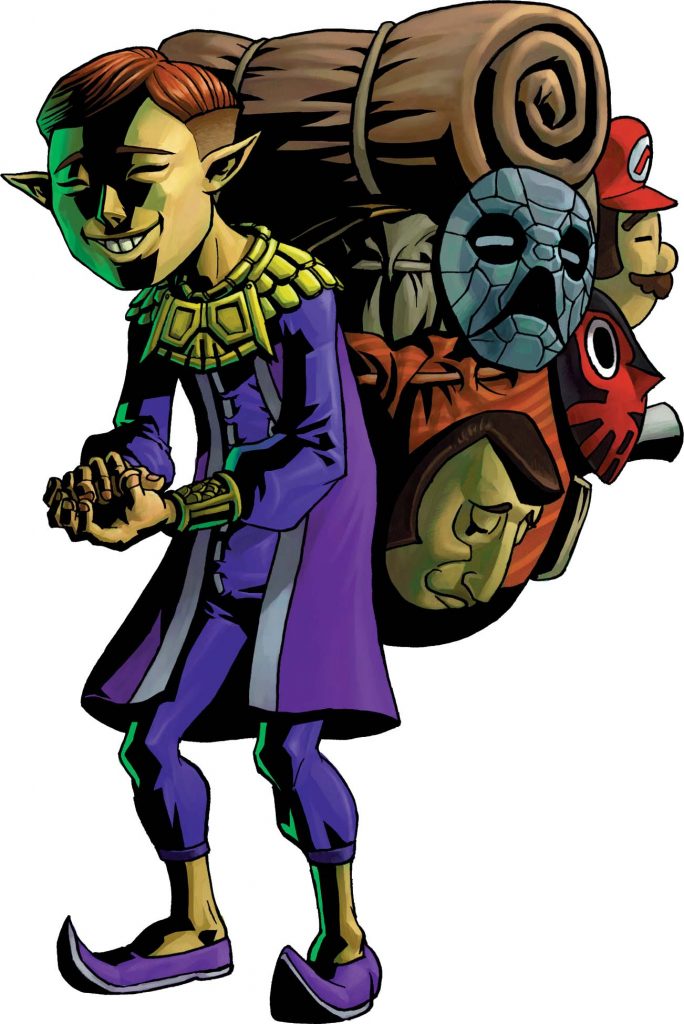 Whether you see her as the hag twins Koume and Kotake, or the single,  more… (ahem) endowed incarnation, Twinrova would undoubtedly make an interesting addition to the Hyrule Warriors roster. I’ve opted to include her as the single, combined character as I’m not entirely sure how the mechanics of controlling the two twins at once would work, but as the woman who fostered and cared for the almighty Ganondorf, it only seems to make sense that she get proper recognition. The powerful dichotomy of ice and fire could make for a really fun and appealing magic playstyle, and her status as an actual witch would give her an edge over enemies that not many other magic users have. After all, she did promise to come back and haunt Link eventually… 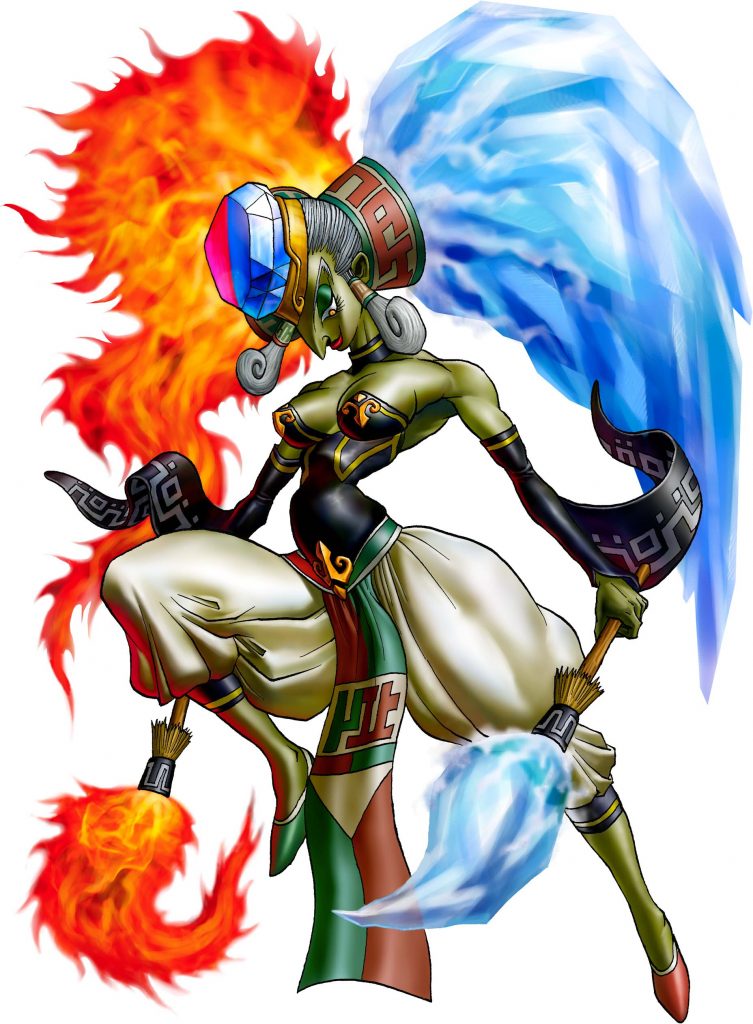 In the grand scheme of things, this list is hardly representative of all the viable Hyrule Warriors potentials, but personally they were some of our favorites. If we really wanted to, I’m sure we could think of several more characters from Breath of the Wild alone that could work, and that thought is both exciting and terrifying at the same time. How many characters can one person grind to Level 255 before going crazy?

We can only hope that most people agree with our list, but inevitably there’s going to be a few people who are hoping to see Groose make an appearance soon, and we can’t really blame you for that. But, we all have our favorites, and these are ours.

What do you think of our list, and what other characters do you think deserve a spot in Hyrule Warriors? Let us know on Twitter, or in the comments!