What’s up with My Nintendo? The service’s past, present and future

This spring, My Nintendo will add a second candle to its digital birthday cake, which has been pushing us to wonder where the program is going in terms of rewards. Personally speaking, every time I log in to earn points, cash them in for goods, or start pulling links to do a round-up article about what’s new for My Nintendo, there’s always a nagging voice inside my head:

“No Switch rewards yet? Where are the physical goods?”

Those words are echoed in comments within articles, Nintendo Wire’s Twitter account and more. When North American fans see physical reward goodies pop up on Japan’s My Nintendo, more comments follow about why it isn’t happening elsewhere — and the nostalgia, rose-colored views about Club Nintendo appear right alongside the remarks. 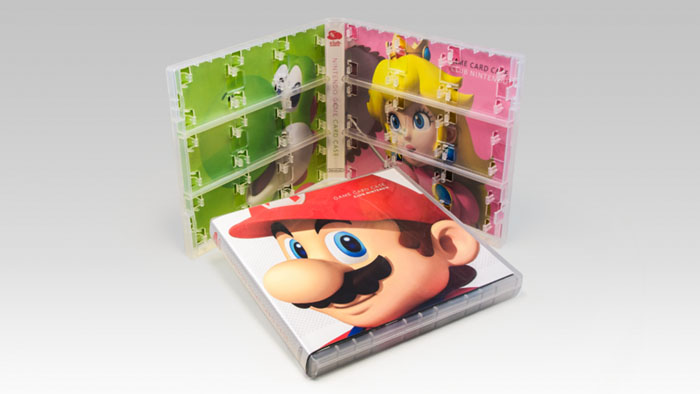 I get it. Even as someone who’s able to go to various Nintendo events and pick up the coveted My Nintendo physical freebie goods that appear outside of the site, I miss Club Nintendo, too. For months I’d wait until the 28th, 30th or 31st to cash out any almost-expiring points instead of having a laundry list of what items I’d want to snag. Luckily, Nintendo has been tinkering with the rewards program over the last year — so it’s very possible that 2018 might be the year that My Nintendo harkens back to its predecessor.

Does anyone truly remember Club Nintendo? Sure, you’d rack up coins to trade in for digital or physical goods. There were even some impressive pieces of merchandise — special posters, DS pouches, bags, shirts, etc. — but outside of Nintendo’s internal division that handled the program, I don’t think anyone has attempted to calculate the shipping costs. It was free for the fans, so why sweat it?

I did. Bit of an odd case here, but I’m reminded of what potentially went on behind the scenes years ago. Out in my garage, I have multiple poster tubes containing Club Nintendo posters. They were always my reward of choice, but two-thirds of those poster tubes have been bent in half. This wasn’t done by my own accord, but it happened somewhere in their postal journey. With just about every poster reward lot I chose, a pattern would soon follow: 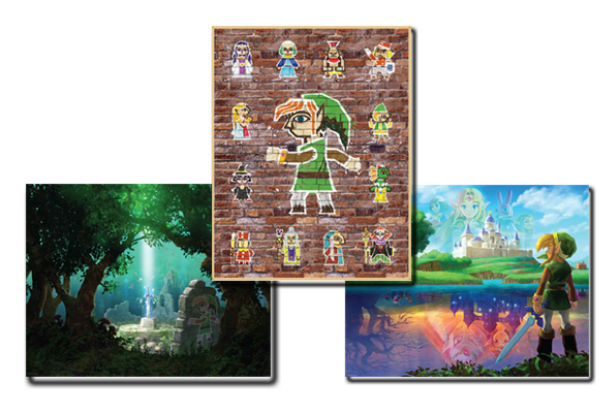 That’s right. I have three sets of various rewards from Club Nintendo sitting out in my garage. None will ever be sold since most of them are damaged, and the ones that aren’t will be fought over between myself and my brothers. Perhaps I might be a special case, but I wouldn’t be shocked if I wasn’t the only Nintendo fan who went through this repetitive ordeal.

Sure, some items were easier to ship than others, but when it takes the “third time’s the charm” rule to kick in for posters, there go your shipping costs.

Having a fan program is fantastic — but when it’s eating into a company’s budget, that’s when those working for it have to go back to the drawing board.

MII and MY NINTENDO

The only physical rewards for My Nintendo users have appeared in Japan. Either the item is free and a shipping charge is added, or the item is offered at a discount and you’re still paying for the shipping and handling. Outside of that, you’d have to attend any sort of Nintendo event that was promoting My Nintendo. Platinum Points for checking in or via code cards are a given, but if you were one of the first few hundred who checked-in or completed a task, you’d get prizes such as a My Nintendo water bottle or a My Nintendo pin. Without fail, these items would be snatched up quickly with some even appearing on eBay. Suddenly, a “free” item would go for $10 or more online, and Nintendo wouldn’t see any of the profits. 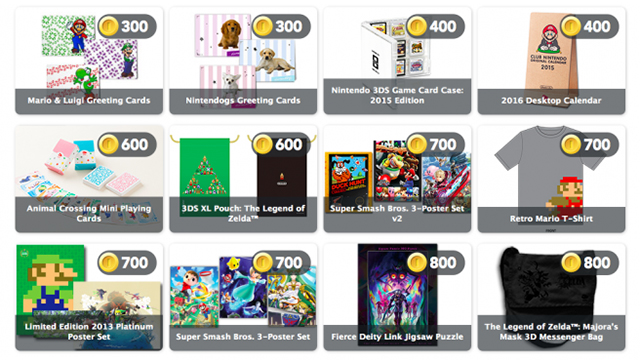 It’s a slap in the face — and if you think companies don’t care or aren’t paying attention, then you might want to rethink that.

The phone cases, New Year’s envelopes and posters provided by My Nintendo’s Japanese branch will be the testing ground for the world. Will this deter the items from appearing on the secondhand market? Will Nintendo be able to cover production costs and have some profits go back into the program? Maybe, maybe not.

While Nintendo is deciding that, what about that grayed out button that reads “Nintendo Switch rewards”? 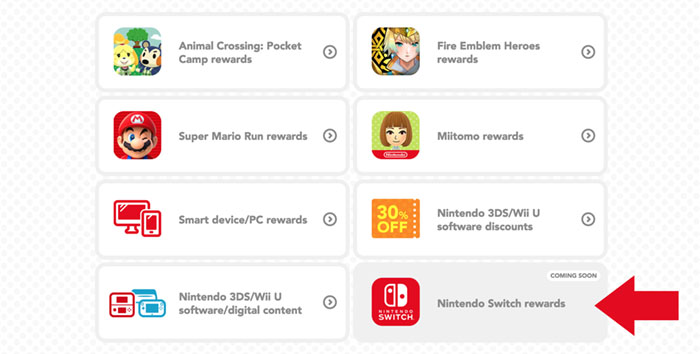 First, what rewards can Nintendo even offer for the system? To have the Switch mimic the 3DS’ reward line would be an easy solution, but the console isn’t as established as its handheld sibling. Themes are out of the question currently. Discounts could be applied to various games, but while the Switch has a fantastic library, you don’t want to start discounting games that aren’t even a year old (including ports).

So, where does that leave us?

Alright, it’s weird. Why jump to that game?

Back in the summer of 2017, 7-Eleven stores in Japan ran a promotion where codes were distributed when Splatoon themed merchandise was purchased. Four “different” clothing gear items were tied to this and within the fine print it was stated that the items could appear on My Nintendo “after 2018.” These clothing items cannot be ordered in-game, so why not follow through and start the Nintendo Switch rewards this way? 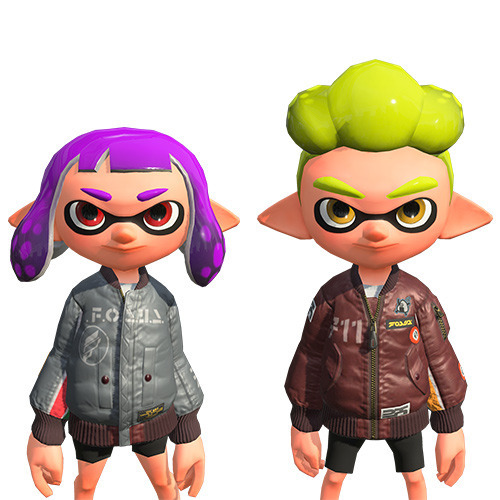 It might not be exactly what you want with Nintendo Switch rewards. That’s fair, but Nintendo needs a proper baseline to see how My Nintendo will work with the Nintendo Switch. Besides us fans, what will the casual and newbie crowd want? Will they even use the service?

I don’t have those answers. What I do know is that Nintendo is waiting, researching, pouring over the data from downloads and polls. You can argue that the company appears tone-deaf from time to time, but sometimes hands can be tied due to legalities and orders from “up top.” Despite that, Nintendo has a track record of surprising us and has proven that sometimes the wait is just worth it.