October is here, and Halloween is fast approaching! Here at Nintendo Wire, we all appreciate good, spooky fun, which Nintendo has been known to dish out pretty frequently around this time of year. In the spirit of Halloween, this month, I want to cover some more of the lighthearted spooky shenanigans that Nintendo has gotten up to in the past. Welcome, my friends, to Nintendo Wire’s Halloween Boo-tacular!

Who are you running from?

First up is perhaps the most legitimately creepy entry in this article. The “Who are you running from?” Easter egg is a particularly famous Easter egg present in the Game Boy Camera. The system’s menus are themed like a RPG, featuring options like SHOOT, ITEMS, MAGIC, CHECK and RUN. Each of these options opens up a menu that correlates to the camera function, except for RUN. Clicking run will load, most times, a picture of Africa and the text “You are now crossing the Equator. Jambo Nintendo!” Other times, however, it will load a slightly horrifying face that has been heavily doodled on, along with the question “Who are you running from?” There are a few different faces with accompanying creepy music, though one of the faces has a little extra layer to it when exiting out to the menu again, another image of a face will display with the message “Don’t be so silly!” It’s a strange and creepy Easter egg to be included in a Nintendo product, and I’m sure that more than a few children were terrified when they were exploring the different options of the Game Boy Camera. 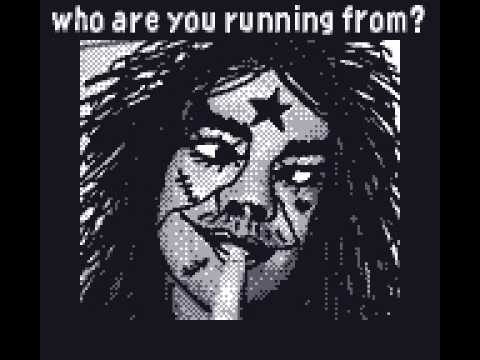 One of Animal Crossing’s most well-known mechanics is the way that it discourages resetting by implementing one of its most infamous characters, Mr. Resetti. In Animal Crossing: New Leaf, he appears only once after resetting. You can, of course, invite him back by building the Reset Center in your town; however, in the early days, resetting your game without saving would warrant a visit from Mr. Resetti every time you did it, with him getting progressively angrier the more you reset the game.

In the GameCube release of Animal Crossing, Resetti would even threaten to reset your game, deleting all your progress, though he never actually went through with it. This was only the case when resetting in your own town though — if you happened to be visiting a friend’s town on a separate memory card and reset without saving at your Gyroid, you would lose all your items, and when you restarted, you would come face-to-face with something far scarier than Mr. Resetti. Upon starting your game, the villager who helps you get your game going is shocked to see you, thinking you had been out traveling. He offers to start your game anyway, warning you that your stuff is gone. On the next screen, your own villager will walk out of their house, almost entirely faceless.

Your villager has two empty, black holes for eyes, along with another empty, black hole for a mouth. At first, this is clearly terrifying. Your villager looks almost soulless, with no real facial features to define them anymore. Players across the globe thought this was a glitch at first, triggered by the reset when data from another town was loaded. However, what has really happened is a grim reminder. You see, your character’s face has simply been replaced by the face from the Gyroid outside your house, the one you use to save your game. Nintendo deliberately included this mechanic to remind players to use the Gyroid to save — by giving you your Gyroid’s face. No Resetti this time, just a shockingly creepy reminder that you should always save before turning off your game.

Luigi in the rafters

It’s well-known around Nintendo Wire that I’m the world’s biggest Luigi’s Mansion fan, so I couldn’t resist covering it in one of our Boo-tacular articles. As it happens, Luigi’s Mansion as a whole is pretty spooky, but today I want to cover an instance that may have some truly dark implications. A bolt of lightning strikes the mansion late in the game, causing the power to go out — so all of the rooms you’ve worked so hard to light up plunge back into darkness. As you explore the mansion, Luigi will find himself in a room with three phones; answering the middle one will trigger what we’re looking for. If you wait after answering the phone, lighting will flash and illuminate the room for a second, casting Luigi’s shadow into the rafters, which eerily makes Luigi look like he’s hanging, lifeless.

You can watch it here:

Fans of the game who have discovered this like to believe it’s an Easter egg about the circumstances of the game. It appears as though Luigi is dead, hanging in the rafters, with his own ghost trapped in the mansion until he can calm all the restless spirits who reside within. This is punctuated by a line that Toad says on the very phone call that triggers the event. When Luigi answers the phone, Toad says, “I don’t know what I would have done if a ghost had answered!” People have interpreted this is an on-the-nose hint at Luigi’s real fate, given the shadow on the rafters; however, this is likely just an unfortunate glitch caused by the lighting from the lightning flash, along with the angle the camera is facing Luigi — since shadows in games are often subjected to glitches like this. Rather than a dark Easter egg, Luigi’s shadow in the rafters is pure coincidence and is the only thing hinting at the crazy theories that fans have jumped to within this game.

As creepy as this segment is, it might not technically qualify as an Easter egg. Still, it can definitely freak out unsuspecting players who are playing alone in their rooms, in the dark of the night.

That’s going to do it for this edition of Nintendo Wire’s Halloween Boo-tacular! Do you have a favorite creepy or spooky Easter Egg in a video game? I know there are several more that I haven’t covered here, so please, share them with us below in the comments, or over on Twitter! Stick around, since the next edition of the Boo-tacular is a big one. We’ll be focusing on Mario-specific spooks! And if you haven’t yet checked out our first Pokémon-centric entry in our Boo-tacular series, we highly recommend you do so now.