October is here, and Halloween is fast approaching! Here at Nintendo Wire, we all appreciate good, spooky fun, which Nintendo has been known to dish out pretty frequently around this time of year. In the spirit of Halloween, this month, I want to cover some more of the lighthearted spooky shenanigans that Nintendo has gotten up to in the past. Welcome, my friends, to Nintendo Wire’s Halloween Boo-tacular!

The Pokémon Company always knows how to get into the spooky spirit, dating all the way back to Lavender Town in Pokémon Red and Blue. Lavender Town is home to the Pokémon Tower, a cemetery built specifically for Pokémon. Several Ghost-type Pokémon reside in the upper floors, giving Lavender Town a reputation for being especially creepy. The fact that there are myths regarding Lavender Town’s music doesn’t help this reputation either. A widely circulated rumor was that the Lavender Town music from the original Pokémon Red and Green was too high-pitched, causing children to have headaches and general feelings of dread, which prompted the Pokémon Company to change the tune played in Lavender Town for the US release of the game. However, none of these rumors are true: the song wasn’t changed between regions, because there were no actual cases of the song affecting children. It’s just a generally creepy-sounding tune that really fits with the overall theme of the town. That tune, by the way, gets even better in the remakes, Fire Red and Leaf Green.

Lavender Town isn’t the only spooky place in the Pokémon world; nearly every region has its own haunted areas both big and small, where players can explore to find plenty of Ghost-type Pokemon. The Old Chateau is another decidedly spooktastic location in the Pokémon world. Located on the northern edge of Eterna Forest, this enormous mansion was abandoned by its owners and has fallen into disrepair. Now home to plenty of Ghost-types, including Rotom, the Old Chateau also houses a couple human ghosts. The ghosts of a little girl and a butler can both be seen wandering adjacent rooms in the Chateau while the player is exploring, though they can never be interacted with, as they disappear when you go searching for them. This isn’t the last time players encounter human ghosts in the Pokémon world either. There are plenty of spooky encounters like this in subsequent games in the Pokémon franchise, from Unova’s ghostly girl on Marvelous Bridge, to the repeated terrifying Hex Girl Ghost encounters in Pokémon X, Y, Omega Ruby and Alpha Sapphire.

Every new Generation of Pokémon has introduced new Ghost-types and most of them are absolutely perfect. There’s a Ghost-type Pokémon out there for everyone, whether they’re adorable, like Shuppet or Phantump, or terrifying, like Palossand, Trevenant or Spiritomb. Each of the Ghost-type Pokémon often have downright horrifying Pokédex entries, with mention of them kidnapping children, being created from lost toys possessed by vengeful spirits, stealing spirits altogether, or straight up being created from the ghosts of dead humans. One thing is for sure: Game Freak knows how to creep out gamers with these descriptions, prompting a flood of articles all over the internet in recent years, promising things like lists of “The Five Creepiest Pokédex entries in the Pokémon series.” 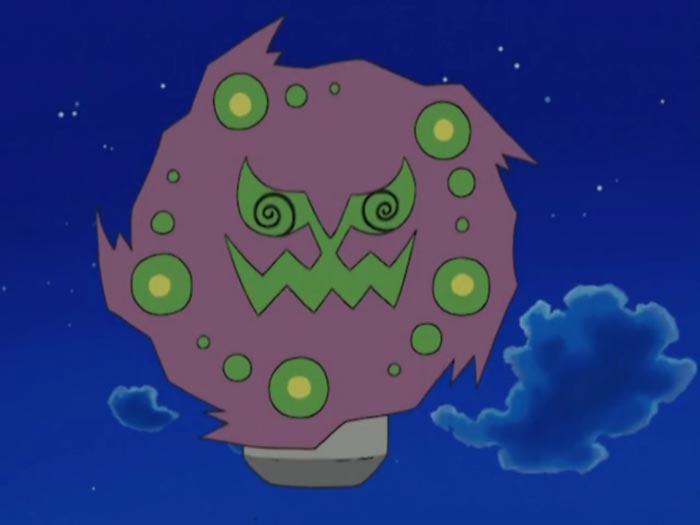 The Pokémon Company also likes to have a little Halloween fun outside of the games, from pumpkin carving stencils featuring various Pokémon and video playlists on its website showing off the spookiest episodes of the anime, to its annual Halloween lines of merchandise in the Pokémon Center. There are plenty of Halloween treats to go around when it comes to Pokémon! This year is a particularly great one, featuring adorably dressed Pokémon like ghost-poncho Pikachu, Scarecrow Mimikyu, and the Alolan Starter Pokémon, all decked out in Halloween accessories!

Well folks, that will do it for this Pokémon themed installment of Nintendo Wire’s Halloween Boo-tacular. If you have a favorite spooky Pokémon moment, tune, or Ghost-type that isn’t mentioned here, please let us know over on Twitter or in the comments below! We’d absolutely love to hear from you! Make sure you keep Nintendo Wire your favorite haunt this October, so you don’t miss our next Boo-tacular entry in the series, focusing on haunting Easter eggs in Nintendo games!