In the lead up to the launch of Super Mario Odyssey we’ve seen a few mobile calendar wallpapers from the game’s Japanese Twitter account, with one for Bubblaine in August and another for Fossil Falls in September. Now October is here we’ve got another, this time focusing on one of the game’s most iconic kingdoms – New Donk City. 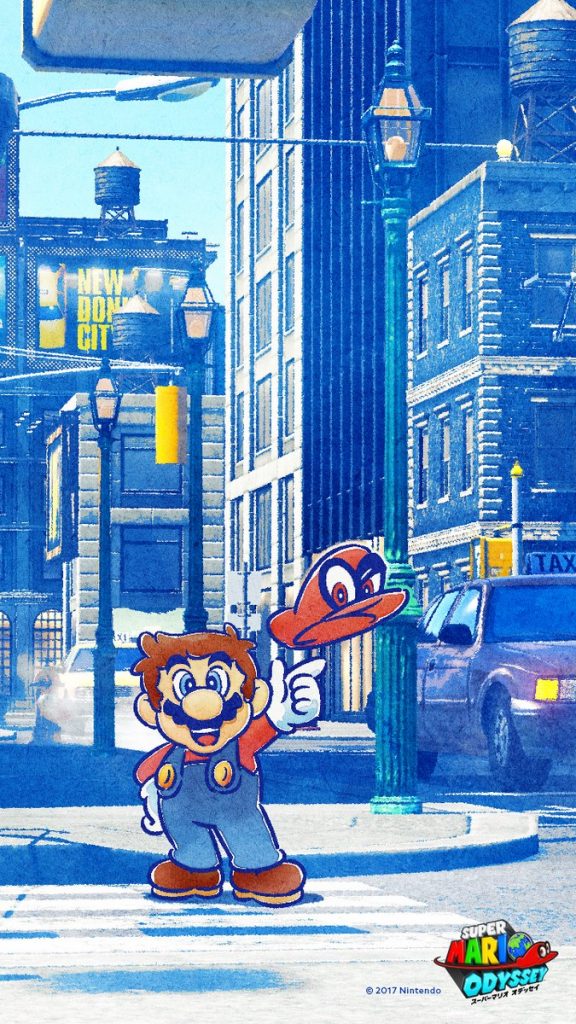 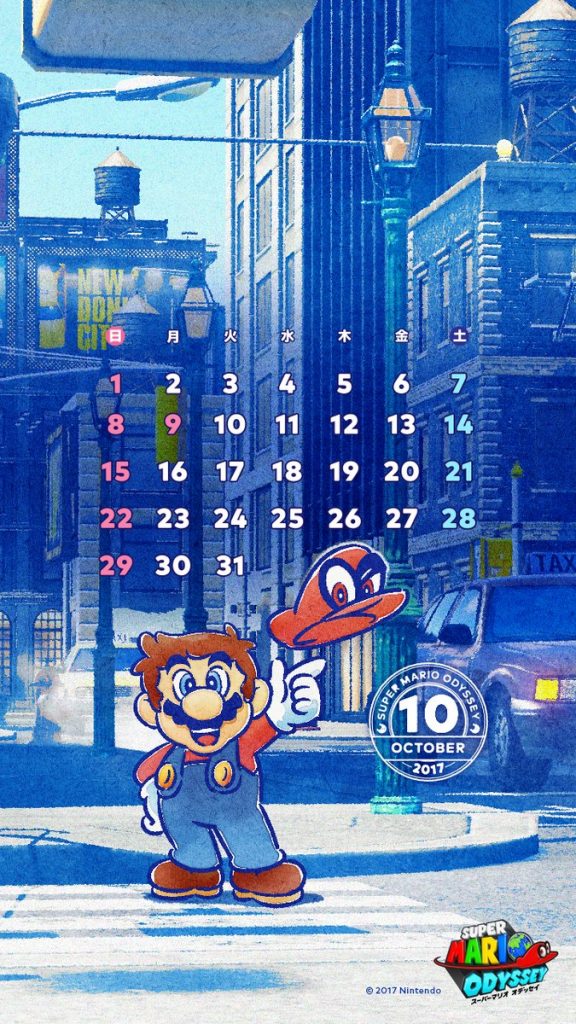 As October is Odyssey’s launch month, the wallpaper fittingly uses a new take on the game’s most commonly seen piece of artwork – Mario holding Cappy. Also intriguing is the background which looks like a stylized render of the game itself – could it be a Snapshot mode filter?

You’ll be able to dive into Super Mario Odyssey in just under four weeks on October 27th. Whether this’ll be the last calendar wallpaper, we’ll just have to wait and see.