The official Super Mario Odyssey Twitter account in Japan has just released two brand new mobile wallpapers featuring Mario swimming with the Cheep-Cheeps in an attempt to locate a moon at the bottom of a large body of water. 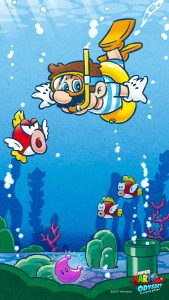 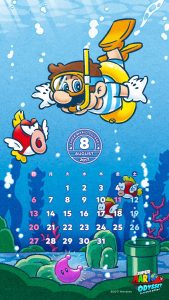 While this isn’t necessarily confirmation that we’ll be seeing a water kingdom in Super Mario Odyssey, it’s now definitely a real possibility, especially given the brief appearance of a Mario possessed cheep-cheep back in the E3 trailer. With water levels being the bane of many gamers existences, what do you think about the inclusion of a water level in Super Mario Odyssey? Let us know below.