Super September: Boosting up to Mode 7 with F-Zero

There were only two games available on the Super Nintendo when it released in Japan, both of which are making their way to the SNES Classic. Super Mario World was undoubtedly the star of the show, supercharging an established series and eventually going on to become the best-selling game on the system. But it was still familiar, still “Mario” even if it was really, really good. Anyone who wanted to show off the new system’s capabilities, and how it offered a different experience compared to the NES, had one option — and it was a damn fine one.

F-Zero brought us to the year 2560 for an intergalactic, high speed, anti-gravity racing grand prix. That alone sells me on it, but what made the game so distinct from existing experiences was a little graphical setting called Mode 7. This feature allowed for backgrounds to display in a pseudo 3D way, with added depth and the ability to rotate around the foreground sprites. It was this, paired with the presentation of the world’s flavor, that gave the game its unique sense of speed. Several other games would use Mode 7, like fellow North American launch title Pilotwings and a handful of other games on the SNES Classic, but F-Zero was first and fastest off the starting line. 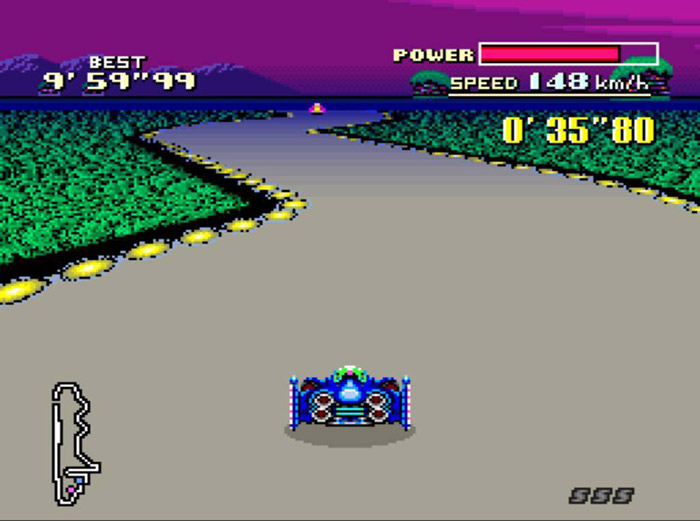 That thrilling sense of speed comes courtesy of aspects of the gameplay and design as well. Being able to boost your craft at times adds not just to the action of the race, but strategic possibilities when it comes to shaving seconds off your best times. You also had a limited number of shifts and, effectively, a health meter to manage. The risk of having your craft break down always made me think about racing differently, as a sort of resource management exercise paired to the tight reflexes needed to pull ahead of the pack. Add in dash plates, jumps and energy recharging lanes and tracks go from simple five lap strolls to the perfect recipe of retro racing. It may not have invented several of these things, but the added graphical capabilities and that trademark Nintendo polish made first place an easy feat.

What makes F-Zero appealing is just how much flavor and variety comes along with this setting. Over time, the series would gain a varied and unique cast of characters from across its galaxies, and even when there were only four available characters in the original game it was enough to get my imagination running. The character Pico, pilot of the Wild Goose, was my go-to in the original game, both for how well his machine worked for me and because, as a pilot, he was the only non-human character at the time. That said, Captain Falcon was (and is) the face of this series — and even though there’s no punching to be done here, I’m still always happy to hop behind the wheel of the Blue Falcon. 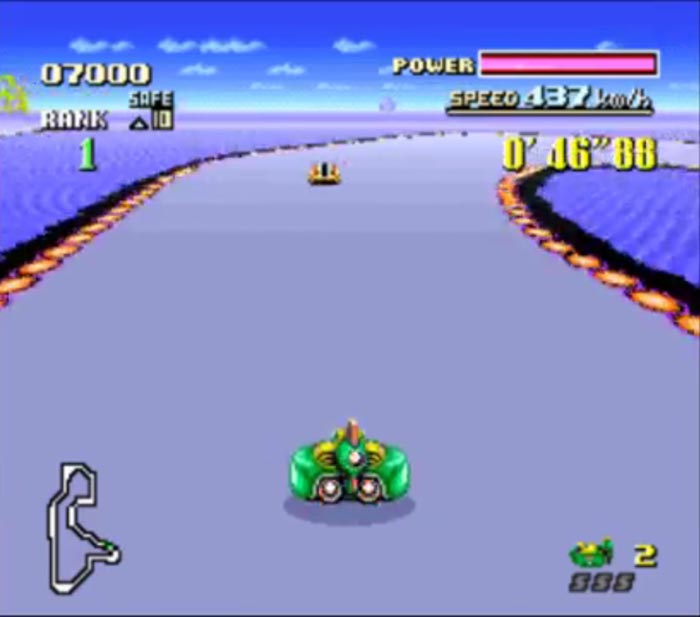 It was F-Zero’s sense of speed and space that would go on to inspire an entire subgenre of racing games. Series like Wipeout and Fast Racing owe a lot to F-Zero, and it all started back in 16-bits in 1990. It’s not perfect, lacking multiplayer and feeling restrained compared to later entries in the series, but you owe it to yourself to give the original a try when you boo(s)t up your SNES Classic for the first time. You might just get on board with the moves it shows you.