The first Xenoblade Chronicles is one of my favorite games ever. Its rich story, complex characters, mesmerizing world and beautiful soundtrack will forever stand as a testament to the artistry of games for me. Yet when a spinoff/sequel sort of thing was announced a couple years back — Xenoblade Chronicles X — I found myself only cautiously optimistic. “It’ll be good,” I told myself, “but probably not as good as the first.”

After digesting that game in part (I didn’t have the time to get through it all), I found my suspicions mostly confirmed. XCX was a fine game, maybe even a great one, but it wasn’t really much of a followup to the masterpiece I loved so much. It had a somewhat similar feel, but something about the soul of the experience seemed off to me. Still, I enjoyed my time with it, and wondered what Monolith Soft would do next. 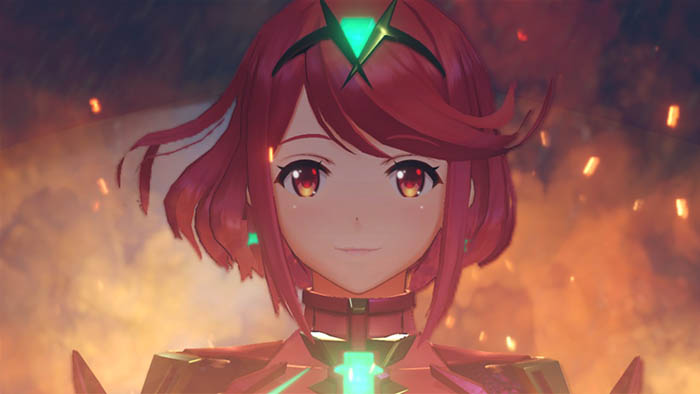 Imagine my surprise back in January when Xenoblade Chronicles 2 was revealed. A proper sequel to the first game, taking many of the same cues, focusing once more on the story… I didn’t know what to think. But again I reigned in my expectations. “I don’t really know much about it. It might be like X again.”

Nintendo’s E3 presentation didn’t focus on XC2, but it didn’t shy away from it either. The first trailer of the Spotlight focused on the title, delving into the story and concept of the game while remaining relatively vague. (Read our breakdown for more info.) The trailer didn’t dig too deep, but that was perfectly fine for me — much of my enjoyment of the series comes from its multitudinous twists and turns, so having too many details would spoil a bit of the fun. 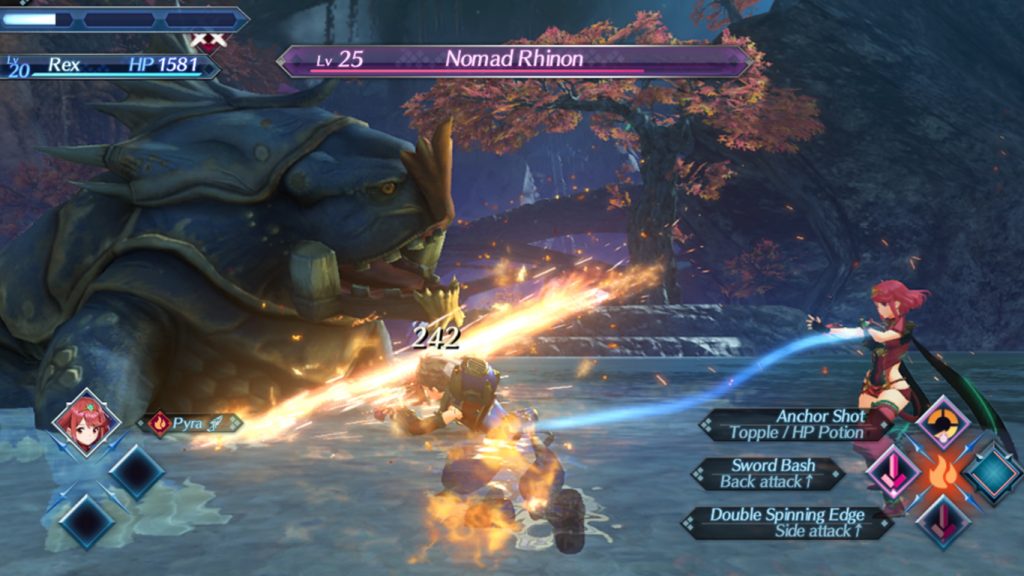 It was later during Treehouse that we really learned most of our info about the game (as it wasn’t playable on the show floor), and that’s when my excitement grew. The changes Monolith have made — and the similarities it’s retained — are on point, simultaneously harkening back to the original Xenoblade while standing out on its own.

To begin with, battles appear to be fundamentally different from XC1 and XCX. The main new feature is the Blade system. Essentially, each playable character (known in-story as a “Driver”) can equip other characters or creatures (known as “Blades”), which will affect which weapon the character wields as well as the Arts they can utilize. For example, the game’s main character, Rex, can equip the game’s deuteragonist, Pyra, to wield a sword and use Arts based on positioning. But he can also switch to the Blade Foudor to equip an axe and use Arts that can launch or topple foes. It’s a slightly more nuanced version of the Arts systems from the previous game, and will make you think about your loadout before you enter battles. 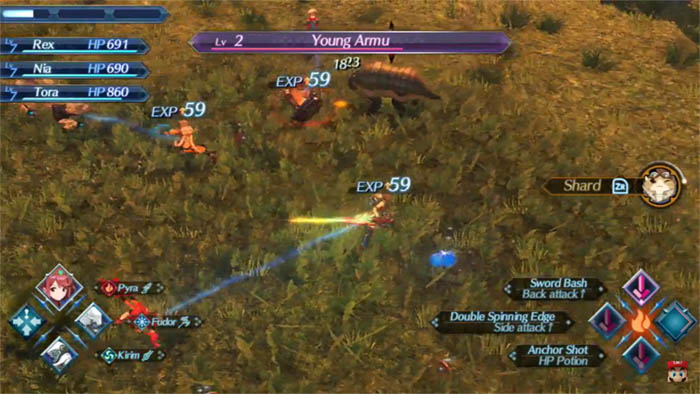 A couple of other changes also seem liable to shake up the way gameplay works. Every Xenoblade title has a different “push a button with good timing when prompted during battle” effect — XC1 boosted party affinity and tension, while XCX provided health and other benefits. In XC2, it appears that this feature is now involved in special attacks — hitting the prompt correctly will hit the enemy with devastating force. What’s more, if multiple characters in your party build up their meters at once, you can all unleash your special attacks at once (using successive prompts) for a “chain” effect that deals even great damage. It’s like a cool combination of XC1’s Burst Affinities and Chain Attacks, and something I’m greatly looking forward to trying out.

A seemingly insignificant, but important, change is also found in the game’s auto-attacking. In XC1 and XCX, your characters would automatically attack enemies while moving (provided you were in range), allowing you to position yourself better for using certain Arts. In XC2, you must have your feet planted firmly on the ground to auto-attack — but in turn, you’ll now have a short combo instead of a single swipe. Thus, even whether to stay and attack or move your position is a choice you have to make in battle. All of these tweaks don’t change the core nature of Xenoblade battles, but it seems that they will offer a radically different experience. 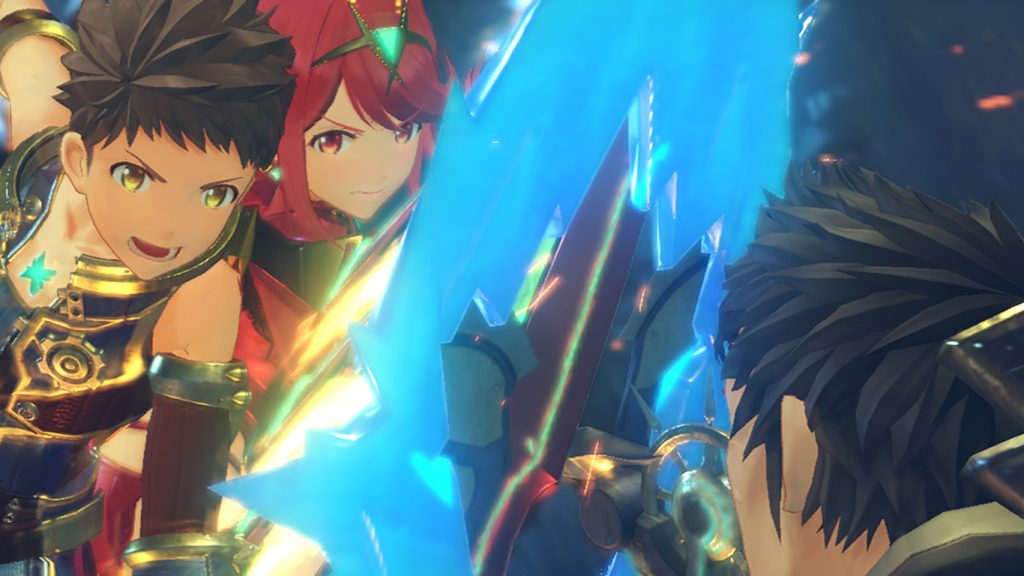 From a presentation standpoint, I also found myself pleased. While there’s been some dissent online about the character designs (due to be younger looking and more “anime” than the previous games), I don’t think they’re too bad — Rex’s scuba pants aside. Xenoblade has always excelled more in the environmental design department anyway, and the sights on display were appropriately stunning. Many monster designs and names are also returning from the first game, strengthening the callbacks and hinting at possible connections in the story. Not to mention the news that we’ll be able to visit multiple Titans in this game, which makes me salivate wondering what sorts of designs the team will come up with.

Another exciting bit of news after the conference was that the game would be localized by Nintendo of Europe, just like the first Xenoblade. Given its stellar job the first go around, I have high hopes for the same quality localization (and endlessly quotable battle lines) this time. And don’t even get me started on the music — the trailer song alone was enough to ensure me that this soundtrack will be a worthy follow-up to the first game’s, which is arguably the greatest of all time. This all, of course, is disregarding the most important point of all — that we have another playable Nopon again. This game is going to be incredible!

Half-joking aside, the showing of Xenoblade Chronicles 2 at E3 was just about everything I needed it to be — an assurance that it was following in the first game’s footsteps, even if it wasn’t a direct sequel; as well as a display that it would be familiar in feeling and scope and yet unique in mechanics and design, so that it can stand on its own two legs. Whether it makes this holiday or is delayed to next year, I’m more excited for the game than ever, and I sincerely hope that it’s a laudable sequel to one of my personal favorites.