The Squid Research Lab has unveiled several new weapons and sub-weapons that will be making their way to Splatoon 2 next month. Check them out below! 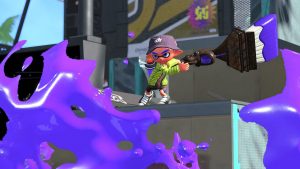 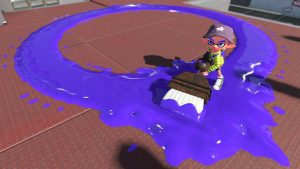 Artists of all matches, the Octobrush is returning! This roller-type weapon is perfect for taking down enemies, laying down ink as fast as you can, and running off to all areas of the map! In Splatoon 2 it does get a slight retool in the form of new sub and special weapons. 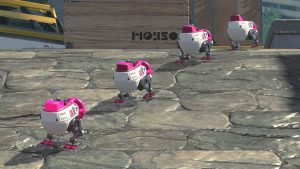 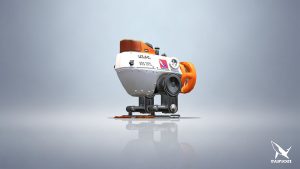 Welcome Robot Bomb, the replacement to Squid Beakon. This endearing boat-like, whale-like, and even dog-like weapon are a big upgrade to the Seeker sub weapon. Throw one of these guys down and the moment an opponent enters the perimeter they are done for.

You’ll briefly take to the skies in this jetpack fueled by ink and the possible tears of your enemies. Instead of swimming through ink as the Kraken, this flip of sorts will make matches interesting. Studying the games new maps will allow you to come up with new escape plans as you reach new heights!

Tucked away in Nintendo promotional teaser for ARMS, Splatoon 2 and Pokkén Tournament DX a few official names for special weapons appeared. Tenta Missiles and Splashdown (originally translated as “Poison Mist” yesterday) in addition with Inkjet can be used to turn the tide in your favor – from dealing out splats to covering some much needed turf at the last second.

What weapon do you think will be featured tomorrow? Hoping that a Charger or Slosher will be detailed? Let us know in the comments down below!