If you’ve been following our merchandise coverage for the past year, one thing should be clear by now – Japan loves Kirby. For the little pink guy’s 25th anniversary we’ve had retro goodies, two very different kinds of conductor Kirby, and even some glow-in-the-dark wall socket covers. Now, the gluttonous hero of Dream Land is getting in the summer spirit with some ice cream.

As collated by Anime Now, the Ice Cream Kirby collection is being released via Banpresto’s “Ichiban Kuji” goods lottery at Lawson, HMV, book stores, hobby shops, and arcades around Japan beginning July 25, 2017. This means some items won’t be easy to get, especially for importers. There’s no harm in being charmed, though, so let’s take a look.

The grand A prize is the 28-centimeter plush below, where Kirby is being ever-so-slightly weird by eating ice cream with his own face on it.

The same goes for Waddle Dee, though he’s at least wearing a dapper hat to presumably avoid sunstroke unlike that reckless Kirby.

Next we have the slightly more common items, which include a tote bag, two plastic pouches, dessert glasses and some towels. 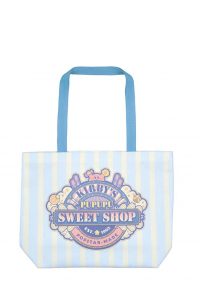 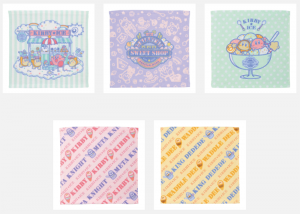 There’s also a selection of cute keychains that give us a look at King Dedede and Meta Knight in edible form.

Finally, those who draw the last lot will get a special cushion showcasing Kirby’s disrespect towards wait staff.

While we can hope this merchandise heads west it’s most likely a long shot. We’ll be sure to let you know if that changes, though!