We’ve known about the Kirby 25th Anniversary Orchestra Concert coming to Japan for months now, along with the fact there would be exclusive merchandise tied to the event. Today’s the day they make their grand debut, and as predicted they feature the likes of Kirby, Meta Knight, Dedede, Waddle Dee and more all done up for the occasion with instruments in tow. The items look very similar, in terms of variety available, to the assortment that accompanied last year’s Kirby Cafe. Having visited and spent plenty at that event personally, I can assure that that’s a good thing for anyone that has a chance to get their hands on any of these, be they in Japan now or planning a summer vacation. So time to raise the curtain, start up the overture, and get to it!

Moving down the line, we have a pamphlet on the event itself and Kirby’s history with involvement by Kirby’s creator, Masahiro Sakurai. With conductor Kirby happily waving his baton on the cover it’s both adorable and educational for anyone interested in the topics at hand. It’ll pair nicely with the next item, a similarly styled clear file/folder. These are everywhere in Japan and more useful than they may seem at a glance, and anyone that wants to keep their pamphlet looking good might want to consider keeping it in one. 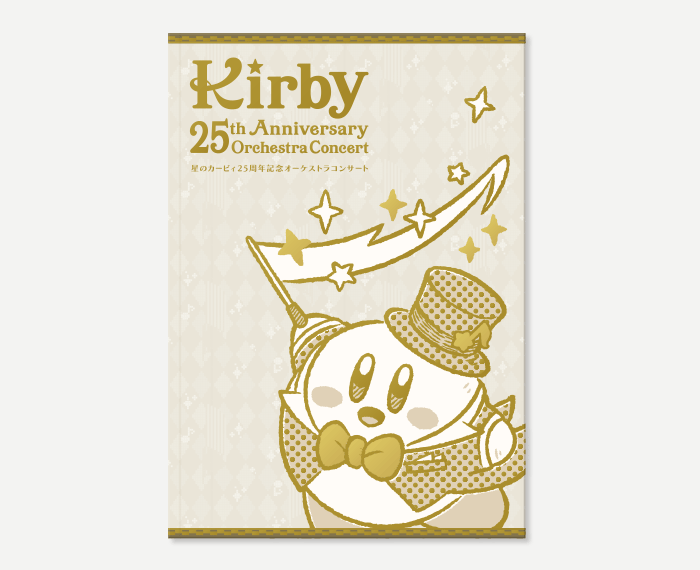 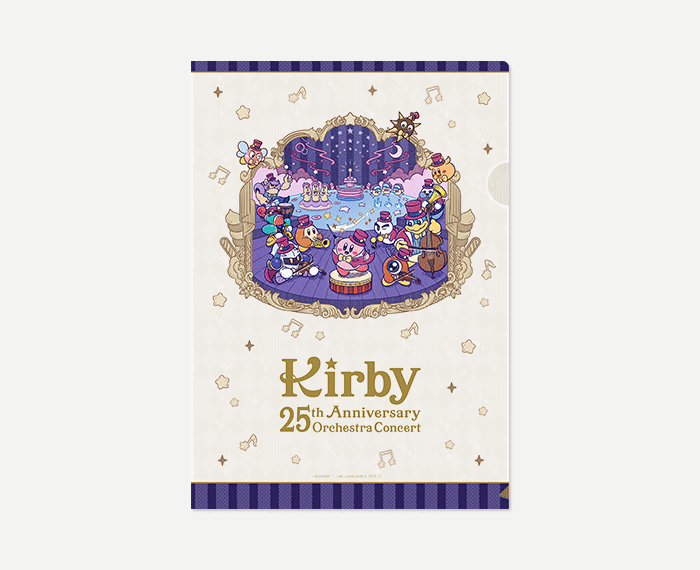 A rounded memorial glass will be available as well, with a specially designed, gold colored logo. Keeping the gold theme going, a long-style towel featuring the core Kirby cast in their formal wear will be there to tempt concert goers. In blue and gold, it’s a great balance of color, though both of these items are more for displaying than using. But I mean. You still could. 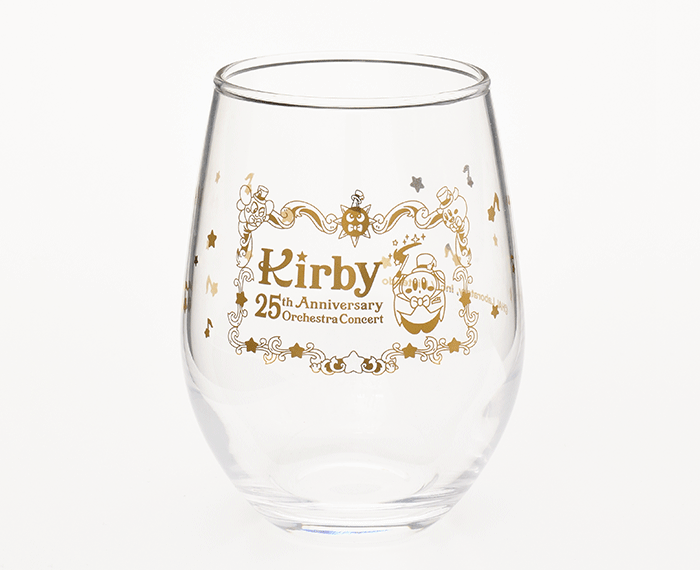 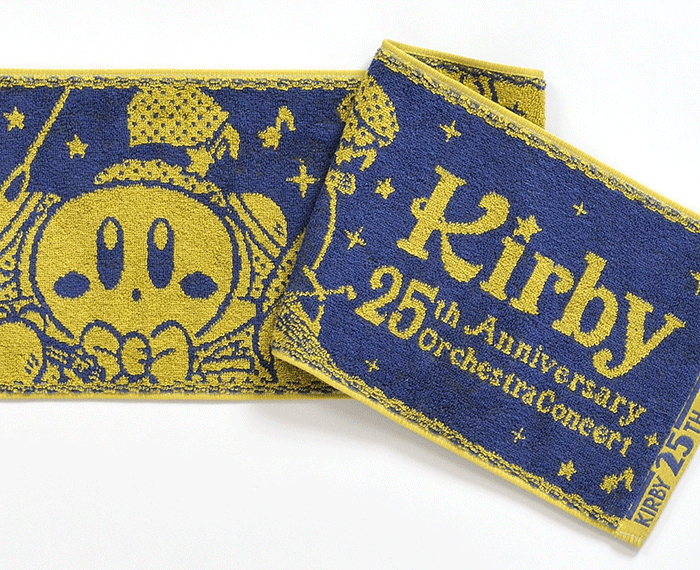 Anyone that likes a little random chance, there will be six square-shaped badges available via gachapon. These are the four core characters, Waddle Doo, and a design of three Waddle Dees sitting in the audience. A special box looks like it will be available along with the key visual as a badge, making the grand total seven. 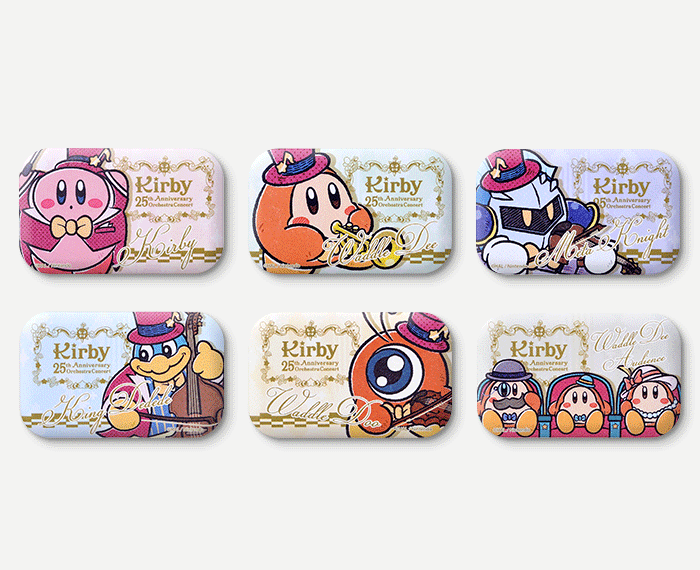 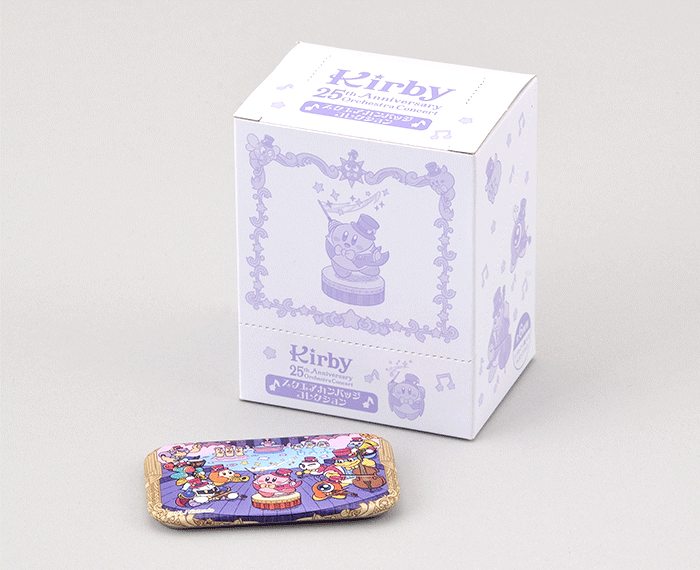 Two washi tape styles will be sold as a set, with one design being set to match the key visual and the other set to look like sheet music with a Kirby twist. There will be T shirts and tote bags on hand too, both featuring the key visual in gold on white backgrounds for a nice, subtle contrast. 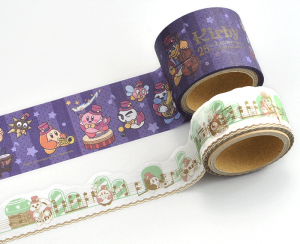 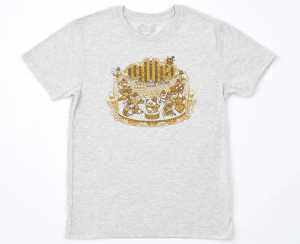 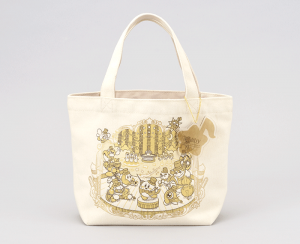 Last but not least will be a stuffed Kirby charm with Dream Land’s hero in his conductor’s outfit. With a coat and top hat in matching purple, it’ll be one of the most irresistible pieces at the events for sure. 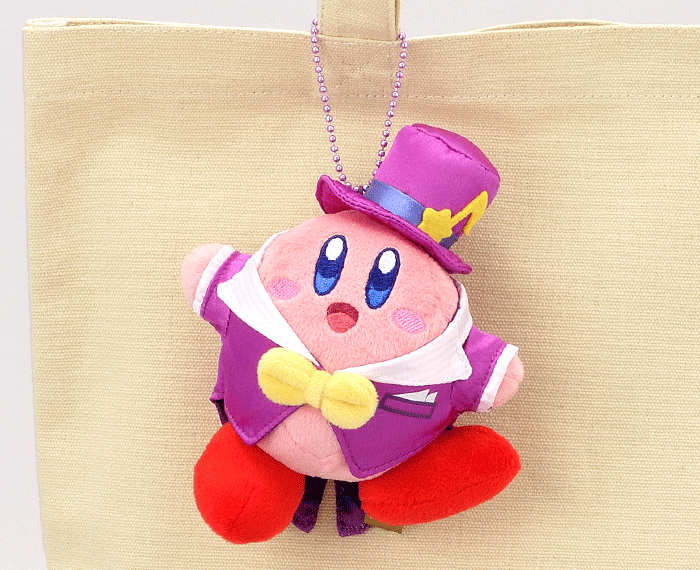 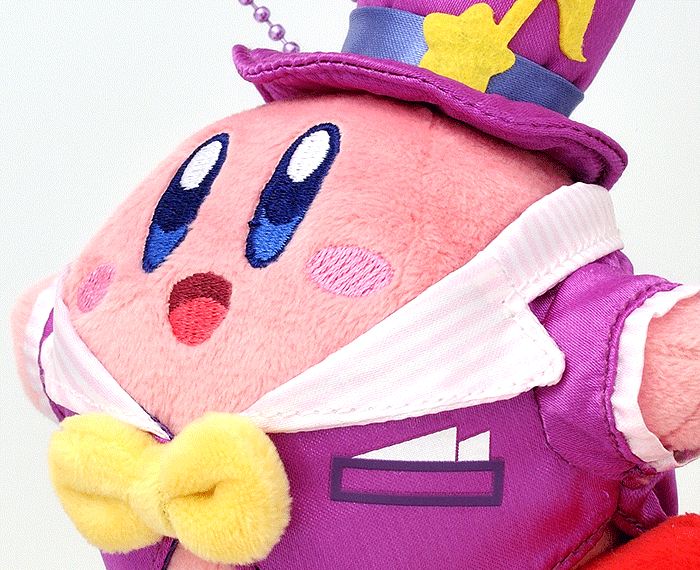 Have a favorite of these? Wishing on the stars to make it to one of these concerts yourselves? I know I am! Feel free to share your thoughts below and look forward to more on Kirby’s 25th Anniversary.