Fun news, squid kids! It looks like we have more information about the all new co-op mode, Salmon Run, that’ll be making its debut in Splatoon 2.

Back in mid-April, we discovered that the mode would pit four players against countless waves of Chum, the creeptastic enemies that attack with frying pan-like weapons. The Splatoon Tumblr just revealed that Boss Salmonids will work alongside the Chum by serving as the mode’s ferocious “big baddies” that drop the highly coveted Golden Eggs. The crazy factor with these guys doesn’t end there though, because apparently, they’re available in a range of shapes and sizes, which could prove to make the challenge pretty intense for those trying to snatch their eggs. 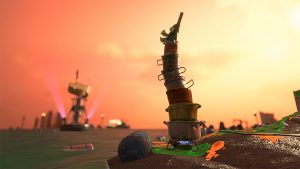 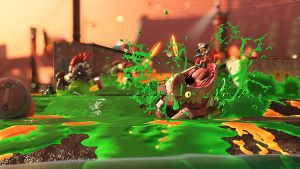 So what’s the purpose of grabbing these Golden Eggs? What’s the story behind Boss Salmonids? It seems there’s still more to learn about Salmon Run, and we couldn’t be more excited to find out every nitty-gritty detail. Stay tuned as more information is released!