The best video games start with a seedling of an idea — a singular core concept that lies at the heart of the gameplay experience — and slowly nourishes it to perfection. Mario’s tight platforming, Zelda’s scope of adventure and Metroid’s sense of exploration are all prime examples of franchises with strong identities and lasting influences on their respective genres (for the most part). Showing unwavering resolve towards your vision despite prior conventions can sometimes lead to unexpected, yet profound experiences — like Breath of the Wild’s open-air adventure — to take hold and flourish. Though like a single weed in a bed of flowers, straying too far can quickly spread into chaos until your original intentions are buried under a thick brush of largely forgettable, half-baked ideas.

Fortunately, TumbleSeed falls in the former category: a perfectly pollinated masterpiece with a strong conceptual conscience unlike anything I’ve witnessed in my 30 years boppin’ Goombas and slayin’ Octoroks. Intertwining procedural roguelike challenge with radiant whimsy and an intuitive control scheme not seen since the ‘80s, TumbleSeed proves a breath of fresh air in a field overgrown with tired tropes and relentless rehashes.

JUST ANOTHER DAY IN PARADISE

TumbleSeed quite literally gets the ball rolling with a tall tale of prophetic heroics and inescapable destiny. You play a sacred seed heeding a mountain’s call to plant yourself atop its perilous peak. By doing so, many of its native inhabitants — also sentient saplings — believe order and balance will be restored to their once whimsical world, ushering in a new age of peace and prosperity.

First and foremost, the game’s somber soundtrack deserves immense recognition for perfectly capturing the playful mood of each uniquely themed ecosystem. Composer and sound designer Joel Corelitz, known for his work on The Unfinished Swan and Hohokum, once again knocks it out of the park with a melodic tsunami of atmospheric beats I won’t be forgetting anytime soon.

It’s hard not to be completely absorbed by Tumble’s gorgeously picturesque presentation. Everything from the crisp, clean interface to the beautifully pastel sprite work oozes a level of perfect polish many games strive to achieve. To merely call it cute would be a grave disservice to the tractor beam levels of pull this charming aesthetic has in captivating your eye holes. That’s a good thing, too, because buried beneath its deceptively cheerful exterior of bright colors and solid shapes is one of the most pleasantly punishing roguelikes I’ve ever had the honor of spewing obscenities towards.

Both in gameplay and difficulty, TumbleSeed’s humble roots are firmly planted in ‘80s arcade nostalgia. It essentially plays like a modern, souped-up version of Ice Cold Beer: an old mechanical arcade cabinet about guiding a steel ball on rollers through a vertical maze of crisscrossing pitfalls. In similar fashion, players use both analog sticks to tilt a horizontal, screen spanning vine left or right in an effort to manipulate their slippery seedling’s movement speed, trajectory and momentum. Lifting or lowering both sticks simultaneously lets you progress up (or down) the treacherous terrain while maintaining the curvature of your platform. As you can imagine, masterfully balancing the gyrating germ requires immense practice, patience and finesse should you wish to scale the mighty mountain’s summit unscathed.

Make no mistake: TumbleSeed is one tough nut to crack, especially during the first few hours of your adventure. Admittedly, not everyone will be drawn to the steep learning curve as your brain slowly grapples the deeply nuanced control scheme. For lack of skill, you’ll tumble down holes, careen into creepy crawlies and be gobbled up by seed seeking snakes more times than you’ll care to count. You may even find yourself wondering whether gameplay could have been better suited for motion controls. No matter how infuriating life as a spinning spore may seem, rest assured that those who adamantly stick with it will find themselves seamlessly weaving through obstructions and tumblin’ towards the top like a pro before long.

CHANGE YOUR POWERS, CONTROL YOUR DESTINY

While mostly a test in obstacle avoidance, you’re not completely at the mercy of the cliffside’s many dubious hazards. Littered throughout each level are diamond shaped plots just begging to be fertilized. Rolling your courageous kernel over them exchanges any number of collected crystals for all-important power-ups. By default, you’re outfitted with four essential abilities needed for establishing checkpoints, summoning thorns, crafting crystals and restoring hearts. Over 30 other seed powers can be found at random throughout each run, ranging from medieval flails and trip mines to bounce pads and avalanches. My personal favorite was a noxious mist that permeates the player, slowly poisoning anything foolish enough to get too close — the tradeoff, unfortunately, being instant death upon a single hit.

This risk/reward system is constantly in motion as you tumble through each of the game’s five randomly generated, trap filled biomes. Do you play defensively and focus your limited resources on stockpiling health or take a more aggressive, prickly approach to fending off your foes? Should you spend valuable crystals plotting frequent checkpoints or brave ahead without them in the hopes you’ve mastered the delicate tilt mechanics? Common amongst the best of the roguelike bunch, there’s a beautiful balance between skill and strategy that develops the more you progress that’s entirely open to your own personal playstyle.

Speaking of strategy, TumbleSeed does a fantastic job sprinkling a bit of RPG-lite mulch on top its rich roguelike soil. Each stage is broken up by bustling campgrounds filled with pun-fueled NPCs just itching to help you fulfill your prophetic quest. Seed selling shops, secret mini games and savings banks for prosperous crystal investment are just a few of the notable locales available at your disposal. Most importantly are a slew of side quests to complete for unlocking various warp points, allowing you to start your next run’s arduous ascent closer to the summit. More than just effective world building, all of these added elements serve a functional purpose in helping you push forward in your epic quest of seedy self-sacrifice, effectively removing the monotony of each run feeling too similar.

PLANT YOUR CHECKPOINTS AND STAY HUMBLE

TumbleSeed is a rare breed of roguelike rooted in ‘80s nostalgia, bathed in the light of modern gameplay conventions and showered endlessly with love. Pretty presentation and unique arcade inspired tilt controls blossom into a genre defining experience that’s approachable enough to ensnare roguelike rookies while retaining the sense of challenge and depth seasoned veterans have come to expect.

While its learning curve is high and penchant for punishment steep, anyone who puts in the time to develop green thumbs for tense twin stick tumbling is destined to fall in love with this rolliest of roguelikes. It’s a perfectly polished gem with one petal in the past and another in the present that proudly carries its core concepts to new heights well beyond its mountainous peak, deserving a firmly planted plot in your digital Switch library. 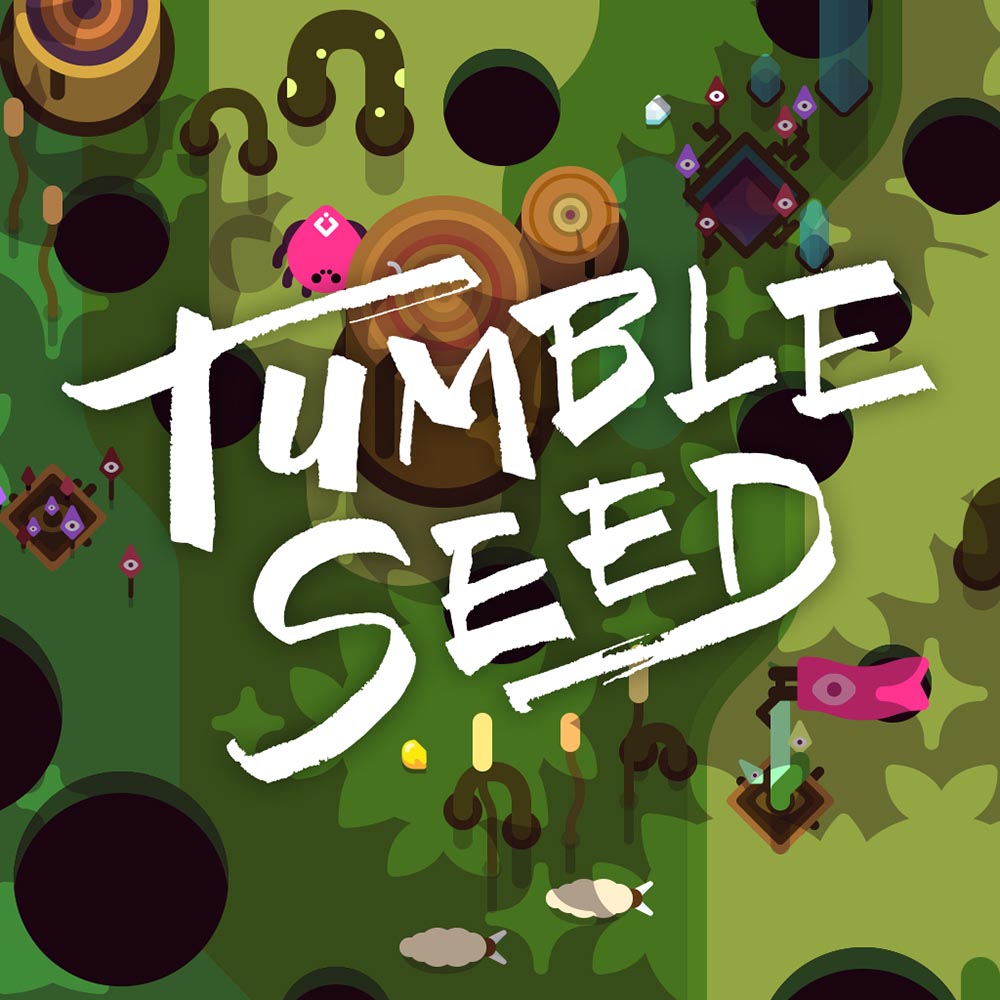