Man, it’s amazing how eye opening some reads can be. Now let me tell you, I know a thing or two about vidya games. I’ve been bloop bloppin practically since I was born, I know what a Kirby is. I’ve been really digging Shovel Knight lately, with the recent Specter of Torment update being one of the finest finds on the Switch today.

The fine people over at “Yacht” Club Games taught me that my life has been a lie.

I always admired classics like Mario, Mega Man, Zelda and more for what they’ve done to the medium and how they’ve shaped people, including myself. But they’re all just copying Shovel Knight! You can read all about this horrible injustice here, but be ready to pick your jaw up off the floor by the time you’re done because it’s really upsetting. Really. 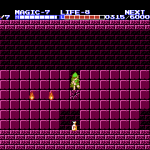 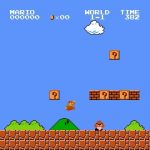 I really can’t stand it when people ride off of the hard work of others to try and get a rise and some entertainment. I would never stoop so low as to mimic another’s effort, that’s just soulless! Soulless like that greedy old duck or the guys around the campfire who can’t stay alive long enough to dig a decent hole. Thank goodness for the hardworking and honest people over at Yacht Club Games.