Welcome back to Smash Seminar! In this series I’ll be introducing readers to the world of competitive Smash through articles on history, characters, players, and more, in the hopes of getting more people involved in the competitive scene. Whether you wish to be a casual observer or a future champ, I hope this series offers a good way to get a grasp on what makes professional Smash so special.

Last time, we covered some of the lingo and techniques used in the realm of competitive Smash, and we’ll be continuing that topic today. Whether you’re looking to gain a greater understanding of matches, or want to learn these techs for yourself, read along if you want to hear some the tips, tricks, and tools of the trade. Without further ado, let’s begin.

When somebody is hit by an attack, the receiver has some control over the direction they fly in. This is called Directional Influence, or DI. Introduced in Melee, DI allows characters to survive by moving farther away from the blastzone than they might normally, or get out of a combo with proper input. DI affects the angle that the character is launched from, which means that tilting the control stick in the direction of the attacker will do nothing – one should DI perpendicular to the attacker to have any effect..

In Smash 4, DI was changed to a system known as vectoring. Essentially, instead of slightly influencing direction of knockback, the control stick input instead adds an extra vector to the knockback. In the early days, this allowed players to survive very long and pull off crazy tricks, but a signficant amounts was altered. Vertical vectoring was removed, leaving only horizontal vectoring – in other words, when hit in Smash 4, one should only hold left or right, not up or down, in order to influence direction.

DI is not the same as Smash DI/SDI, which will be covered at a later date.

The act of predicting an opponent’s tech (in place, roll left, roll right or no tech) and attacking accordingly. Since all tech options have some amount of vulnerability, if the tech is read correctly, then the character can wait with a punish. Common with certain fast characters and grabs, such as Melee Sheik and Melee Cpt. Falcon. While technically possible in every Smash game, Melee/PM will have the most due to their high movement options. 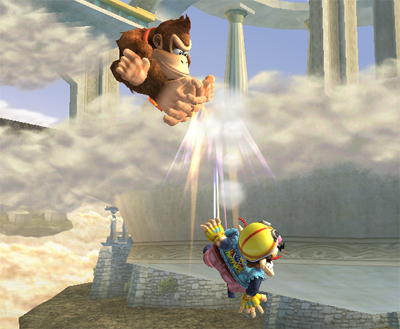 Attacks that send the opponent straight down. These are typically used offstage to send opponents to their doom, though they can be used onstage for combos, very high percent kills, and so on. The difference between a spike and a meteor smash lies in something called meteor cancelling – meteor smashes can be cancelled by either jumping or using up-B immediately after getting hit, effectively negating the move. Spikes don’t have this caveat, so if hit by one, straight to the depths with you. Functionally, however, the move types share the same purpose.

Neither Smash 64 nor Smash 4 have meteor cancelling, so spikes and meteor smashes are effectively the same within those games.

Performed by rapidly tapping the analog stick left and right, dashdancing is a confusion tactic that allows players to either rush towards or away from their opponent easily. It’s quite easy to act out of a dashdance, making it a versatile tool in combos and tech chases. While technically possible in all Smash titles, it sees the most applications and uses in Melee.

Crouching before getting hit by an attack will reduce knockback, sometimes completely. Certain characters are able to effectively counter out of said attacks, such as Melee Peach. CC is in all Smash games, though it functions a little differently by title. Brawl CC reduces freeze frames instead of knockback, while Smash 4 reduces freeze frames and knockback. 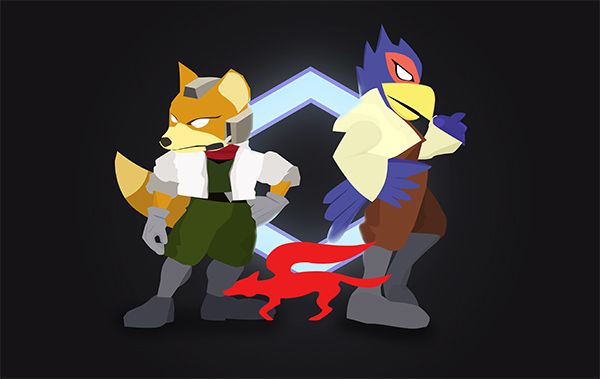 References to different groups of characters, primarily in Melee. Fox and Falco (and Wolf) are “spacies,” a contraction of “space animal,” and grouped together due to similar weights, gravity, fall speed and movesets. (Captain Falcon is also occasionally grouped here.) “Floaties” tends to refer to Peach, Jigglypuff and Samus, though it technically refers to any character with low fall speed and gravity that makes them hard to combo. In a similar vein, Ice Climbers are occasionally called “Icies.” The Melee community apparently love things that end in -ies. 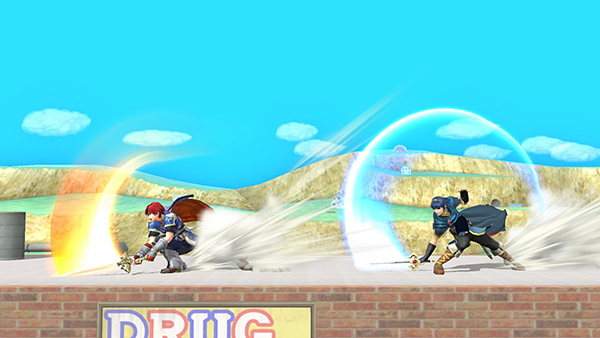 While technically applicable to several things (such as the bat in the Home-Run Contest) the “tipper” is almost always used in the context of Marth, whose sword deals more damage at the tip than the middle or base. Roy’s sweet spot is the opposite, doing more damage at the base, even though Roy isn’t as good as his blue-haired counterpart. Given that Marth is quite good in Melee, Brawl and Smash 4, expect to hear the term often.

A rare example of a tech that was added to Brawl, and not present in Melee. Short for Dash Attack Canceled Up Smash, it’s performed by performing a dash attack with the C-stick, and then using the stick to Up-Smash, canceling the dash attack but preserving the momentum. Given that Brawl had less techs all around, it became quite important for certain characters, and was even one of the aspects kept in Project M. Smash 4 also had DACUS in its early days, but the system was patched out before the Wii U version was even released. 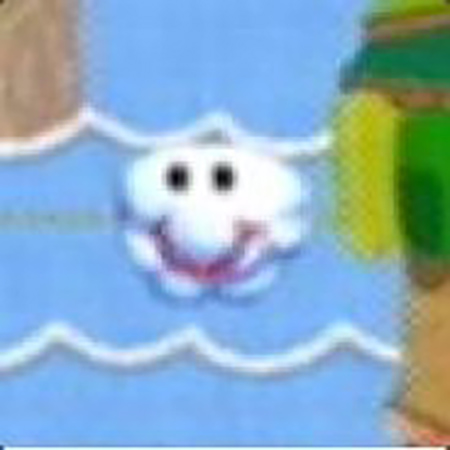 A nickname for the cloud on Yoshi’s Story that appears to occasionally save or spoil a player’s day. Coined by Canadian Smasher FastFox (for essentially no reason – the community just ran with it), his position is technically predictable, but his appearance appears to be by the whims of fate. Many a game has been won or lost by his hand, and he is as fickle as the very machinations that drive the game – nay, the world itself – towards ever-looming annihilation.

It is as it has been written. Randall giveth, and Randall taketh away. 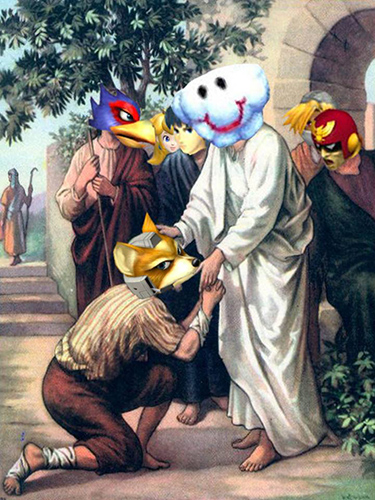 That’s all for this edition of the Smash Seminar! We’ll be tackling even more techs and nicknames at a later date, but next time we’ll be looking at the top competitors that Melee has to offer. Until then, stay Smashing!