The very best? Exploring Ash Ketchum in the Orange Islands

Just a quick warning: This article contains spoilers for an episode of the Pokémon anime that just aired in Japan. You have been warned!

If you missed yesterday’s entry on the Indigo League, make sure you check it out!

After losing in the Indigo League, Ash returns to Pallet Town to celebrate his achievement of reaching the Top 16 of the Indigo League. Professor Oak wastes no time in sending Ash and company on another adventure, this time to the Orange Islands. Ash is tasked with retrieving the GS Ball from Professor Ivy to bring back to Professor Oak to study. Ash initially does great, getting out to the Orange Islands and obtaining the ball only two and a half episodes after being given the task. He then proceeds to postpone his simple mission from Professor Oak in order to compete in another Pokémon League challenge. 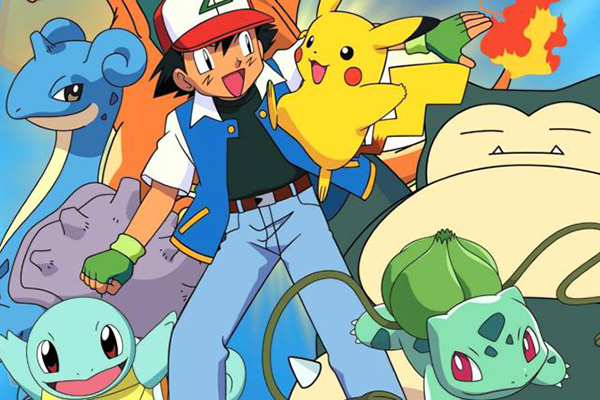 The Orange League is far simpler than the Indigo League was, with only four badges to earn, and battling isn’t required to earn all of them. This is shown in his first Orange League Gym Battle, where trainers must use a water Pokémon to hit more targets with Water Gun than the Gym Leader. The “Gym Battle” concludes with a surfing race, which seems like it would require some skill, but in the end it comes down to Ash’s Lapras using Ice Beam on the water in order to bypass the surfing element altogether. Ash wins his first Orange League badge fairly easily, due large in part to the fact that the “battle” wasn’t particularly challenging.

In the second Orange Islands Gym, Ash must first climb to the summit of a mountain without the use of his Pokémon. It is at the top that the challenge truly begins. Ash is tasked with freezing a geyser before the Gym Leader, Danny, is able to freeze his. Ash’s Lapras cannot keep up with Danny’s Nidoqueen and quickly loses the challenge while tiring itself out. The next part of the challenge requires Ash to use his Pokémon to construct a sled he will then use to race down the mountain. Ash’s Charizard once again poses a problem, and Ash’s sled is only complete due to the sheer luck of Charizard’s Flamethrower missing Ash and carving the chunk of ice into a perfect sled, winning Ash the round. The third and final challenge of Ash’s second Gym Battle required him to beat Danny in a sled race back down the mountain. This is where things get a little tricky, because Team Rocket once again interferes with a Gym Battle, causing Danny to fall into one of their traps. Before the trap, Danny was clearly going to win, and even after the race is restarted, Danny seems to be the clear victor. Ash’s subpar steering guides him off of the course, only to appear from nowhere and pull ahead of Danny due to Ash’s sled becoming lighter as it slowly disintegrates. As the victor, Ash wins the Sea Ruby Badge and is officially halfway done with the Orange League. 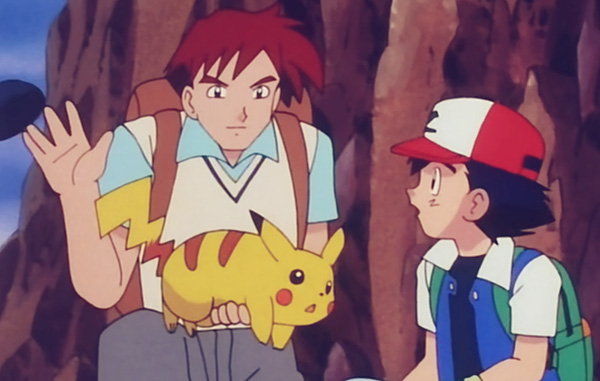 Ash’s third Orange League battle is the most normal one so far, being somewhat of an actual, three-on-three match. The battle actually seems to challenge Ash, with Pikachu quickly losing to Rudy’s Electabuzz. The next fight sees Ash send out Bulbasuar against Rudy’s Exeggutor, who seems to dominate Bulbasaur until a well-timed Sleep Powder causes Exeggutor to fall off a cliff, effectively winning the round. During the third round, Ash’s Squirtle is on its way to a quick defeat by Starmie, however it learns Hydro Pump mid battle, and turns the match around using a combination of the newly learned Hydro Pump and Skull Bash to succeed against Starmie and secure the victory. This was hard fought, and Ash deserved the win, which, as we know, doesn’t happen often.

The fourth and final Gym match of the Orange League is the very first time we see a double battle in the anime, although we quickly find out that Ash’s Pikachu and Charizard are far from comfortable working together. This is yet another match where Charizard nearly costs Ash an important victory, though the two learn to work together by the end, winning the match by tricking Alakazam into getting hit by its partner’s Bonemerang. This fourth match is key to the development of Ash’s attitude going forward, as it seems he’s finally figuring out how to consistently be an effective Pokémon trainer. 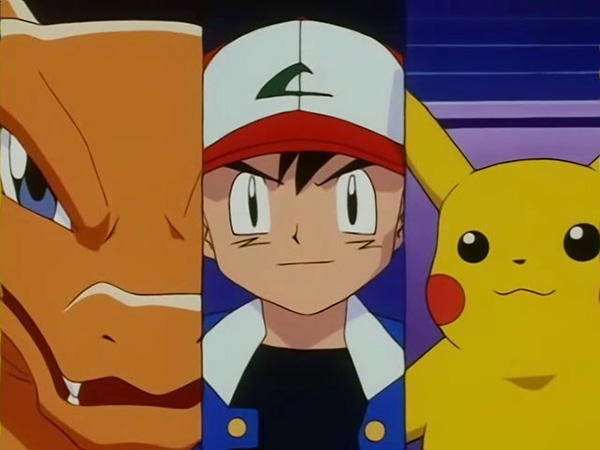 Ash’s greatest battle yet comes in his final battle of the Orange League against Drake. In a battle that’s split over two episodes, we see a truly competent Ash for the first time. Ash makes quick work of most of Drake’s Pokémon, only having real trouble with his Gengar and, more importantly, his Dragonite. Although it takes most of his Pokémon to finally take down the Dragon Pokémon, Ash is very smart about it. After defeating all of Drake’s Pokémon, Ash has finally won his first Pokémon League, taking home the Orange League Winner’s trophy. Is this a sign of things to come?

Ash has won a Pokémon League Championship, but it was only the Orange League; a mere four, unconventionally earned badges, and one match for the trophy, rather than a large-scale tournament. Has this short league taught Ash what it takes to become an unstoppable Pokémon Master? Join us right here on Nintendo Wire tomorrow as we follow Ash through his Johto Journey to find out what he does right and where he goes wrong in his pursuit of winning a real Pokémon League.