Welcome back to Smash Seminar! In this series I’ll be introducing readers to the world of competitive Smash through articles on history, characters, players and more, in the hopes of getting more people involved in the competitive scene. Whether you wish to be a casual observer or a future champ, I hope this series offers a good way to get a grasp on what makes professional Smash so special.

Last time, we talked about the characters that dominate the Smash 4 metagame. And this week, we’ll be delving into the various bits of lingo and techniques that any pro Smasher should know. While there will be a slight focus on Melee and Project M for now (due to the fact that the former has more techs in general than other mainline games, and Project M was constructed specifically to emulate Melee’s playstyle), some bits will apply to other games in the series as well.

You may not feel that it’s necessary to learn this if you have no aspirations of becoming a pro, but keep in mind that understanding what these words and phrases mean is important – even if you’re a casual observer. Commentators use these words almost constantly during tournament sets, so if you don’t understand what they’re talking about, you may get lost in the confusion. Now, without further ado, let’s dive right in. 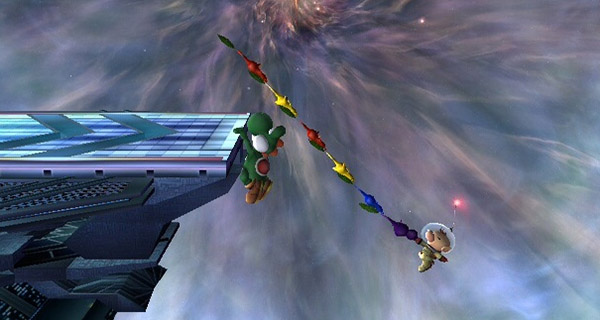 One of the most important aspects of any Smash game. Edge guarding is preventing an opponent from recovering after they’ve been knocked off stage, nabbing a KO in the process. This can be done in a variety of manners, depending on the character, but they all have the same goal: Disrupt your opponent’s attempts to get back on stage. Of course, one must be careful to not get hurt during their attempt to gimp the opponent.

In the games preceding Smash 4, players could edgehog by grabbing the ledge instead of their opponents, making it impossible to grab with appropriate timing. Smash 4 replaced this with ledge trumping, which forces off the opponent if they hold onto the ledge and potentially leaves them open for a punishment.

Arguably the most important technique in Melee and Project M, wavedashing allows characters to execute any ground attack while moving horizontally, making it superior to dashing in that respect. Wavedashing is accomplished by jumping and then dodging (L/R) towards the ground, causing characters to slide across the stage. It’s essential to high level Melee play, due to its massive versatility in combos and mindgames.

Contrary to what people may think, wavedashing is not a glitch – it was discovered by Sakurai and team in development, but kept in game, as it was thought it wouldn’t have much effect on gameplay. Discovered only a month or two after release, wavedashing became a wall between those who could compete and those who couldn’t, and thus Sakurai removed it from Brawl and Smash 4, and likely all future installments. This removal is one of the most hotly contested topics in the Smash community to this day.

Technically (heh) called a few different names across the series – breakfall in 64, umeki in Brawl, and simply “breaking your fall” in Smash 4 – the name “technical” comes from Street Fighter, and is used much more often than any others. Teching is the technique of hitting the shield button right before the user would collide with a surface, bouncing from said surface with all potential knockback removed. There are many variations: Teching on the ground allows you the option to tech in place or roll while doing so, and it’s also possible to tech when hitting a wall or ceiling (including a stage’s ledge or underbelly). Teching is one of the most important aspects of the Smash series as a whole, as it allows you to recover from combos and survive certain offstage attacks. 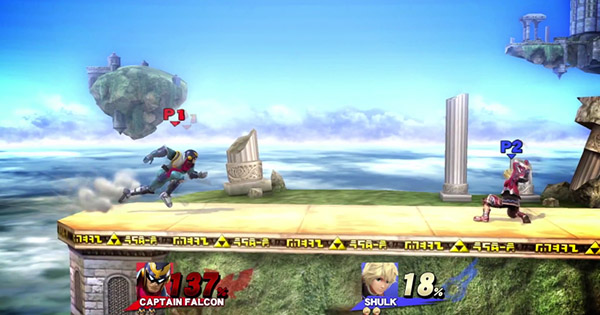 More like concepts than actual techniques, the idea of neutral and punishes is important not just in Smash, but across fighting games as a whole. The neutral game is a phase in which no player has a situational advantage. The objective here is to “win the neutral,” either by landing hits with combo follow-ups, or punishing opponents who attempt to do so. Punishes, as their name implies, are attacks that punish opponents who overextend or use laggy moves.

For more concrete examples of each, let’s look at two Smash 4 characters: Sheik and Bayonetta. Sheik has a variety of very safe moves with good frame data and minimal lag, as well as high mobility, so she has an excellent neutral game. Bayonetta, meanwhile, has many combo tools at her disposal, and is able to convert well off of an opponent’s mistakes, so she has excellent punishes. Both of these aspects are important to both character viability and how good a player will be at the game. 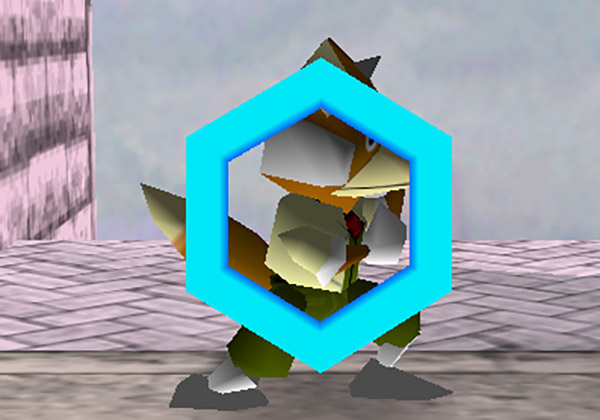 A nickname for Fox/Falco/Wolf’s down-B move, the reflector. The shine is considered to be the best move in Melee, due to having the best frame data in the game, and also the fact that it can be jumped out of like a shield, which allows for “waveshining,” a combination of wavedashing and shining that can lead to crazy results. Fox’s iteration can also be used to spike opponents off stage, while Falco’s launches opponents upwards (making for sick combos). Due to the change in physics engine, the shine is much less effective in Brawl and Smash 4.

Why do people use “shine” instead of “reflector”? Probably because it’s easier to say and sounds cooler. There’s no real concrete reason.

Originating in Smash 64 (where it was known as a “Z-Cancel”), L-Cancelling is a tech in which the player presses the shield button during an aerial attack while landing on the ground, reducing landing lag (as seen above). This makes aerials much safer and certain characters more viable, such as Ganondorf. Like wavedashing, mastering L-cancels is essential for high level Melee tournament play, and also like wavedashing, it was removed in future installments.

Like many times before, there’s simply too much to cover in just one piece, so check back in the next couple of days for Part 2 to learn more about lingo and techniques. Until then, stay Smashing!