Often considered the third series in Nintendo’s holy trinity, Metroid has been around for just as long as Mario’s been crashing the wrong castle in search of distressed damsels or Link’s refusal to go it alone. Yet despite this legendary designation, the galactic adventures of bounty hunter Samus Aran rarely get quite as much love and attention from the big N as they deserve. So strap on your Plasma Beams and power up those Varia Suits because all this week, we here at Nintendo Wire are going on a trip down memory lane through Metroid’s extensive 30-year history to explore what makes the series such an influential legend in the gaming industry — not to mention one of my favorite gaming franchises of all time.

Often considered the magnum opus of the franchise, Super Metroid released in 1994 to much critical acclaim. A direct sequel to Metroid II, Super Metroid sees Samus returning to planet Zebes in chase of Ridley — the leader of the Space Pirates — in an effort to retrieve the stolen Metroid larva she initially rescued back on planet SR388. Much to her surprise, she finds the Space Pirates have rebuilt their base of operations, forcing our intrepid heroine to once again confront Mother Brain and put an end to the Space Pirates’ nefarious experiments. 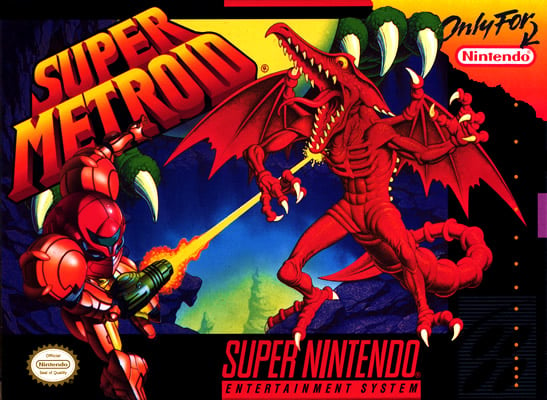 Like many games on the SNES before it, most notably The Legend of Zelda: A Link to the Past, Super Metroid didn’t do anything particularly revolutionary — it simply perfected the formula. Its masterful level design, emotionally-charged narrative, precision controls, nostalgic soundtrack, superior graphics and adrenaline-fueled boss battles all culminate into one of the best 2-D action adventure games ever produced. Feature wise, it was the first game in the series to let Samus fire in all directions while moving and was among the first open world games to offer the player a mapping facility that outlined rooms, important locations and indicators for special items. It’s also worth noting how the game successfully communicates with and teaches the player its mechanics without tutorials or excessive hand holding: a godsend considering its emphasis on personal exploration and purposeful sequence breaking for more effective speedrunning. It’s a game that respected the player’s freedom to learn, fail or get lost through their own sense of curiosity and determination. 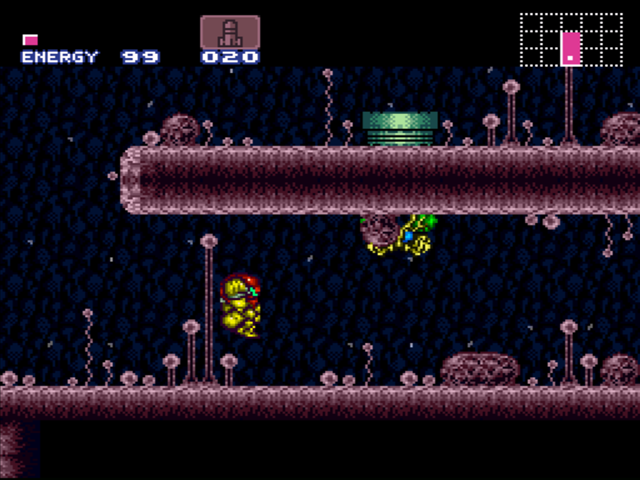 Most impressive, however, is Super Metroid’s ability to tell a gripping narrative with nary a spoken or written word. With the exception of some brief introductory narration — the first time in the series Samus is given a voice — the only text you’ll read on-screen are brief explanations of how to activate new powers or abilities. The story is deliberately vague, told entirely through pantomime and incidental details of its world. This elegant silence is no more powerful than during its emotionally charged final battle with Mother Brain, where the baby hatchling from Metroid II sacrifices itself in order to provide Samus a snowball’s chance in defeating the colossal beast and escaping Zebes intact. It’s a powerful moment that had me in tears as a child and still gets me choked up a little today.

I could gush for days about why Super Metroid deserves the number one spot in your list of the all-time greatest video games ever made. Seriously, if you haven’t already, go play this epic masterpiece the moment you have a chance.

Fun fact: Super Metroid was actually distributed on a 24-megabit cartridge upon its original release, making it the largest SNES game at the time.

Eight excruciatingly long years would pass before fans got their hands on Samus’s next mission. Fortunately, the wait was well worth it, as Nintendo released not one, but two Metroid games on the very same day back in 2002! While Metroid Prime would go on to prove that Samus, too, could successfully make the leap to 3-D like Mario and Link before her, Metroid Fusion played it safe and stuck to the series’s more traditional 2-D foundations. Despite their differences, both titles would reach massive fan adoration and are often pointed to as some of the finest games in the franchise. 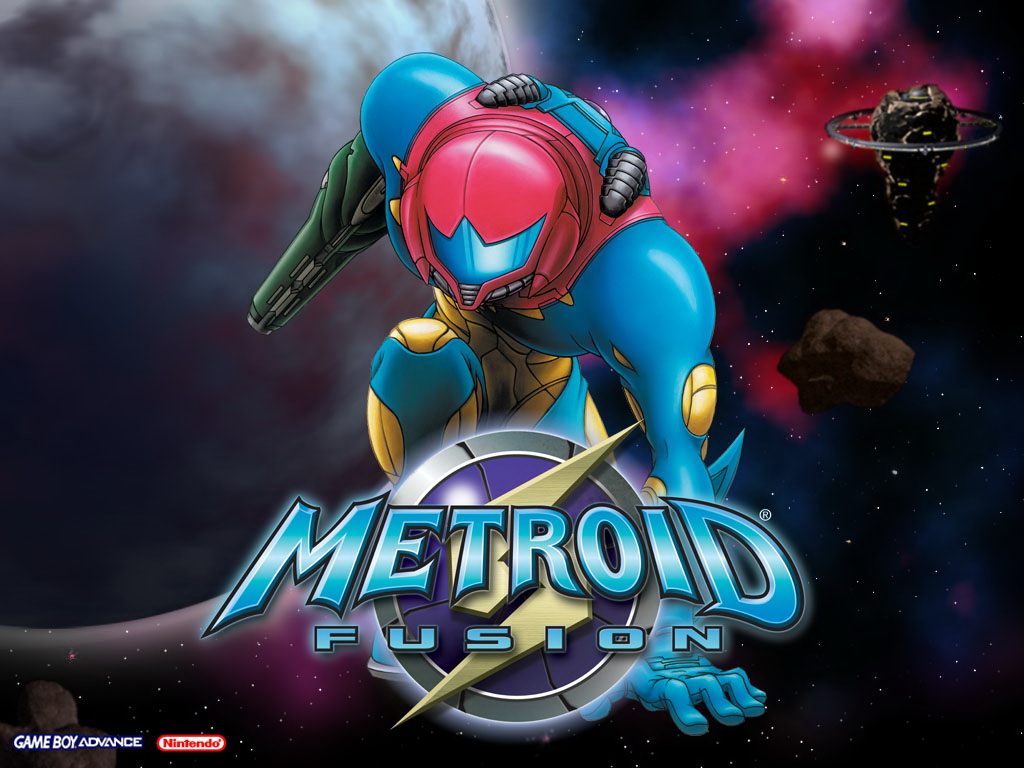 More importantly, Fusion deserves immense recognition for its uniquely captivating narrative. As the most recent game in the series timeline, Samus becomes infected by a creature known as the X Parasite — the original prey of the Metroids — while acting as a bodyguard for a research team back on planet SR388. In order to save her life, doctors surgically remove her Power Suit and cure the X infection with a Metroid vaccine produced from the DNA of Super Metroid’s recently deceased hatchling. During this time, a disturbance is detected back on the research station and Samus is sent to investigate and eliminate the growing X parasite threat. As a result of her treatment, Samus can now absorb any floating X parasites in the area in order to replenish her energy and weapon stock, and absorbing those within larger bosses gives her new power-ups and abilities: an effective twist on classic Metroid gameplay elements that feels fresh while still remaining true to the series’s roots. 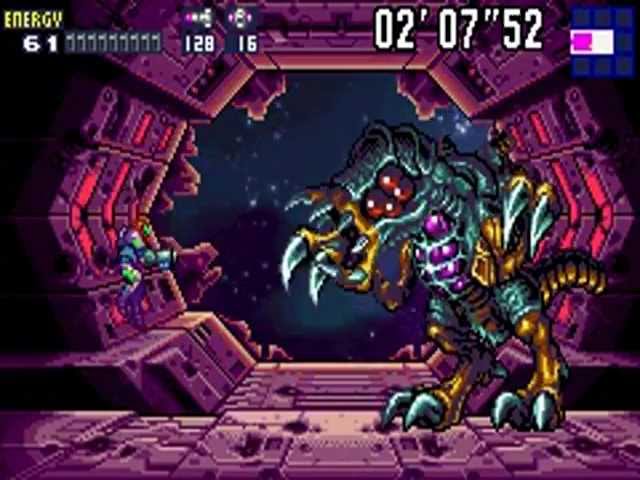 With a much larger focus on story, Fusion was able to unfold in a much more linear fashion than its predecessors, which mostly worked in its favor. This is largely thanks in part to the story’s driving force and main antagonist: a parasite using Samus’s DNA and corrupted Varia Suit to assume the form of Samus herself. Some of the most tense and fun moments pit players toe-to-toe with this vicious and unforgiving doppelganger, providing a welcome spin on the tried-and-true Metroid formula. Unfortunately, this focus on story came at a significant cost to the series’s sense of exploration and isolation, as players always knew where to go and what to expect due to open communication with Samus’s computer.

Despite this necessary blemish for the sake of a more cohesive narrative, Fusion is a fantastic continuation of the 2-D series that deserves every fan’s attention. Fusion not only met the standards of its lofty predecessors, but wholeheartedly exceeded the expectations of what a handheld experience, not to mention the Game Boy Advance specifically, was capable of.

Fun fact: players who own both Fusion and Prime can unlock special features in each game using the Nintendo GameCube – Game Boy Advance link cable, including an emulated version of the original Metroid and the Fusion Suit for use in Metroid Prime.

That’s all for today, but come back tomorrow to learn all about the incredibly influential Metroid Prime trilogy: a huge dimensional leap forward for the franchise and shining example of how classic video games can be successfully reborn in the modern era.