Guide – Where to find all Gratitude Crystals in The Legend of Zelda: Skyward Sword HD

Side quests are a staple of The Legend of Zelda series, but oftentimes a game will have one major side quest. Kafei and Anju’s wedding from Majora’s Mask comes to mind, as do all of Agatha’s bugs in Twilight Princess. In Skyward Sword HD, one of the longest throughlines is gathering up Gratitude Crystals around Skyloft, and we’re here to help you pick up every last one!

How many Gratitude Crystals are in The Legend of Zelda: Skyward Sword HD? 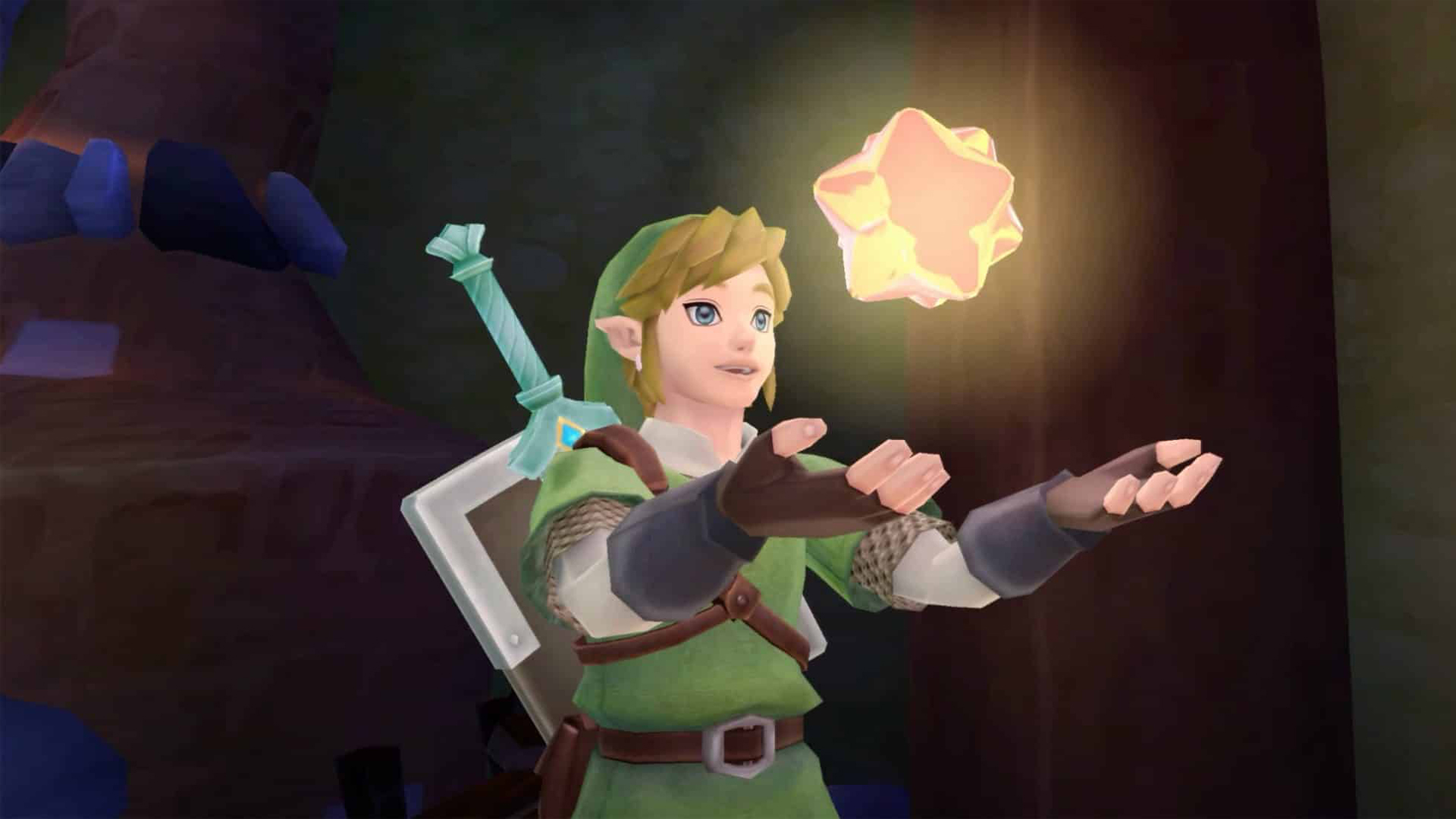 There’s a grand total of 80 Gratitude Crystals in The Legend of Zelda: Skyward Sword HD. 65 of these will be gathered up in increments of 5 for completing various questlines in Skyloft, some of which do take you down to the Surface, as well. The remaining 15 are dotted around Skyloft itself and only findable at nighttime.

Where do I take Gratitude Crystals to turn them in and get rewards?

Gratitude Crystals are given to Batreaux, who lives in a shack beneath the Skyloft graveyard. You’ll meet this (unintentionally) frightening fellow in the process of being introduced to these bits of crystalized thankfulness.

What do I get for collecting every Gratitude Crystal in Skyward Sword HD?

There are eight total rewards for hitting benchmarks of collected Gratitude Crystals. Most of these center on upgrading Link’s wallet but there are a few other rewards of note:

These wallet increases only apply to your primary wallet, and will not affect any extra wallets you’ve purchased from Beedle. Also, if you take on the Cursed Medal and would like to remove it, you can do so by talking to Peatrice at the Bazaar.

How do I meet Batreaux and begin collecting Gratitude Crystals? 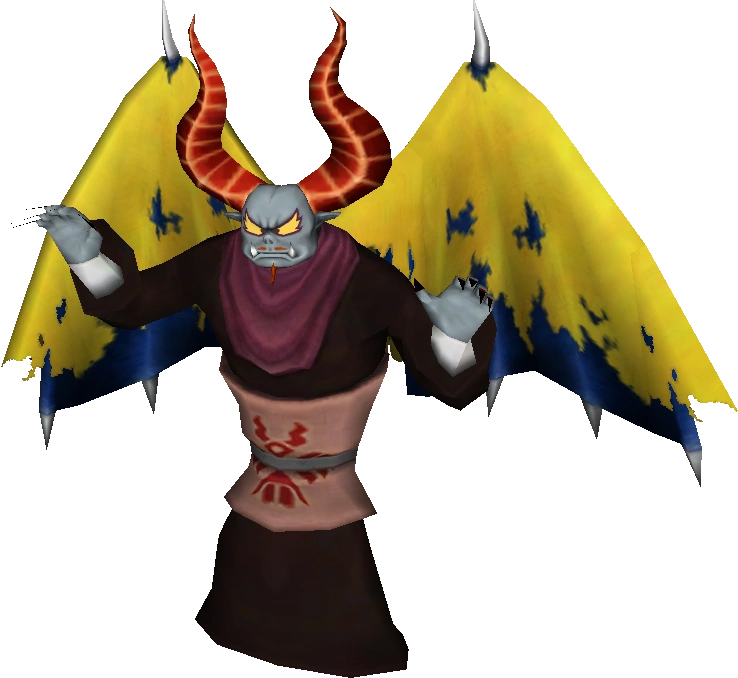 To meet Batreaux and begin collecting Gratitude Crystals, you’ll need to progress through the main story up to a certain point. Once you complete the Skyview Temple and receive the Ruby Tablet, you’ll be able to place it Inside the Statue of the Goddess. Doing so will not only send you on your way to your next destination, but will begin the side quest of Finding Kukiel.

Kukiel’s mother Wryna will ask you for help locating the lost girl. By talking to some people around Skyloft you can get hints, but the answer lies in the graveyard at night. You can make time progress to nighttime by sleeping in any bed, then head to the southeast corner of Skyloft. Hit the gravestone closest to the tree, which will make it glow. You can then push it to unlock the storage shed nearby. Climb down the ladder inside, and head on into the now revealed shack.

Attack the scary demon therein to be properly introduced both to Batreaux and the idea of Gratitude Crystals. This will make more appear around Skyloft and complete your Finding Kukiel quest. By talking to Wryna you’ll get 5 Gratitude Crystals, which you can take back to Batreaux for your first reward – the Medium Wallet!

Completing the following side quests will grant you a total of 60 Gratitude Crystals. Paired with the 5 from Finding Kukiel, this will take you to 65. You won’t be able to complete all of these immediately due to needing certain items or to progress to certain areas or parts of the story.

Parrow will talk to you about Orielle going missing, last seen flying to Fun Fun Island. You can find her on an island between Skyloft and Fun Fun with her wounded Loftwing. Bottle up some Mushroom Spores (found easily in Faron Woods by slicing a mushroom and return to Orielle, who will then return to Skyloft.

You’ll begin hearing rumors of the Knight Academy bathroom being haunted by a crying woman begging for paper. Once you do, talk to Cawlin who will then ask you to deliver a letter to Karane. You can either do so, or give it to the mysterious voice coming from the bathroom. Either way you choose, you’ll complete this quest with identical amounts of crystals given.

To Get Stronger – 5 Gratitude Crystals

Fledge will begin talking about his exercise routine, though he doesn’t have great endurance to see it through. At night, head to his room and deliver a Stamina Potion, buyable for 50 Rupees each. It will take a few potions to get Fledge in tip-top shape, after which you’ll receive the Crystals.

Once you have the Gust Bellows from the Lanayru Mining Facility, visit Pippit’s mother Mallara. Clean up her house for your reward. From then on you can continue doing so for some extra rupees, which will eventually trigger some unique scenes with the mother and son, but no more crystals past the initial batch.

Bertie in the Bazaar will mention his baby’s lost its rattle and can’t calm down his child. Visit them at night to get the full story. Then, using the Clawshot, grapple up the Waterfall Island and then skydive onto the bird’s nest there. Clean it up with the Gust Bellows and then collect the rattle so you can return it and help them get some shut eye.

When Sparrot the fortune teller stops appearing at the Bazaar, talk with townsfolk to learn about his broken crystal ball. You can find a replacement by heading to the Earth Temple at Eldin Volcano. Head to the top of its entrance with your Clawshot to find a replacement orb, which Scrapper can then return to Sparrot.

Kina over at the Lumpy Pumpkin will let you know she needs some help plowing the pumpkin fields. You’ll be able to dowse for this individual, who turns out to be Guld the Mogma leader. Skydive down to his location, and Scrapper can give him a lift to the cooler and more scenic locale he desires.

Fun Fun Island’s Dodoh will inform you that he has lost his Fun Wheel, and that is terrible. Dowse your way to Lanayru Desert, and from the region’s first Bird Statue you’ll be able to hit a Timeshift Stone after blowing up some rocks. Climb the vines and put Scrapper to use returning the wheel. You’ll not only get the desired crystals, but you can have a free play at Dodoh’s Fun Fun Wheel mini-game!

Over time as you utilize the Item Check, the clerk Peatrice will begin to warm up to you to the point of infatuation. Once you get to this point, she’ll ask you to come by her house at night. It’s also possible that her father, Peater, will become aware of this and ask you to get rid of the unwanted admirer. Depending on if you talk with him at Bamboo Island or not, the quest can either be completed by accepting Peatrice’s affections (in which she’ll be grateful) or turning her down (which will please her father).

Owlan will begin to boast about his botanical accomplishment, thinking he has gathered every type of plant possible. He’ll ask Link to help him track down a new one, which can be found in Faron Woods. Head there and speak to Oolo the Kikwi, who’s interested in a change of scenery. Scrapper will then deliver him, pleasing both and gaining you that sweet gratitude.

Beedle will inform you that his Horned Colossus Beetle is gone! Investigating will determine that Stritch has it and is keeping it at Bug Rock in the Thunderhead. Upon tracking him down, you can take part in his Bug Heaven game to recover Beedle’s beetle and get your Gratitude Crystals.

Finding the 15 Skyloft Gratitude Crystals in The Legend of Zelda: Skyward Sword HD 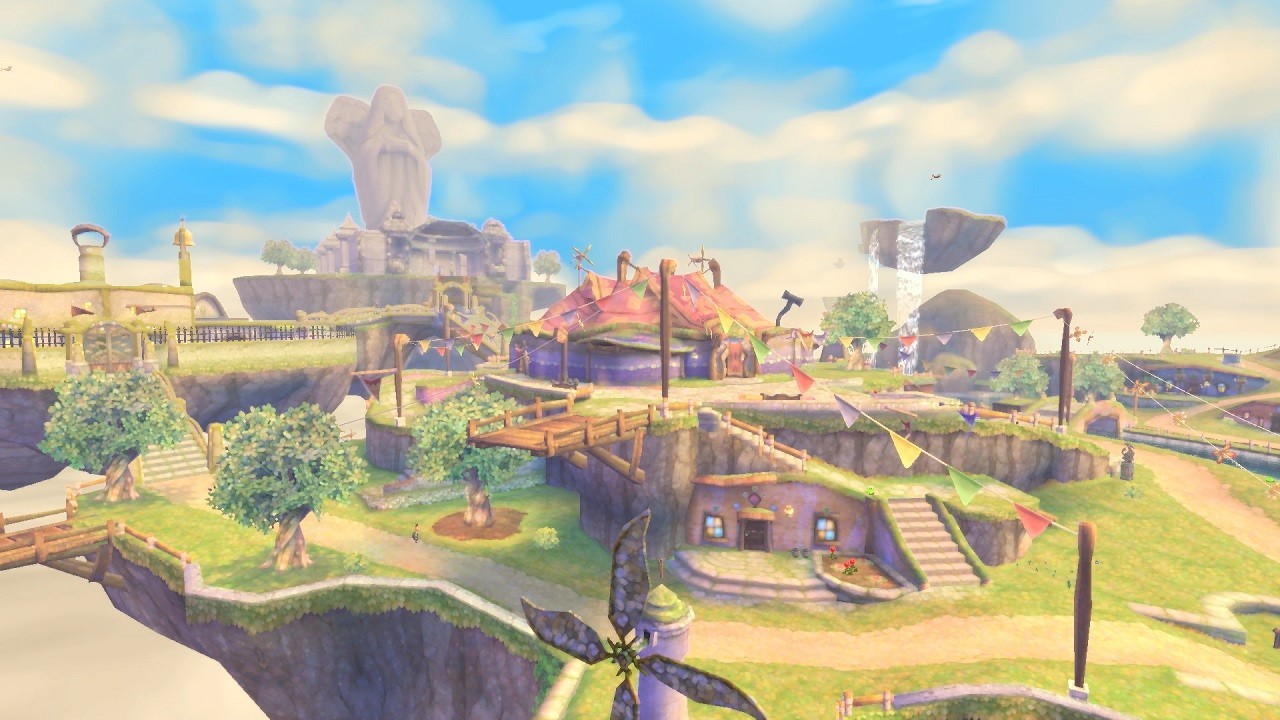 Unlike the side quests mentioned above, these 15 Gratitude Crystals are available on Skyloft and some surrounding areas once you’ve met Batreaux. Some of them do require specific items, but most can be gathered right away!

They are only available at nighttime, so head to bed if you want to try and track them down. If you’re having trouble or just holding off, once you complete the Sandship dungeon, talking to Batreaux again will let Fi dowse for these 15 Gratitude Crystals. Here are all the locations of the 15 Skyloft Gratitude Crystals:

Looking for more help with The Legend of Zelda: Skyward Sword HD? Check out our other guides! 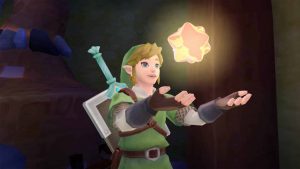 Guide – Where to find all Gratitude Crystals in The Legend of Zelda: Skyward Sword HD 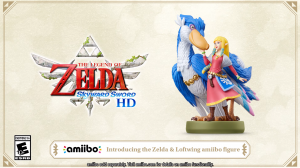 Guide – What do amiibo do in The Legend of Zelda: Skyward Sword HD? 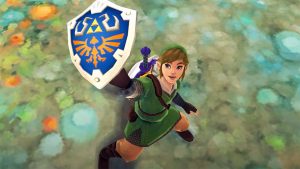 Guide – How to get the Hylian Shield in The Legend of Zelda: Skyward Sword HD 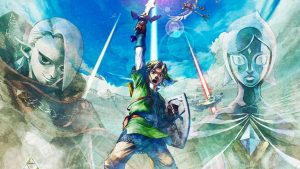 Guide – How long is The Legend of Zelda: Skyward Sword HD?
Leave a Comment