We’re back from our Japan-wide vacation with the Phantom Thieves and have seen and done a lot! If you’re jumping into Persona 5 Strikers and don’t know what to expect or what to do, we’ve got your back. In this guide we’ll go over some helpful information for multiple aspects of the game, letting you hit the ground running and make the most of your summer crime spree.

Does Persona 5 Strikers have Confidants? 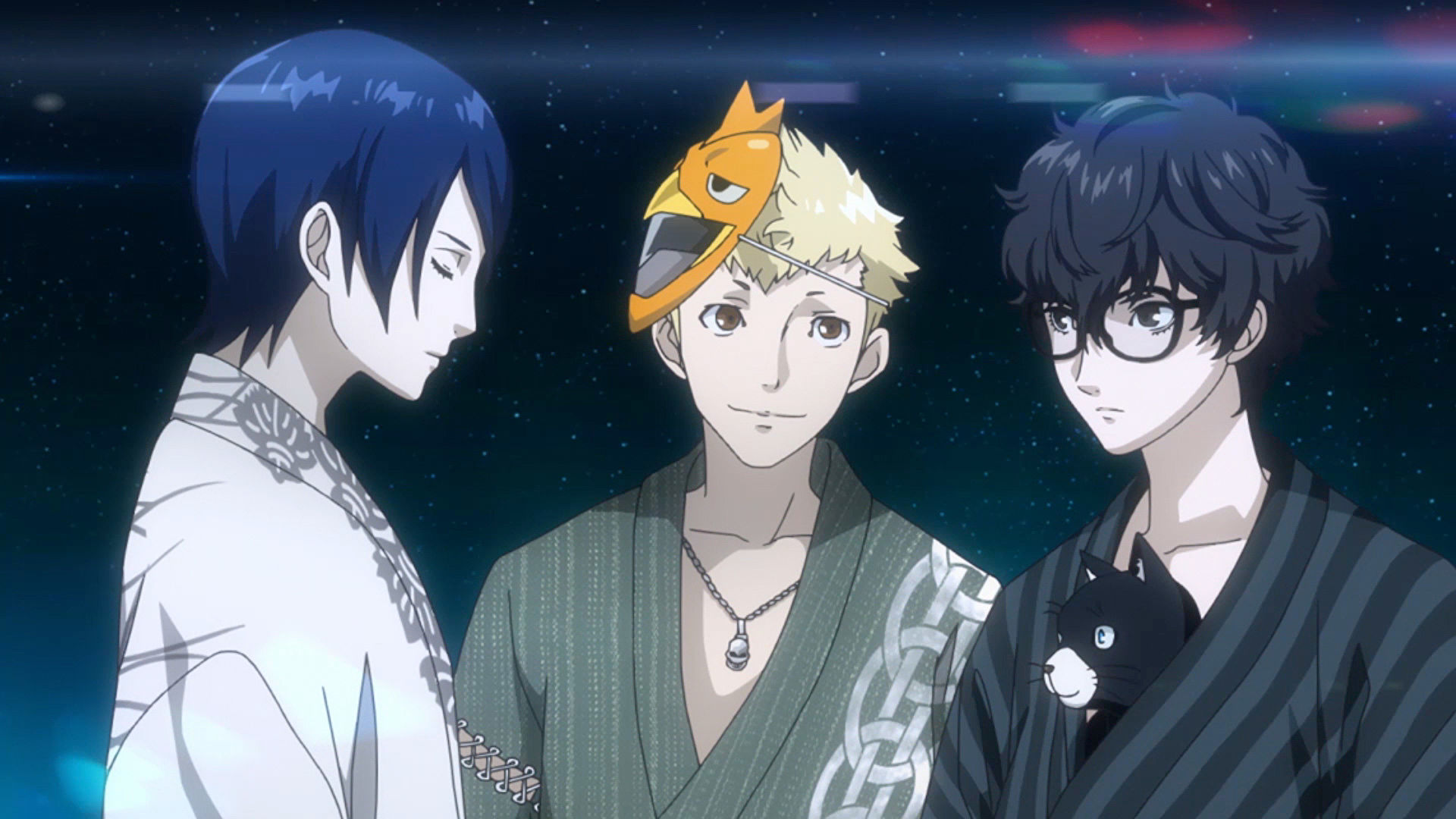 With Persona comes Social Links, or as they were called in Persona 5, “Confidants.” Unfortunately, that series staple decided to stay behind. There are no Confidants or Social Links in Persona 5 Strikers. The game has a smaller cast and less “free time” elements, so as much as they are missed, this does make sense.

Rather than tracking Confidants, you’ll get to see the group enjoy their vacation every now and then as you play through the game. Their relationship as a team is tracked in a slightly different way though that suits Strikers a bit more. Read on to learn about the BOND system!

How do BOND Skills work in Persona 5 Strikers?

As you play through P5S, you’ll gain something called Bond Points. These are gained from various activities, both minor and major. These range from finishing up battles, to sidequest rewards, to just sitting back and watching the story unfold. When you level up your Bond, you gain points, with the amount you gain each level up increasing as you go.

Bond Points can then be spent on Bond Skills. These are passive increases and battle benefits for your characters that you can invest in as you see fit. Each Bond Skill levels up independently from the others, and have varying costs. You’ll want to pick and choose what suits your style, and keep an eye on when higher ranks become more available – usually by progressing the story or clearing Requests.

Which BOND Skills should I get first?

Since Bond Skills are made available at different times, it can sometimes benefit you to hold off on spending points to make sure you get the best for your investment. As mentioned, some are more about complimenting your playstyle, but the following are great skills to pick up and max out as soon as possible:

Which characters should I focus on in Persona 5 Strikers? 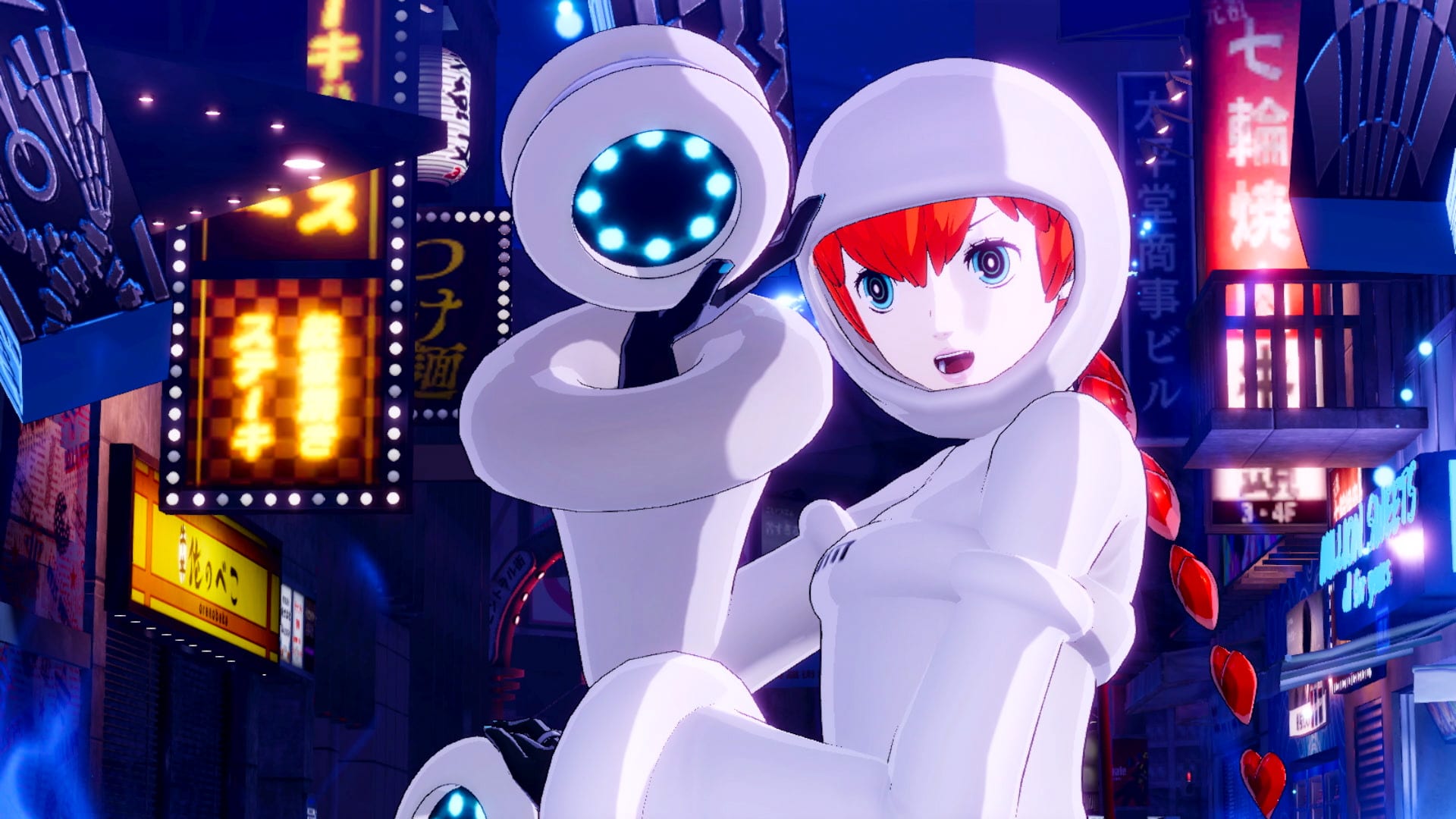 The short answer is everyone! The full cast is fun to play as, and each will have a time to shine based on a given Jail’s shadows and their elemental weaknesses. Over the game, though, three characters in particular stood out.

One of them is Joker, who is both mandatory and highly unique thanks to his multi-Persona Wild Card ability. Getting used to playing with him and making sure he’s well equipped will always be helpful. Once you start seeing element and skill variety with Personas you encounter or fuse, Joker can literally do anything you need him to do.

Next is Yusuke/Fox. The quickest way to lay into enemies is to knock them down and trigger All-Out Attacks. They can be activated by using elemental skills properly, or via critical hits. Yusuke in particular excels at crits, and also has counter attacks at his disposal. Both are powerful tools for cutting through foes quickly.

Last is Sophia/Sophie. She may not have the same benefits as the other two, but discounting Joker’s flexibility she was my go-to support party member. She has access to both healing and enemy defense debuffs, which makes fighting through them that much quicker.

How do I unlock Master Arts in Persona 5 Strikers?

Also setting the individual characters apart are Master Arts. Every Phantom Thief has four, and by playing directly as that character and racking up kills you’ll access new techniques and benefits for them. These usually mean longer combos and follow ups, extra effects on certain attacks, or enhanced individual gimmicks for each character.

Unlocking these are separate from standard character progression, and does require direct control to work towards. Thankfully they aren’t so demanding, and I had all of Joker’s before I knew it. If you like the feel of a character, simply keep playing as them and you’ll have all their Master Arts in no time.

How do I change Battle Music in Persona 5 Strikers?

Something extra cool in Persona 5 Strikers is that if you have Super Smash Bros. Ultimate save data on your Switch, you’ll unlock some extra music DLC! This will allow you to change the song during battles to those from Persona 5 (Last Surprise) and Persona 5 Royal (Take Over).

You can swap to these tracks as your music of choice with these quick steps:

You’ll be able to make it so that only one battle song plays, or can make it random each time! If you chose the random option, you can even toggle certain songs on and off. With the paid Persona Legacy BGM DLC, you’ll also gain access to music from Persona 1, 2, 3, and 4 as well as their remakes!

Note that this is only in the in-game Config menu, and can’t be accessed on the title screen.

Where does Persona 5 Strikers take place? 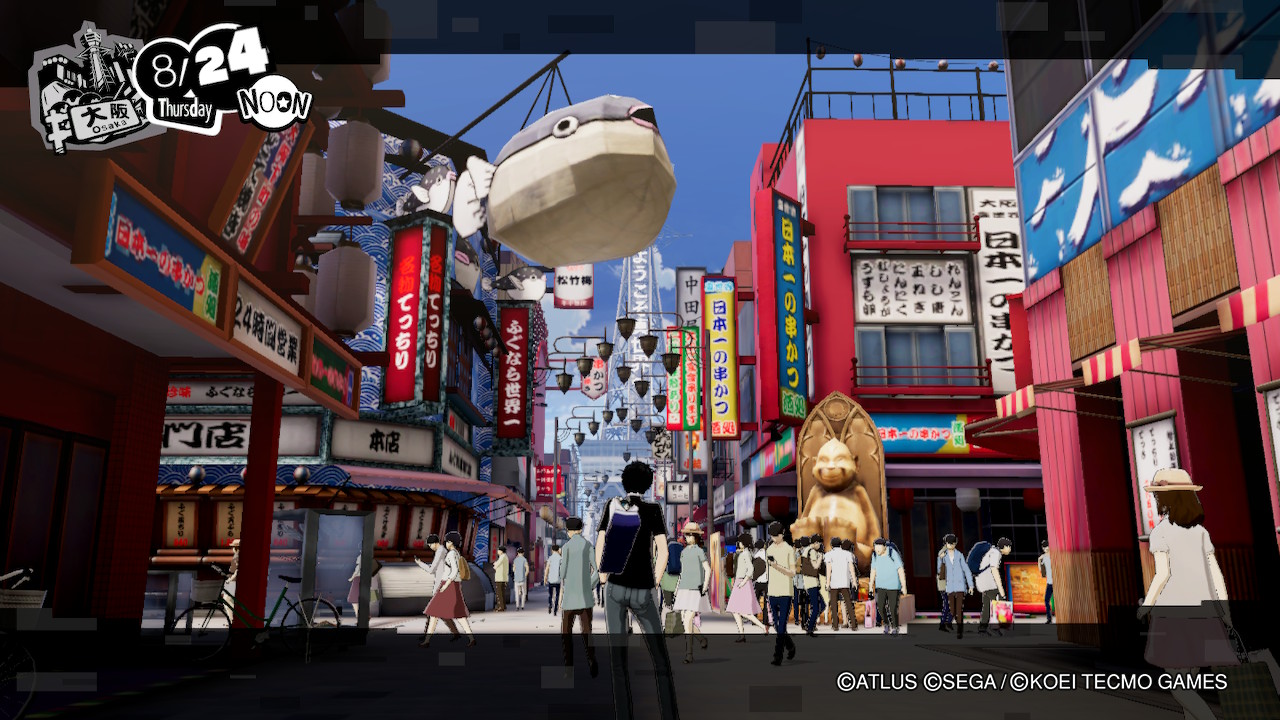 SPOILER WARNING FOR THIS SECTION OF THE GUIDE!

Once the plot kicks in, Joker and the gang are hitting the road and leaving Tokyo behind. You’ll be able to explore multiple cities, with a few extras thrown in as cutscenes only. These are the main locales you’ll actually get to walk around:

Of the quick stop overs, Kyoto plays a large part in the game’s story and even gets its own, smaller Jail to playthrough. That said, you’re unable to “visit” the city in the same way you check out the rest.

Are there any permanent missables in Persona 5 Strikers?

Sadly, yes. While you’re able to freely revisit the game’s Jails no matter where in Japan you currently are, once the Phantom Thieves leave a city they can no longer return. That means any local items, accessories, and recipes should be picked up before you leave. Sometimes these, as well as local ingredients, will show up in Sophia’s Shop but you’re better off getting them in their home city.

These are usually found in shops, but can also be gained from talking to your friends. Every new day where you can explore is a chance to chat up your teammates, and while often times they’ll just want to chat they’ll also gift you rewards. Since you can only talk to them for those rewards on those specific days and places, these can also be permanently lost.

That also goes for Requests. Once you progress far enough in the game you’ll start getting sidequests called Requests. You can register multiple Requests at a time to complete more than one objective, and usually they’re tied to Jails, Persona, and Shadows. Since none of those are missable, none of those quests are either.

However, on certain days and in certain cities your friends will have Requests that can only be completed while you’re in that place. These usually involve local items or area-specific NPCs, so be sure to always check in with your fellow Thieves! 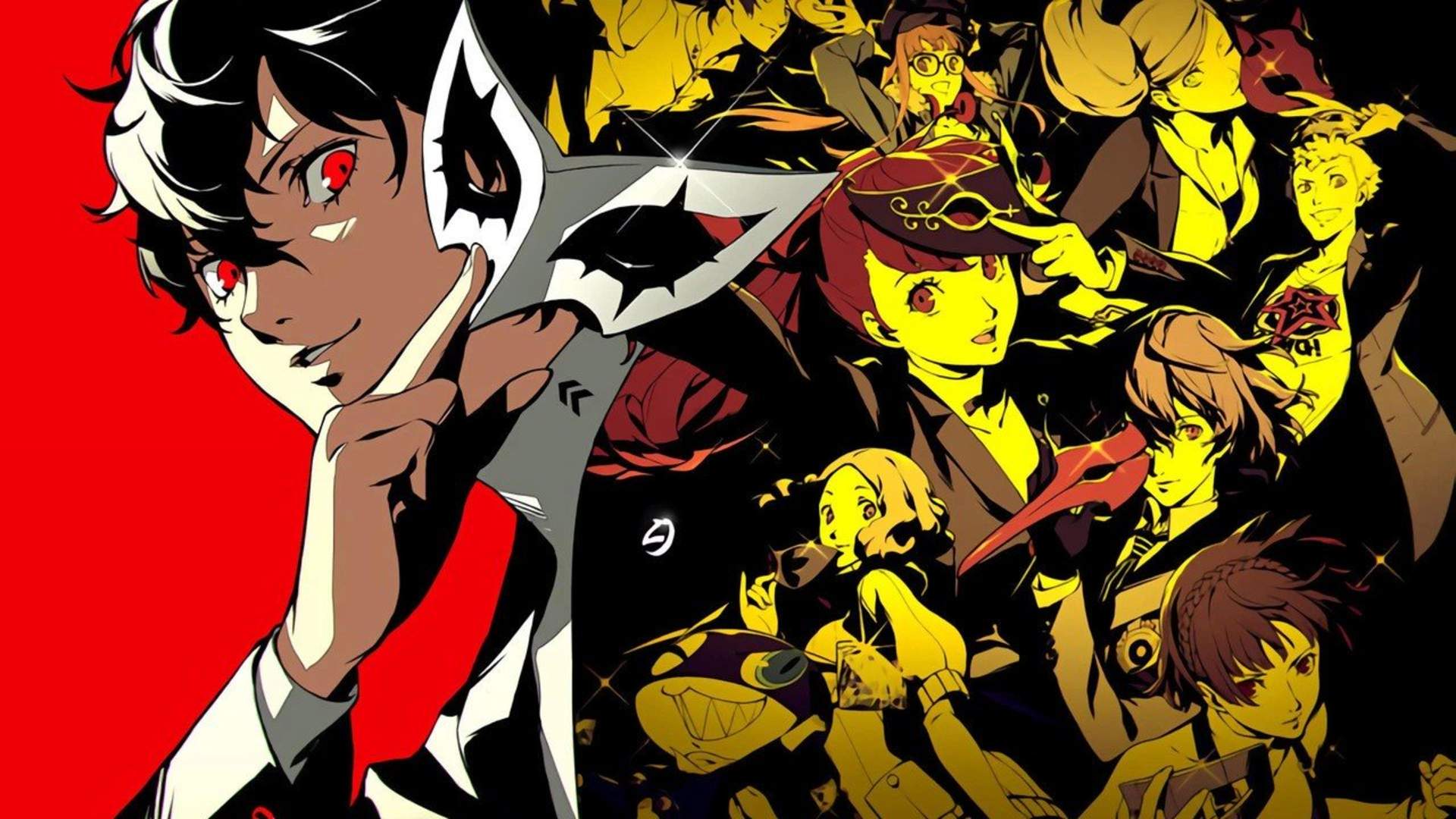 While there is no 100% consensus on this matter, we will say that Persona 5 Strikers can fit both with the original Persona 5 continuity and the expanded one from Persona 5 Royal. While certain characters from Royal do not make appearances nor are they mentioned in Strikers, there are potential justifications for that (though that would be a spoiler filled conversation).

It does fit more comfortably as a sequel to the original Persona 5 due to development timing and what is plainly shown in-game, however. That said, no matter which Persona 5 version you play ahead of Strikers, you’re in for a great follow up!

Looking for more help with Persona 5 Strikers? Check out our other guides! 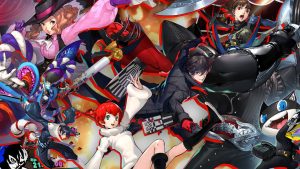 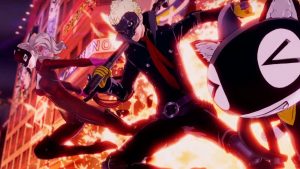 Guide: How long is Persona 5 Strikers?
Leave a Comment