Roy’s Hope – Why Fire Emblem: The Binding Blade deserves to be remade next

Between myself and fellow Fire Emblem fanatic Amelia Fruzzetti, you’ve no doubt seen plenty of love for Nintendo’s now flagship strategy franchise here at Nintendo Wire. It’s a series rich with features, plots, and characters; not to mention an interesting history when it comes to its rise in popularity in the West. While we’re on the cusp of the worldwide launch of Fire Emblem: Three Houses, it’s important to remember that a good portion of Fire Emblem titles have yet to be localized by Nintendo, and as a greedy Grandmaster of these RPGs, I want them all.

Don’t get me wrong on that welcome release either, I’m going to dive deep into Three Houses and it’s allegedly 200+ hour story. But that dedication from Nintendo to supplying it to its American audience is precisely why I want to see the unlocalized titles have another go around. The current Fire Emblem landscape changed after Awakening released, so the very idea that this sort of discussion/open-thinking is even reasonably possible would seem crazy about a decade ago.

The last FE release before this week’s was Fire Emblem Echoes: Shadows of Valentia, a full remake of the series’ second title (one that even die-hard fans never really looked twice at, at least from what I’ve encountered over the years) that fully introduced the whole world to Celica, Alm, and all their allies and enemies. My hope is this: after Three House’s dust is settled, Echoes branding becomes its own line of titles, reviving older games and giving them a second chance at recognition. And I know just which one should be next in line for that treatment. 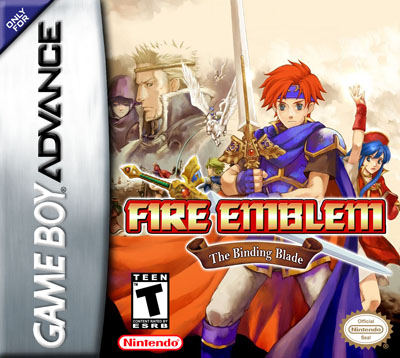 To put it plainly and briefly, there are two Fire Emblem titles that are most likely for remaking: the multi-generational saga rife with political intrigue that is Genealogy of the Holy War (originally released for the Super Famicom), and the return to familiarity that was The Binding Blade (originally for the Game Boy Advance). While from a gameplay perspective Genealogy is more unique — and from a plot perspective more expansive (and arguably interesting) — Binding Blade has some particular advantages over it when it comes to getting the remake treatment. Chief among them is a Young Lion that’s already plenty of people’s boy.

As we all know by now, Fire Emblem interest in the West grew out of the inclusion of Marth and Roy in Super Smash Bros. Melee. While Marth was an obvious choice as the first game’s main character (a game that has already been remade for the DS), Roy was more surprising, as his title of origin hadn’t even been released yet in Japan. In this way he stood out on the roster, being a form of advertising most equivalent to Corrin’s own inclusion in Smash for Wii U ahead of Fates’ US release several years later. 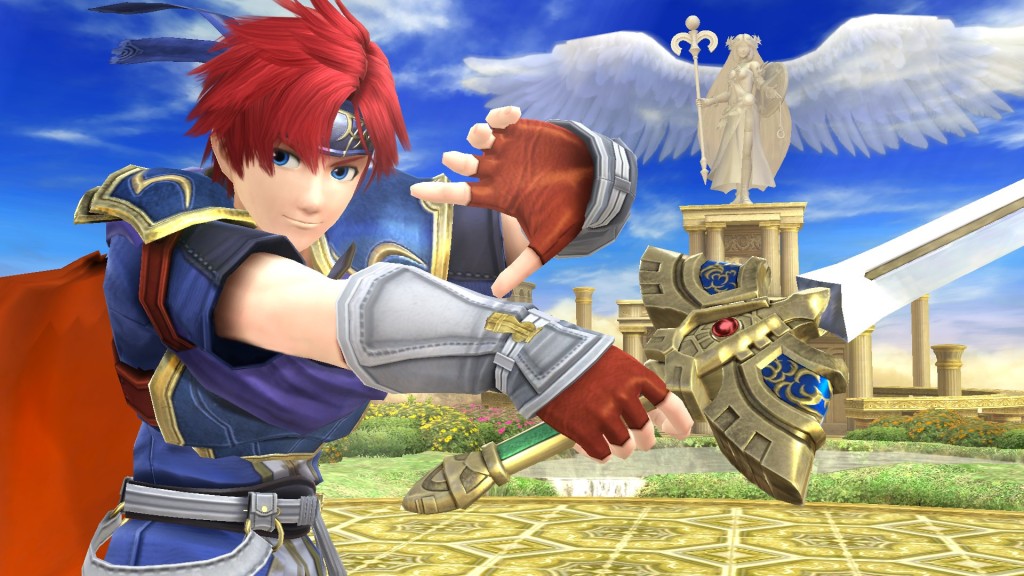 He’s since developed into a very popular character, becoming a Smash staple (after sitting Brawl out), an amiibo, DLC for Fire Emblem Awakening; and he’s even received multiple, alternate versions in Fire Emblem Heroes. That familiarity would serve a remake of Binding Blade well, as Genealogy’s cast is leaned on much less despite their strengths. It should be noted that Roy’s personality in Smash is quite different from his canon character, and the idea of more people getting to know the real Roy is one that makes this prospect even more appealing.

For one, Roy is much less hot-blooded than his voice and visual flair in Smash would lead you to think. He’s the youngest of all of Fire Emblem’s Lords; though thanks to his noble upbringing and education, he’s well-accustomed to warfare and politics, and his youth instead informs his idealistic nature. He aims to avoid conflict, but understands that he must take up the sword to show his resolve both to his opposition and those at his side. As Fire Emblem is no stranger to reusing character templates, this puts him in a similar category as Marth, Genealogy’s own Seliph, and Blazing Blade’s Eliwood — aka his own father. 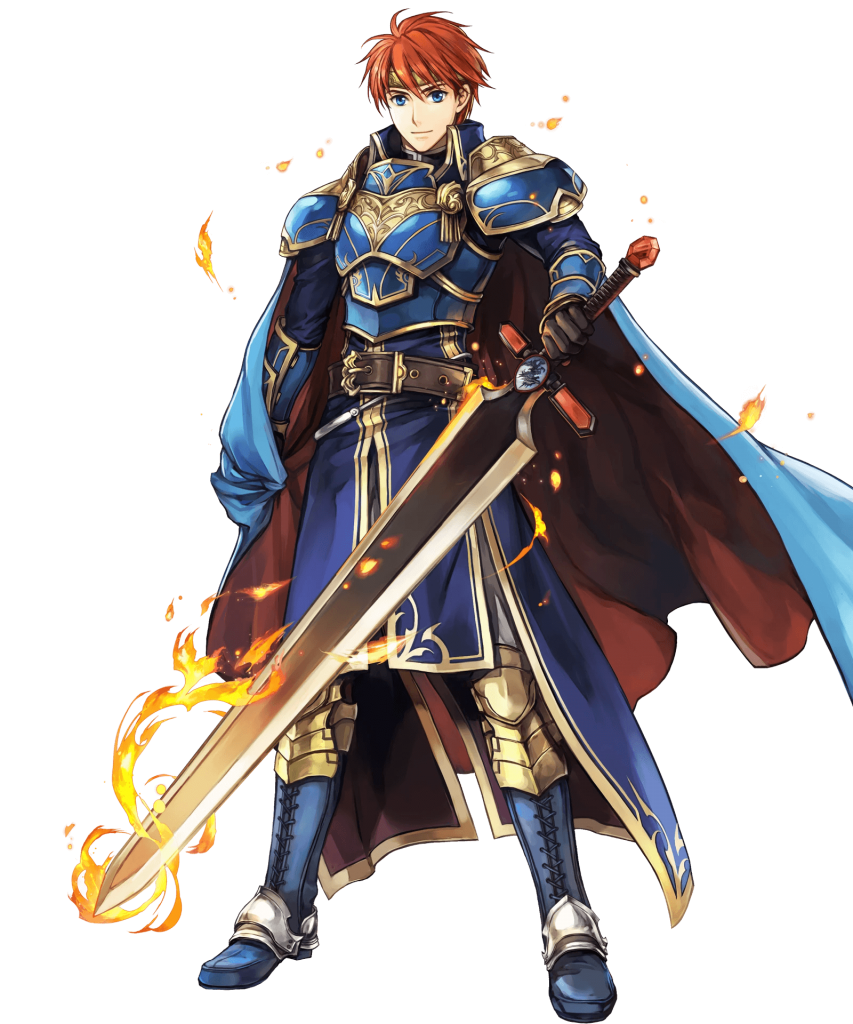 And that’s the other key reason why Binding Blade getting a remake is so compelling. Longtime Fire Emblem fans were introduced to the series by what would be both the predecessor and followup to Roy’s journey. What was called simply Fire Emblem here was a prequel in terms of story, but a sequel when it came to gameplay. It improved upon Binding Blade in many ways — and for many, the story of Eliwood, Lyn, and Hector is still the gold standard for the series. In telling Roy’s story and completing the Elibe saga of the series overseas, it would serve to satisfy both Roy’s own fanbase and longtime fans.

But what about those who came in later, the newer generation of fans more familiar with Awakening and beyond? To be frank, Binding Blade in its original form might be one of the weaker Fire Emblem titles. Its plot is fairly by-the-numbers, a handful of its chapters and characters are difficult to access or outright impossible to see depending on how you’re playing. Its version of the Support system (that is to say, the first full integration of the feature as we know it today) was lacking in terms of story. For those willing to dive into emulation and translation patches, it’s fairly low on my personal recommendation list. However, these shortcomings are precisely why it needs to be revisited, especially when stacked next to what makes Binding Blade memorable despite those faults. 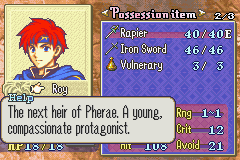 Just like its lead character, the game borrows heavily from the original Fire Emblem for its plot beats. I won’t revisit those at length, but rest assured that a young noble fighting back against imperial invasion and the presence of divine dragons and a singularly powerful weapon has been done. All the more reason a modern touchup could elevate things and add a little more nuance and originality. Even with that in mind, I always found Elibe to be a compelling and fleshed out continent. The likes of Illia, Sacae, and Etruria offer up varied backdrops and cultural analogs, and the history and legends of the region always felt more integral to its present compared to other titles.

Let’s not forget its cast at large, though. “Large” is right, too, as Binding Blade has one of the more sizable rosters of playable of characters. That means potential class overlap, which means options to fit your playstyle and personal tastes. While it falls short of games with free and easy reclassing, it’s still welcome and notable. That quantity does affect the quality though, as many of the characters run the risk of seeming flat be it in their designs or personalities. For every Fae, or Gonzales, or Elfinn there’s also a Dorothy, a Wade, a Barthe to drag things down. 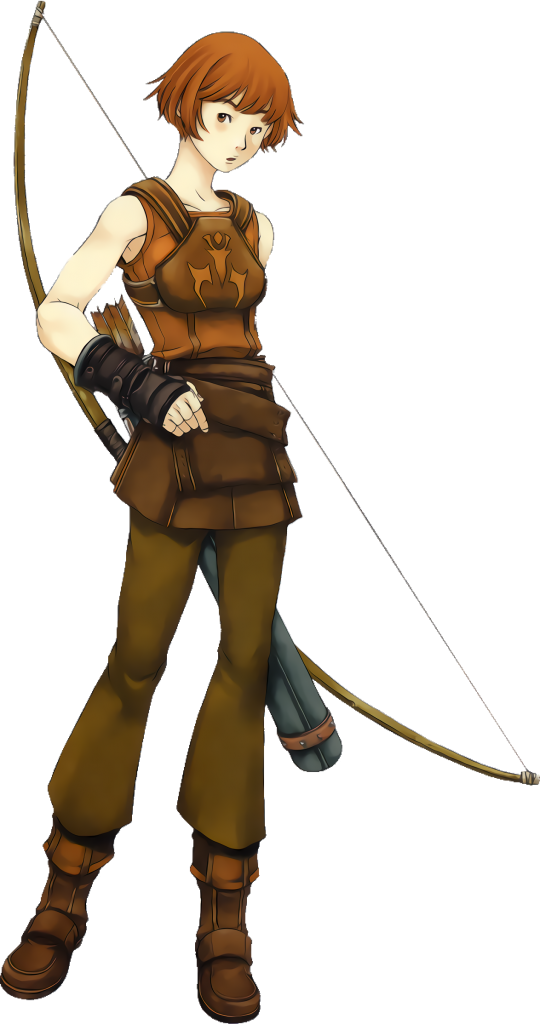 That’s not a problem unique to this particular title, but as times and standards change for the series, the game runs the risk of becoming forgotten outside of Roy. To its credit, Fire Emblem Heroes has made some notice of a few standouts both playable and not. Narcian and Zephiel are both not only available, but were some of the earliest enemy characters to receive that privilege in Heroes; a few members of its cast received summer versions just this month, and earlier this year a whole Focus was composed of Binding Blade recruits making their mobile debut. It’s still not a great amount of exposure, but it’s as good a measuring stick as we have without a previous release to go off of.

As stated, Binding Blade’s biggest competition to receive the Echoes treatment is Genealogy of the Holy War. In all honesty, Genealogy is the stronger of the two, for reasons I’ve touched on in brief already and that we’ve covered at length before. I’d love nothing more than for it to get the recognition it deserves, but I’d also make the argument that a localization of it would be less lucrative (due to its comparative lack of familiarity) and more difficult (due to its subject matter erring into some territory that Nintendo tends to shy away from) than Binding Blade. Its ambition at the time matches the series’ current identity, though that same complexity may hurt its chances.

There is some footing for it, though: Three Houses seems to be taking inspiration from it in terms of plot progression and themes, and a few returning gameplay systems. If you can get past (or ideally gel with) its difficulty and unique twists, Genealogy is plenty enjoyable and intriguing as is. Binding Blade, on the other hand, would benefit much more from a new coat of paint. Looking at how Gaiden became Valentia, with new characters and plot points complemented by touched up gameplay and presentation, I’m more excited for the prospect of this vanilla entry getting some added flavor to not only live up to expectations, but exceed them. As far as fixes go, imagine an easier or at least clearer means of accessing extra chapters and the Divine Weapons at the heart of this game’s mythology, which are in turn necessary for the “true” ending. Or how about a game where Roy’s statline isn’t as blocked off by his late promotion and characters closest to him get a greater presence in the plot, particularly his heavily implied love interest Lilina.

If I could get even more avaricious, I’d even suggest including Blazing Blade with it as one complete collection of their joint saga, perhaps with your character and relationship choices in Blazing getting reflected in Binding, or explaining (or outright negating) Lyn’s absence from the game — a unique problem due to her being created for the prequel. Integration like that may be a bit much (not to mention somewhat deviating from the main point of this piece), but I’d at least hope the popularity of that entry and making some changes to tie them even closer together would be considered There’s further potential past that, but even these surface level fixes to common complaints are enough of a reason why I’d look to the GBA for remakes before the SNES in this case.

I expect some to disagree with the points I’ve made, be they champions of Genealogy or anti-remake in general. Some might take a third option and suggest Ike and the Tellius duology get a second chance instead, even; but I hold fast to Roy, his hope, and his story being the most likely Echo of the series’ past. Time will tell if Nintendo is keen to continue cashing in on these legacy games when it comes to Fire Emblem, but if that moment comes, you can rest assured I’ll be there. If luck should have it, I’ll even be able to say, “I told you so.”