The other day, I was looking back through an opinion piece I wrote earlier this year, an evaluation of the Pokémon franchise shortly after the release of Pokémon Legends: Arceus. And while the article has already aged in general, one part in particular jumped out at me:

It’s unlikely that Game Freak is going to completely give up on mainline Pokémon games anytime soon, especially since odds are high we’ll be seeing Gen IX in 2023 or 2024…

2023 or 2024. Ha! What a naive fool I was. It would only be a week or two later that The Pokémon Company and Game Freak would announce Pokémon Scarlet and Violet, now released to… widespread reaction. This means that the last 12 months have brought no less than three (five, if you want to be pedantic) Pokémon games, two of which were developed by Game Freak and released in the same calendar year. Is it any surprise then that ScarVi is filled with bugs?

Let me begin by stating that I refuse to tear into any Game Freak programmers or designers for shoddy craftsmanship – in fact, I want to do the opposite. Putting out two huge, expansive innovative games that manage to be complete products in one year is monumentally impressive. I don’t care how much you do or do not like them. Even if both games proved tepid, the amount of work that went into them is insane. And in my opinion, it’s the best the series has been in a while. But it’s also so evident that the games weren’t given time to be polished. 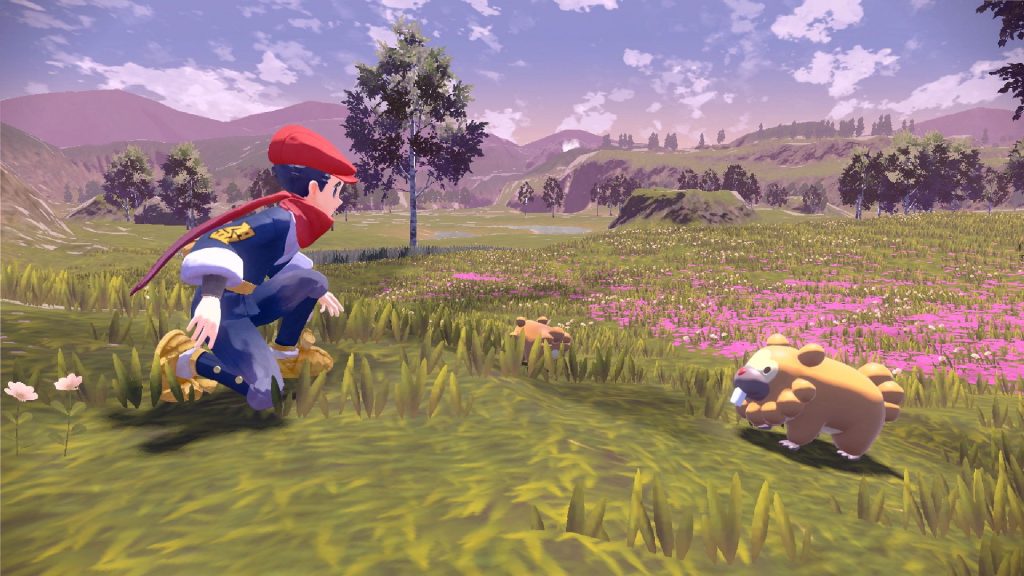 Pokémon fans have long developed a reputation for cankerous bellyaching, especially after the previous generation, Sword and Shield/Gen VIII. While Legends actually seemed to placate the masses (save the weirdos who will never be satisfied with graphics short of real life photo quality), chaos has descended once again with Gen IX, with people jumping on every bug and glitch with rabid disbelief. It’s gotten to the point where people are comparing the title to the infamous Sonic the Hedgehog (2006). But this comparison ignores that the base game, beyond the glitches, is a ton of fun and has a lot going for it. There are a couple kinks in the open world design – expected for a first entry in such a system – but it’s much more enjoyable than detractors would lead you to believe (in this humble game writer’s opinion).

This is not to say the number of glitches aren’t bad. They are. They’re a telltale sign of the sheer lack of time and resources spent on a development that needed more, even if that manifests in largely harmless forms (though there are glitches that are quite egregious). Even though the two games Game Freak has put out this year are better and fresher than anything they’ve put out in a while, it feels almost more like a happy accident. As if they threw things at the wall and they just happened to stick.

We’re clearly in an experimental era for Pokémon. Last year’s Brilliant Diamond and Shining Pearl was the first “mainline” game not to be handled by Game Freak, and most people found it to be a sterile remake without much life. As good as Legends and ScarVi are, they feel weirdly similar in core appeal (wide open Pokémon game), even if they end up manifesting in quite different ways. (ScarVi has traditional Pokémon gameplay that just happens to be in a contiguous world, Legends is more focused on ecology and actually interacting with the environment.) While this was all put in motion before Sword and Shield came out due to multiyear dev cycles, there’s no doubt that the extreme reaction to that game influenced the hastiness and spread of the current titles. But all of this brainstorming comes at a cost.

Look at a calendar of mainline Pokémon releases. From the late ’90s through the early ’10s, there would be individual years without a major release, where people could coast by. While the gap between generations was always about three to four years, the interim was often filled with third versions like Crystal and Emerald (which are less of a development cost) and spinoffs by other teams. In the year between Diamond/Pearl and Platinum, for example, there was no Game Freak game – but Spike Chunsoft put out Pokémon Mystery Dungeon: Explorers of Time and Darkness, now regarded by some (those with taste) to be one of the best games in the wider franchise ever. Since 2016, however, Game Freak has not let up — following up Sun and Moon with Ultra Sun and Ultra Moon only a year later, putting out the casual Let’s Go games on Switch, and then cannonballing with Sword and Shield and its DLC before moving on to this year’s releases. What happened?

The answer is actually deceptively simple. 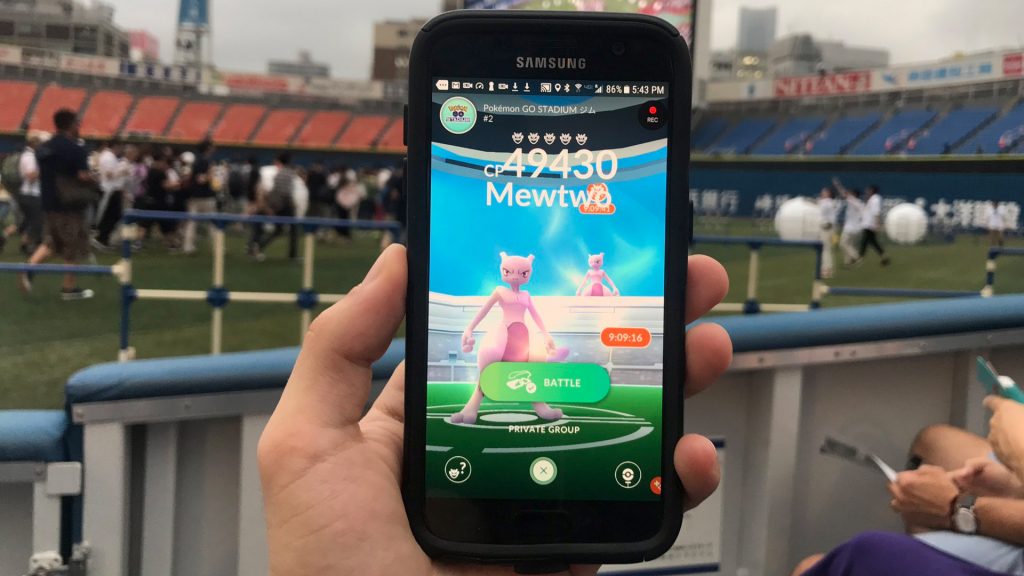 Pokémon GO. Its release in 2016 precipitated untold levels of popularity for the franchise. Pokémon practically achieved a mass social movement that summer without any organizational structure just because of that game. Some fools (me) believed it might be the first step in achieving world peace. Sun and Moon then became the fastest selling titles in Nintendo’s history at the time, becoming the third all-time best-selling 3DS game behind only Mario Kart 7 and X/Y. And the sales numbers just kept coming. Pokémon has never truly flopped. It is literally the most profitable entertainment franchise in the entire world. That’s right, Pikachu has become a more iconic and best-selling mouse in 25 years than that rat Mickey has in almost a century. Despite all of the whinging, Pokémon still succeeds financially.

And there’s the problem.

I said earlier I wouldn’t criticize any of the developers or designers at Game Freak. But I will gladly, eagerly criticize the higher-ups – the producers, the executives who set these time tables and know the games will sell regardless of attention to quality. Gap years in releases? That wouldn’t generate any revenue. Why spend more time (money) on development when you can spend less and make just as much dough? The developers at Game Freak are clearly talented, devoted, eager to make the best product they can. Each and every Pokémon game brims with a clear love for the franchise and its eponymous critters. So what if they had the time to properly put their devotion and efforts into the games, without crunch, without strict annual releases?

But so long as there’s no material incentive to ease up on the gravy train, the head honchos will keep on rolling. We may be seeing a tipping point – while the Sword and Shield reception was toxic, Scarlet and Violet have more transparent issues involving bugs and glitches (even if I find them to be better games overall). It may reach the point where The Pokémon Company fears brand integrity being damaged to the point where the cash flow does slow down – which would actually motivate them to take a breather. Part of me also wants to believe that they just want to make good games. But after the past five-ish years… I’m not sure. Something has changed. 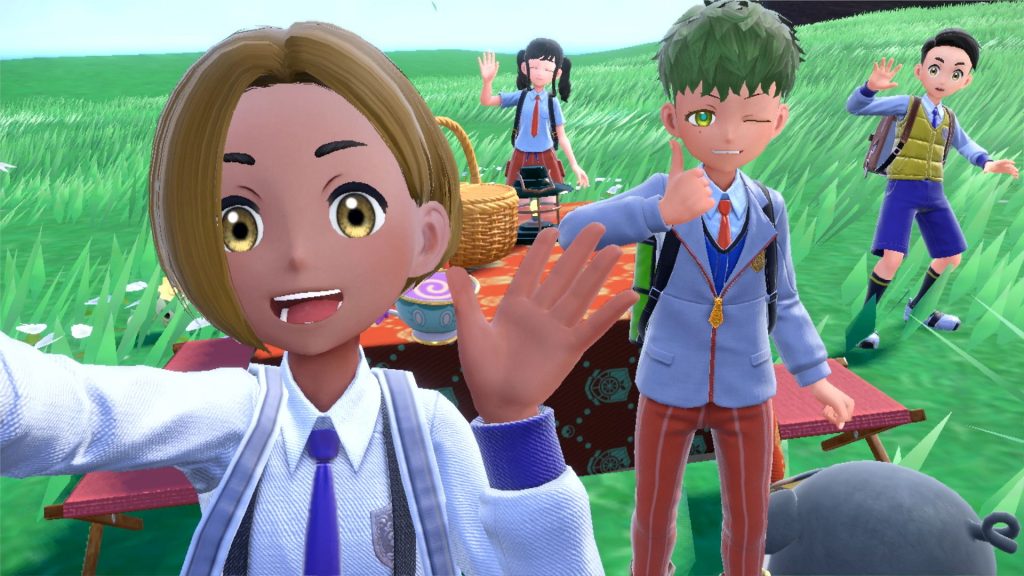 Let it be known that I’m far from the first to call for this. If anything, I’m only one voice in a chorus clamoring for the series to hit the brakes. Some go so far as to say Game Freak should hand the keys to some other studio, but I’m not sure that’s the solution. Legends: Arceus and even ScarVi show a knack for the company’s strengths: creature and character design, music, gameplay depth and – when they put their minds to it – world design. The amount of workload that goes into these games is unfathomable to those outside the industry. Hundreds of new models per game, countless possible system interactions, and several core systems of gameplay. Game Freak isn’t even the only company involved in development. How many people even know that Pokémon models are made by Creatures, Inc.? Hell, there are people out there who still blame all development ills on Nintendo. Making these things is a lot more complicated than internet commentators would have you believe.

If Scarlet and Violet had just had one more year – hell, even half a year – to fix some of its leaky pipes it would have gone down as a smashing success. Instead, it will be remembered as divisive and inflammatory for the shallowest of surface-level flaws, with little consideration paid for the actual design decisions, good or bad. All because we couldn’t have a holiday season without a Pokémon release. Good grief. The players deserve better than this. The developers deserve better than this. The series deserves better than this. But will the producers listen?

I’ll see you all in 2025 when Pokémon Light and Dark versions release, I guess.