Opinion – Where does Pokémon go from here?

It’s been roughly two and a half years since that was last true. In June 2019, the announcement that the upcoming Pokémon Sword & Shield wouldn’t have the National Pokédex (and thus, every Pokémon) available in-game sent seisms through the fandom, causing wide enough fractures that the dam of general high regard towards the series was finally destroyed by a flood of discontent, disreputation, and most of all, discourse. Criticisms that were always present but never held by a majority — accusations of staleness in design, bad graphics, and lazy developers — now caused rifts in the fandom, magnified as the games came out and were regarded less highly than their predecessors. People had wanted change in Pokémon for a long, long time, but this was the first time it felt like the outcry was held by a significant portion of the player base rather than a vocal minority. It left such toxic residue that it carried on to the recent Brilliant Diamond and Shining Pearl remakes, much-derided for many of the same reasons — sameness, simplicity, and lack of ambition all around.

Perhaps that’s why Legends has landed as well as it has. For all the skepticism heading in by a large contingency of fans, for all the memes that would just not shut up about graphical fidelity (and in fact still will not, despite the fact that the game looks perfectly fine), it’s shaken up the Pokémon formula in a way that feels legitimately and truly different — and, in a way, maybe closer to what Pokémon was always meant to be.

Thematically, Pokémon as a series has always had two underlying focuses: one of ecology and one of collectibility. On the ecological side, the series is very much about humans’ connection to nature and its inhabitants, of becoming friends with them and learning to live a sort of harmonious existence. Trainers may do battle with Pokémon, yes, but across all mediums — games, anime, and manga — bonds with the Pokémon and how they might enrich people’s lives are always front and center. And on the collectible side, the series emphasizes learning about and collecting as many Pokémon as possible. The idealist outlook is that it’s to inspire wonder and curiosity about the various species of our little blue marble, while the more cynical one is that The Pokémon Company wants to sell you merch for every cutesy creature they can come up with. Regardless of which you find to be true, there’s a reason the series original tagline overseas was “Gotta Catch ‘Em All.” 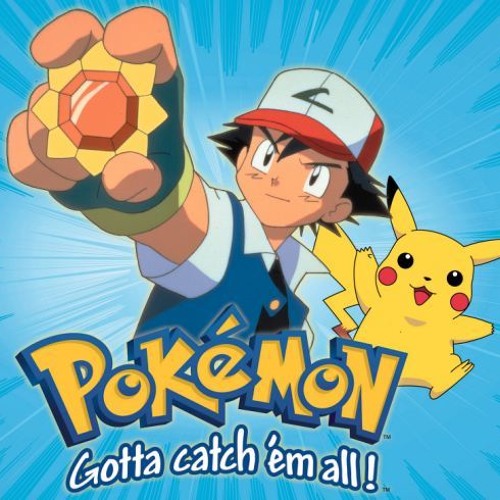 Strangely, these two themes have struggled most in the franchise’s original medium, which is extremely focused on battles as core gameplay. Obviously, the text of the game still pronounces Pokémon as precious friends every five minutes, and you can still fill up the Pokédex, but I don’t think it’s incorrect to state that over 80% of mainline Pokémon games (Red/Blue, Gold/Silver, etc.) are designed around battles. And why wouldn’t they be? The core gameplay of Pokémon carried the franchise for a quarter-century without any significant overhaul, refinements sharpening a solid and unique base into a foundation for the most popular media franchise of all-time. Pokémon’s battle system is highly strategic, flexible, and fun; with countless variations for teams you could possibly create. Some may not be as competitively viable as others, sure, but you can make a Champion team out of just about anybody.

Yet here comes Legends, a game that has not only put Pokémon into a more open environment, but actually emphasizes capturing and data recording over training and battling. Instead of needing to initiate a battle in every wild Pokémon encounter, you can interact with them in myriad new ways: feeding them berries, running from their aggression, stunning them with mud, or slinking around in tall grass and nailing them in the back with a Poké Ball. Filling out the Pokédex is no longer a simple matter of getting one critter in one sphere but a complex process of observation and interaction. While not perhaps the highest culmination of what we might call “ecological gameplay,” just like the foundation of mainline Pokémon’s battle system, it’s the first step in creating a whole new type of experience.

And the way in which the developers modified the battle system to fit this kind of experience was nothing short of clever — shaken up by the Turn Order system and its accompanying Strong and Agile Style moves, lightly simplified as far as stat-boosting moves go, and streamlined to take place quickly and with little interruption. Battles are thinner, and while it’s not like they’re all no-brainers or boring, they act more as supplements to the main game than the core. It almost feels strange when you run into a Trainer battle or other mandatory fight, simply because the overall game flavor has changed so much despite having so many of the same ingredients. It’s like comparing a fajita to a burrito. 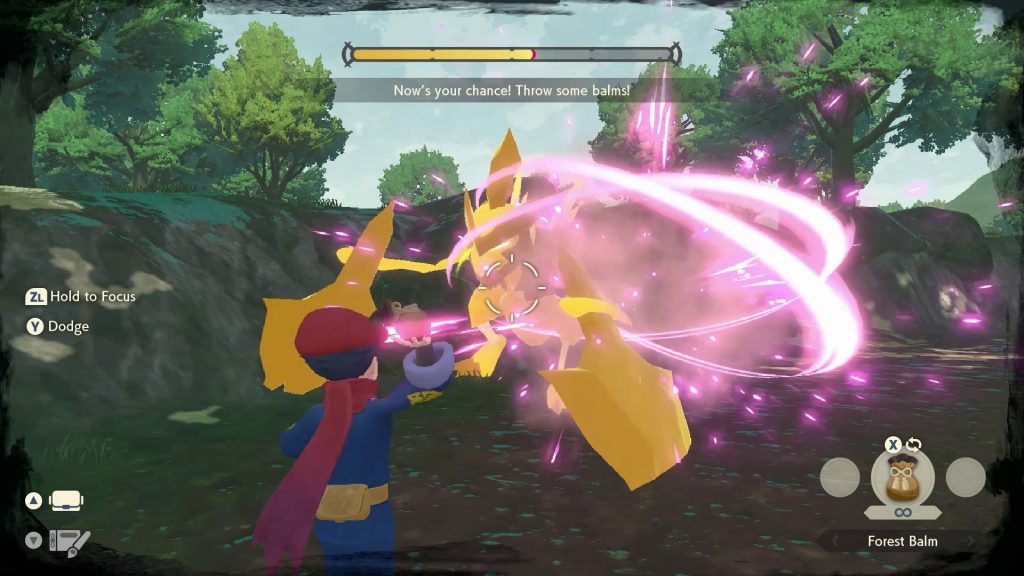 But this begs a question: what does Pokémon do now? Legends was a half-generational step, cleverly set up so that if it happened to fail it wouldn’t affect the series’ standing in the long-run. But there’s no need to worry about that: it’s selling like hotcakes, better than either SwSh or BDSP did in the same timespan. It can’t be chalked up as an ambitious quasi-spinoff, but rather the future of the series. Right?

Well, it’s hard to say. It’s unlikely that Game Freak is going to completely give up on mainline Pokémon games anytime soon, especially since odds are high we’ll be seeing Gen IX in 2023 or 2024 and mainline games are how the entire Generational machine of Pokémon — a machine that includes anime adaptations, manga storylines, side projects, and incalculable amounts of merchandise — kick off every four to five years. But with the massive success of Legends, they’d be foolish to make this a one-time deal. But it would be equally foolish to have Legends replace the mainline franchise — it’s stronger in many ways, but also lacks certain core strengths. First and foremost, as discussed already, being the complexity and nature of the central battle system.

The best path is probably what TPC will end up doing: a future in which traditional Pokémon games are the flagship still and Legends is an adjutant, just as (if not more) mighty. It makes sense from a business perspective, too — why not sell two kinds of cakes if they’re both popular? Why toss out the backbone when you just grew a new arm? In all hope, the two playstyles will complement one another, the more open and ecological gameplay of Legends contrasted against the linear and battle-heavy gameplay of mainline games. 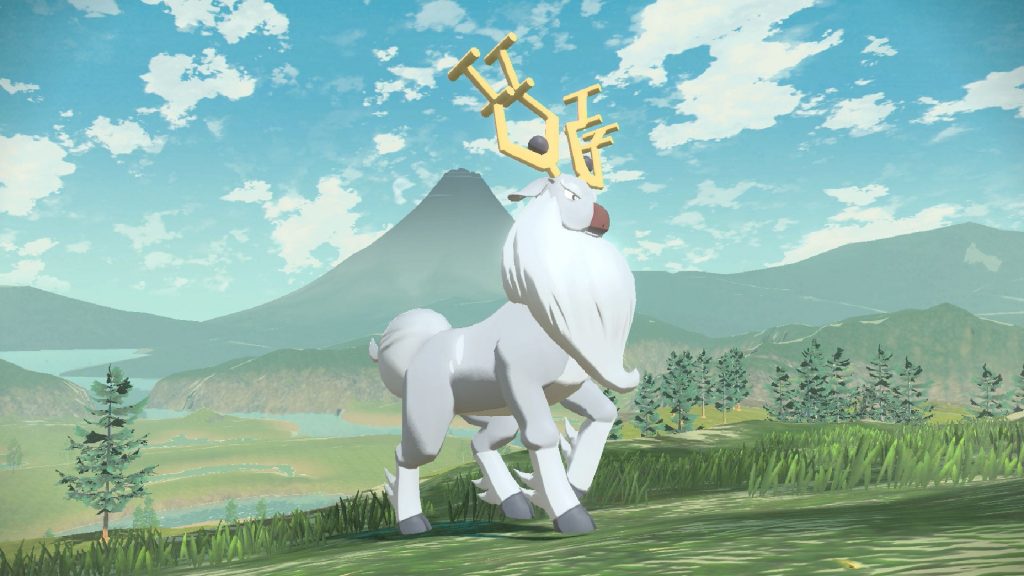 But the biggest question mark in this scenario is the fanbase. Now that they’ve gotten a taste of something different, can they go back to the same stock meal they’d had eight times in a row before? Will the bickering and criticism return when there’s another mainline game on the way and the graphics still aren’t 4k ultra hd with raytracing? It’s difficult to say, and one can still catch the bitter aftertaste of the past couple years in criticisms of Legends (for being big and empty, or having a lame story, or no gyms, or any other wayward detail that leaves folks unsatisfied).

I think the true ideal is even more expansive: to have a new game or subseries like Legends each gen to shake things up, to provide the spark and flare of novel experiences each time. Pokémon’s track record with spinoff varies wildly — some stick around fairly consistently (Mystery Dungeon), more seem strong before petering out with changing consoles (Ranger), and others remain dormant for decades before revival (Snap). Given Legends’ unprecedented success, it seems likely to stick around, but we can only hope that something genuinely new follows in its wake as well. Because as good as Legends is (and make no mistake, it’s great) — it only feels as invigorating as it does because we haven’t seen it before.

And I’d hate to see it merely shuffled into the status quo.