When Super Mario Party was announced at E3 2018, I was over the moon. Finally, the series would be returning to its roots and doing away with the car-based gameplay that’d plagued the franchise since Mario Party 9. We could finally move independently again, plotting to sabotage others in our bloodthirsty quests for Stars. We could use items, real items instead of different types of die, to ruin someone else’s game or bolster our own. And best of all, there were tons and tons of characters — more than there’d ever been before! It was all a dream-come-true for a Mario Party fan like myself. 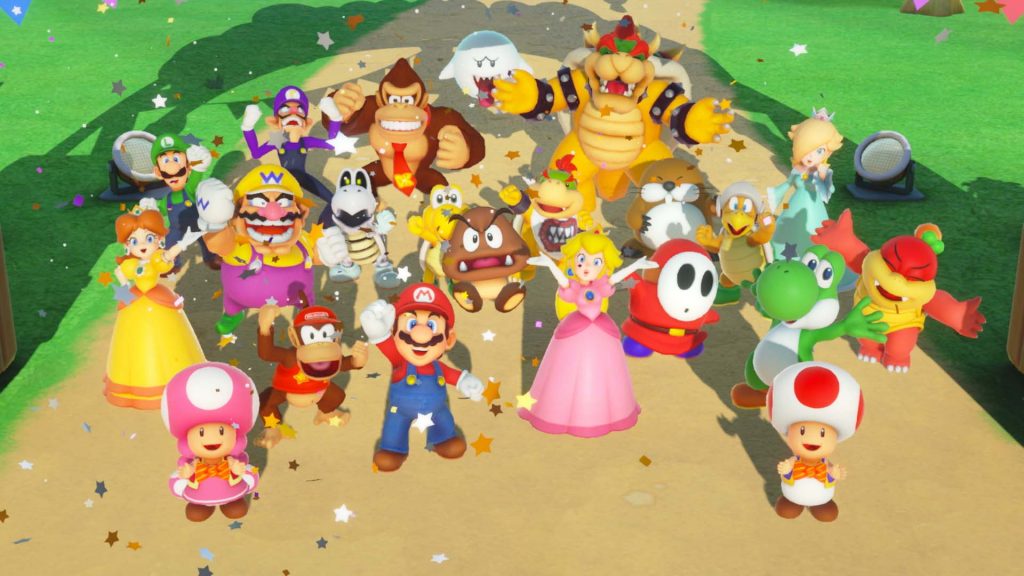 And so I counted down the days. I ingested every morsel of news and information I could about the game. I audited my friends and family members to see which were truly expendable if it came down to picking between them and a Star… or, y’know, even just a handful of coins. Finally, once October 5th, 2018 came, I hopped in my car, peeled down the street to Best Buy, and picked up my copy of Super Mario Party. I popped it into my Nintendo Switch, stretched my fingers, and by night’s end, all I could think was…

A return to form… but without a lot of substance

Super Mario Party is fun. It’s a fantastic party game with a great selection of mini-games. It uses the Nintendo Switch’s hardware in cool and inventive ways, from its HD Rumble-based mini-games to the entire Toad’s Rec Room mode in which you can use two Switch systems together to partake in crafty tabletop play. It has the best roster of any Mario Party game before it, and the whole presentation — from the stages to the level of detail in characters’ animations — is wonderful. The only problem is… is so barebones. The online mode leaves much to be desired with no ability to actually play real, full games of Mario Party—just a scarce selection of mini-games. Most egregious of all, despite having 20 playable characters, there’re only four stages in the standard Mario Party mode. Four! Sure, there’re Partner Party variants of those same stages, plus the all-new cooperative River Survival mode, but a Mario Party game’s only as good as its boards, and Super Mario Party’s severely lacking. 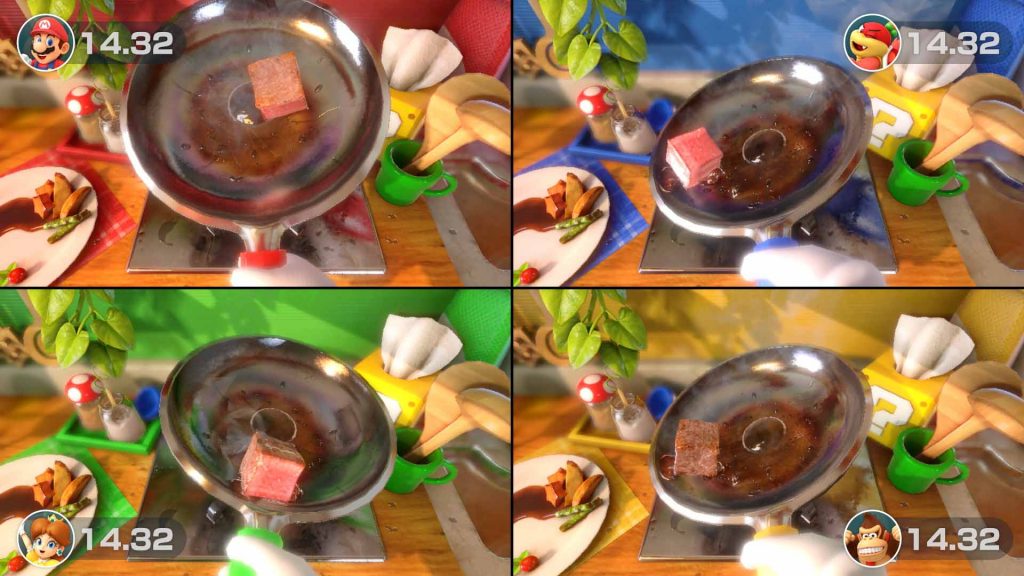 The two most controversial games in the series, Mario Party 9 and 10, had more boards than Super Mario Party — seven and five, respectively! In fact, shockingly, Super Mario Party has the least amount of stages of any game in the franchise –of course, not counting the handheld versions that didn’t really have standard boards (although even Mario Party DS had five). After I’d unlocked Kamek’s Tantalizing Tower, I was fully expecting at least one or two more stages. Sadly, that was it. Just four, mediocre boards to last the rest of Super Mario Party eternity.

And mediocre they were, because while Super Mario Party may’ve returned to the gameplay of Mario Party pre-9, these weren’t the same massive, non-linear boards of 2000s Mario Parties. No, these were cramped, tiny boards a good 33% the size of something like Mario Party 5’s Toy Dream. 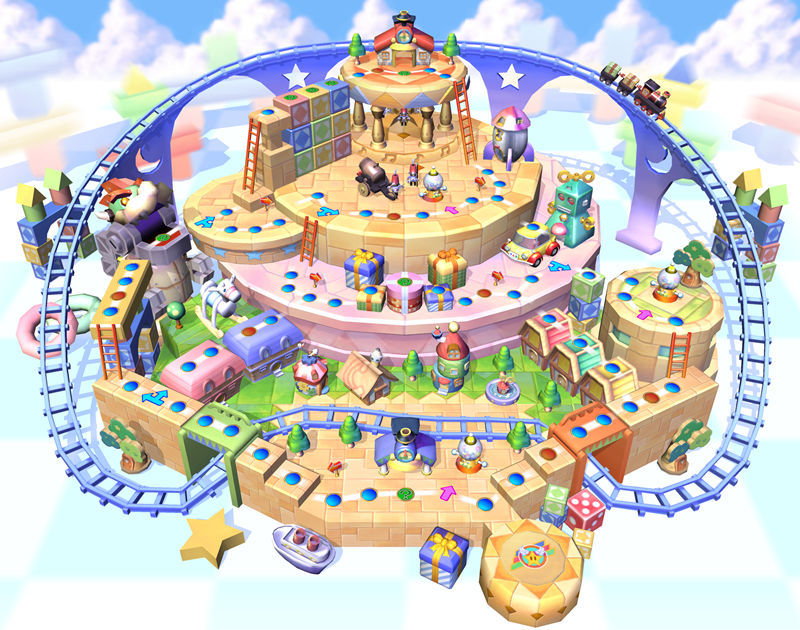 At first, I was like… whatever. I figured Super Mario Party was ripe for DLC. After all, Nintendo’d been pushing out downloadable content — both paid and free — for a lot of its titles in the Switch era: Mario Tennis Aces, Kirby Star Allies, ARMS, Splatoon 2, Super Mario Odyssey, Xenoblade Chronicles 2, The Legend of Zelda: Breath of the Wild… the list goes on and on. And with Super Mario Party being the seventh-best-selling game on the Switch (as of July 30th, 2019), I was like… “Yep, no worries here! They’re totally planning on releasing more content for this game, and I frigging adore this game, so I’m gonna throw as much money at them as they want for new boards and characters and a full-fledged online mode.”

Alas, countless Nintendo Directs and E3 2019 came and went without another peep about this now-forgotten title. Nothing’s been mentioned or even teased since it was released. An unused stage was found in the game’s data, perhaps pointing to some planned DLC, but no. Nothing came from it, and it sucks because this game is begging for DLC. Here we are, a year later, and Super Mario Party is still the same experience it was when it launched.

Where do we go from here?

Hey, remember that long-gone era of the early 2000s? Y’know, before we were all enamored with the Wii’s motion controls and silly name and instead were playing on our trusty, old GameCubes? That then’s what I like to think of as Mario Party’s Golden Era. Would you be shocked if I told you that Mario Party releases used to be a yearly event? That’s right: Up until Mario Party 8, a new Mario Party game came out every year from 1999 (or 1998 in Japan) to 2005. It was a magical time. Then, everything changed, and we entered the Dark Ages: Mario Party 8 in 2007, Mario Party 9 with friggin’ car gameplay in 2012 (!!!), Mario Party 10 in 2015, and finally Super Mario Party in 2018. Of course, there’re also the handheld versions between those years, but are those really Mario Party? 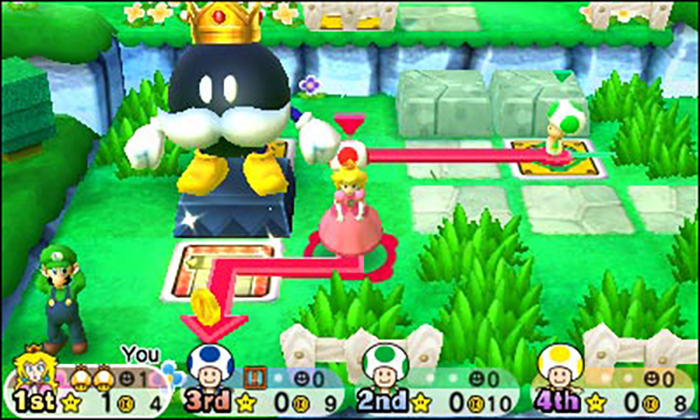 What is this? Get the heck outta here.

Given that it’s been a year since Super Mario Party launched, I’m guessing DLC is pretty much out of the question, so the only thing left is the eventual Super Mario Party 2. Given the success of Super Mario Party, I’m crossing my fingers we’ll see a return to a more regular release schedule for the series. Maybe not the annual cadence of the earlier games, but I wouldn’t mind seeing a new one every two years or so — perhaps with a steady stream of downloadable content for each to tide us over for the next one.

If Super Mario Party 2 were to release next year with at least six, sizable boards, the same roster as Super Mario Party (plus a few more characters), a real online mode, and a whole-new set of minigames and gameplay options, I’d be one happy little Nintendo gamer. Keep the classic Mario Party gameplay, of course, and you can maybe throw in the car mechanics as an optional mode. Whatever the plan is, I’d like to see something a little more rounded than Super Mario Party was. The Mario Party franchise has never been the paragon of gaming greatness, but it’s a staple of the party game franchise and deserves a bright, promising future.

If Super Mario Party was any indication of the life this series has left in it, I’m very optimistic. I can only hope developers Nd Cube have it in them to continue the excellence of their latest outing and build upon that foundation. Super Mario Party may’ve left a ton of opportunities on the table, but Super Mario Party 2 has the chance to pick up where its predecessor failed.

Nd Cube, please: build something worth losing friendships over. I’m counting on you.