Echo Location: A clumsy secretary, a kind priestess, and one flashy uppercut

It’s time again at last for us to look at the Super Smash Bros. Ultimate roster, nod in approval, and then realize we’re greedy and want all our favorites front and center to join the fight. With ideas bouncing in our heads like sound waves that just won’t quit, join in on the specu-wishing and welcome back to our Echo Location series.

Last time, we went through a Sheikah, a Kong, and a kid with a song, courtesy of Amelia Fruzzetti. Now we’ve got three more characters to double up on fighters from three favorite franchises. This isn’t the end though, so be on the lookout for some more from Logan Plant sometime real soon. ‘Til then, let’s get right into the public sector:

Isabelle rings true as the cutest Echo Fighter around

Full disclosure: I used to wave off any notion of Isabelle joining Smash. As much as I love Nintendo’s number one secretary, she just didn’t seem to have the same potential to rep Animal Crossing like Villager. With Echo Fighters though, this is one project I think she can take on without issue.

Visually her moves could have subtle changes, like plucking flowers instead of pulling weeds or whacking someone with her clipboard rather than an umbrella. Animal Crossing has such a wealth of items and features that it shouldn’t be too tough to give her that added flair. At the very least, I’d love to see her be more expressive and emotive than Villager, much like she tends to be in Animal Crossing itself. 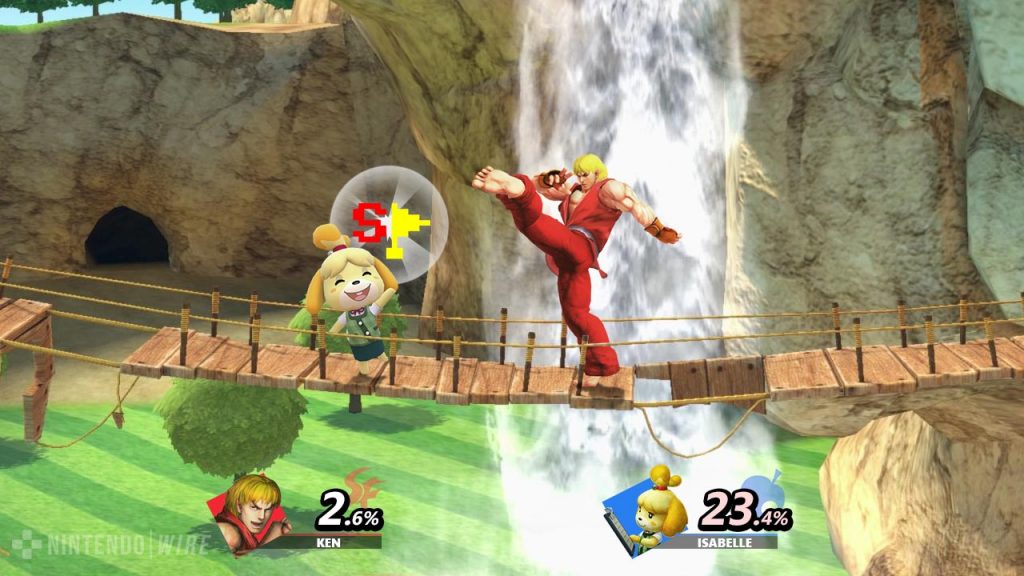 Her specials and some other moves are a bit trickier though. Pocket could be sidelined for her tossing fruit, much like she already did as an assist trophy and could work similar to Pac-Man’s neutral special. Maybe instead of riding a gyroid she can hop on her scooter and function more like Wario or Bowser Jr.’s side B. Chrom’s able to take a move from outside his direct origin, so why not this puppy?

As popular and welcome as she is, I do feel that if Isabelle’s added she’ll be fairly tweaked from Villager just to stay truer to her as a character. It might take a little extra work than most Echo Fighters, but just imagine her Final Smash — a Public Works debut party (with random animals joining every time for the smackdown celebration), or the unveiling of a new amenity à la Pocket Camp (with Reese and Cyrus instead of the Nooks). Not to mention she’s got plenty of alternate outfits to serve as costumes. If there’s any Nintendo character with enough determination and eagerness to please for a job like this, it’s definitely Isabelle.

It’s more Fire Emblem, but this one’s an easy Celica

Thanks to her recent Choose Your Legend showing from Fire Emblem Heroes and starring role in Shadows of Valentia, Celica’s been the character most on my mind to make her Smash debut from Fire Emblem. The series may already be stacked, and stacked with Echoes and alternate costumes at that, but with easily the largest cast of unique characters of any Nintendo universe it’s not too surprising. Heck, Celica herself made her comeback in Fire Emblem Echoes, so if we could make one more Lordly addition I’d want it to be Milla’s chosen. 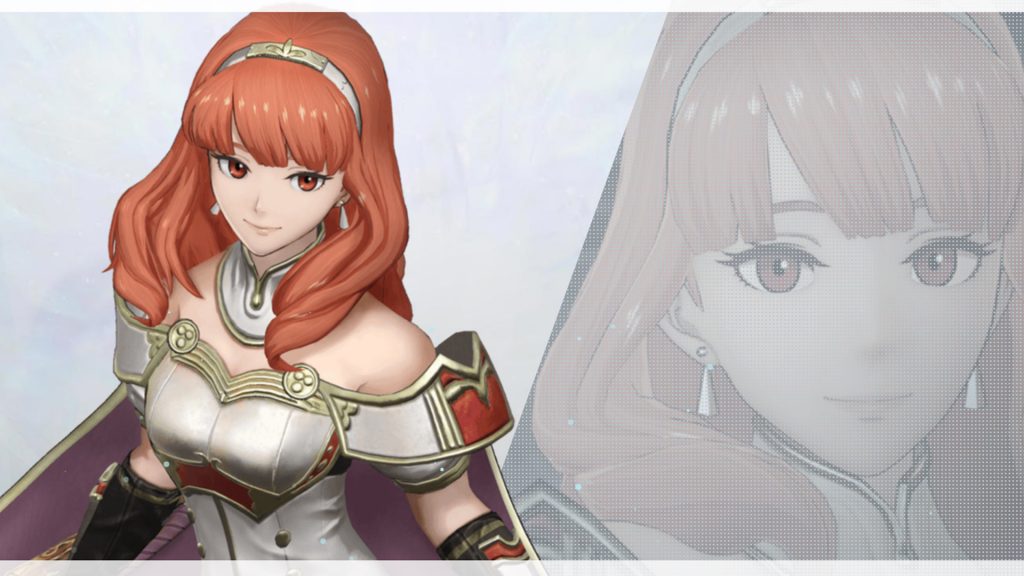 She’d fit in as a Robin Echo best of all, being a magic knight in her own right. Trade the Levin Sword for Beloved Zofia, and change up her spell selection to better suit her origin. Her swordplay could be more “balanced,” losing the swap to Bronze Sword but having more consistent damage and power. As a change-up though, she wouldn’t rely on tome durability, but would instead take damage à la both Pichu and the way magic works in her home game.

Her established spell set even lends itself well to Robin’s existing template: Seraphim could make for a light-themed Thunder replacement, Excalibur could be a tweaked Elwind, and in place of Nosferatu she could heal her spell damage via Recover. Her side special could easily be Ragnarok, her signature tome and one of the most powerful, but it could also serve well as her Final Smash. That could easily be her Pairing Up with Alm, her fellow Gaiden protagonist. All of this fits so well; I wouldn’t be surprised if she made the cut with really the only thing holding her back being just how Emblem-packed this game already is.

Sure, you can count on Ken as a new challenger

Now that Richter’s in and third party Echoes are a possibility, the one lingering doubt for this Street Fighter’s inclusion faded away like a Hadoken in the wind. Before Echo Fighters, before clones and semi-clones, there was Ken. Initially identical to Ryu (justified by having them be fellow students of the same martial art), Ken would gradually grow apart from his rival and let his personality shine through his gameplay and animations in the face of Ryu’s disciplined stoicism.

For Smash Ultimate, Ken would be a fairly straightforward Echo Fighter, with a few subtle differences in gameplay, but with plenty of changes in character to reflect his more vibrant self. A flashy fighter through and through, he’d have the Shoryuken powered up with flame effects when the original Street Fighter motion is performed, much like how Ryu’s Hadoken gets an upgrade. This could boost Ken’s recovery, but leave him more vulnerable if the attack isn’t timed and spaced properly. As a tradeoff though, his projectile would suffer a bit in the speed, power, and range department.

I’m torn on if Ken should get two Final Smashes the way Ryu does, but I know for sure he should have the powered up Shinryuken. This flaming vortex of an uppercut would be the perfect way to finish someone off in pure Ken Masters style. With that in mind, I feel Ken would (like Ryu) take most after his Street Fighter II appearance most of all to make for another classic character on the roster.

That’s another trio down, and another chance for you to tell us what you think. Like what we’ve got so far? Want to call us out on these picks? Go for it below or on Twitter! And if you’ve got some Echo Fighters you want to see that we haven’t covered, who knows, we might just feature them when we bounce back next.