E3 impressions: Super Smash Bros. Ultimate is reminding me why I love Nintendo

During my time at E3 this year, no game stole my heart quite like Super Smash Bros. Ultimate. I could tell you all about what’s new and what feels different, but for that you can check out our earlier show floor impressions piece. Instead, I’m here to tell you all about what Smash Ultimate is doing right from a fan perspective: the little touches, the references, the refinements that make these characters not just fitting representations of themselves, but collectively the biggest love letter to video games imaginable.

Some of these bits were clear and evident from the presentation itself. It can’t be more apparent what an undertaking it must’ve been to bring back every fighter that’s ever graced the Smash roster. That dedication shines through in adapting these lost characters from Melee and Brawl both to HD and the game’s updated slew of mechanics and touchups.

Some get their old duds back, like Ike sporting his Fire Emblem: Path of Radiance outfit once more (while still keeping that Radiant Dawn look as an alternate choice). Others are simply given back their places in the game. More than the rest, Snake and Ice Climbers coming back just feels right. They were left behind for more unavoidable reasons rather than getting replaced at some point, like the relationship between Young and Toon Link, or dropped seemingly “just because” like Wolf was. 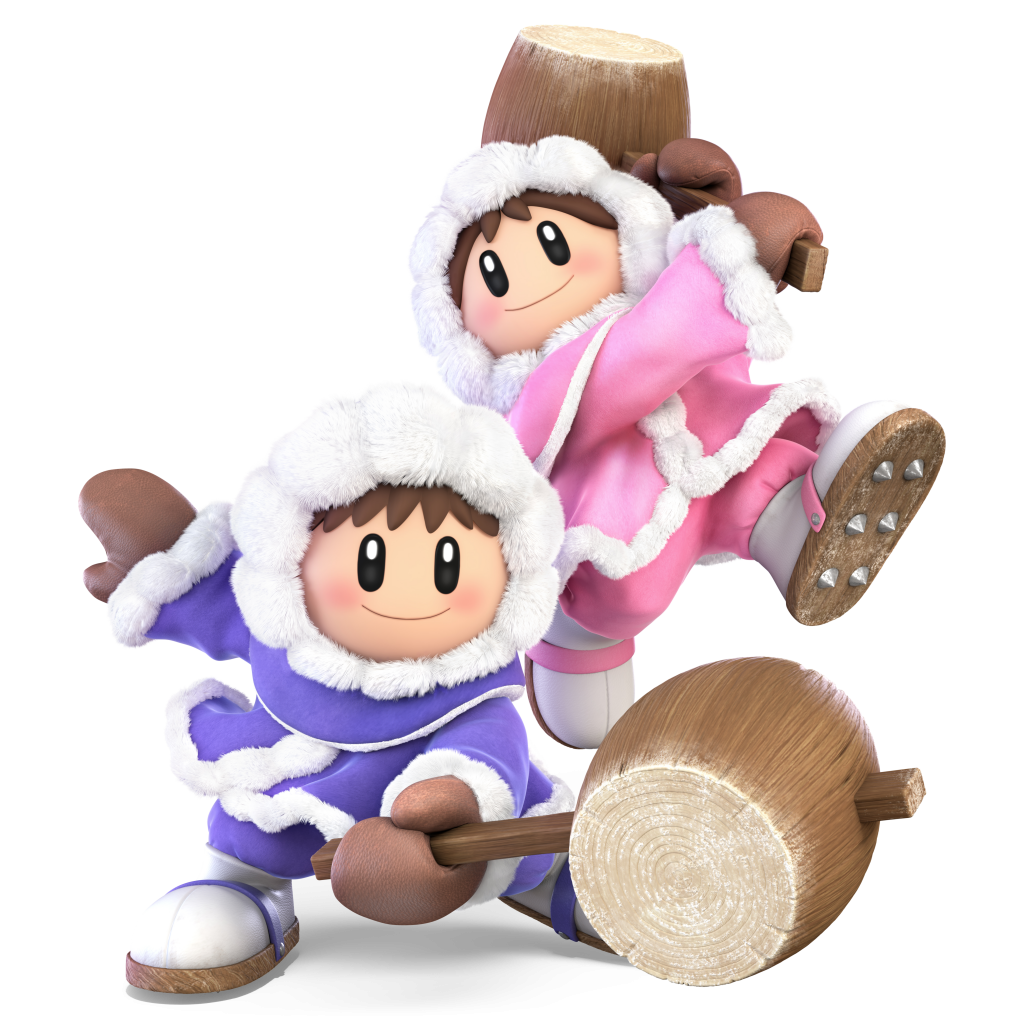 Of all the returning fighters though, none feel more improved than the collective that is Pokémon Trainer. After being sidelined for Charizard’s solo outing, Squirtle and Ivysaur are back at it with their Trainer in tow in both male and female varieties. Gone is the obtuse stamina mechanic that hung over them in Brawl, and instead we have a combo character that caters to multiple styles. It’s a shining example of a developer seeing what was wrong with a mechanic, even if it was “faithful,” and removing it was done to enhance the experience for players. It opens the door to plenty of new combos, and captures the spirit of Pokémon battling: switching at the right time to handle new challenges and support your team.

It isn’t just the returning fighters that are touched up though, as several little additions and mechanics that don’t even impact gameplay have made their way in to turn this into more of a total crossover celebration. Ness and Lucas both bring in their party members to help out with their Final Smashes, Mario’s got Cappy along for another world tour, and new fighter Inkling might be one of the best fits for a Smash game imaginable with how they’ve brought them over. 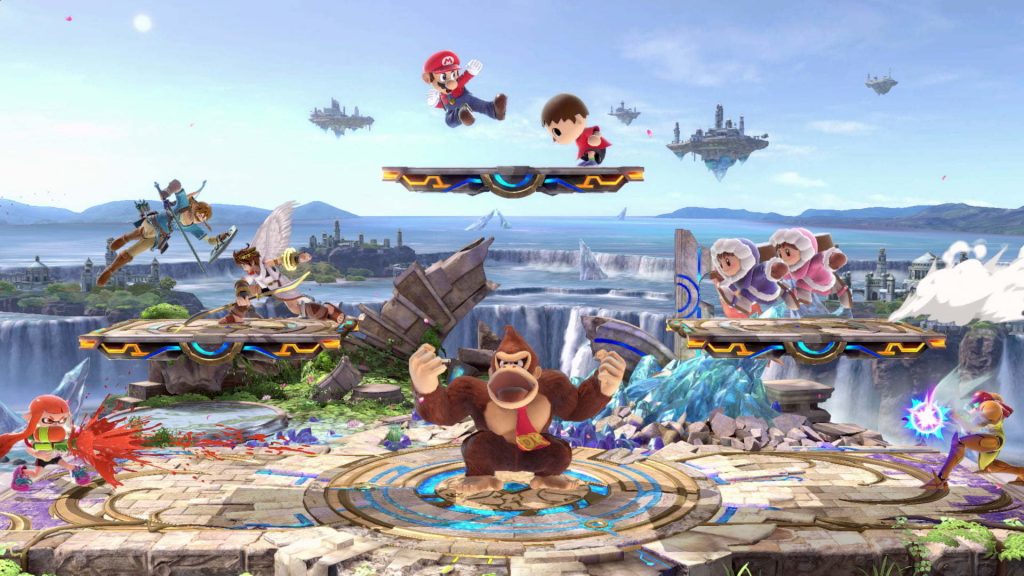 This same dedication filters over into Assist Trophies and Poké Balls. In my very first match with the game, I got to summon Sonic the Hedgehog’s Knuckles, a character young me thought was the coolest. With how these buddy battlers now can be “defeated” for points it also lets some of them be pseudo-fighters in their own right, like the long-forgotten Sukapon from Joy Mech Fighter. Gen VII Pokémon are also invading the game — but when you’re as cute as Alolan Raichu or Vulpix, can you really be blamed?

As happy as I was to see the reveal, learn what was new, and play with my friends during E3, the moment that absolutely sealed the deal and reminded me why Smash Bros. has to exist came at a match’s end. Having won as Kirby, the star of my favorite Nintendo series, I was expecting to see one of his three known and familiar victory screens. Instead, I got the treat of watching him split into three and doing the Kirby dance right, just like he does in his home games. It’s these small, but notable shoutouts that bring out the fan in me and put the biggest smile on my face. For some, that could come from Daisy being a newly christened Echo Fighter, or Ganondorf returning to his Ocarina of Time look, or it might be Fox finally piloting an Arwing instead of a Landmaster. For me? Kirby dance, all the way. 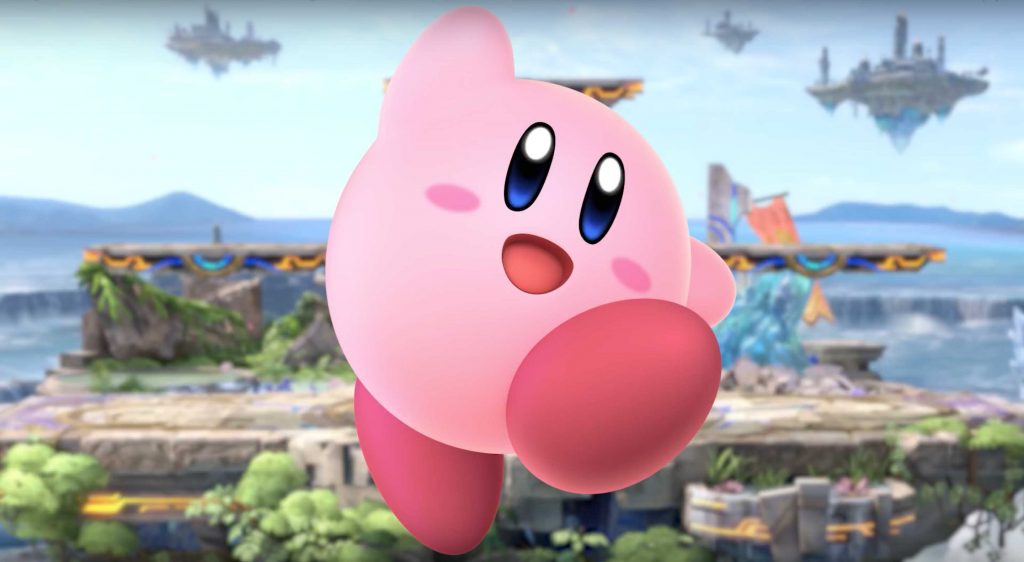 All of this together is reminding me why I love the buildup to a Smash Bros. game almost as much as the release and playing it. As fun as the gameplay is, it’s this wide-reaching and seemingly endless love for Nintendo as a whole that carries the series. Never knowing who or what will be be added next turns every day into a potential reveal, felt most strongly during Brawl’s campaign. That seems to be in full effect again, though the reveals might come a little slower. When introducing the long-requested addition of Ridley, Director and Creator Masahiro Sakurai did state that fans shouldn’t be expecting too many brand new fighters, but with all that is going into the game it’s hard to be upset by that. With the focus on returning content rather than “new,” it’ll still be a treat seeing it all come together into the Ultimate game for any Nintendo fan.