Last week, we talked about the enigmatic Master Hand, and this time… He who’s been requested from the very beginning from friend and coworker alike. The WAHn, the only – Waaaaaaaaaaaaaaaaaaaaaluigi numbah one!

Undoubtedly one of the most disproportionately popular Nintendo characters of all time, Waluigi’s fandom has grown exponentially over the years – from humble beginnings as Wario’s Doubles tennis partner to the top selling amiibo on Amazon. The people love Waluigi, so much that a single WAH from his gangly frame is enough to send the internet aflutter. And it’s easy to see why – like every character we’ve studied so far in the Character Column, Waluigi has a surprising amount of intricacies and depth behind him… right? 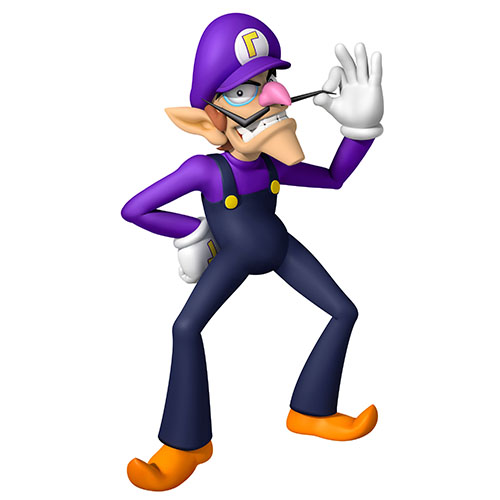 The man with no game

Well, let’s see. Waluigi’s first appearance was in Mario Tennis in 2000, and since then he’s… not really done much. He’s a regular in Mario spinoffs like Mario Kart and Mario Party, his colors are sometimes referenced in other works, he’s an assist trophy in Smash Bros. But as far as mainline Mario games or important roles go, there’s really nothing. When your biggest claim to fame is being the starter villain of Dance Dance Revolution: Mario Mix, you know you’re small potatoes.

And try as he might, Waluigi’s character in the games he’s in is derivative. His two sources of inspiration are Luigi and Wario – which themselves are ripoffs of Mario himself. He’s a knockoff of two knockoffs. His character boils down to “sneaky and bad, but antagonistic towards Luigi instead of Mario.” Which isn’t to say that he’s completely without his own quirks – he tends to rely upon deception and technique more than Wario’s raw power – but still, 90% of his antics are due to him tagging along with Wario in whatever scheme he’s up to. 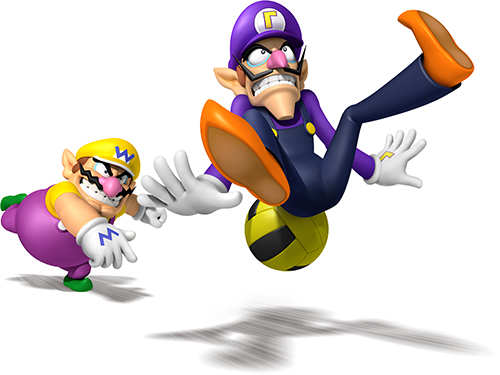 And while Wario and particularly Luigi get some flack for their similarities to Mr. Nintendo, they at least have had their times in the spotlight. Wario first hijacked Mario’s castle, and then his entire series of games with Super Mario Land 3: Wario Land, allowing Wario to star as his greedy, pudgy, yet powerful self. Luigi has been in just about every mainline Mario game (sans 64 and Sunshine) and has headlined two ghostbusting adventures of his own. Waluigi, er, had a decently sized role in Mario Party 3. Yeah.

So, with such a minimalistic character and no real appearances, Waluigi is perhaps the most consistently popular and universally loved Mario character out there. Why is that?

NoWAHn knows what it’s like to be the bad man

There’s an interesting, commonly accepted interpretation of Waluigi character among fans that is somewhat supported by the games’ canon – namely, that he’s kind of just a sad, depressed fellow, and not necessarily evil. While not explicitly stated outright, there are elements that back up this interpretation. 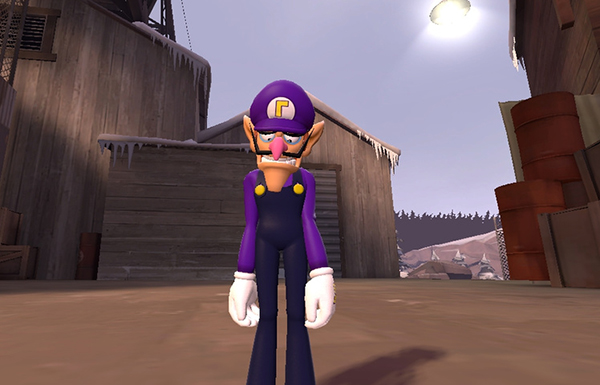 First of all, Waluigi sucks at being evil, plain and simple. His most villainous plan was to hypnotize the world with his dance moves. That’s almost adorably incompetent. Compared to the villains he goes up against: Bowser (frequent kidnapper and would-be destroyer of the universe) and Wario (robbery; unkempt avarice), Waluigi isn’t doing much. Sure, he’s selfish, petty and a bit narcissistic, but he’s never really committed malicious deeds. The sickest things he’s ever done are his dance moves.

Secondly, there are times – rare, but present – when Waluigi has provided a boon rather than an insult. In Mario Golf: World Tour, he’s seen offering tips and tricks to players, and even complimenting them once in a while. While these things are normally simply common courtesy, it’s notable because Waluigi is seemingly always antagonistic towards everyone else (with maybe the exception of Wario) due to his vain nature. It appears, much like his yellow counterpart, Waluigi does have soft spots somewhere. 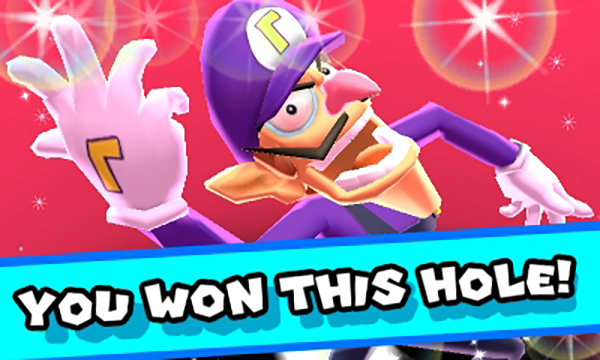 But the point that elicits the most sympathy is rather simple – nothing ever goes his way. As much as Luigi is mocked and laughed upon by his brother and the public at large, Waluigi gets even less respect. None of his schemes ever work, he never seems to win at anything he tries, and he never even has his own time in the spotlight. And for someone who’s mostly harmless, it’s hard not to feel for him a little bit. Waluigi’s a bit like that Saturday morning cartoon villain who never wins, but never has the capacity to give up either – a sad, lamentable man who can’t seem to realize that his failure will be perpetual.

From sadness to stardom

So why does the internet love Waluigi so much, besides his more sympathetic quality? Well, there are a number of reasons. For one, the man’s just funny. Looking at the way he gyrates and cackles (helped immensely by Charles Martinet’s impeccable voice acting) is beyond amusing, as are his wonky animations (the most infamous of which is, of course, the chop). The inherently funny nature of his actions is very endearing, helped a lot by his unique and cartoonish design.

Another factor is the ironic nature of his existence. As mentioned earlier, Waluigi is a fusion of two separate ripoffs, and as a result bears the same sort of cheesy charm that knockoff game products or fake Gucci watches might have. He has the same appeal of Robocop movies or Trigger anime – so ridiculous and dumb that you can’t help but love it. Hearing Waluigi espouse “Waluigi Numbah One!” at every opportunity is pretty laughable, because he’s really far from the premier force in the Mario universe… yet somewhere deep down, the player wishes it were true, simply because Waluigi is so entertaining.

But I think there’s more to Waluigi than that, something that speaks to us as human beings. It’s because we relate to Waluigi more than his counterparts, I think. The vast majority of people are never going to play the hero or even the sidekick in the grand scheme of things – we’re the background characters, constantly struggling against the grain of the world, trying to succeed at all odds. And that is just another layer to Waluigi’s admirability – he fights, on and on, to make his dreams reality, and though he may fail, he never flounders. If any Mario character were to represent the human condition, it may very well be the man in purple.

… Well that went in a different direction than I anticipated. Expecting some lighthearted banter about eggplant-colored dorkiness? TOO BAD, WALUIGI TIME!

Thanks for reading this week’s edition of the Character Column! Tune in next time, when we discuss the most malicious dog in gaming. Until then – WAH!