Spelunky wasn’t the first procedurally generated game by any stretch, but it would end up one of the first titles I dove into of that nature. It blended with its roguelike elements to bring about a game that could seemingly be played forever – you may eventually say layouts or patterns repeat but with its multitude of pieces and the constant variable of human error your experience might never be the same.

Now not only has the (HD touch up of) the original finally come to Switch, but it’s brought along a full sequel. Spelunky 2 may’ve taken a while to come to the eShop, but the wait was absolutely worth it. This isn’t just another gem of an indie, this is an absolute must play.

Adventure is out there

Spelunky 2 sees Ana, daughter of the first game’s main character, traveling to the moon in order to locate her missing parents. There she finds herself in similar circumstances, namely within an always changing series of underground chambers where death doesn’t work quite the way it should. You will die hundreds, maybe thousands of times on your journey but you’ll be back on your own two feet before you know it – just thrown back to your starting basecamp, with a fresh layout ready for you to explore. 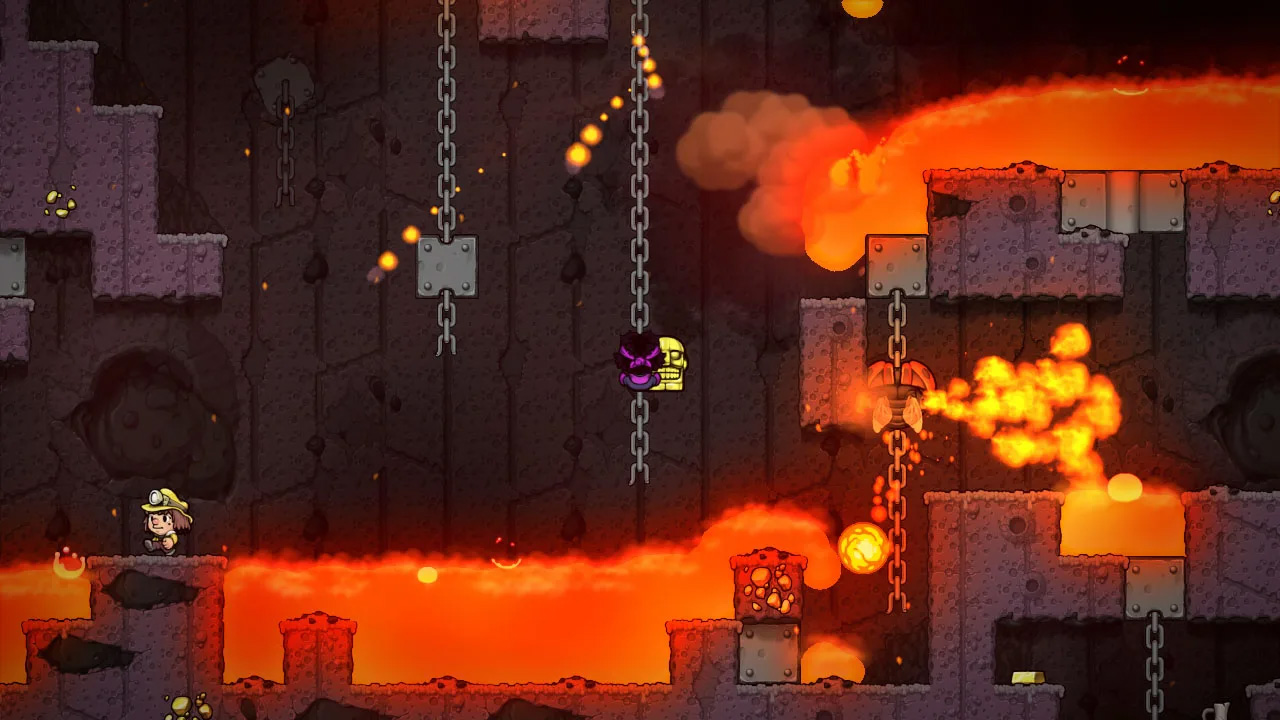 As a rogue-like, perhaps Spelunky’s greatest strength is just how many possibilities it carries. Yes, that infinite nature is to be expected with the territory. But with how many enemies, traps, items, chamber types, and other variables; blended with all the possible interactions they carry within what is on the surface a “simple” platformer, it’s staggering how much potential this indie carries.

2 shares that quality with its predecessor, along with the adventurer-archaeologist aesthetic and disarmingly adorable artstyle. Do not let how cute much of this game can be deceive you, as Spelunky thrives on daring you to get confident. The natural movement pace is quite quick, luring you to throw caution to the wind. Then before you know it you’ve passed by a skull that was actually an animate skeleton, making you trip and knock a golden idol out of place, triggering a massive log trap. That scenario can theoretically happen as early as your first non-tutorial stage, and in time you’ll learn to always err on the side of caution for those and future fatalities. 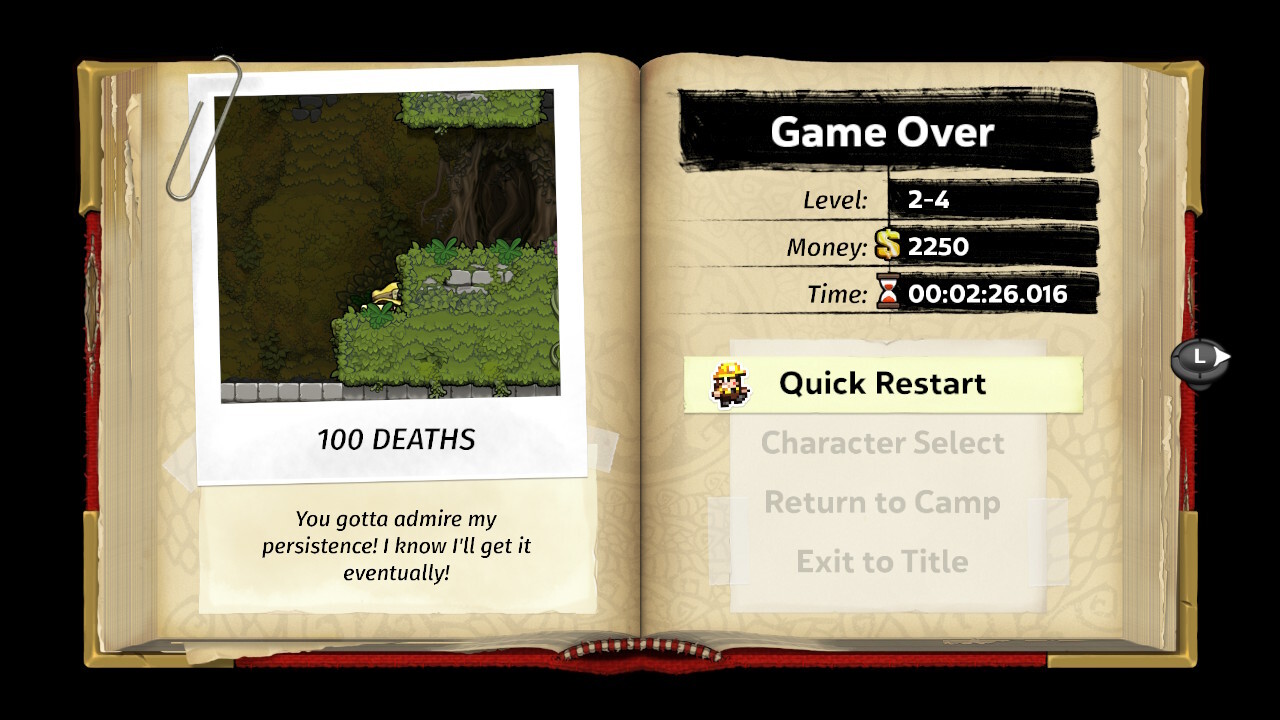 While it can be frustrating to be murdered outright again and again, especially by the unseen and unexpected, it’s a testament to Spelunky’s inherent appeal that I never stopped going. If you dial back to the “first” game (an HD remake of the freeware original), it may be my most played game on Vita, and everything I’ve said so far applies just as much to it as it does this newer title. Now having both games available on Switch, I’m ready to take all this dying on the go all over again.

If you’re wondering what sets 2 apart from its predecessor, if I’m being honest it’s not a whole lot – at least not in terms of big, sweeping changes. Pretty much everything that existed in the first game is here as well, though not without tweaks. Some items have been adjusted, and many enemies and environments have either returned outright or have received analogues. There are of course new items and weapons, obstacles, and enemies but all of those could theoretically fit within the first game just as well.

Branching paths are new to 2, though. After the mandatory first stage, you’ll find yourself with two different potential doorways to proceed through. That gives the sequel two possible second levels, each with their own appropriate obstacles and vibes. Similar branches occur at other points, with the new areas being highlights for a returning player. 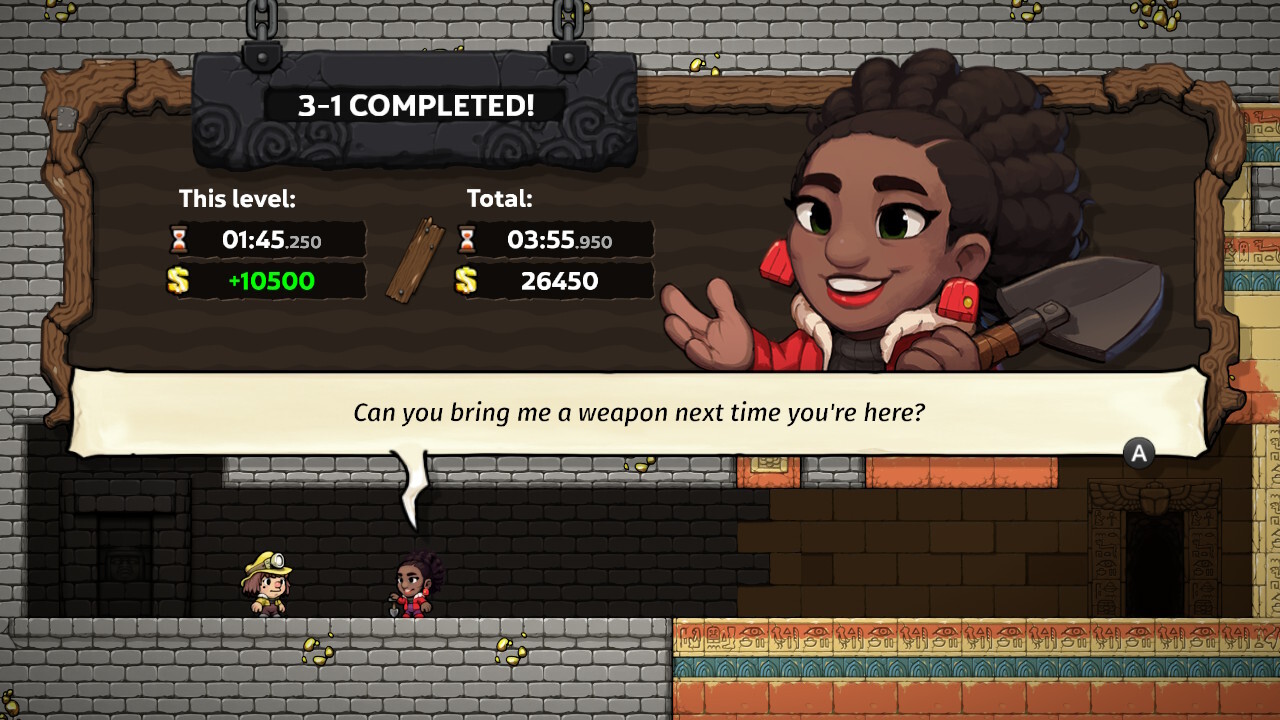 What sets Spelunky 2 apart are the sum of those parts and many more. I’d dare to say that the first nailed its formula, leaving little room for improvement or alteration. Yet here we are with a follow-up that meets and exceeds that previous excellence. Spelunky 2 is a must play on the eShop, both for all its own strengths and how perfect its mini-adventure nature fits on handheld platforms. It will likely test your patience if you can’t handle what could sometimes be called “cheap” deaths (but are often just a side effect of carelessness) and is full of secrets that require a whole lot of dedication and luck to pursue without a guide of some kind, but it is still an exemplary entry in its genre.

I did, however, run into some performance issues with the Switch version. The game crashed on me within menus a couple of times, and if a stage had a high number of ongoing effects (usually fire) there would be noticeable slowdown. The former thankfully never interrupted a run, but those performance dips definitely got in the way. The combination of present enemies and happenings that produced it are never a guarantee and haven’t dampened my overall thoughts of the game, but I’m hopeful they can be addressed in future patches. 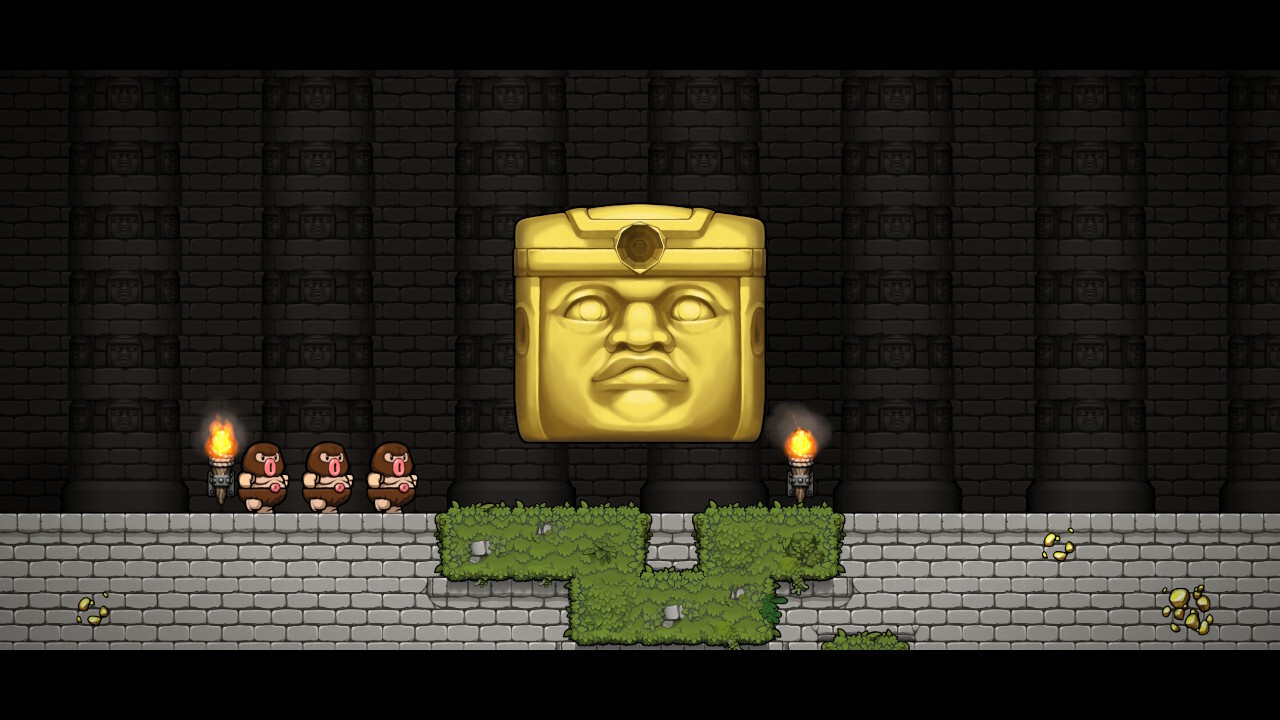 If you’re a speedrunner or can’t abide by those launch imperfections, I’d still highly recommend checking out the game on PC (or another console, but PC especially). For now the Switch remains my platform of choice for the easier handheld mode, which I have to stress (again) is my ideal way to play Spelunky. Outside of those instances the game ran well, though I also didn’t get an opportunity to test multiplayer during this early review period. 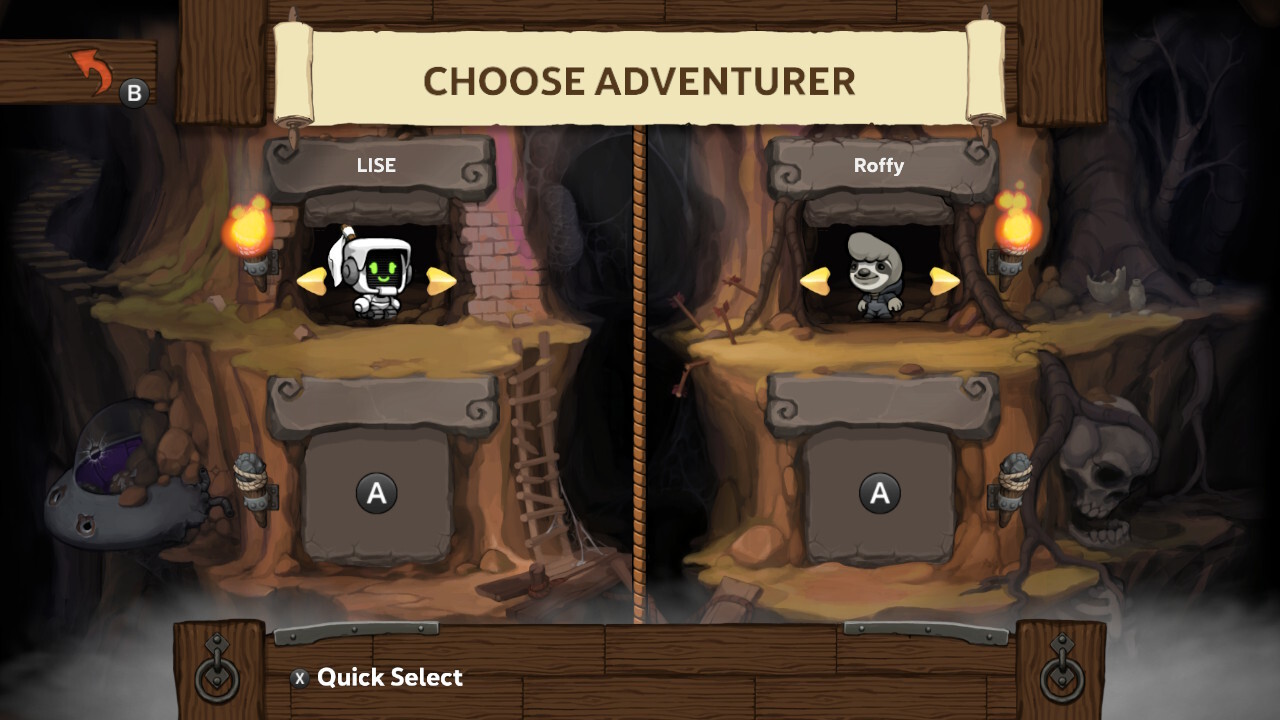 Spelunky 2 may not make the kinds of waves that its predecessor did, likely as a consequence of the growth of indies and roguelikes in general. Don’t let that trick you into thinking it’s any less addictive and enjoyable. If you ever think you’ll just play for a bit you’re sure to lose yourself in these lunar caverns, driven by the seemingly infinite possibilities and risk of death. Even if you may never see everything it has to offer, you’ll never feel like you’re missing out with this nearly perfect sequel. 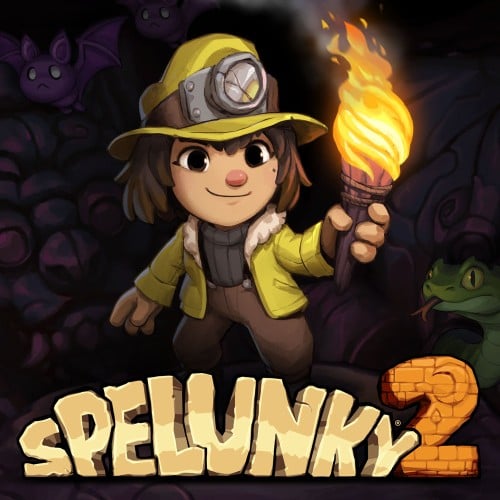