Easily one of the most satisfying and fun experiences you could have on Switch and any system was Sonic Mania. The return to roots for Sega’s Blue Blur wasn’t just a celebration of everything Sonic was in his prime; it also represented a joining of experienced fans and developers to create a dream project.

Already a clear and universal success, the reveal of an enhanced and touched up version brings us back to the present. After running, gliding, and dropping through its remixed zones I can say that Sonic Mania Plus stands as a perfect way to revisit a game that was great enough to drive me to play through multiple times. With the same dedication and attentive excellence that made the original what it was, it’s now time to bring in some old costars and kick off this encore.

Joining Sonic, Tails, and Knuckles this time are Mighty the Armadillo and Ray the Flying Squirrel. Old friends from the early ’90s, these two fit in well with the existing group and each bring a new style to the game. Mighty ends up a great character for anyone who has trouble with traps and enemies in the stage, with a protective shell that’ll absorb a hit if he’s curled up. It definitely comes in handy during trickier segments, and lets him drop down quickly to attack below at the cost of momentum. 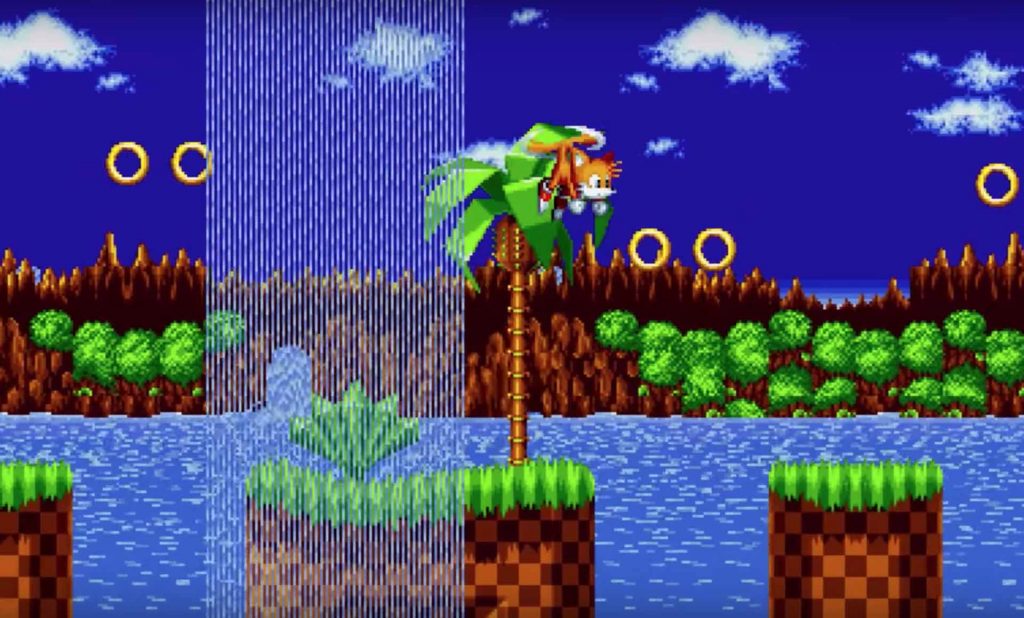 Ray, on the other hand, ended up the more fun but tricky option to play as. He brings a unique form of aerial mobility that functions like the cape from Super Mario World, requiring that he dips and rises in turn to build speed. When he gets going it might be the quickest way through certain stages, but he also leaves you vulnerable and he can be tricky to fully control.

Both of them can be played in the existing game style, now christened Mania Mode. Their usefulness changes with each stage, and they offer just enough change to drive me to play through with both while gathering up the Chaos Emeralds all over again. They’re crafted with the same level of detail and loyalty the rest of the cast have, making them look great in motion with plenty of personality that’s gained in such a minimal way.

Their new abilities really come to a head in the other main addition to Sonic Mania Plus: Encore Mode. Offering a few all new stages to run through and recolored versions of the existing zones, the mode brings an increase in difficulty compared to Mania Mode. How it handles your lives and characters is what really sets the mode apart and lets it stand out both within Mania and the entire Sonic series. 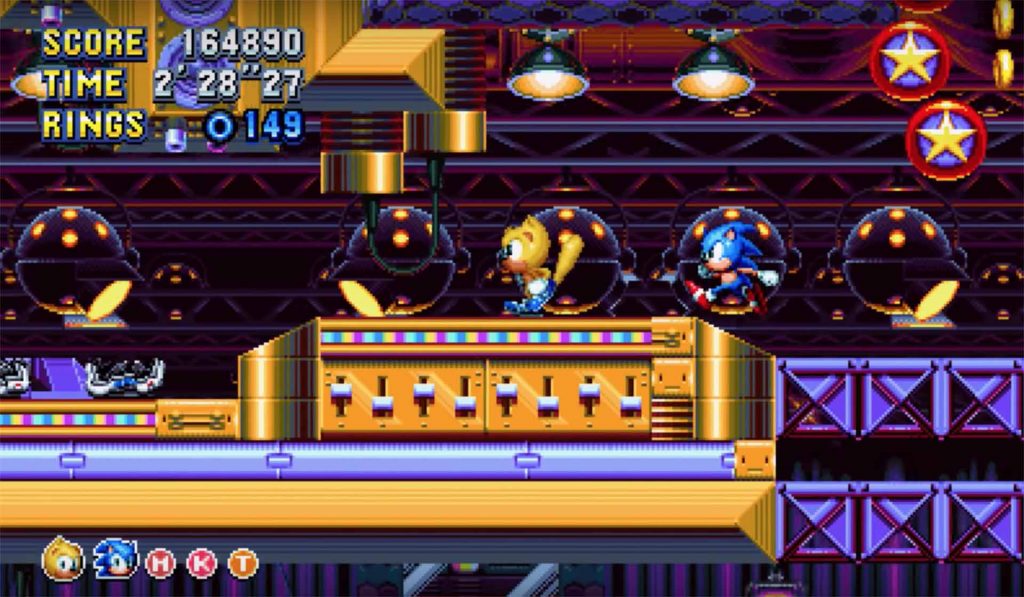 Rather than letting you play as a single character with a partner potentially following along, you can swap back and forth between the two onscreen characters with the tap of a button as long as you’re both on the ground. If you’re running around as Sonic and come to a junction where you want to head upward, you can theoretically swap to Tails to fly or Knuckles to climb along a wall, making exploration and traversal much more free and open than when you’re locked to a single character.

I found that element of the mode the most appealing, twisting the classic Sonic formula a bit while still maintaining the gameplay. Characters past the two onscreen are kept as stocks, tagging in if your current character gets knocked out. This makes item boxes more important, as some include characters themselves.

Past that you can also gather them up in the brand new Bonus Stage, which plays like a pinball table with the same visuals as the Chaos Emerald based Special Stages. Once you reach the top you play, of all things, a version of Knuckles Chaotix’s Combi Catcher to try and get more characters. It’s no Blue Sphere, but as a callback and a new mode it works well and gives more value to playing Bonus Stages in the first place. 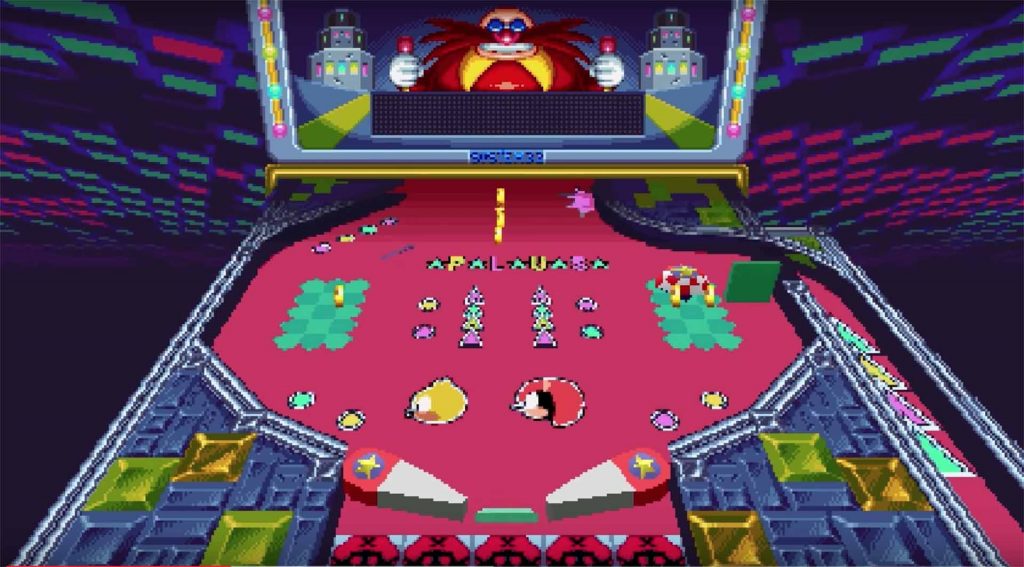 Ultimately, it’s these changes to the base systems at work that make Encore Mode worth playing. I felt the color, layout, and other changes shifted the fine-tuned balance of Mania Mode a bit too much. While it does add something more substantial to those who have played Mania over and over and over again, it isn’t as tailor-made and perfectly realized as their original versions.

It’s perhaps the only notable blemish of the entire package, because everything else that’s a part Plus is either just as spectacular or even in some cases bring improvements to the original release. That said, it won’t exactly appeal to those who weren’t already onboard with the game. With these deep dives into Sonic history, this version is somehow even more for the Mania, by the Mania.

If you couldn’t put down Sonic Mania when it first released, or never stopped at all, the Encore DLC is a must-have. Mighty and Ray add new ways to play through the existing game, standing shoulder to shoulder with their more iconic allies. With the new mode changing things up even further and the game being available for just $5, this jump to Sonic Mania Plus is more than worth its weight in gold rings. 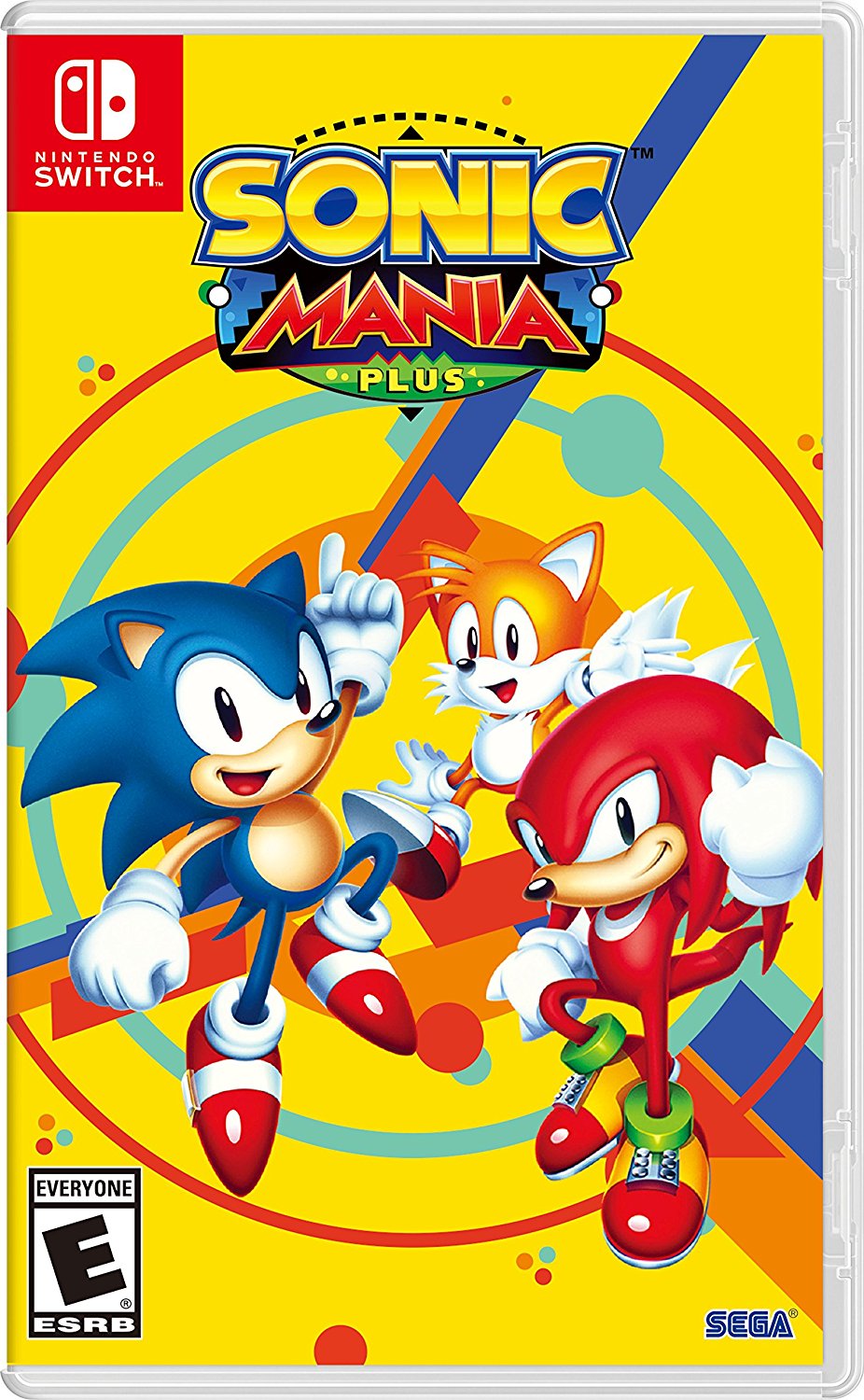