The Science-Adventure series of visual novels, developed by Mages, is one of the most critically acclaimed in the genre, and it’s not hard to see why if you’ve played its most well-regarded entry, 2009’s Steins;Gate. The series generally combines stellar character development with genuinely tense plot progression that’s handily offset by some more goofy antics from time-to-time.

Robotics;Notes hits many of those same notes expertly, though it’s let down by some frustrating gameplay elements that can detract from the narrative.

Get in the Robot

Each subseries within the Science Adventure franchise deals with a different kind of “science”. Where Steins;Gate dealt with time travel and the Chaos series focuses on the psuedoscience of psychic powers, Robotics;Notes has its eye on something slightly more grounded – giant robots. At least, that’s the focus at first.

This results in a game that’s decidedly more upbeat than its predecessors, something reflected in the extremely sunny atmosphere of the real-world setting, Tanegashima island. Even the characters appear more energetic compared to other games in the series, being rendered in full 3D and given plenty of animations. 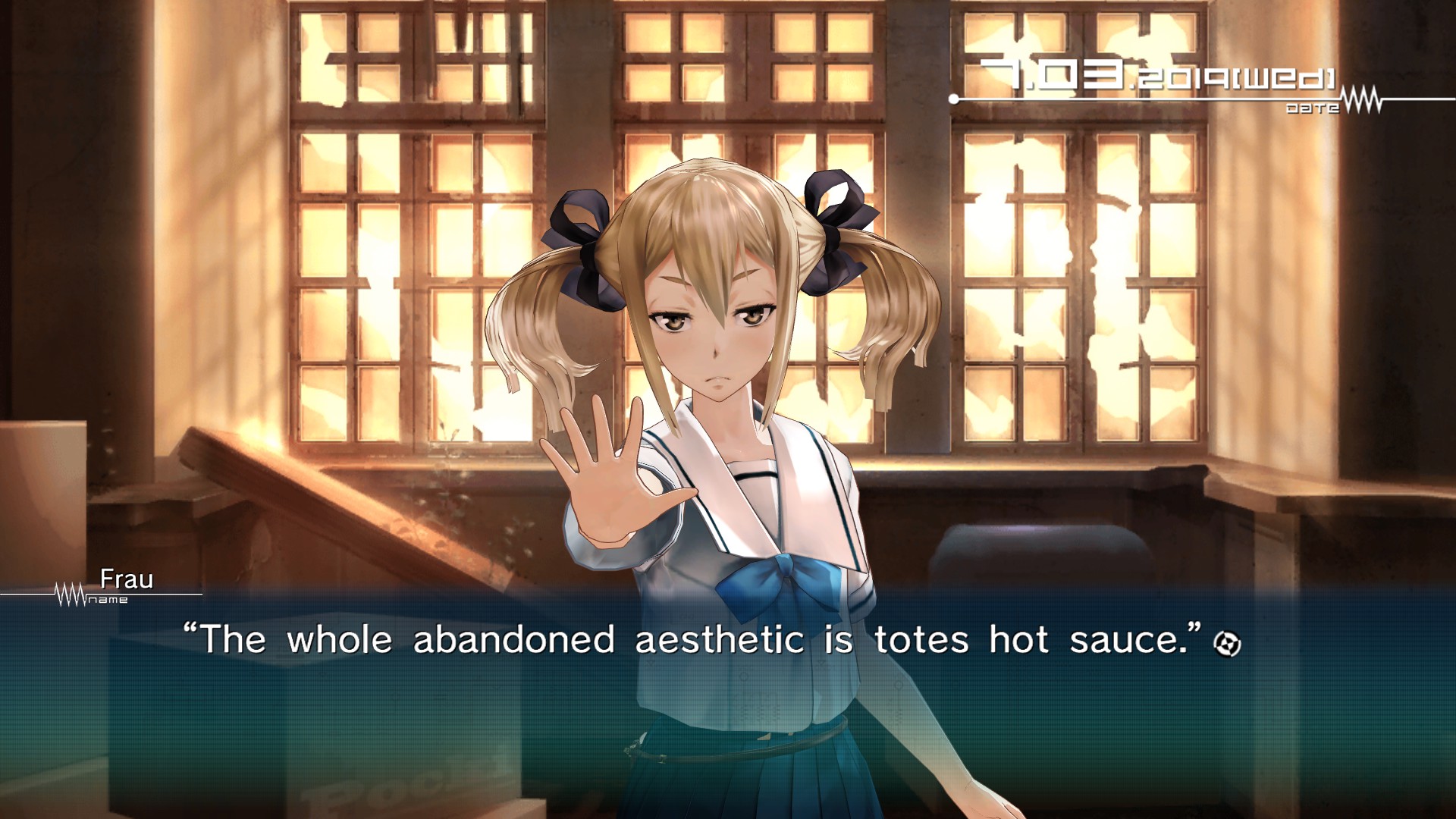 These characters are where Robotics;Notes shines greatest, with each member of the giant robot-building Robot Club having notable flaws that they must overcome. They’re all entering the end of their high school days and unsure of where to go from there; for example, the meek Junna decides to give up on her dreams of karate early on and spends much of the game questioning her place in the Robot Club, while the slightly pompous Subaru faces a conflict between familial obligations and his aspiration to build hobby robots and take part in competitions.

Then there are the main characters, Kaito and Akiho, two teenagers with very different personalities who are tied together by a shared medical condition. Where Kaito simply wants to excel at fighting games (which the localization nails the terminology from) and can seem very callous at times, Akiho is the driving force behind the plan to build a giant robot and her anime-fueled optimism is as much a hinderance as it is a benefit. While it can be hard to initially like Kaito, whose perspective you spend the most time with, you can eventually warm up to him as it becomes quickly apparent that his nihilism is a smokescreen and he cares about his friends more than he lets on. 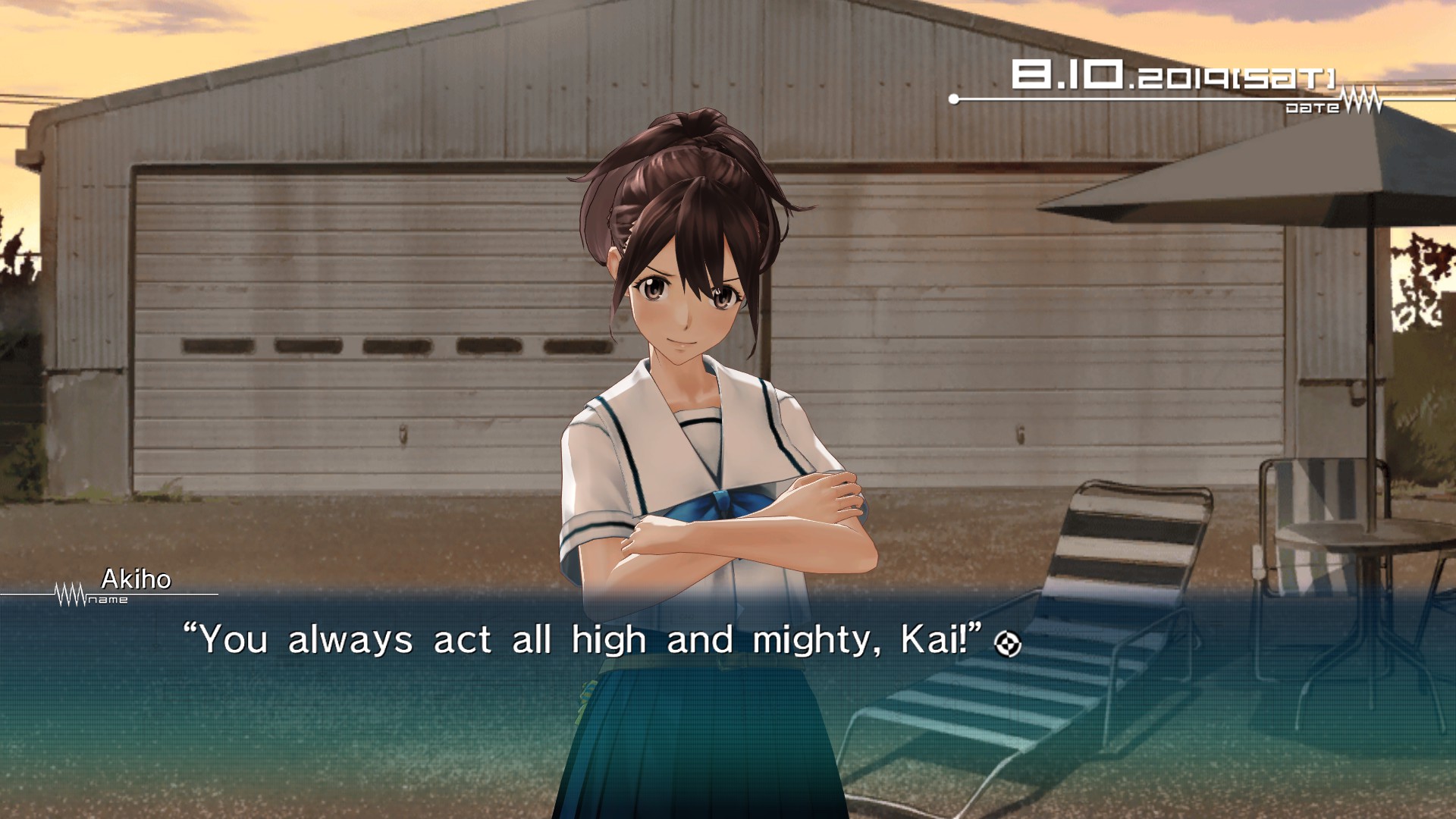 Very few characters feel one-note, which brings us to the perverted wunderkind Frau Kojiro. The developer of Kaito’s favorite fighting game Kill-Ballad bursts onto the scene speaking internet lingo that the rest of the cast can’t understand, referencing yaoi and generally being a creeper. While at first she may come across as the game’s equivalent to Daru, Steins;Gate’s perverted hacker extraordinaire, you come to learn Frau has more depth than that, and she directly ties into the darker secondary plot of the game.

While much of the story of Robotics;Notes is focused on the gang’s efforts to build a giant robot, it’s interwoven with a mounting sinister conspiracy. Throughout the game you can check in on the copyright-free “Twipo” app on your “PhoneDroid” to get hints of what is happening outside the sunny isle of Tanegashima. Solar activity increases across the globe, riots spread throughout the US, and anime fans speculate about the lost final episode of the smash-hit series Gunvarrel. Needless to say, it all comes together through some brilliantly tense scenes backed up by a soundtrack that makes it all the more powerful. 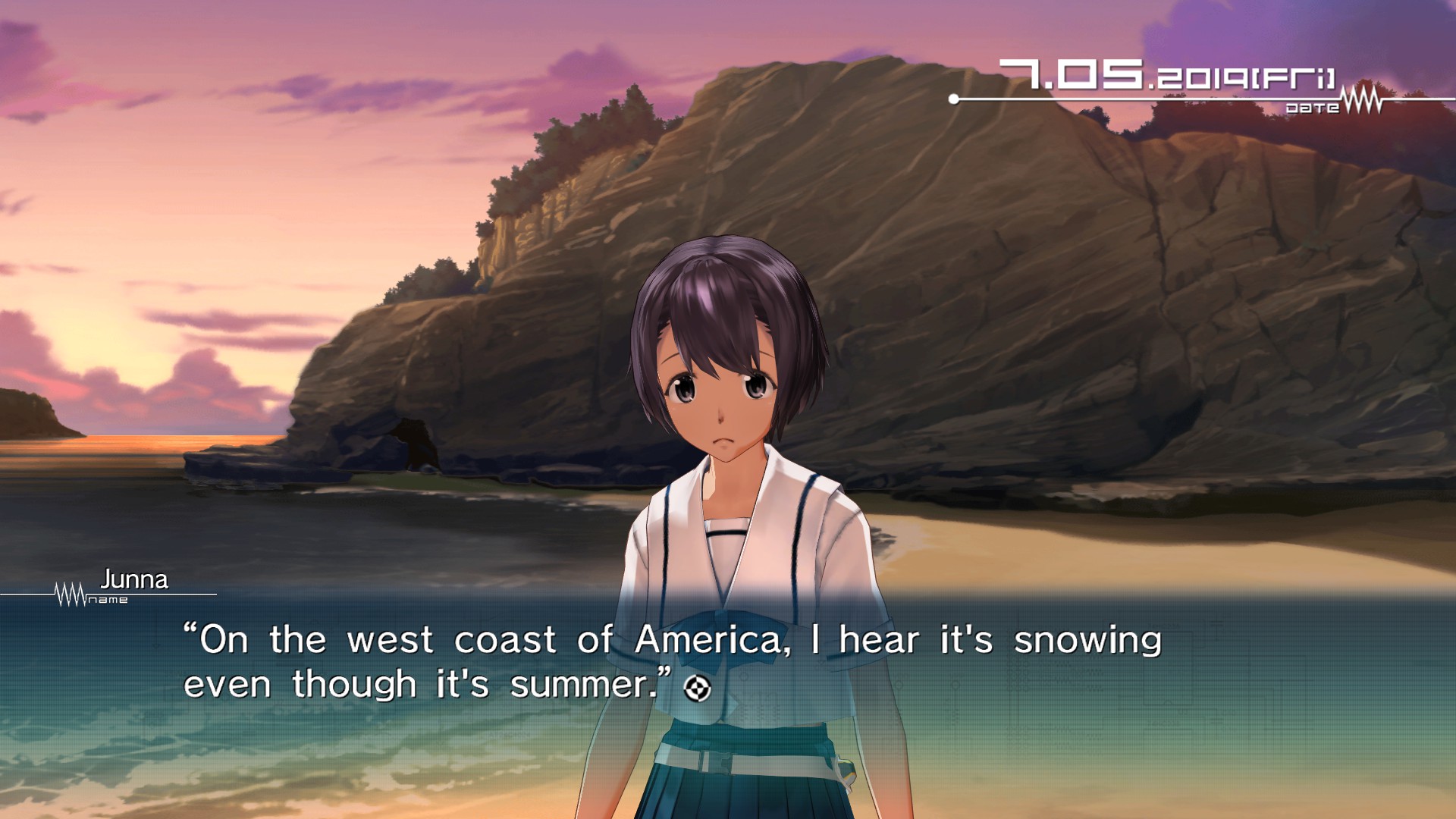 Twipo isn’t the only app on your PhoneDroid, either, as you can also access the augmented reality app .IRUO. The main purpose of this is to scan your environment, getting some fun tidbits of information on the characters and setting, though later on in the game you’re tasked with exploring the island to find Report Files hidden away with AR markers to uncover more of the conspiracy. These sections of the game can prove challenging, as the markers are transparent and only give a slight distortion to the surrounding area, but it’s a decent enough way to break up the narrative with some interactivity. The same can be said for the very brief Kill-Ballad minigames that task you with quickly inputting some button presses to simulate fighting game matches.

Of course those aren’t the only ways you interact with the game’s world, and that brings us onto perhaps the biggest blemish on Robotics;Notes – how its branching paths and endings work.

Throughout the game you receive Twipo messages from the different Robot Club members, and you’re essentially given four options – pick one of the three responses, or don’t respond at all. These trigger hidden flags to unlock alternate routes through the game, but there is no indication of whether you made the right choice until you reach the divergence point. The only message you get if you fail is “Look at Twipo”, which isn’t all that helpful. 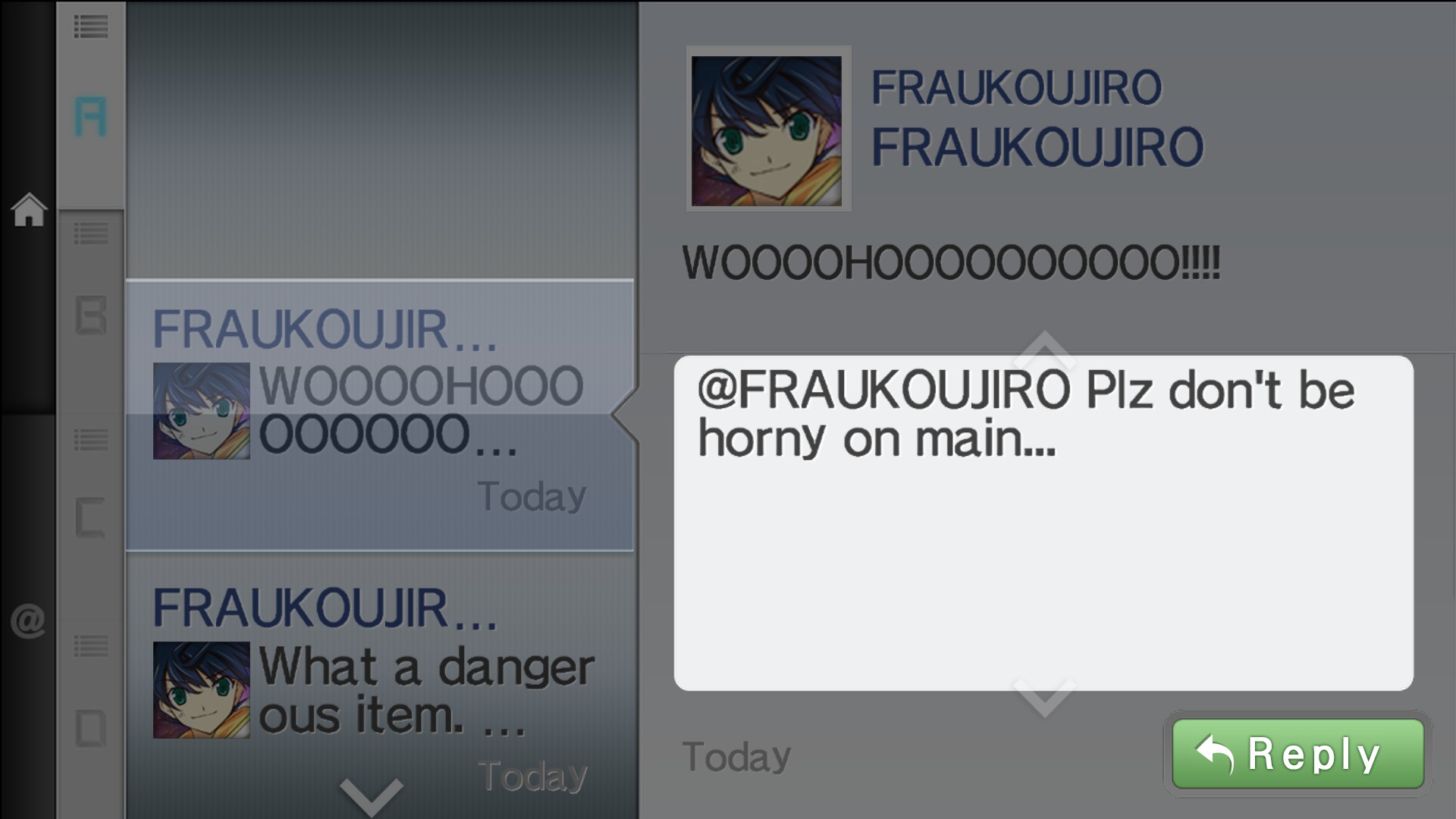 This means that, without a guide, you’ll be skipping through significant portions of the game multiple times, hoping you made the right choices each time. This is made even worse by the game’s skip function not automatically stopping at the points where you can open your PhoneDroid to respond to messages – you have to essentially memorize those points or otherwise start over from the beginning of the day.

Steins;Gate players will remember a similar method being used to unlock that game’s True Ending, but in Robotics;Notes case it’s how you unlock every ending besides the first. What makes it even more egregious is that, as time travel isn’t involved and thus “branching paths” aren’t really a thing, these endings aren’t even endings – they’re simply a continuation of the same story, bringing the narrative to a grinding halt for no real reason.

Needless to say this method of unlocking endings feels unnecessary and is perhaps the only major flaw to be found in the game, though admittedly one that will be easily overcome by the inevitable English language guides. Still, in lieu of a helping hand you will likely have a frustrating time seeing Robotics;Notes through.

It’s also worth noting that while it’s very much possible to enjoy the game without having played the earlier entries, it’s worth checking out Steins;Gate first, as Robotics;Notes features a returning character from that game, and the sequel DaSH adds even more familiar faces.

Rough gameplay choices aside, Robotics;Notes Elite stands as a solid story that easily matches up to its predecessors, with its colorful cast of characters being an even bigger draw. If you’re in the mood for an island vacation filled with giant robots and worldwide conspiracies, it’s definitely worth taking the trip. 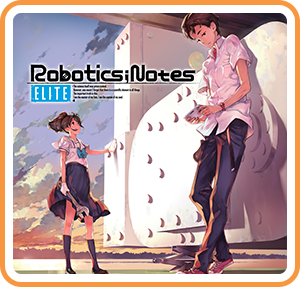