When it first released I sunk over 80 hours into Pokémon Sword, and felt Gen VIII was a solid step forward for the series. Sword and Shield have since seen plenty of success and regular Wild Area News, but I’ve definitely drifted away with my Pokédex left unfinished and plenty of stones still to turn in Galar. Here we are about half a year later with something unprecedented — a two part Expansion Pass seemingly taking the place of a sequel or third version, bringing back hundreds of Pokémon (and a few new ones) along with features and stories to draw players back in.

I’ll make a ‘mon out of you

The Isle of Armor operates as a sectioned-off plot and area, accessible at nearly any point in your journey towards becoming Champion of the Galar League. Once you’ve set foot in the new area, you’ll be drawn into a Dojo, gain a rival, and take on the responsibility of raising and training the new Legendary Pokémon Kubfu. The “story” can be wrapped up in a single day, but it does a good job of capturing the theme of working together with Pokémon. Kubfu gets to be a “second partner” for you in a way, having specific steps needed to get it to warm up to you and eventually evolve into Urshifu. These have been themes in the anime and movies, and in the Let’s Go! games, and I feel they were well done here. 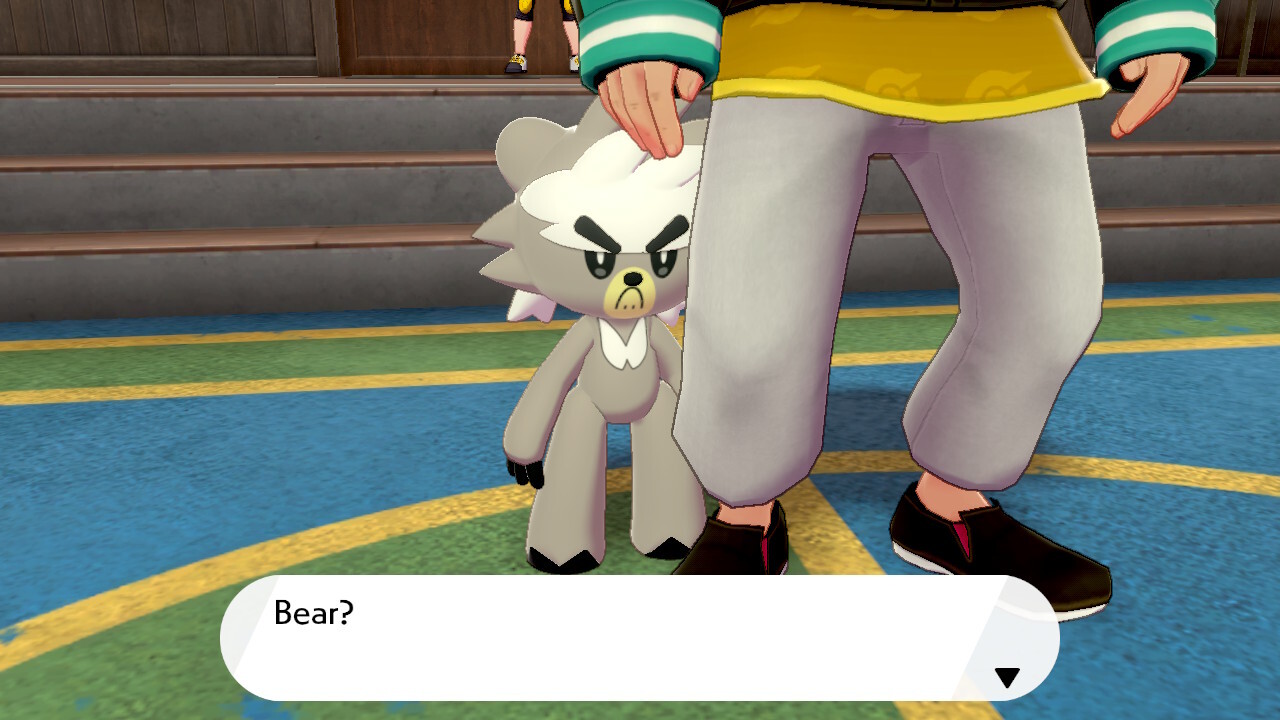 Kubfu is a fine addition of a Pokémon, getting plenty of personality in cutscenes and its questline. Initially quite timid despite its talent, it grows up into a reliable partner with two distinct evolutions. Those are not version-locked either, letting you choose between gaining either the Dark- or Water-type for Single Strike and Rapid Strike Urshifu, respectively. While I’d have appreciated the ability to switch between the two, I’m still happy to have brought up my kung fu bear.

I played through this DLC after clearing Sword’s storyline, which fit the idea of training Kubfu, but I experienced a couple of oddities along the way. For one, it felt weird not being ‘recognized’ when every Pokémon Center employee out there calls me Champ. Getting into the Dojo is based on a misunderstanding of you being a new recruit, and while it would work if you ventured out there earlier in the game, it plays out a bit oddly when taken on post-game. There’s also the matter of Kubfu itself being gifted to you at a low, fixed level and the plot coming to halt so you can level it up for a specific challenge. Had it been gifted at a higher level it might have clashed with its need to train up and gain confidence, but it still made this section a grind.

A place worth visiting

The Isle of Armor itself is the greatest strength of this expansion, providing a whole new Wild Area to comb for Pokémon. It’s less densely populated than the mainland, hosting fewer species and some that were available in the base game, but makes up for that by having a more varied layout with no “route” sections. A few fields are complemented by caves, a forest, and islands dotted along an open ocean that can all be explored freely.

Moreover, it seems that nearly everything could be caught in overworld encounters rather than keeping fingers crossed with random, rustling grass. The way they dot the landscape also feels a bit more natural and thought out, making for little setpieces. When you first step into the area, you can spot a giant Wailord out at sea, Sharpedo chase you pretty much anytime you’re in open water, and Emolga glide from tree to tree. Others simply roam around, but those little touches made exploring more interesting. There are rarer Pokémon to find and weather does still influence what’s available, keeping a few species more limited; but in the few days I spent playing through its storyline, I was mostly taken with this far corner of Galar.

One thing I feel worth noting, however, is that for the most part, you wouldn’t know the Isle of Armor is a part of the England-inspired Galar. In my original review of Sword and Shield, I felt the region’s towns and variants on Pokémon were all strengths of the game and gave it a unique identity. Sadly, those are not present here, save for the new, Poison-type forms for Slowpoke and Slowbro. Instead, you get a few martial arts themed spots and a sequence of environments that could really be anywhere in the World of Pokémon. It doesn’t harm the gameplay or contained storyline, but it would’ve been nice to see more of what made Galar appealing continued here.

The old and the new

Rather than much of that new content, we instead see the return of over 100 species of Pokémon to Gen VIII. This includes favorites like Bulbasaur and Squirtle, Scyther, Shinx, Zorua, and Rockruff and their evolutions. Regardless of if you think they should have been in the base game in the first place, trying to catch and evolve all of these fresh additions was an enjoyable co-goal to the story. They have their own dedicated Pokédex, and though they were all level 60 (much like Sword and Shield’s Wild Area post-game), the addition of an Exp Charm item and the wobbling piñata of experience that is Chansey made that grind relatively painless. Even for those not purchasing the Isle of Armor, every featured Pokémon is also now eligible for trade and transfers via Pokémon Home. 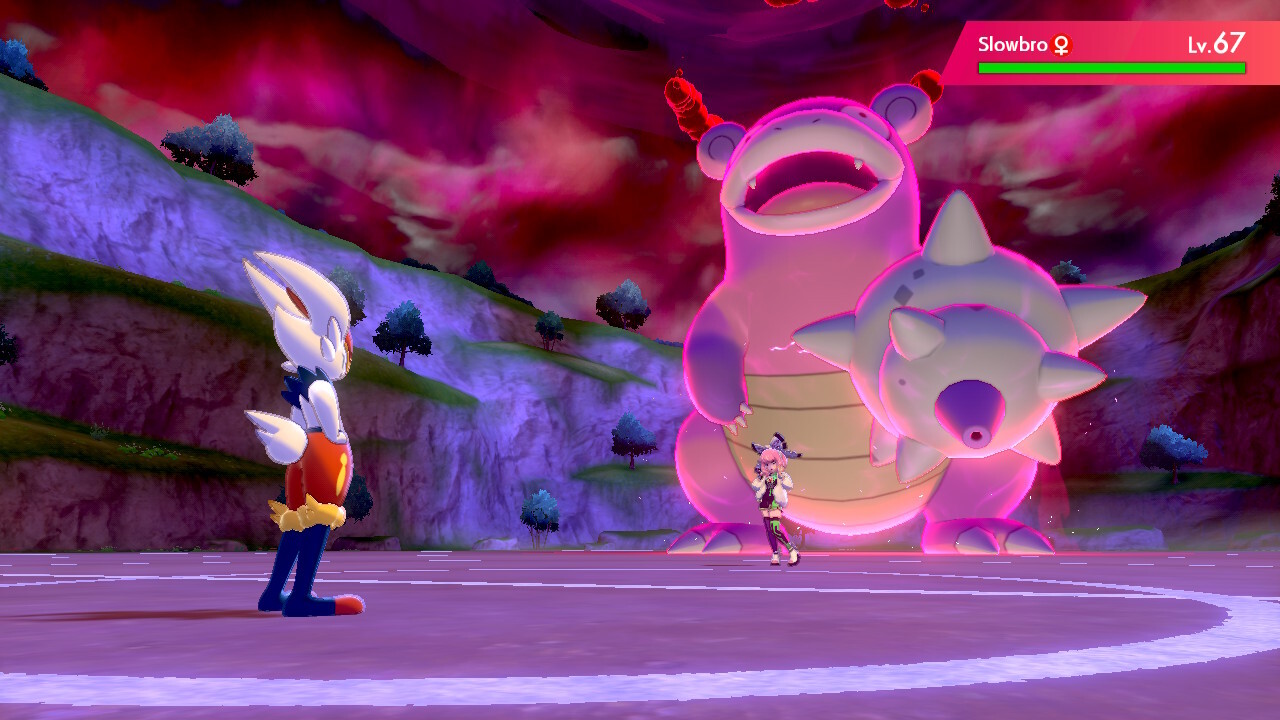 Other conveniences and features here include the option to give any Pokémon that can potentially Gigantamax the ability to do so. This includes the three Galar starters, which is nice for anyone attached to their first partner Pokémon. Speaking of, after a certain point the Pokémon in your first slot will be able to walk around the overworld with you, though that’s limited to the Isle of Armor itself. There’s also a new item recycling feature for items (and Apricorns!), a unique move tutor, new clothes to purchase, and once you wrap up the story you can take on Restricted Sparring. This forces you to form a team of a single type to take on a series of opponents, offering up a new sort of challenge for those who enjoy thinking up teams.

Probably the best addition though is an Isle-wide hunt for Alolan Diglett. These little cuties are hiding underground, with you tasked with spotting their exposed hairs and rounding them up for their Trainer. It’s such a small thing, but looking for all 151 gives added incentive to roam around every nook of the new environment. You’re compensated for your trouble with Alolan forms of Pokémon, but as far as I’m concerned, digging these Diglett was its own reward. It’s a marked improvement on the Zygarde cell hunt in Sun and Moon and I hope it’s something they consider replicating for potential Wild Areas in the future.

All of these together make for an interesting package, but is it worth the price of entry? That’s a slightly more difficult question thanks to the Isle of Armor only being offered along with the to-be-released Crown Tundra. Were it a standalone package and priced as such, I’d say so. With that in mind, if this is reflective of the amount of content to expect in the next DLC and you’re concerned with “value,” I don’t think the two would equal half of a full release (in terms of price). It’s all a matter of perspective, though, because I’m more comfortable paying for an expansion instead of the customary “here we go again” third version. 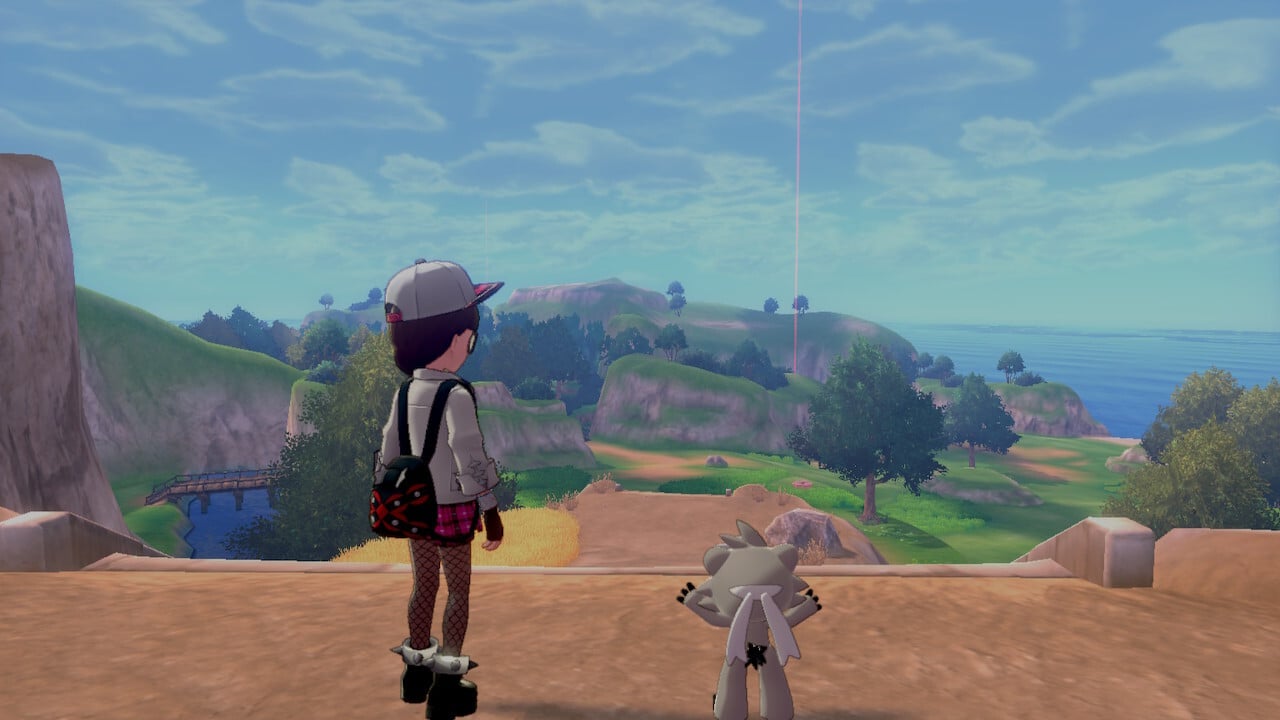 It’s easy to see how the Pokémon Company is changing their release model and be put off by the differences, but I’m fine with them trying something new — and I feel that if you enjoyed Sword and Shield you’ll enjoy the Expansion Pass as well. It’s streets ahead of the existing post-game, and thanks to the better realization of the Wild Area concept, I feel comfortable calling it an improvement on Sword and Shield’s biggest feature. It may not be a game changer, but the Isle of Armor still manages to be both an enjoyable slice of Pokémon and a satisfying taste of more to come. 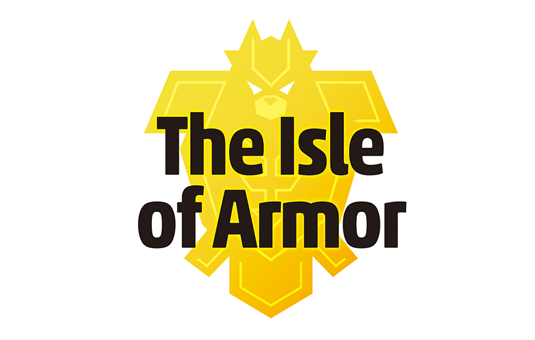