From the ashes of Super Mario Bros. 35 comes a new classic turned battle royale. Bandai Namco, Arika, and Nintendo have come together to gift players Pac-Man 99; a high speed and highly competitive twist on the arcade legend. Read on to see how it stacks up to fellow freebie Tetris 99, and whether this is a satisfying phantom feast or just a quick snack to nibble on every now and then.

The first thing worth pointing out about Pac-Man 99 is that if you’re a Nintendo Switch Online subscriber, it’s completely free to play. More specifically the core game mode, putting you against 98 other Pac-Man (Pac-Men?), will be all yours. Other game modes can be accessed via a paid DLC unlock, which we’ll also be covering further down.

If your question is “Is Pac-Man 99 worth downloading?” then the answer is absolutely. Once again Arika has turned a simple and iconic video game into a battle royale par excellence. In doing so it’s kept the spirit and identity of Pac-Man alive and well just shy of the icon’s 40th anniversary last year, while adding in high-energy and multiplayer elements. 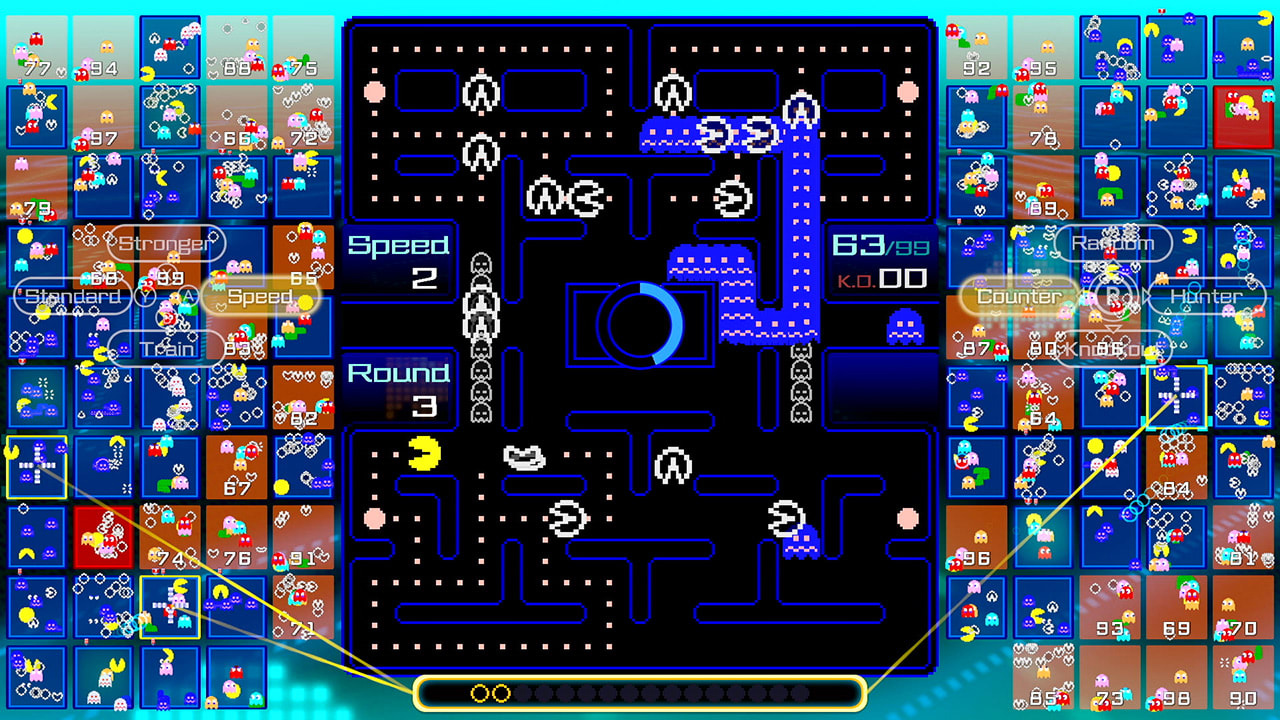 Bandai Namco had a stroke of genius with the Pac-Man Championship Edition titles, so it’s fantastic to see some of those elements make their way into 99. Chomping on the Sleeping Ghost lines that frame the map and creating Ghost Trains, then devouring the entire procession just has this way of pumping up the Paction. The sound effects and screen-stop of each bite makes for a haunted buffet worth dining on, and is your most potent form of offense.

See, every snacked on spectre sends Jammer Pac-Man to opponents’ boards. Running into these will slow you down, making you an easier target for Ghosts. Setting up an extra long Ghost Train and then gorging on the lot of them will make it rain Jammers and hopefully catch others off guard. For most of a match these are manageable, even as their frequency increases, but it’s the red versions as you near a game’s end that occasionally make Pac-Man 99 frustrating to play.

Once these begin to spawn, they become the biggest threat on the board. Like Ghosts they are deadly to touch, but unlike Ghosts they can spawn randomly at seemingly any portion of the map. I’ve had matches where all was going great only to have one appear right on top of poor Pac-Man, and their tendency to make the maze tougher to navigate feels less thought out than the Ghosts’ pursuit and ever-climbing speed.

One other frustrating aspect of Pac-Man 99 that it shares with Tetris 99 is its lack of explanation of its unique systems. There are power-ups that can be utilized with every Power Pellet picked up, but other than their names there’s no elaboration. Same goes for its targeting system, and exactly how Jammers are built up and sent out. An included tutorial or index would go a long way to making this arguably essential information in a competitive game more accessible.

Those few complaints aside, Pac-Man 99 is gaining on Tetris 99 for the spot of my favorite battle royale. It’s constantly engaging you in its action, and matches are faster and more frantic from start to finish instead of suddenly becoming lightning quick towards the end. I’ll take a puzzle game any day, but when it comes to its specific brand of competitive gameplay, Pac-Man doesn’t disappoint.

So, about that DLC.

If you’re so inclined you can pick up the Pac-Man 99 Mode Unlock pack for $14.99. This adds four game alternative ways to play all built around the same set-up. Of them, Password Match feels the most compelling. This allows you to set up rooms and join up with friends, as otherwise you’re only able to play with strangers.

CPU Battle is another notable get, giving you a way to practice before heading online. The last two are Score Attack and Blind Time Attack, which make for nice diversions but don’t have the same stakes as putting your maze moves to the test against others. There’s no way to pick and choose, so if you know you want Password Matches you’re going to have to pay out for the entire Pac. 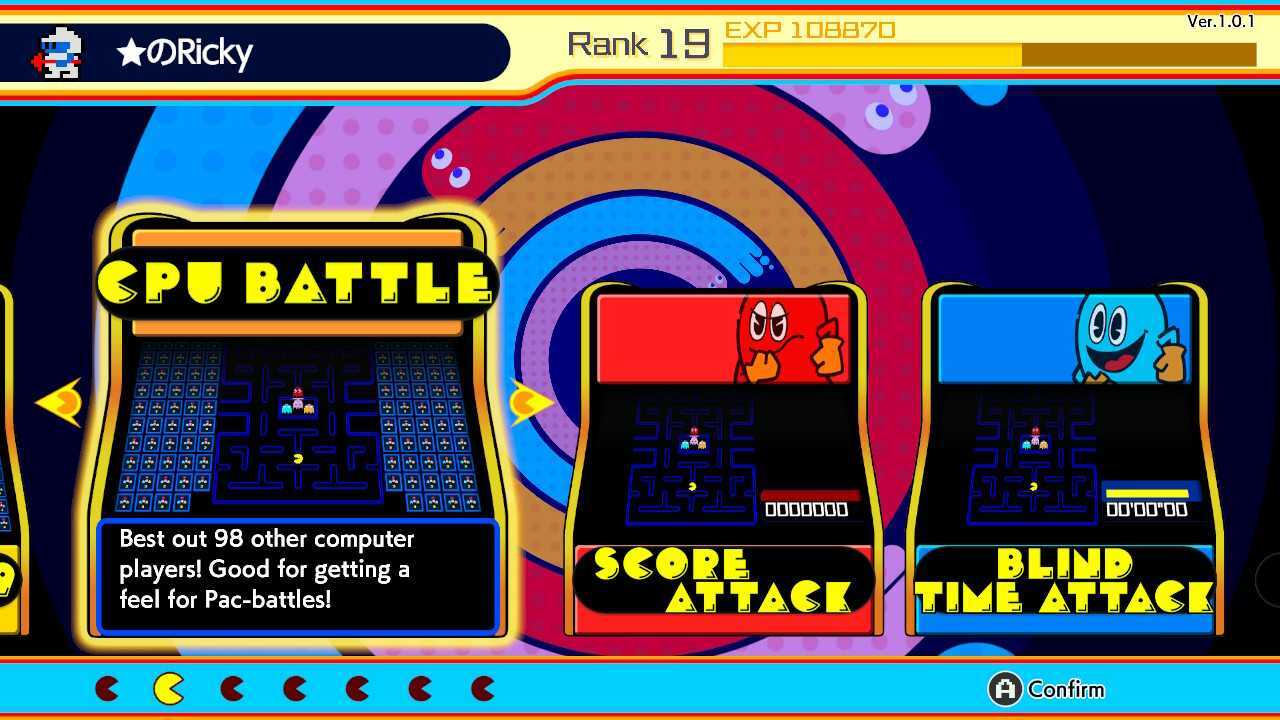 I’d only recommend this for anyone already enamored with Pac-Man 99, looking to put together mass-multiplayer streams, or who need a way to play offline. Otherwise the core experience is plenty satisfying. And if you are a big Namco Arcade fan, you can also purchase themes based on the likes of Galaga and Dig Dug. These change the graphics, sounds, and music so if you’ve just gotta have that excellent Mappy BGM then you’re covered!

It is worth noting, as a matter of comparison, that Tetris 99 offered up extra themes as online event prizes and in-game rewards instead of purchasables. I much prefer that model, both for saving cash and incentivising coming back to the game regularly. Whether or not Bandai Namco also introduces those remains to be seen, but if they’re taking requests I’d love to eventually Waka Waka to Katamari Damacy music or get some retro Tales of sprites.

Pac-Man 99, as a fun and free download, manages to live up to its predecessors while standing as one of the better Pac-Man releases of recent memory. It’s addictive and perfect for quick sessions, though it’s easy to see all it has to offer just as fast. Hopefully it has events and content planned down the line, as its arcadey paid modes don’t quite do it for me. Still, with seemingly any classic up for grabs it’ll be interesting to see where Arika goes next with these free battle royales. 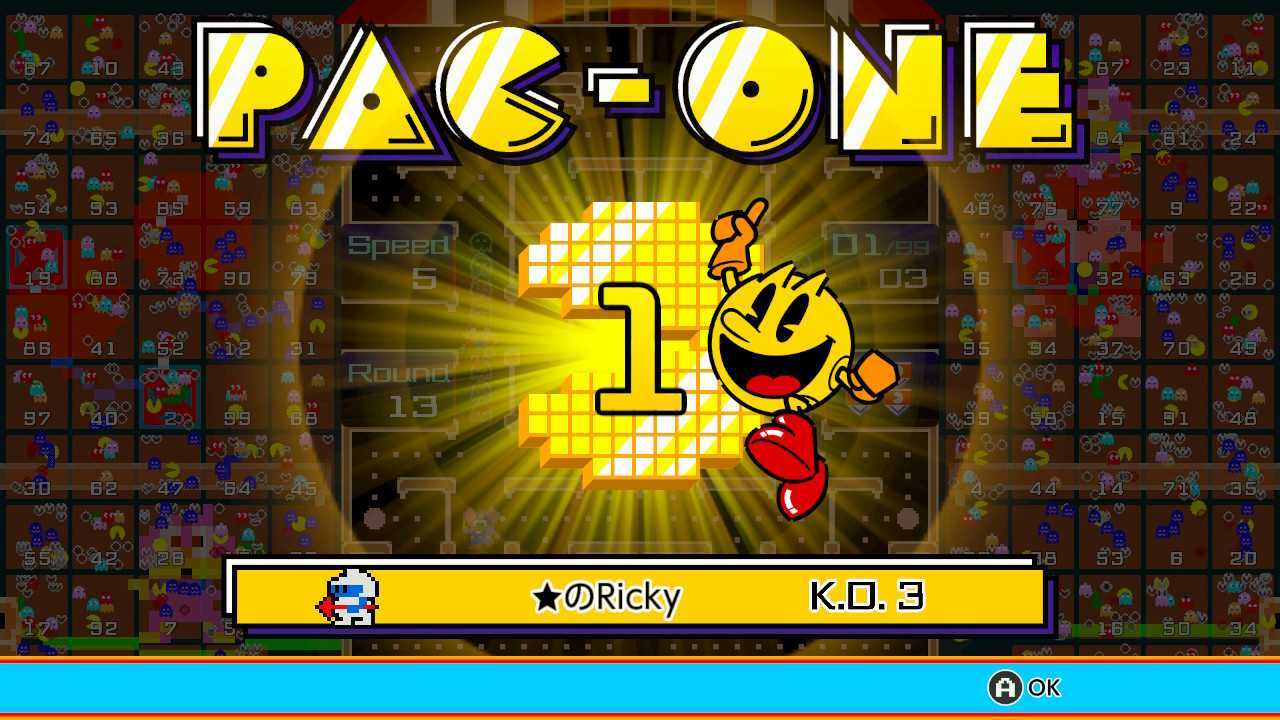 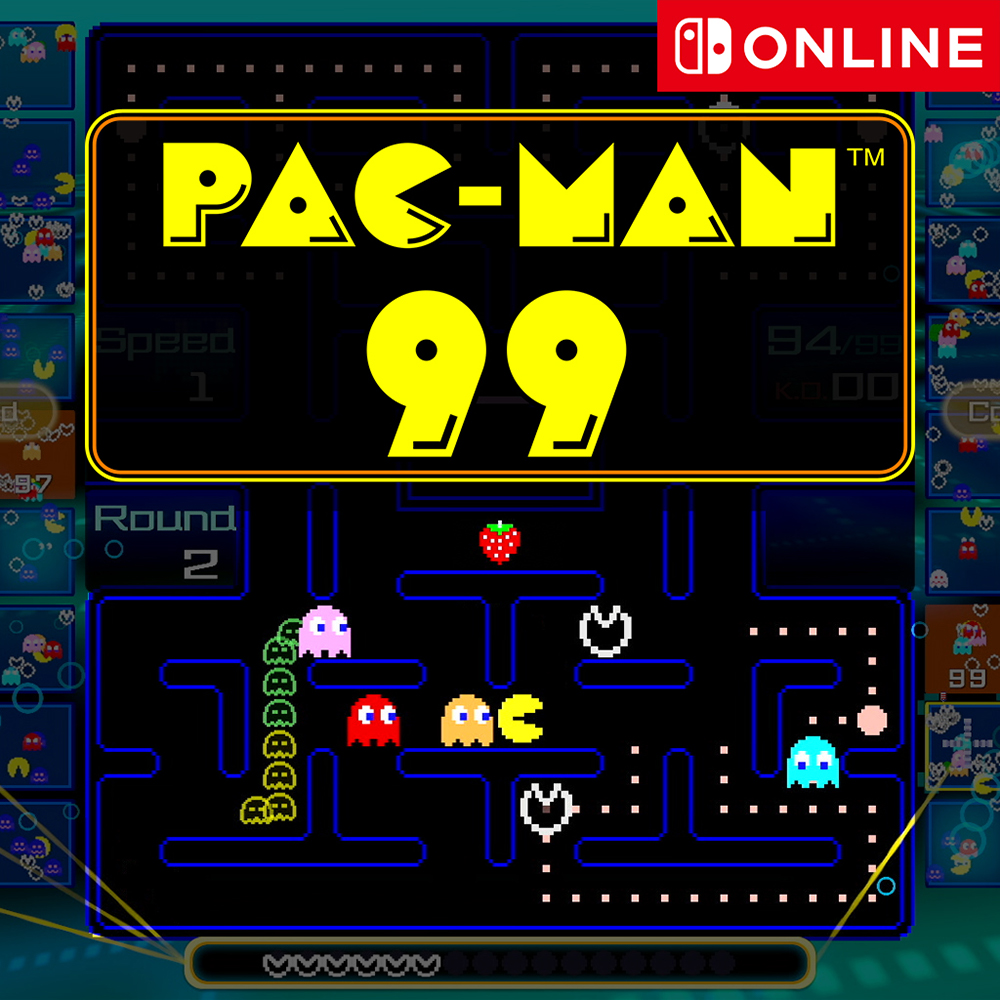