If there was one trend among indie games of the ’10s, it was in the development and reflection of empathy. Future classics like Papers, Please and Undertale made the player question their actions and treat the fictional characters of imagined worlds with care and nuance. In a medium where so often violence is a given and the freedom of the player to do whatever they want is a selling point, a solipsistic strain developed within the industry that finally received some form of pushback. The world, even if imagined or unreal, does matter, and how you treat it may reflect on how you treat the world around you in real life.

But of all the games built to develop empathy, there was – and is – perhaps no greater example than OneShot, the meta puzzle/adventure game about guiding a young child through a decaying world. Through bending the fourth wall, brilliant atmosphere, and a sense of immersion unlike any other game in existence, OneShot weaves a simple but sorrowful tale of darkness, light, and one very cruel choice – even if the Switch version isn’t the ideal way to experience it. 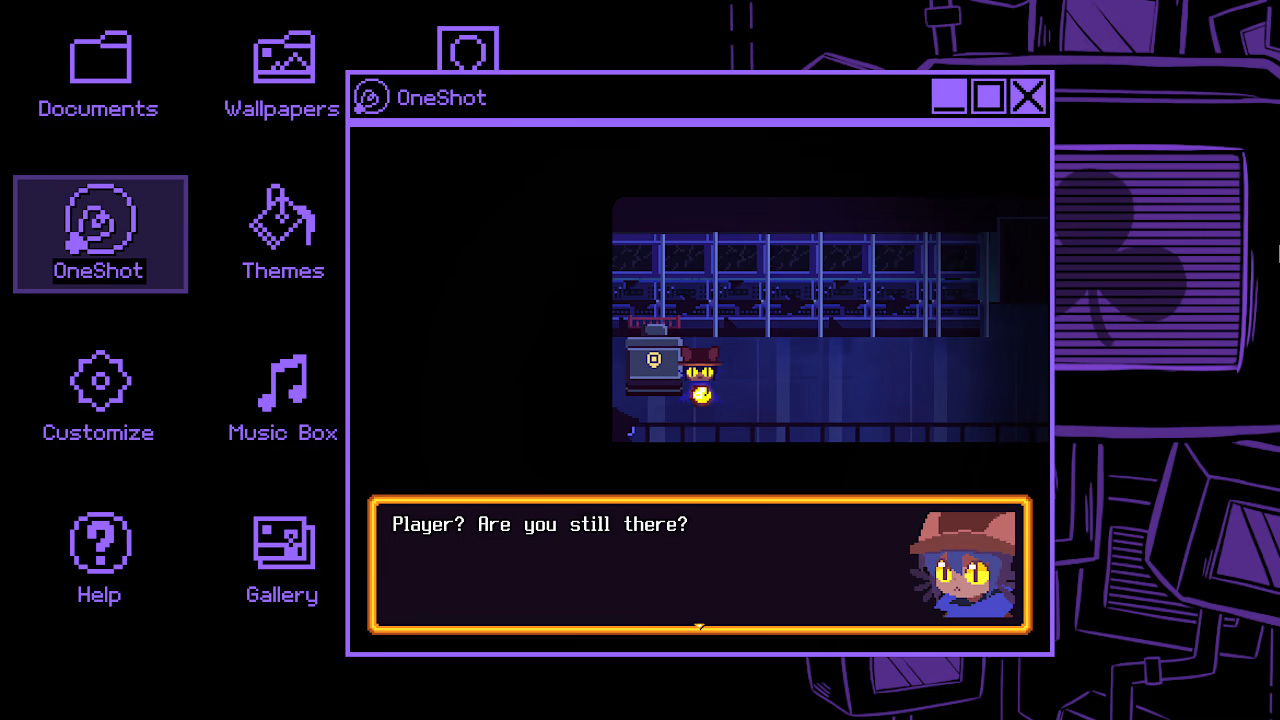 OneShot follows Niko, a young person with whiskers and cat ears and big yellow eyes who is adamantly NOT a cat, is sucked into a world slowly about to fade. Niko is the “messiah” who holds the sun (a lightbulb), which, if installed in the tower at the center of the world, will bring light back and restore everything. Thus they must traverse the landscape and solve puzzles as they learn of the world, how it came to be, and what can be done about it.

But the other main character of OneShot is more unusual: you, the player. Not as a self-insert or anything like that – within the construct of the world you are literally a god whom only Niko can communicate with. Unlike several other meta games, that slowly peel back the facade of normalcy to eventually shock and horrify you with the sense that you personally are involved, OneShot shows its cards within the first few minutes, deigning to give up that potential surprise for the sake of actively encouraging a relationship between yourself and Niko. And this direct bond works – Niko enthusiastically telling you of their home and their life is adorable and will make you wanna adopt them. And I HAVE (the Fangamer plush is on my bed as I type).

The three-way interaction between you, Niko, and the world itself forms the crux of the game. Like many RPG Maker affairs, the game is about puzzle solving and traversal rather than some form of combat – light adventure game logic pervades, with most ways forward a simple matter of exploration and finding the items you need. There’s no solution that will really stretch your brain to a breaking point, and you can intuit direction pretty easily by just going around and looking at things. 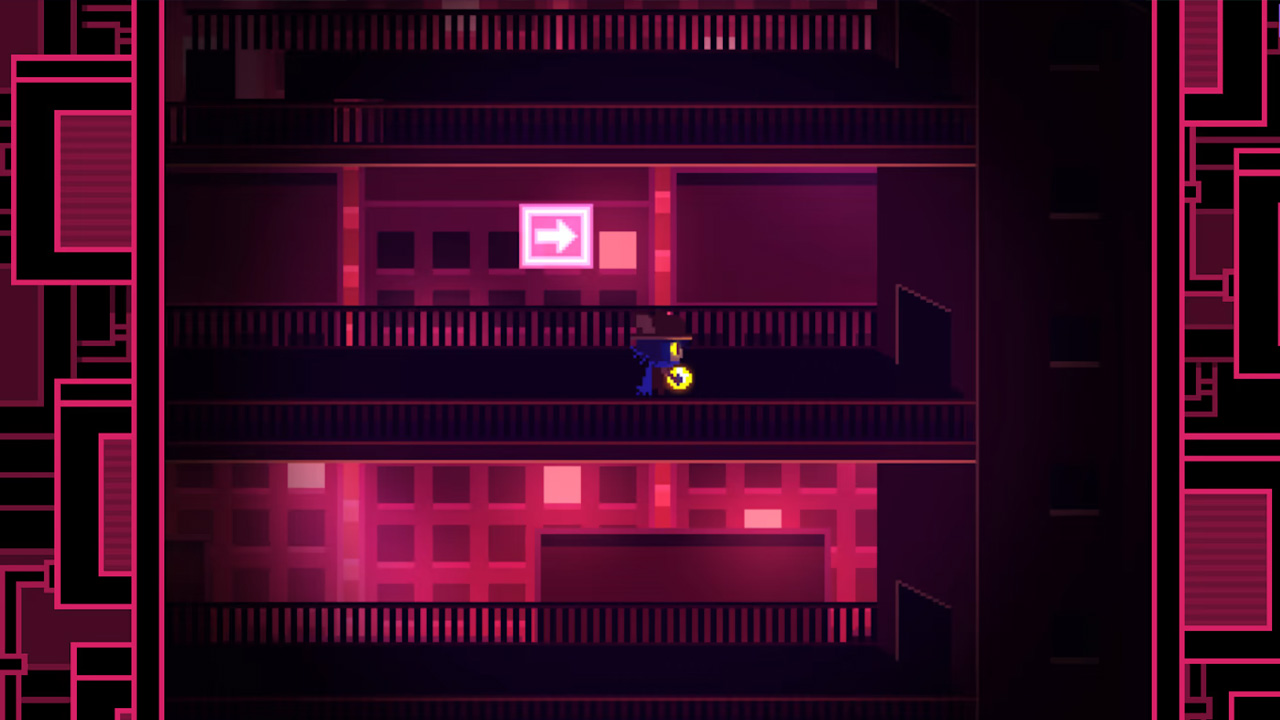 Where the game gets more interesting is in the meta-puzzles – which are incidentally the reason why the Switch version is inferior. See, OneShot was originally made and designed for PC, and the ensuing meta puzzles involved stuff like moving the files around, searching for clues on your desktop, and a whole bunch of other neat stuff. Thus, in order to replicate it, the game essentially has its own OS from which you launch both the game OneShot and the various meta elements. It’s all perfectly functional; nothing is remotely broken. But it simply isn’t as cool, interesting, or organic. On PC the entity known as “OneShot” felt like an arcane collection of data, a portal to another world residing on your everyday device. Here, it just feels like… a video game. Sure, at the end of the day the main thing lost is novelty, but isn’t novelty part of the art?

To help this disparity, the World Machine Edition includes extra goodies in the game you can “click” on for bonuses. It’s all extra material like wallpapers, character bios, and themes for the OS – a lot of it is really nifty, especially if you come in already a fan, but it’s not quite substantial enough to make up the difference. It is an element worth noting, however, especially if you’ve played the game already. 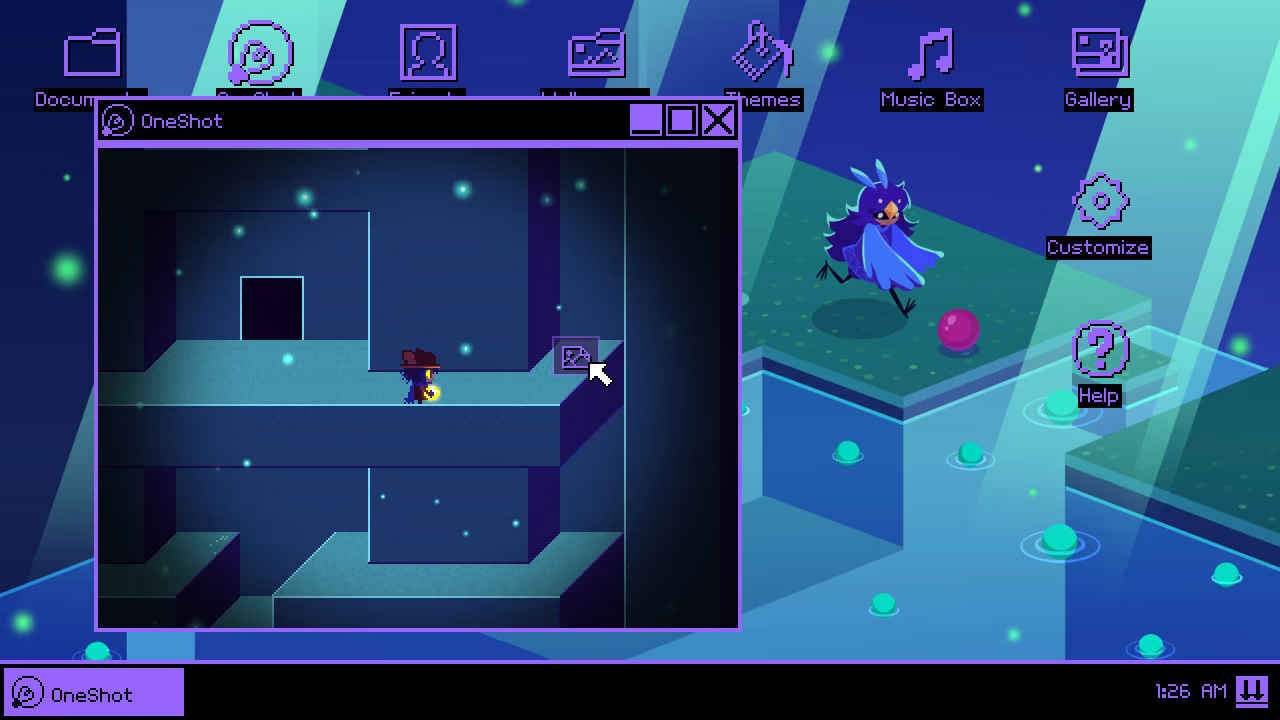 While the framing device of the game isn’t as tight on Switch, nearly every other element of OneShot is preserved – namely, the world itself. I wouldn’t hesitate to say OneShot is in the running for “greatest atmosphere of all time” – dark but warm, filled with shimmering shades of purplish-blue, tealish green, and bright ruby red. Niko’s bright yellow eyes and lightbulb stand out as points of light in a world that is colorfully dim, aesthetically matching their role in the journey. And the soundtrack is pure ambient bliss, notes trickling in simple melodies and soothing beats. This game might have the strongest vibes ever committed to code.

And that aesthetic only helps the player fall in love with the world. Despite the game’s brevity and general smallness, richness is packed into every detail – you can extrapolate so much from a simple line or two. The writing tends less towards the quirky or irreverent (though there are plenty of cute little jokes) and more towards the treacle and sweet. It has the most important element of its ilk, which is sincerity – there isn’t a drop of wry cynicism in the entire code. The characters are charming and largely memorable. You genuinely grow to care about the few people left in this fading world. The game even lacks a proper villain, though there’s plenty of conflict and antagonism to propel the story towards its fateful conclusion. 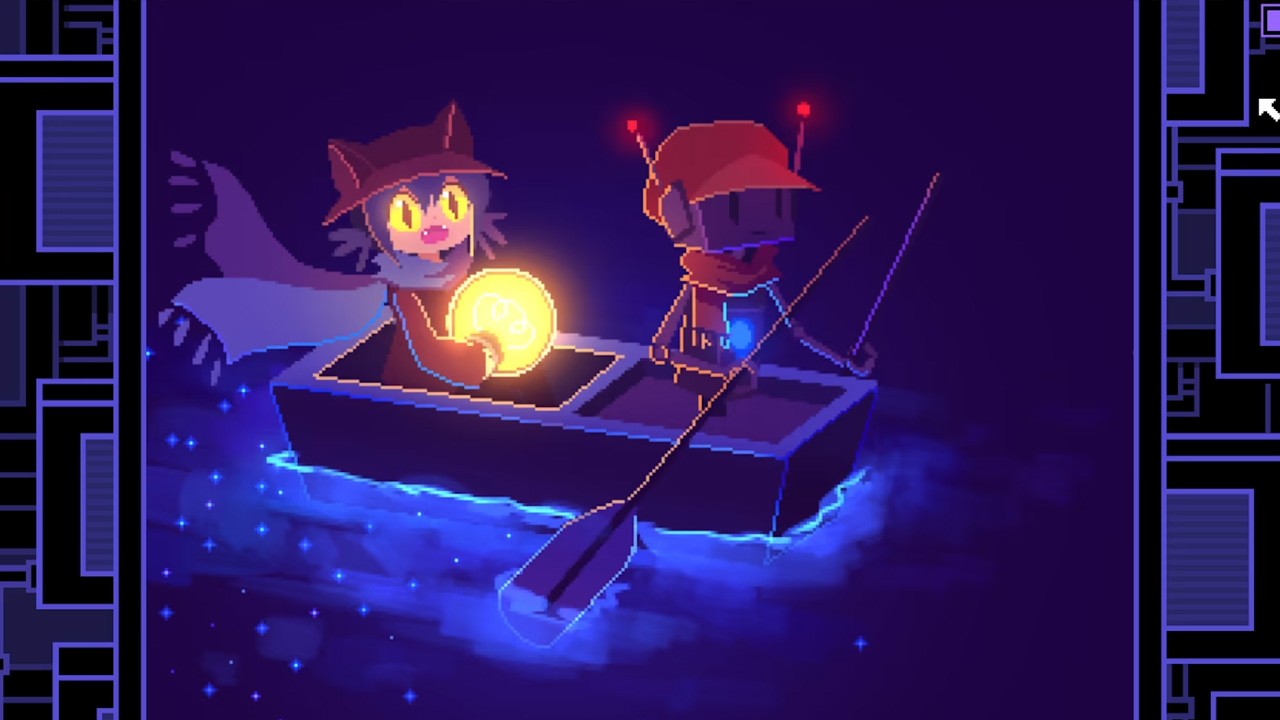 And what a conclusion it is. OneShot technically has two sorts of playthroughs with two very different endings, the second of which can only be seen after the first. The first playthrough ends a single decision to make as the player – one of the most heartrending choices in gaming history. The second is in some ways more straightforward, but just as gutwrenching in others. They raise questions beyond the scope of the game – questions about utilitarianism, artificial intelligence, and the nature of imagined realities themselves. Both endings are excellent and worth seeing. But remember – you only have one shot.

OneShot is a game that is felt better than it’s told. While I can’t in good conscience say the Switch’s World Machine Edition is superior or even equal to the PC original, if it means you finally experience the tale of Niko and the sun then it’s a perfectly fine way to do so. It’s short and sweet, but the memory of it far outlives whatever time you spend playing it. It’s one of the indie greats of the past decade, and if you care about games as an artform at all it’s your prerogative to play it 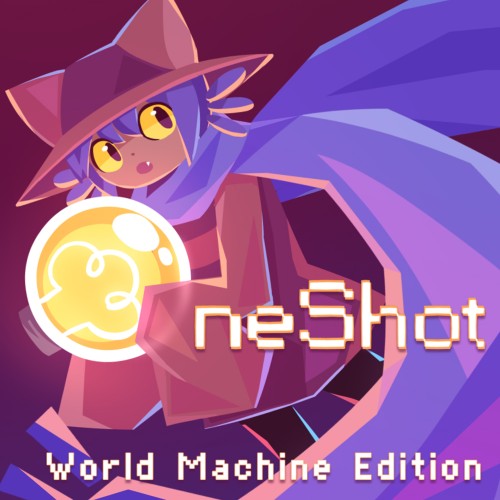