As unbelievably successful as the Super Smash Bros. series is, it always amazes me how many games try to copy its style and fail in unique ways. While there are some successes, like Rivals of Aether, it feels like so many developers struggle to understand what makes Smash so much fun. Some of the worst offenders are the licensed Smash clones. Cartoon Network: Punch Time Explosion, TMNT: Smash Up, and Kung Fu Panda: Showdown of Legendary Legends are among the numerous games that failed to land what seems like a slam dunk: combining cartoons with Smash Bros.

Longtime kids’ programming juggernaut Nickelodeon decided to throw its hat into the ring with Nickelodeon All-Star Brawl. Hoping to avoid the pitfalls that claimed so many other Smash clones before them, the developers of NASB, Ludocity, who made the indie darling platform fighter Slap City, worked closely with the Smash community to try and make the game as competitively appealing as possible. So does this game finally succeed in capturing some of the simple joy of Smash Bros.?

Nickelodeon All-Star Brawl follows the Smash formula to a T. Up to four players pick from a launch lineup of twenty Nicktoon characters, then proceed to a number of wacky stages to punch, chop, kick, and fart on each other until they rack up enough damage to send the opponent flying offscreen. If you’ve played a Smash game, you know how NASB works. 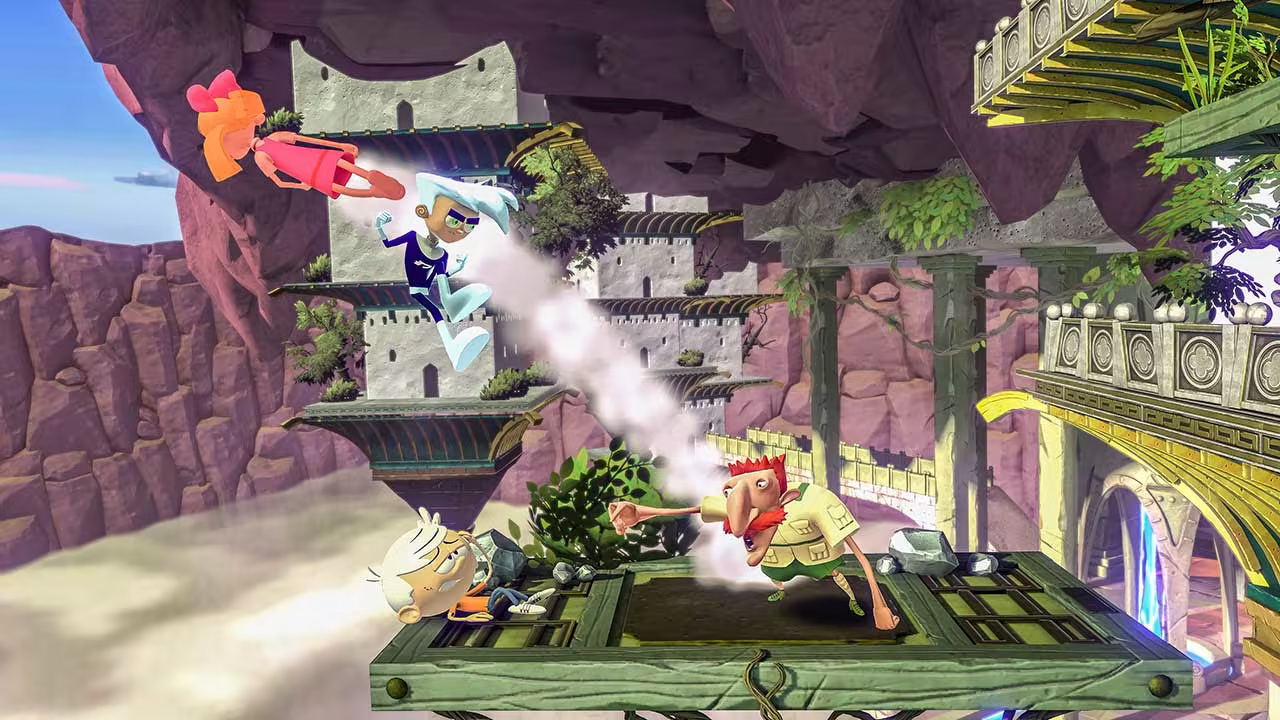 Where NASB stands out is in its game speed. There is a term in fighting games called “neutral”, meaning the time in a match in which neither player is on the offensive, and both players are trying to read the opponent and are waiting for an opening to strike. NASB thinks neutral is for cowards. This is an aggressive game — most attacks are demonstrably faster than in Super Smash Bros. Ultimate, especially air attacks. This leads to a game where offense is king, especially air mobility. So whereas most characters in Smash Bros. Ultimate have differing game plans, be it rush down or distanced zoning control, in NASB the characters with bigger hitboxes and faster movement are simply better than the rest. CatDog, Leonardo, Aang – all of these characters have huge attacks that come out very fast, so they are seen a lot at high level play.

There are also numerous game system differences between Smash and NASB. You cannot roll out of your block, once again adding to the “best defense is a good offense” feeling of the game. Normal attacks are also much stronger, meaning that a series of down air light attacks are just as good at spiking someone off-stage as a strong attack, and easier to hit too. Throws are extremely effective at setting up combos, or getting early kills, and the addition of eight-way dashing in the air means the return of wavedashing from Super Smash Bros. Melee, which only adds to the game’s speed. Basically, you always want to be moving in this game. 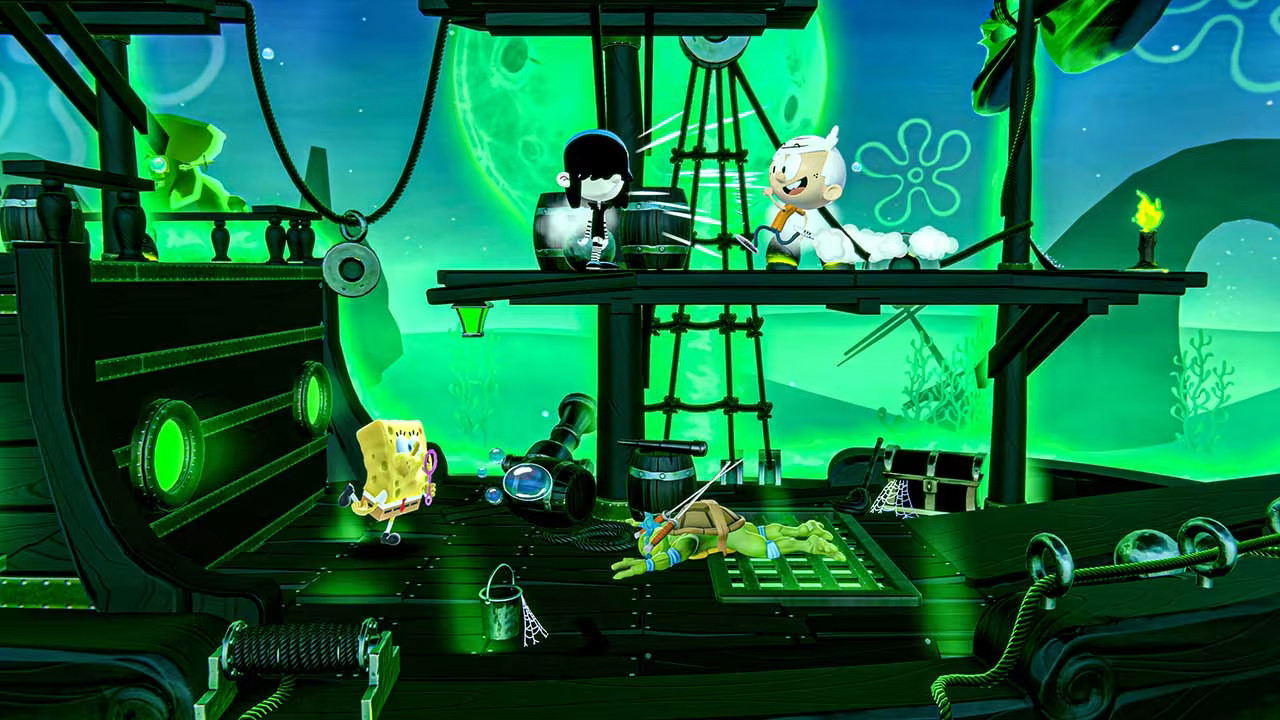 The character list is definitely the game’s highlight. You have your obvious picks like SpongeBob, Patrick, and Korra, but the game also features lots of weirder, but very welcome choices. I love having April O’Neil, Reptar, Nigel Thornberry, and Helga in the game, even though none of them are the main characters in their respective series. This, of course, leads to the discussion of the glaring omissions. Most egregiously, Fairly OddParents and Jimmy Neutron are nowhere to be seen, despite appearing in any number of previous Nicktoon crossover games. There are also lots more classic shows without representation, like Rocko’s Modern Life and My Life as a Teenage Robot. I know that rights for these shows can be messy, but when I don’t see a Fairly OddParents character, one of the longest running Nickelodeon shows ever, I can’t help but feel cynically that they are being held back to sell DLC.

The roster also inadvertently highlights Nickelodeon’s lack of long-lasting franchises in recent years. The only characters from the last decade are Korra and the two The Loud House characters. This isn’t the fault of the game developers, of course, but if I were a producer at Nickelodeon I would be concerned that so few modern shows have enough staying power to make it into the game.

Regardless of odd omissions, the roster is varied and fun. The gameplay is fast and frenetic, but there can definitely be a thin veneer of weirdness in the game. Some characters, at time of writing, have various bugged moves or infinite combos, though many are being patched out as we speak. Animations are understandably not as smooth or telegraphed as Smash, so sometimes it can look and feel a bit janky juggling around the opponent with some attacks that just… feel weird to use. That’s not to say I don’t like it. I love oddball fighting games that don’t always feel balanced or rock solid in their performance. It’s why you see people crowding around Sailor Moon or Jackie Chan in Fists of Fire setups at fighting game tournaments: sometimes the more chaotic games are more fun.

When it comes to presentation, NASB is a mixed bag. These characters are all from 2D animated shows, and some made the jump to 3D models better than others. The wackier ones like SpongeBob, Reptar, and Oblina look great, while others, like Aang, Nigel, and Ren & Stimpy look off. Even so, the team clearly poured a lot of love into the animations. Each move is either a reference to a specific moment from the show – SpongeBob’s down strong is the “imagination” rainbow – or is at least in line with the character, like Nigel downing a nice cuppa as an aerial up strong attack. The backgrounds are also surprisingly nice. Most of these Smash clones skimp on the background detail, but here the stages are all very faithful to the look of their show and feature plenty of cameos. 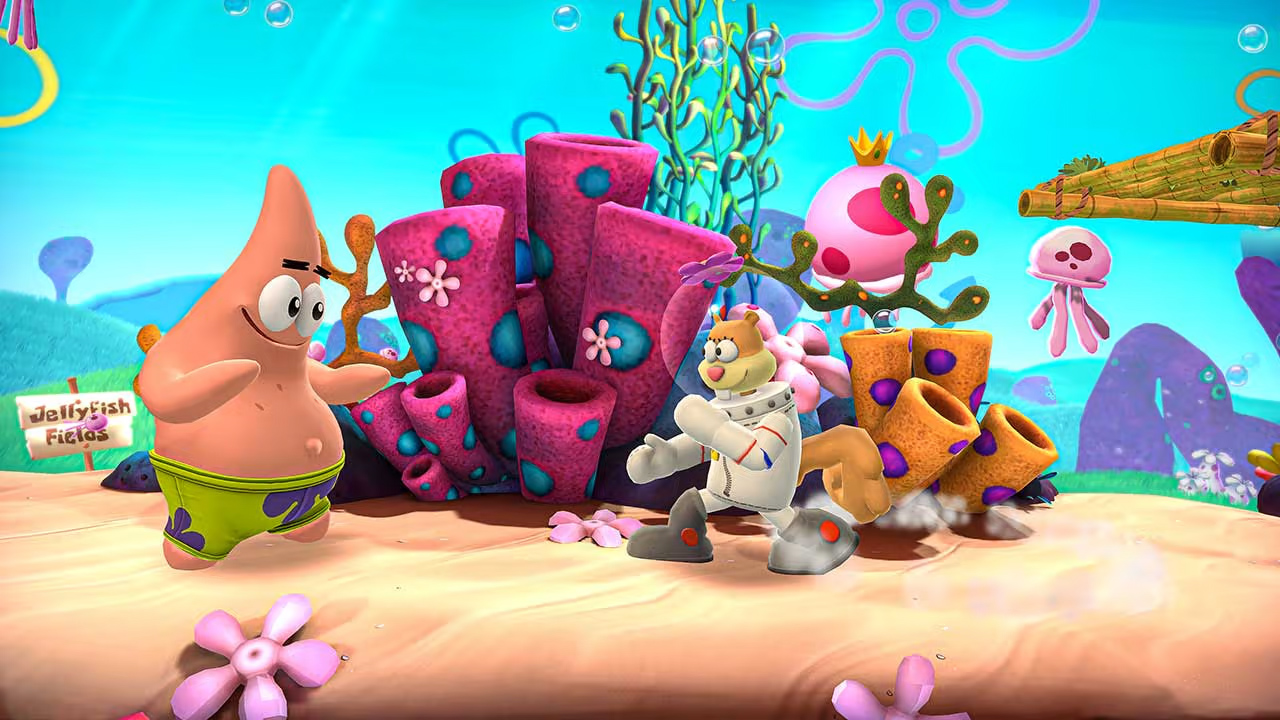 Where the presentation falls flat is the audio. The music is quite nice overall, but there is no voice acting aside from the announcer. This is no small complaint, either, with the matches feeling hollow without voices. These characters are beloved almost entirely thanks to the skilled voice actors that bring them to life. I know that contracts and rights are complicated and Nickelodeon likely didn’t want to pay the voice actors for new clips, but it feels like the game is incomplete. The developers have said that adding voices down the line isn’t out of the question, and we can only hope it happens.

In terms of content, NASB isn’t the most robust. There are stock and timed battles for local multiplayer, online matches for ranked and casual, as well as lobbies, and some wacky “sports” rule sets that add balls and goals to the equation. In terms of single player, unfortunately, the arcade mode is barebones. There is no story and no intros or endings for the characters, just stilted lines of un-voiced dialogue at the beginning of each match. This bare-bones approach feels like a missed opportunity to let these beloved characters shine. 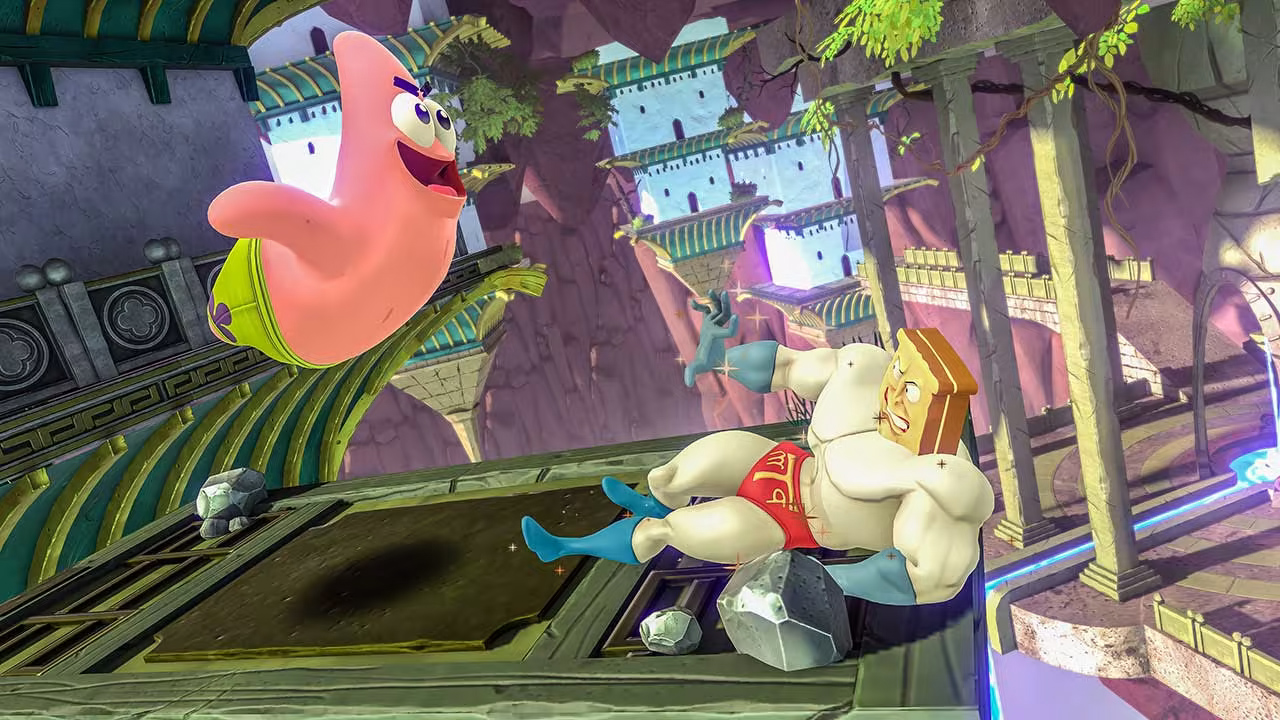 The online suite is something the developers have been touting. The game has rollback netcode, a type of online play that offers better connections than peer to peer netcode, like that of Super Smash Bros. Ultimate. I cannot find confirmation that the Switch version has rollback, but the matches with a good connection are very good. Everything feels responsive and immediate. Unfortunately, the bad matches are very bad. If the connection is poor, everything stutters and lags to the point of being unplayable. This is of course not unique to the game, but is a bummer nonetheless. I can only recommend you use a wired connection and hope for the best.

Nickelodeon All-Star Brawl is one of the best attempts to copy the Smash Bros. formula, at least on a licensed front. The roster is surprisingly good, ranging from favorites to obscure picks. However, the glaring omissions of some of the most popular shows feels weird, and the feeling that they might be added as DLC is a bummer. While the animations and backgrounds have tons of character, the lack of voice acting is downright distracting, and makes these beloved characters feel like cheap imitations.

That being said, Ludocity and Nickelodeon worked hard to make this game appeal to the hardcore Smash fans, and it shows. The gameplay is fast and fun, and the adhesion to the mantra of “if everyone is broken, then no one is” means that most of the characters can do wild stuff that would make for a good Twitter clip. If you are a casual Smash fan or a nostalgic 90’s kid, this game could be a lot of fun if you get some friends together. However, you will get the most enjoyment out of the game if you follow the pro Smash players who are currently playing this game constantly and play competitively yourself. It’s not the most polished game, but the ability to pick any character, find some overpowered move or technique, and say to yourself “how is my character allowed to do that!?” feels great. It may not be the prettiest or fairest game ever made, but, if you’re like me, you’ll keep coming back for one more match over and over. 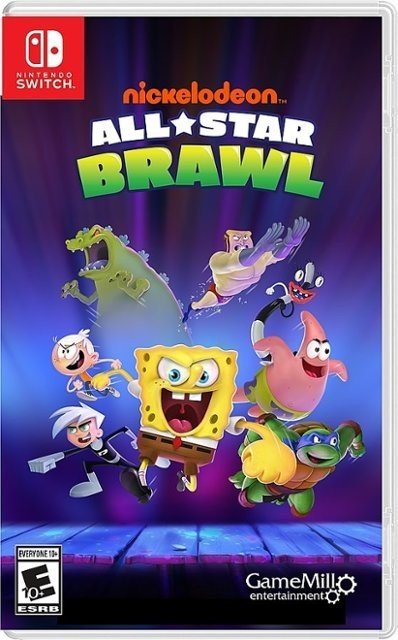