There’s a joke I hear around the gaming community sometimes that’s some variation of “every game these days is either about a man with a gun or a woman with depression.” While obviously reductive for comedic purposes, at times it feels like there’s a real strain of truth to that observation, as more and more AAA games become open-world shoot fests that you can all play with your Buddies™ for Hundreds of Hours™ while indie games in turn offer personal, abstract, non-violent games that often center around mental illness or other struggles that are difficult to headshot away in real life. While I would never dare to suggest that these games are all the same, especially considering the number that have affected me in small or great parts, I can understand how an outsider might make a mockery of it. 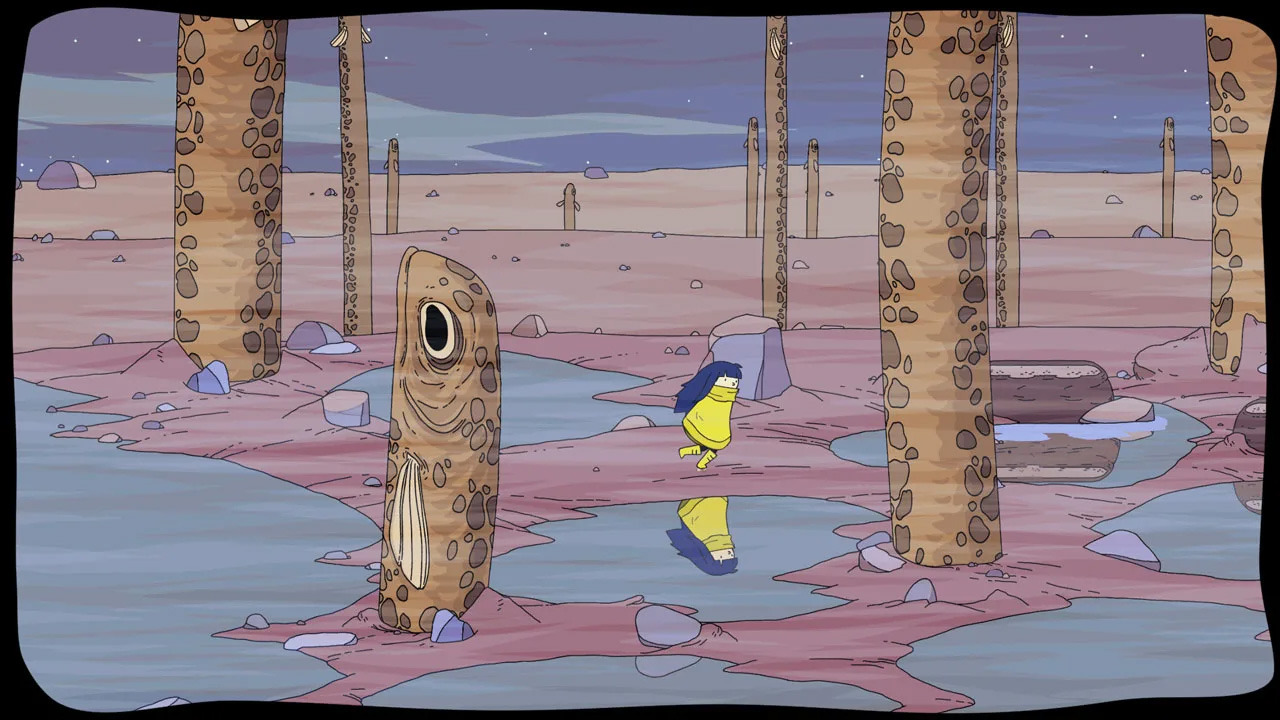 Even with my distaste for that aphorism, I had it a lot on my mind during much of my playthrough of Minute of Islands, an indie puzzle-platformer by German-based Studio Fizbin, as it seemed to go through the motions that a lot of its fellow indie games had inspired. In the end, however, the game surprised me with an emotive, disruptive last quarter, which ended up providing a disquietingly beautiful conclusion – even if the whole product can be a bit rickety.

Minute of Islands is a game that is both simple and complicated to explain. You play Mo, a young tinkerer who must explore the underground of nearby islands in order to awaken four giants and repair her world on the brink of collapse. You do this by light puzzle-platforming and exploration, finding sets of purifiers to cleanse the air of spores before retreating below to awaken the giants one by one. This describes the game in a fairly objective manner, but does little to explain the experience of playing it, which is drawn out in narration and collecting Mo’s memories scattered throughout to form a complicated, entangled portrait of a young woman and the people in and out of her life. 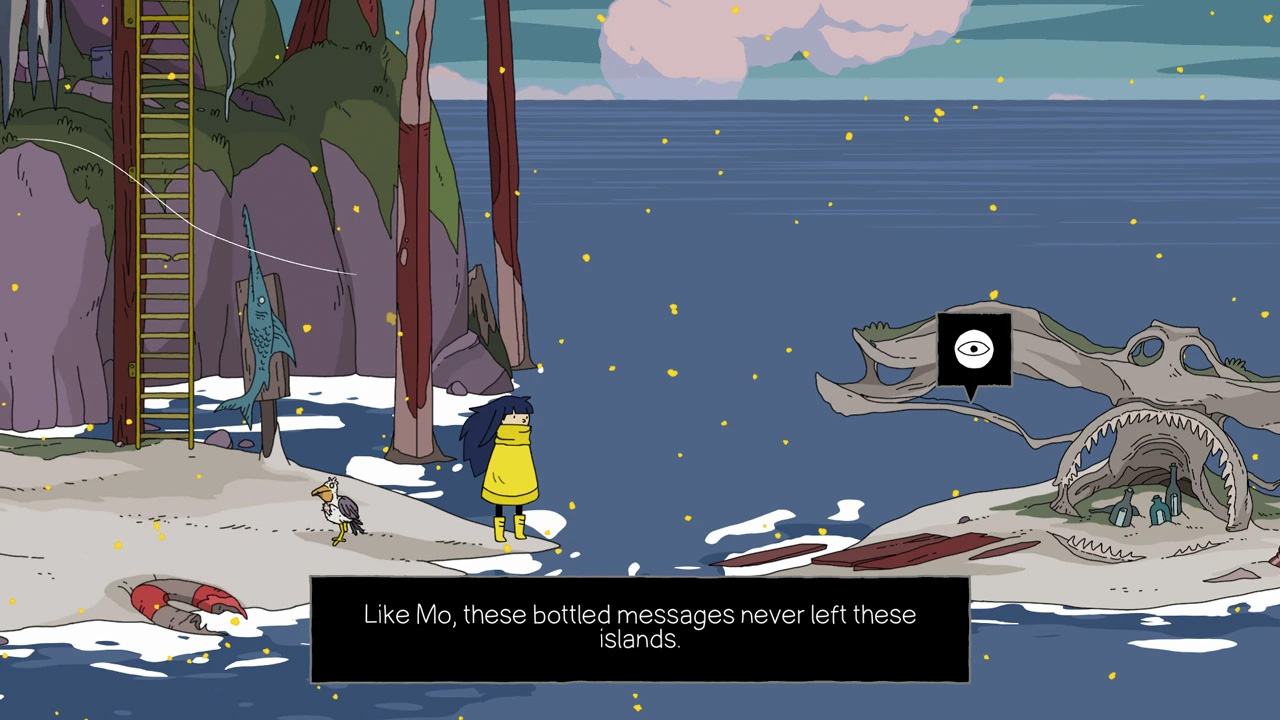 Much of Minute of Islands’s peculiar vibes can be attributed to its visuals, far and away its most immediately outstanding attribute. While the game’s artstyle is apparently simple, with thin lines and soft colors, the world explored is anything but – a mishmash of natural rocky terrain and bizarre bio-mechanical land features, like a mishmash of Akira and Nausicaa of the Valley of the Wind. Mo’s world – and the technology she uses – feels alien in a way that few media manages to accomplish these days, assisted by some stellar animation work and a persistently lonesome atmosphere. It’s not eye candy in the traditional sense, but it looks so distinct that it may as well be (though trypophobes might want to be warned, as there are several instances that might upset you).

While the look of the game is fantastic, it’s in nearly other area where its performance is uneven, mostly in gameplay. While these sorts of artsy puzzle-platformers are very common, MOI did little to distinguish itself from its competitors, offering up puzzles rarely complex enough to be interesting and too present to be ignored. Some other games can subside purely on narrative and experiencing the story (I just played What Remains of Edith Finch last month and found it to be a wonderful time, even if there was no “gameyness” to its design), Minute of Islands goes for an in-between that feels more like busy work than exercise for your brain (with maybe one or two exceptions). 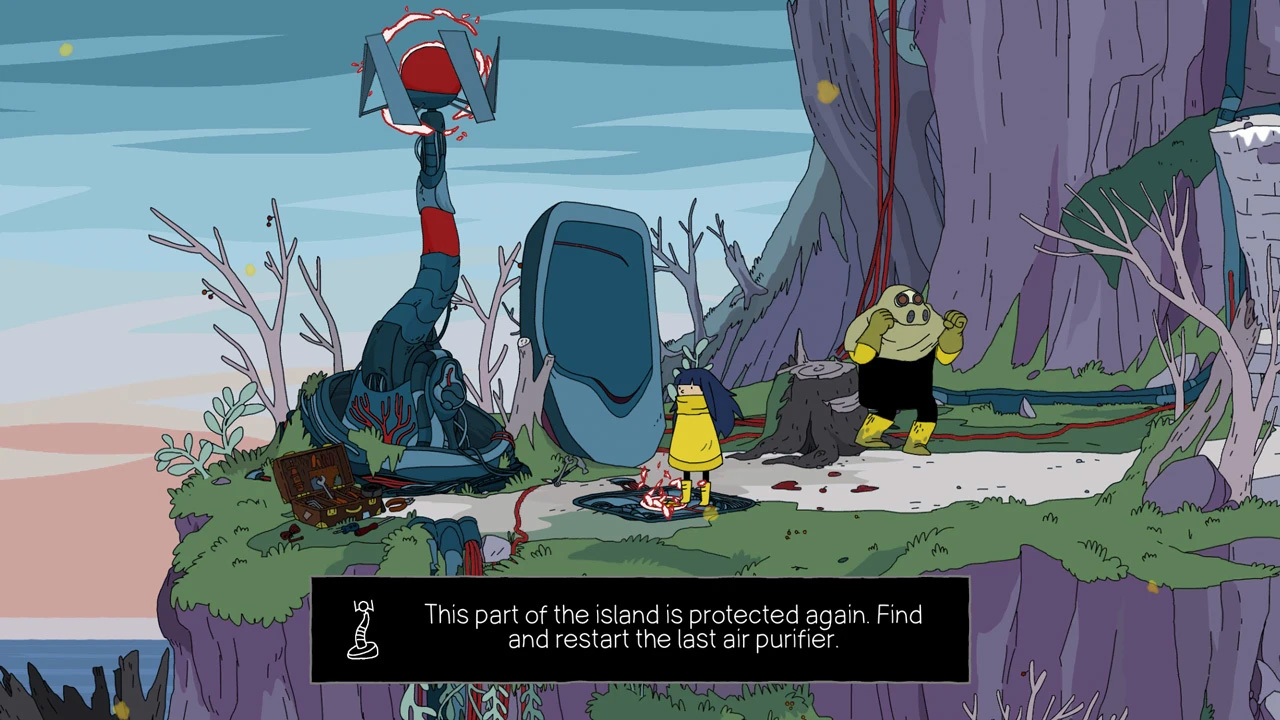 This isn’t helped by the game’s pacing, which is slow. Deliberately so, clearly – action stops anytime there’s narration (which is often) and Mo walks pretty slowly while not jumping far. In one sense, this is fine – this isn’t a high octane action game, and the pacing does help in setting the atmosphere. But in particular segments (particularly the hallucination sequences, set in elongated horizontal planes) it can feel just a little tedious. Nothing criminal, just a bit more taxing than you might like.

Because of these issues (along with a decent amount of glitches – nothing game-breaking, but it was clear the QA department needed more time) I was prepared to write off the game around the halfway point as a curiosity, the sort of experience you might play if you really like the art and for no other reason. But the game’s last act well and truly surprised me, hitting me with an emotional realness that surpassed the game’s earlier moments of dramatism (which felt a bit too unclear or disjointed to really land). By the time the credits rolled I was filled with the same sort of twisted, conflicted heart I get upon finishing any challenging work of literature or art, and that’s something that’s not easy to do.

At the beginning of Minute of Islands, the game offers a content warning – more and more common these days, thankfully – that contains a disclaimer that I found particularly unusual. “Mo’s journey is her story alone and not intended to be a universal depiction of people affected by these issues.” And I found it welcome. Because it made it clear that Minute of Islands is a game that tries to speak for nothing but itself, and it speaks for itself very well. 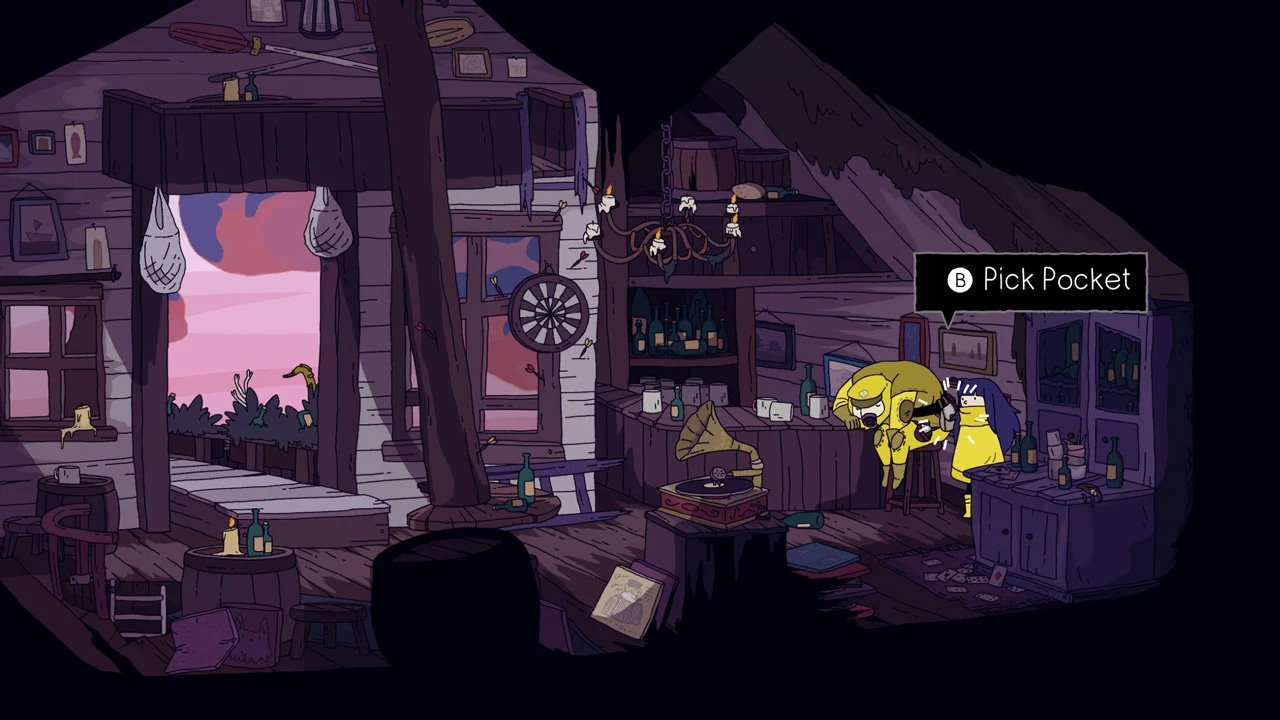 I hesitate to discuss the actual themes at the core of the game, because doing so would reveal the ending, which I found wholly unconventional given the type of narrative at play. But it was gorgeous. I can’t remember the last time I played something that felt so open and inconclusive yet so unbelievably satisfying. It made the experience feel worth it.

And yet, I can’t dismiss the slow pace of the first half of the game, either. The beginning begets the ending, and you can’t analyze either on its own, or simply play the last bit and be affected the same way. That makes rating this one tricky. Minute of Islands isn’t a game I can recommend to everyone, and even to those who would love it, the talk of the game comes with caveats. Like any beleaguered protagonist, it makes mistakes. But at the end of the day… it means something. And that’s more than can be said for a lot of games starring guys with guns. 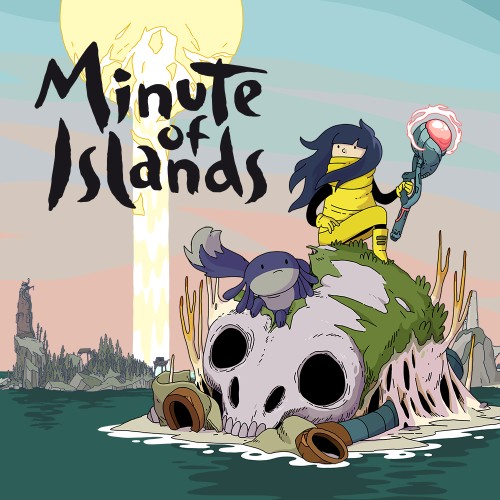