It’s saying something when one of my only noteworthy issues with Littlewood is its bafflingly bad Switch home menu icon (which is set to be fixed anyway). The rest of it is just that charming.

First, a summary. Littlewood is a life-simulator that covers pretty much everything you’d expect from the genre. There’s farming, there’s dating, there’s crafting, there’s gathering… You can even play a fully-featured collectible card game. In most life-sims, being given that much freedom can be overwhelming, yet Littlewood tackles it with an obvious solution – there’s no pressure. 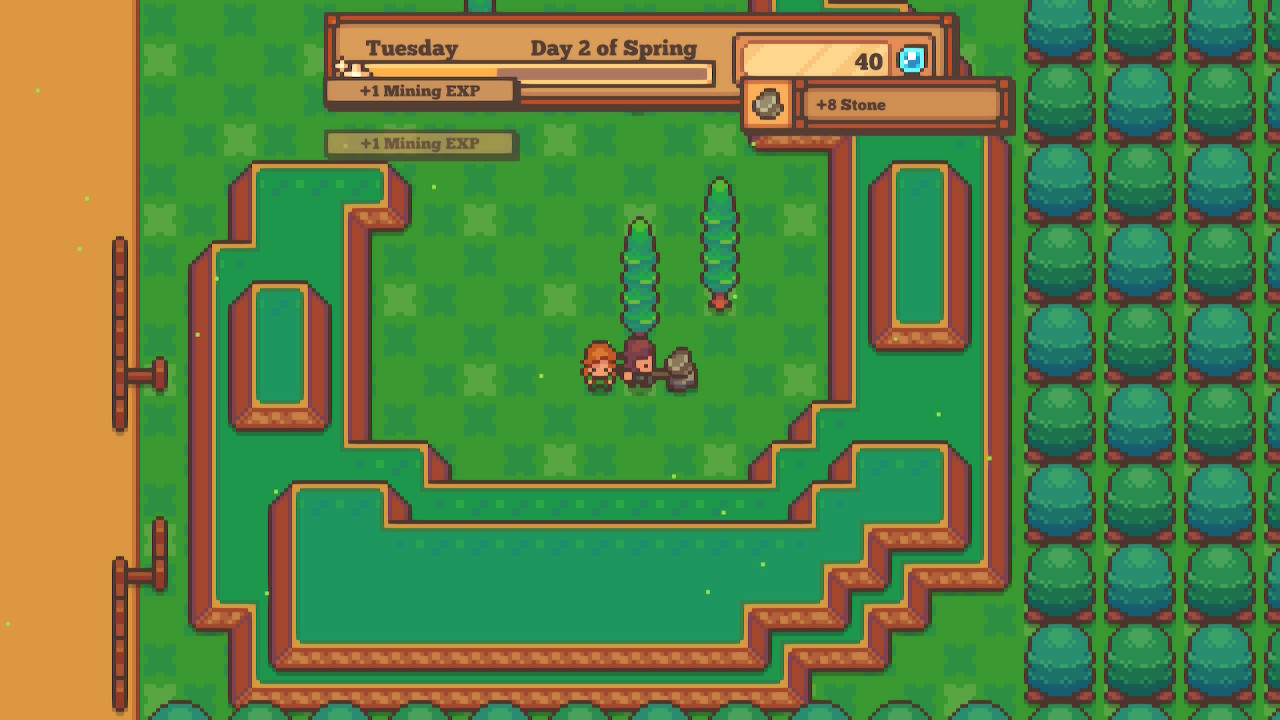 Instead of time passing, certain action you can perform in Littlewood tick away at a bar that’s always visible at the top of the screen. Walking from place to place doesn’t expend this, nor does talking to your neighbors. Only actions that have their own associated EXP pools (woodcutting, farming, cooking, etc.) will cause “time” to pass. This means you can plan your days easily: do you want to spend the day collecting wood for a crafting spree the next day? Go right ahead, nothing will stop you, not even the weather.

There aren’t any deadlines either, at least from what I’ve seen so far. Holidays come and go but they’re supplementary and don’t take up your whole day, while your neighbours remain friendly even if you forget to check in on them. 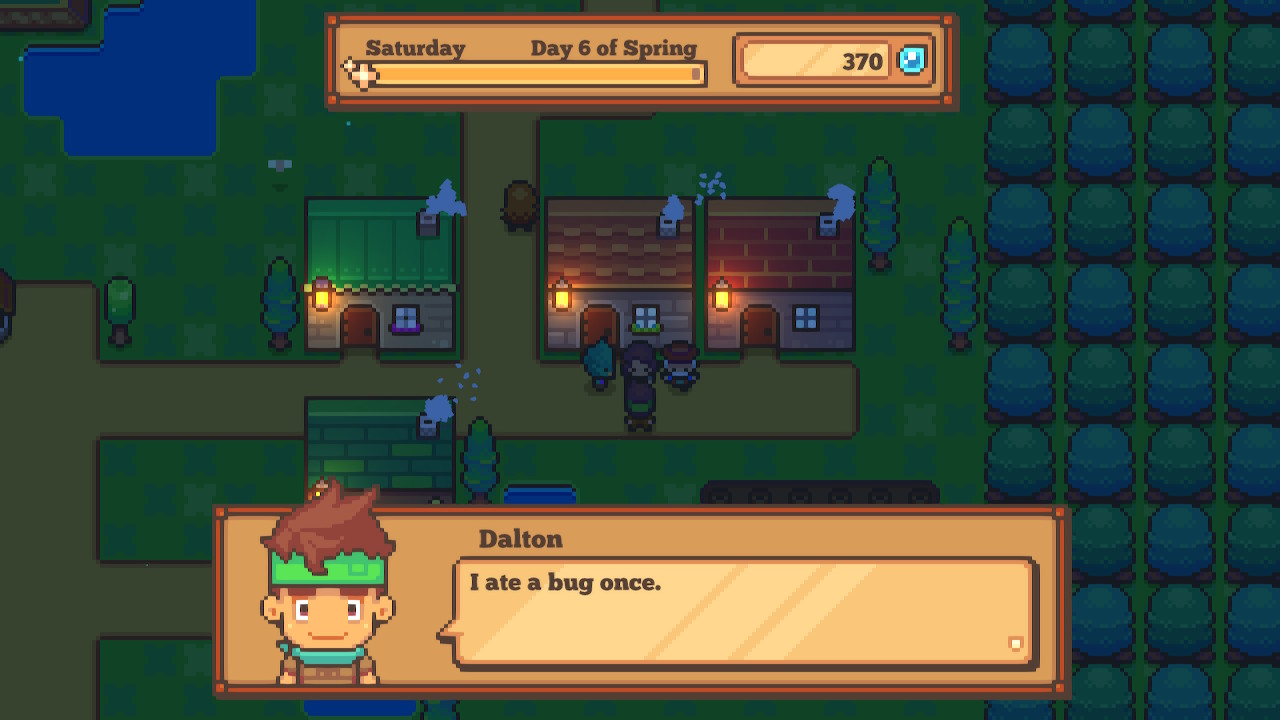 This freedom even extends to the town itself. As an amnesiac hero who saved the world, you’re tasked with rebuilding a small settlement. At first you can’t do much besides terraform the land and put down some dirt paths, but meeting and befriending new people will net you blueprints, which let you create new houses, public buildings, and decorations.

If you’ve been playing Animal Crossing: New Horizons for the past year then you might be tempted to plan ahead – after all, in that game, if you want to move a building after already placing it you have to pay a hefty fee. That’s not a concern in Littlewood, though, where you can simply grab and drop buildings as if they were puzzle pieces on a board. 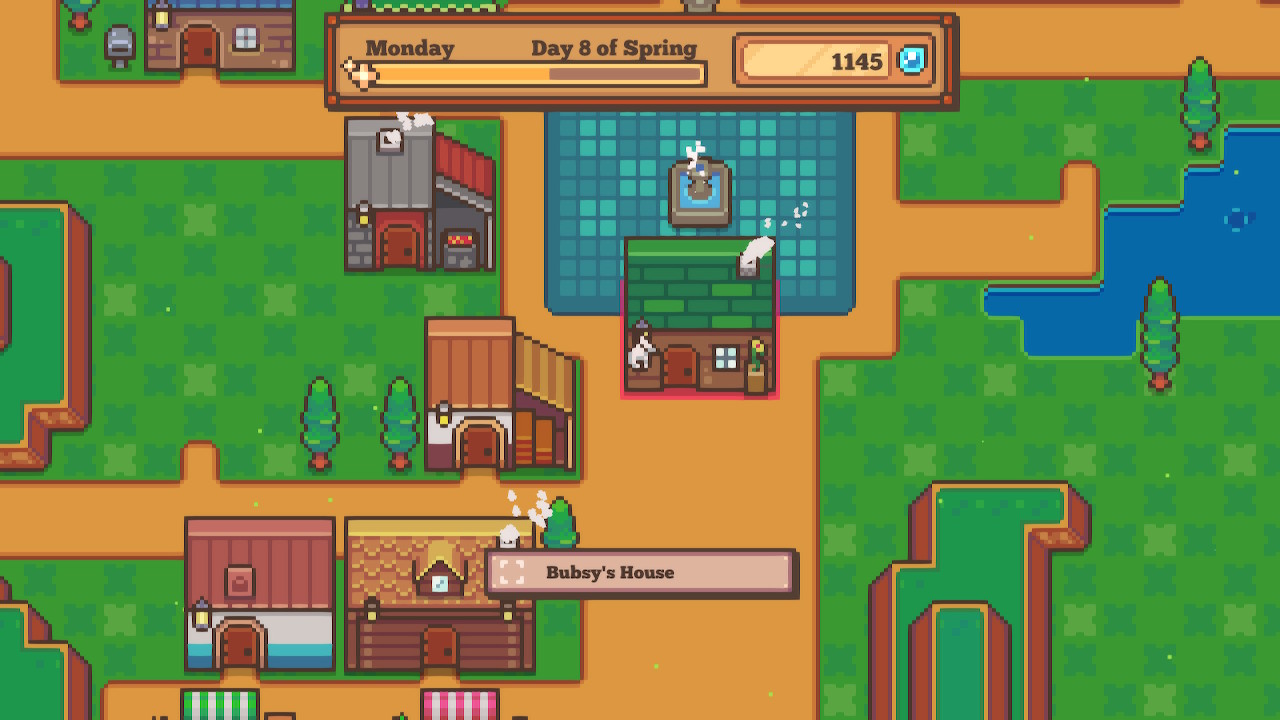 Of course it’s not a pure sandbox as you still have to head out and gather materials, but that manages to be fun in its own way. In a similar manner to Animal Crossing, you can visit exploratory areas that let you go all-out in destroying the environment with no ramifications to your pristine home town. Need a lot of lumber to craft your grumpy bird-man neighbor a new table? Take the hot air balloon to the forest for the day. Heck, go ahead and take him along with you, building up your relationship and netting you a few free dewdrops (the currency) in the process. And when you’re done, simply open the menu and select the quick-and-easy fast travel option back to your house.

There are also a number of goals to strive towards, actively and passively. Each building and visitable area can be given donations, granting you rare items and more options when it comes to crafting and buying new blueprints. Likewise there are prizes for hitting certain milestones by levelling up, such as more areas within the forest and mine opening up depending on your woodcutting and mining prowess respectively. This lends the game a solid pace, even if you’re taking things slow, with everything in the game contributing towards some sort of reward – all thanks to it literally being impossible to waste time. 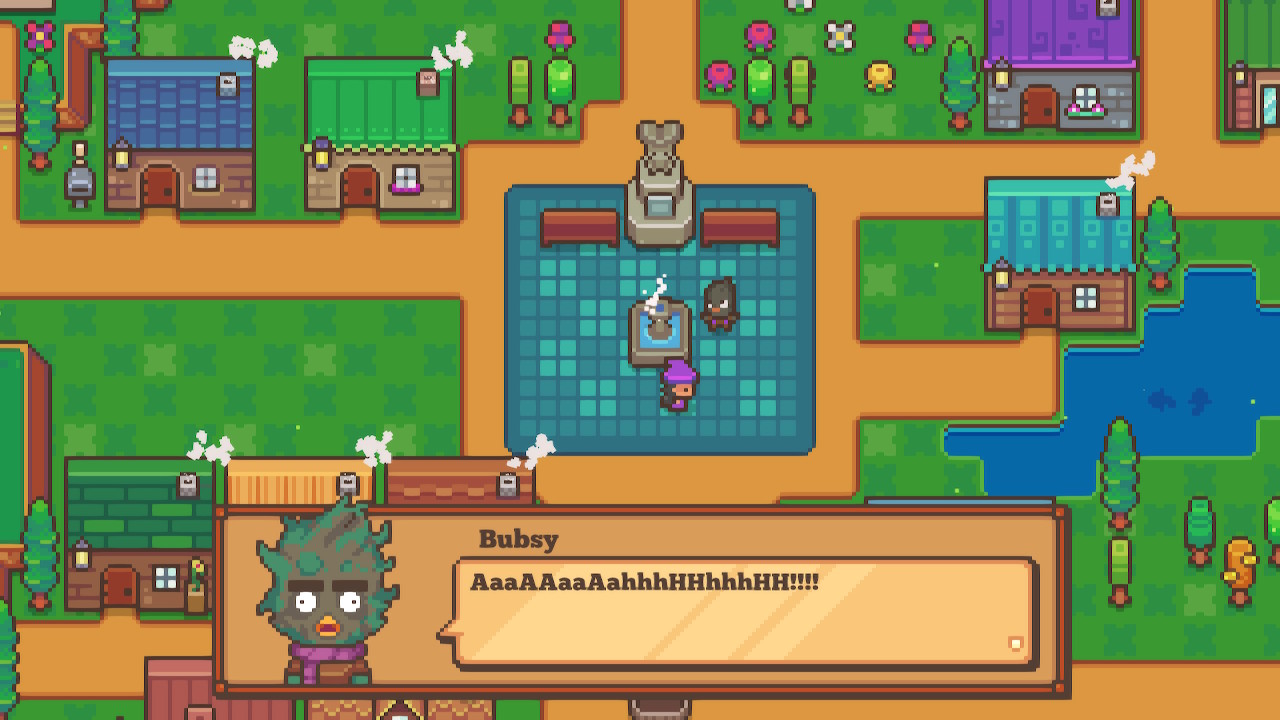 The inherent simplicity does have its drawbacks, however. Visually the game is very basic, and while that can be charming it does mean you don’t get the ability to rotate objects or customize buildings externally. Villagers also don’t do much – the writing makes them fun to talk to, and they have “event” scenes once your relationships hit certain thresholds, but they’ll typically spend the day aimlessly meandering and animating outside their homes. Indoor public spaces are typically empty as a result, and in many ways things can start to feel utilitarian if you play for a little too long in one sitting.

Ultimately, Littlewood is a life-sim that removes almost all of the tedium, giving you a vibrant world to shape your way in your own time. To some it could prove a little basic, but if you want to unwind? Maybe take a trip to its blocky green fields. You might just fall in love with the place. 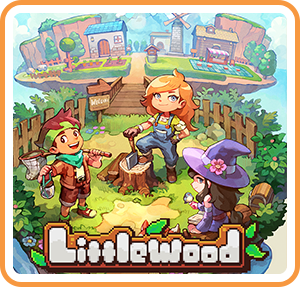