Adolescence still defines much of gaming culture. Even now as audiences grow older and older and the reach of the industry expands ever onward, the foremost image of gaming in many people’s minds is that of high schoolers playing Call of Duty or pre-teens buying Fortnite dances. This, of course, only represents a portion of the gaming populace – and a portion of teenagers in general. What about those who aren’t into guns and competition but more sensitive stories, bildungsromans that might teach them more about themselves and their place in the world?

This has always seemed to be the niche that Life Is Strange has operated in. For a series I’ve never properly played, I had quite a bit of exposure to the first few games (I guess that’s what happens when you’re a gay PNW resident), and upon the release of the franchise’s first Switch entry, I was curious to see how the experience felt in my hands proper, now that the series has switched developers and matured a few years. The result? A bit messy. 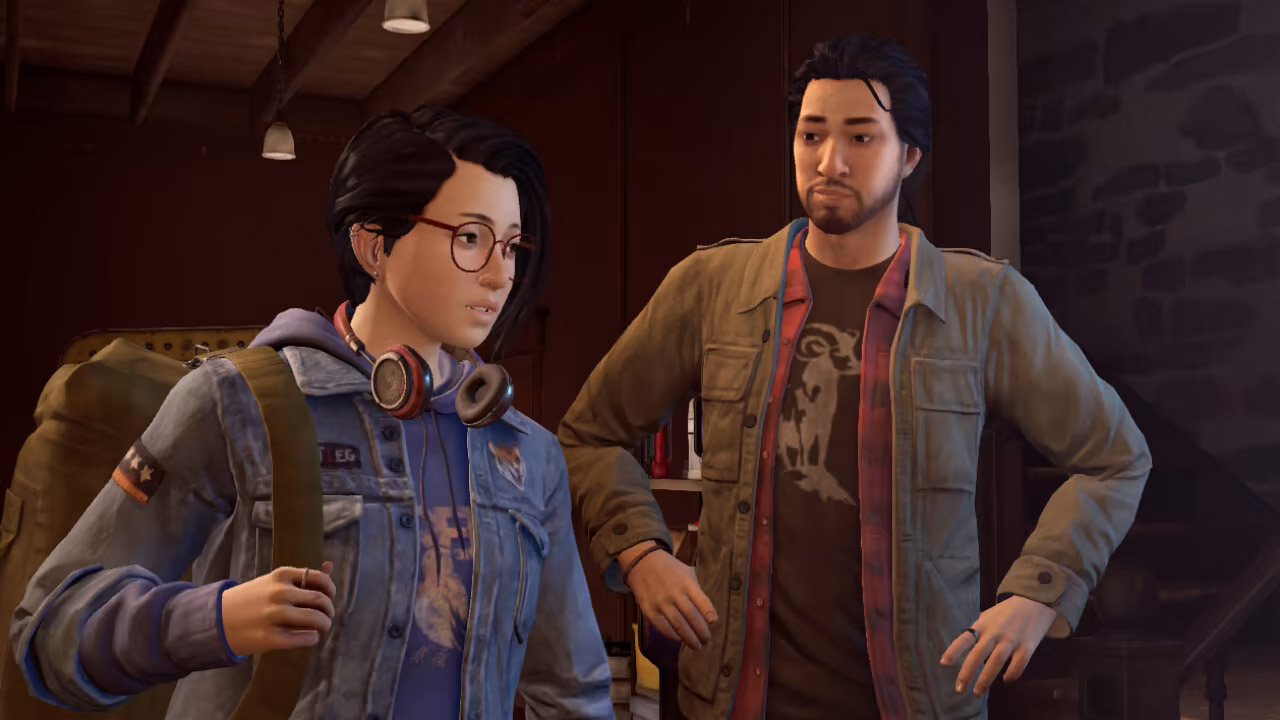 I don’t mean that entirely pejoratively. True Colors is a game drenched in good intentions and sincerity, and doing that while missing the bullseye is surely more valuable than a hack narrative executed flawlessly. The story follows Alex Chen, a early-twenties orphan finally leaving the foster care system to live with her brother in Haven Springs, Colorado. She has the unique, supernatural ability to see others’ emotions in the form of a colored aura around them, and experiences such strong empathy that she can completely understand what others are going through on a metaphysical level – which has caused her immense grief and self-loathing throughout her life. Just as she appears to be settling into Haven, however, tragedy strikes – leaving her with a newfound purpose beyond overcoming her demons.

For a story-focused game like this, it’s easy to make the criticism that the gameplay isn’t particularly innovative or involved, but I actually think the game hits all the notes it needs to. Haven is a lush, beautifully detailed place, teeming with objects for Alex to remark upon and occasionally interact with, and it paces things well enough that it never feels like a slog. Toss in a couple arcade cabinets to mess around with if you really need high-stimulation, and the game’s balance is nice – even if there is the rare segment that feels like it could’ve used maybe a little more input from the player. Not asking for it to be like a David Cage game (under no circumstances, even at gunpoint, would I ask for that), but just a few more player maneuvers would be nice. 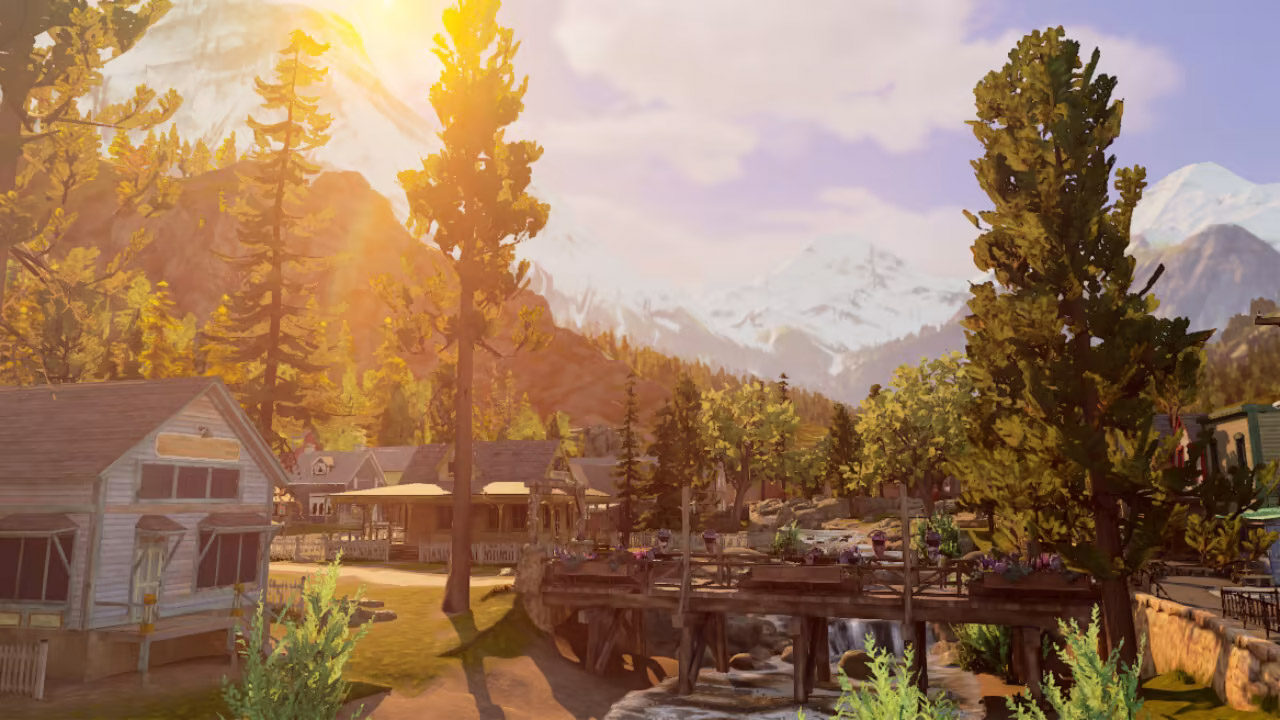 Other elements of the game round it out nicely. The aesthetic is as quintessentially LiS as ever, even if it no longer takes place on the west coast by technicality, and the music – while aggressively twee – does set the exact kind of mood it’s going for. The game’s vibrant use of color pops, especially if you’re on a Switch OLED, though there are a number of graphical hiccups for the port (mostly in the form of tons of pop-in). And, as usual, the highly variable number of choices you can make adds replay value and flavor to your own experience. True Colors gets a lot of the details right.

Which is perhaps why the convoluted broad strokes are so frustrating. Again, not every construct in True Colors’ plot is wasted: Alex herself is well-developed, displayed with both snark and sympathy in her quest to find acceptance for herself. But in general, the game reaches for so many themes, character arcs, and meanings that even that message ends up sporadic. It at once tries to be a game about the meaning of home, the kinship found with new companions, and the simmering feelings that compel us all to act. Self-hatred is at the heart of over half the game’s cast, but there are so many with such varying levels of screentime that very few of them land.

Life Is Strange has developed a reputation over the years for having a tone that can be, for lack of a better term, kind of cringe, but the game is honestly at its best when it’s hokey. My favorite segment was Chapter 3, which takes the form of an elaborate LARP with the townsfolk – it’s silly, kinda stupid, but overall warm. When it instead reaches for the dramatic, it often either is helplessly on the nose (such as an early scene where Alex, feeling lonely and out-of-place, picks up her guitar to play – what else? – Radiohead’s Creep) or strains credulity, such the early-mid game revelation that Alex has never met anybody with an aura of happiness in her life. Not once. She hadn’t encountered anybody having even a slight burst of happiness for over twenty years. Okay, sure.

Honestly, the emotional aura system is one area that feels strangely lacking, considering it’s the core mechanic. There are only four emotions any one person can perceptibly feel: anger, sadness, fear, or joy. No love, or curiosity, or courage, or anything else above kindergarten-level emotional understanding. Inside Out, a movie for literal children, had more visible emotions than this, and seemed to understand the concept of feeling multiple emotions at once, something this game fails to grasp until its literal grand climax. This leads to scenes like everybody at a funeral wake emitting joy – something that I could find plausible within the mixed cocktail of emotional grief upon remembering someone’s life, but not as a singular overwhelming emotion defining how a group of pallbearers are feeling. Sometimes Alex will super-empathize with somebody to understand the cause of their emotional turmoil, which will twist the environment to reflect the strength of their feelings, but even this cool concept is inconsistent and often halfhearted. Other adventure games like AI: The Somnium Files have provided much more thorough and fascinating portrayals of others’ psyches. As it stands, the mechanic isn’t terrible, but fails to meet its own massive potential.

That might be okay, if True Colors rose to the promise of all “choices matter” narrative games and actually offered a resolution impacted by all the little decisions you’d made the past ten hours, but… well, the climax does shift in certain ways depending on how certain people in town feel about you, but it doesn’t change the actual resolution of the conflict in a meaningful way, which is all done in the moment. The game’s final, binary choice – the only one that actually changes the ending in a meaningful way – feels weightless. It’s one thing to make a choice where the answer is painfully obvious; it’s another entirely to make one I feel like I could’ve decided via coin toss. 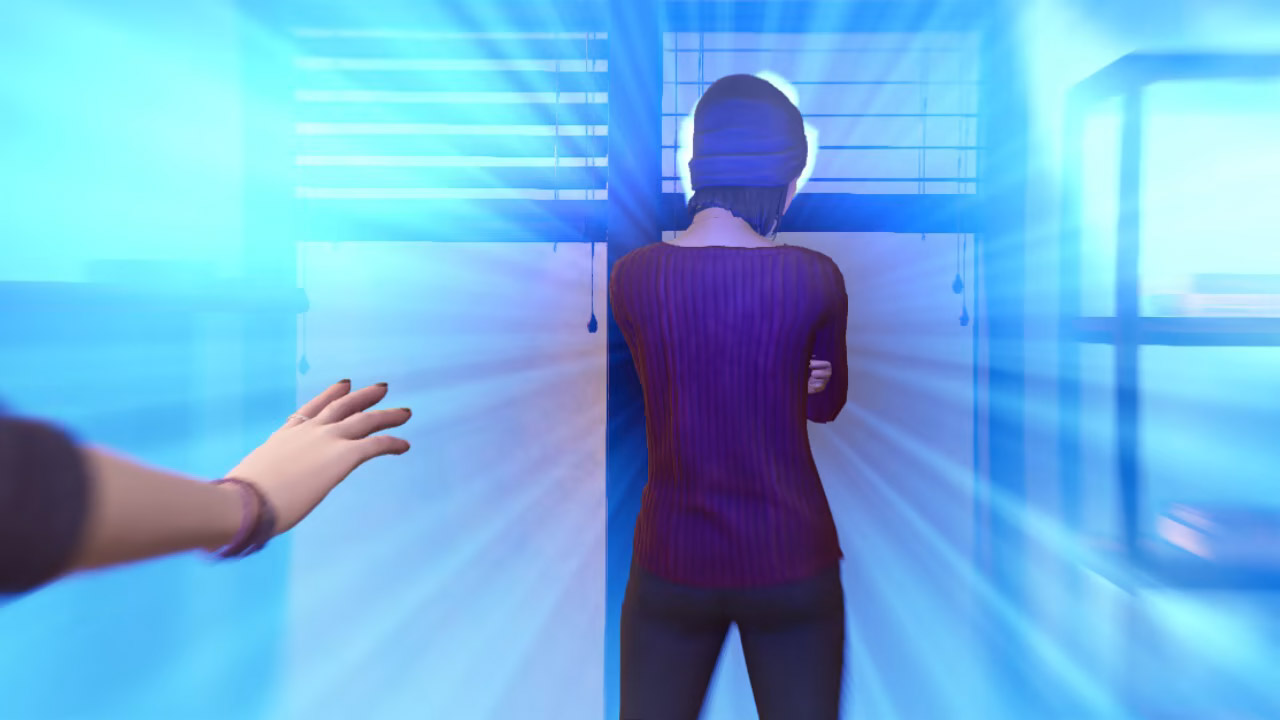 The game, by technicality, has six endings, but it’s really two endings with the extra wrinkle depending on who you romance during the game. You can either end up solo, dating local handsome park ranger Ryan, or with alt-chick radio DJ Steph. I went for Steph, as a lesbian myself, but in all honesty I found the romance incredibly boring. While I want to give the game brownie points for including a wlw romantic interest, the romance is so tertiary to the actual plot – and Steph feels so much like a collection of traits on a character sheet – I just couldn’t care. There’s prequel DLC starring her, and her transgender ex-girlfriend from Seattle (hey, I resemble that!), but I don’t feel any urge to look into it. Ryan didn’t strike me like his romance would be that much better, though it would make part of the final conflict more dramatic, at least.

And the climax is nothing if not dramatic, I have to give it that. While the intense monologuing and heart-pouring is enough to capture the attention, maybe even the heart, of the listener, it’s backed by plot contrivances and holes incredulous enough that a soap opera would find them gauche. The game’s fifth chapter attempts to finally funnel its disparate plot points and themes into stunning revelations of both body and soul, but it somehow ends up both ludicrous and mundane at the same time. The attempt at profundity is appreciated, but is lacking.

Maybe that’s the most adolescent thing of all, for this very adolescent of franchises. Life Is Strange: True Colors tries to tell a mature story, one of grieving and self-loathing, how it transforms our lives and others, how we come not to find relationships but build them with those around us. But for all of these themes, it scarcely succeeds at capturing any one of them. It can be compelling, captivating, and charming at one moment and forcefully maudlin at others. It tries to capture the full rainbow spectrum of human emotions, every last hue and shade that makes up the complexities of ourselves. But it only has four colors. 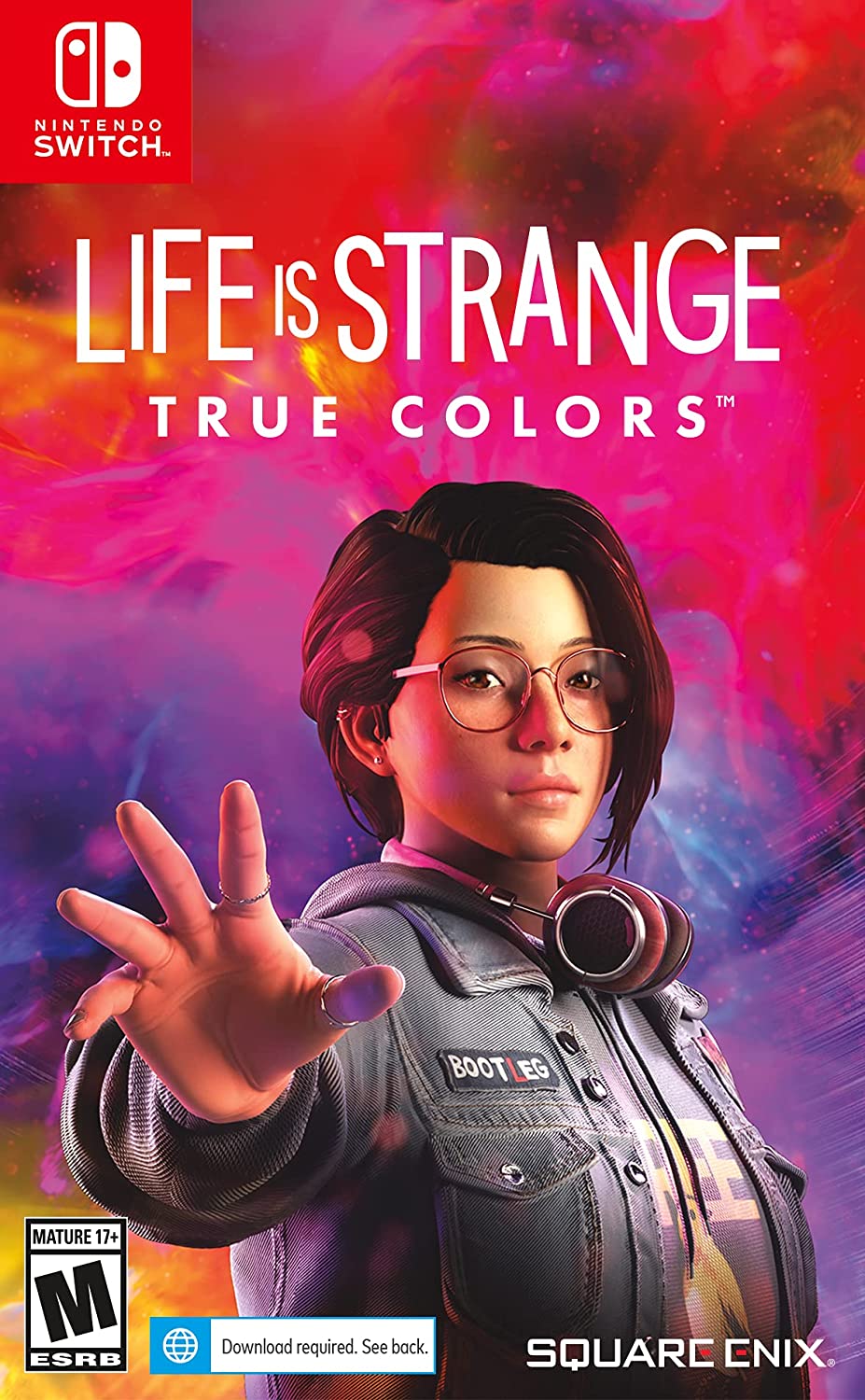