As a digital idol, it only makes sense that Hatsune Miku has had her fair share of rhythm video games over the years — just over 10 years, to be exact. Miku’s Project DIVA series has been lighting up arcades across Japan since July 2009, and to belatedly celebrate its 10th anniversary, the cyan-haired Vocaloid has finally hit the Nintendo Switch with Hatsune Miku: Project DIVA Mega Mix (or Mega39’s, as the game is known in Japan).

With just over 100 songs (around 90 are pulled from previous titles alongside 10 brand-new additions), the game seeks to be a celebration of all things Miku — but does the party go off with a bang, or fizzle out awkwardly?

The Intense Voice of Hatsune Miku

If you’re unaware, Hatsune Miku is a Vocaloid; a synthesized singer. Aspiring artists can use her voice in lieu of real-world vocals, and over the years Crypton Future Media – a co-developer of the games – has produced many different Vocaloids, which also appear in the games, albeit with fewer songs than Miku herself.

While you might assume this means the games are filled with nothing but technobeats and warbling electronic voices, there’s actually a wide variety of genres to choose from, whether it be the melancholic chiptunes of “*Hello, Planet” or the slow string instrument stylings of “Sakura no Ame”. 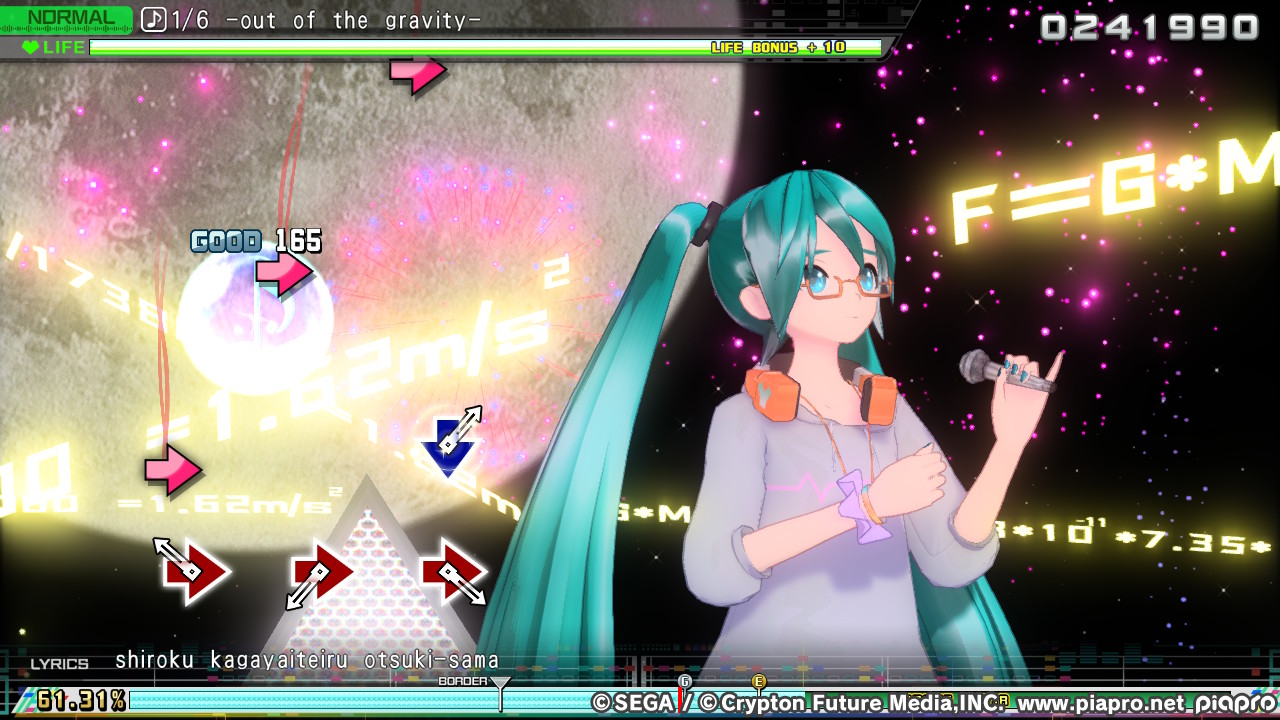 Of course, you may still find you have an aversion to the style of music on offer, so it’s definitely worth checking out a few Vocaloid tracks before buying into the experience. If you’re into it, though, you’ll find yourself coming back to personal favorites time and time again.

The gameplay in Project DIVA is pretty standard fare for button-based rhythm games. You wait for symbols to line up, and push that corresponding button when they do. Occasionally you’ll have to flick the analog stick left or right (or hit the L or R button), and when the game is feeling particularly spicy it’ll throw some button combinations and “HOLD” prompts. 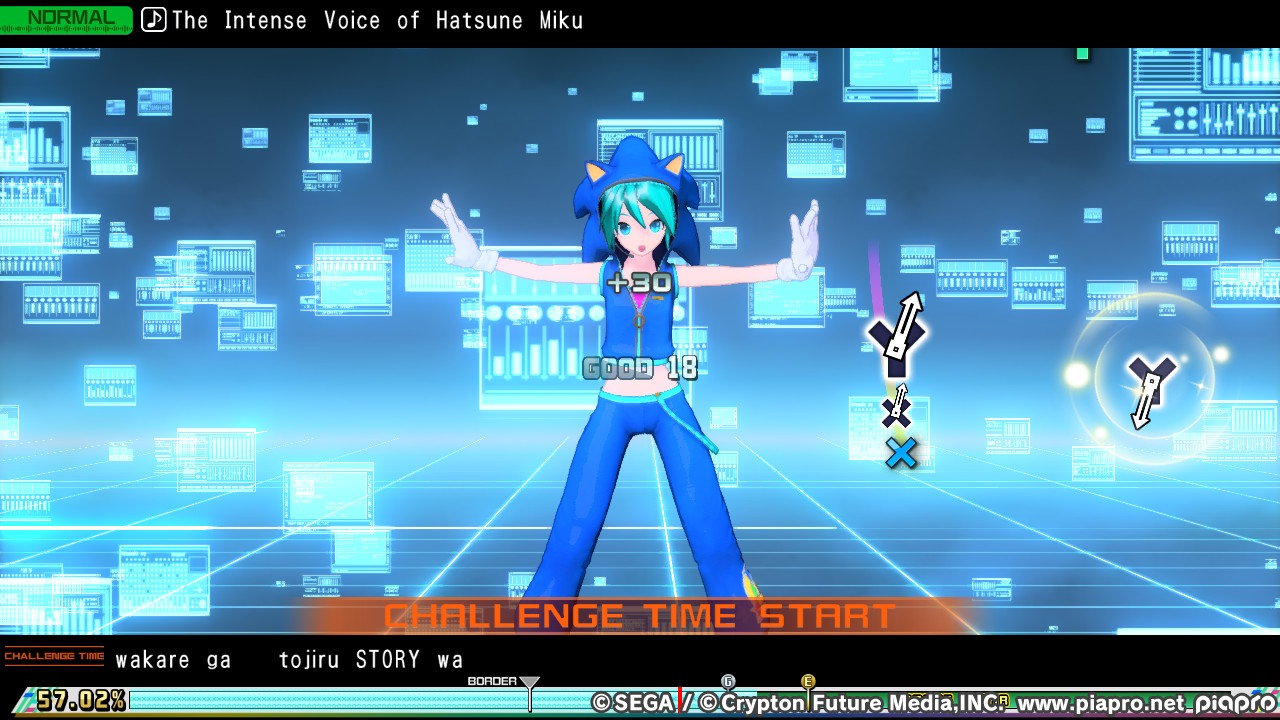 If you want to change things up there are also motion controls which rely on both Switch Joy-Con. By moving the controllers, you line up a bar with incoming prompts and hit the L and R buttons in time with the beat. While an interesting novelty, it’s not exactly the most intuitive or comfortable way to play a rhythm game, so hardcore fans will likely stick to the more precise Arcade Mode.

Both game modes can get visually busy, especially with the intricate music videos playing in the background, but Mega Mix is a game that wants you to replay tracks over and over again to memorize their patterns, besting your high scores and collecting currency to spend on more outfits, or “modules” as they’re called in-game. These are typically themed to specific music videos, but there are also various outfits and accessories based on Sega properties like Sonic, Puyo Puyo, and Valkyria Chronicles. 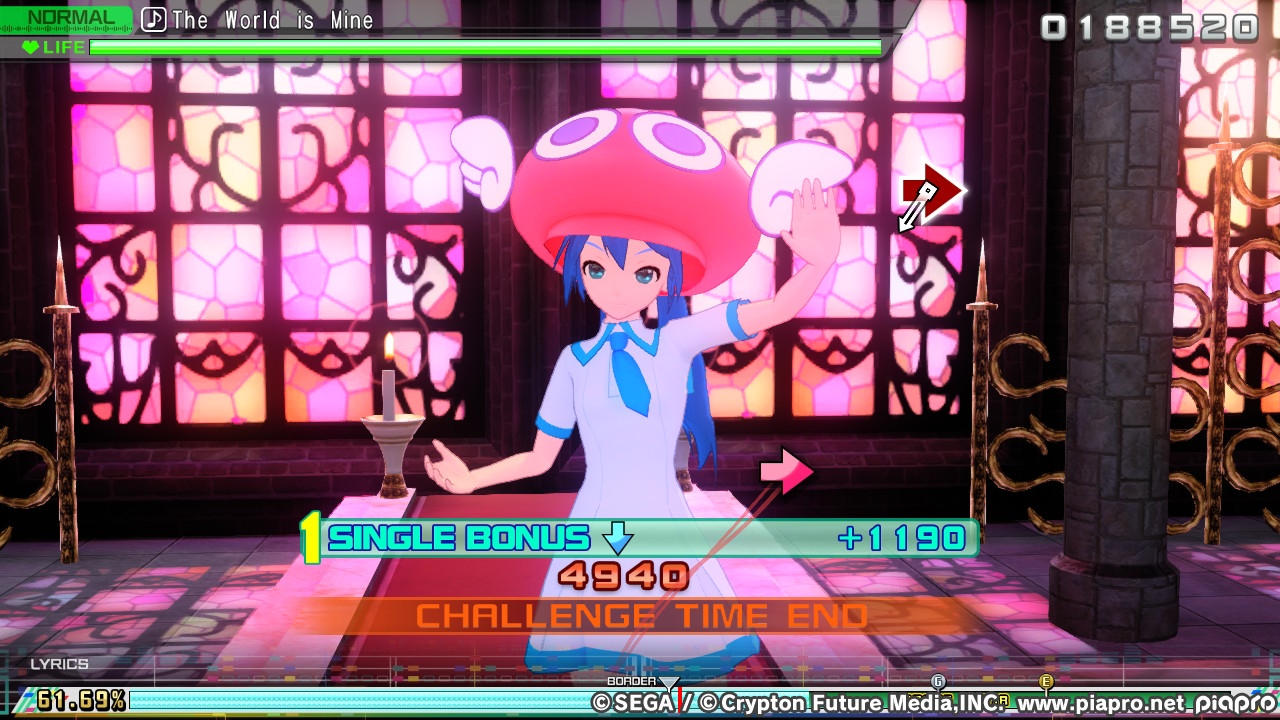 Unlocking these customization options is one of the few ways the game offers a sense of progression – unlike earlier entries, where you could spend time interacting with the characters between playing songs, Mega Mix is all about the music. Given the sheer amount of music and modules on offer, however, it’s hard to say the game is lacking for content, plus you’re encouraged to tackle the harder difficulties to unlock even more Extreme versions of songs to test yourself with.

The last game feature exclusive to Mega Mix is T-shirt customization. This is even more of a novelty than the motion controls, but with enough patience you can probably create some cool looking tops for Miku & co. to wear. Not me, though. I just made this work of art…

Visually, Mega Mix takes a different approach compared to previous Project DIVA games, giving the characters a cel-shaded appearance. This works great with the Switch in particular, helping obscure some of the lower-level details while also popping vibrantly on the portable screen.

The music videos also hold up well on the system, showcasing some elaborate set-pieces filled with life, even if it can make things a bit noisy. They won’t be as polished as the higher resolution PS4 and arcade versions on the big screen, but portably you might not even notice the imperfections. You will have to contend with some lengthy load times for some songs, however, especially those with multiple singers. 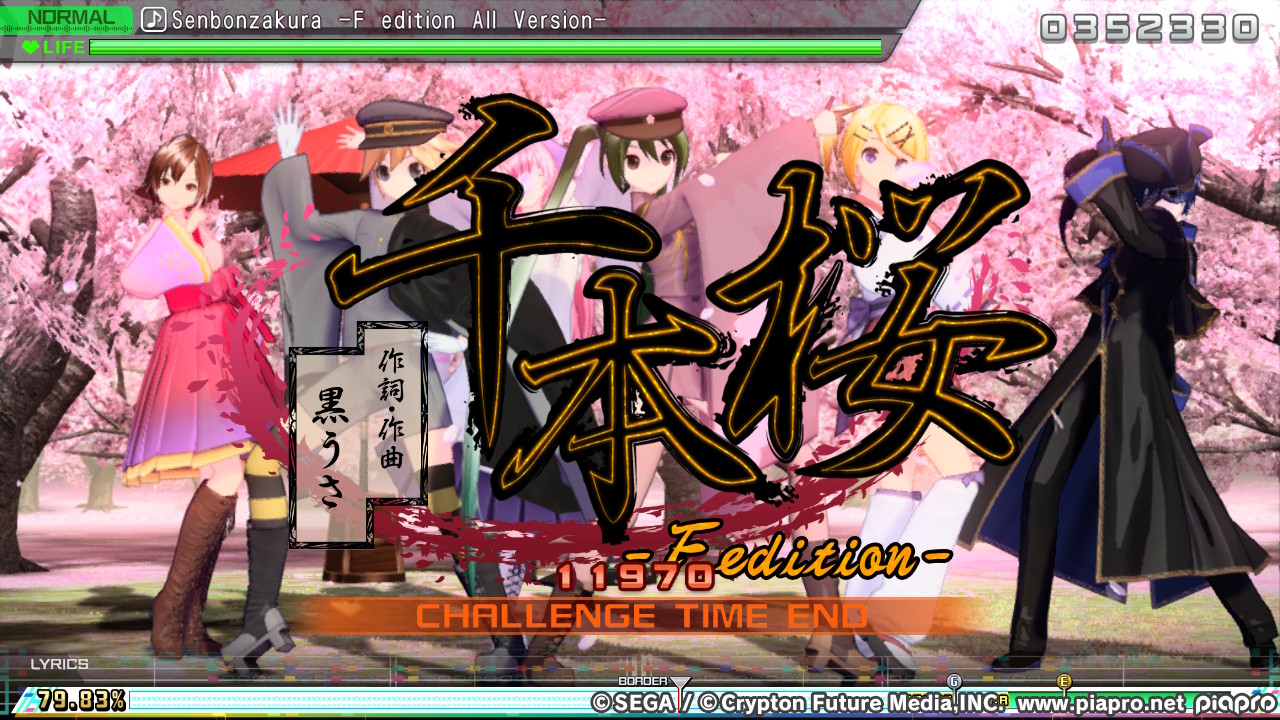 There is one aspect which can’t be ignored when comparing Mega Mix to prior Project DIVA games – the tracklist. While the 101 strong selection is mighty impressive, the prior PS4 release Future Tone now has over 220 songs which, while split into packs, could work out cheaper than Mega Mix depending on whether or not there’s a sale going on. What it comes down to is how much you value the portability, which graphical style you prefer, and if you want access to the new tracks before they head to Future Tone as DLC.

Personally, I think rhythm games are best suited to portable systems, with their pick-up-and-play nature going hand in hand with bite-sized gameplay. Mega Mix is a game I can see myself coming back to time and time again, and it’s bursting with enough content that I’m sure to have some fun with Miku for years to come. 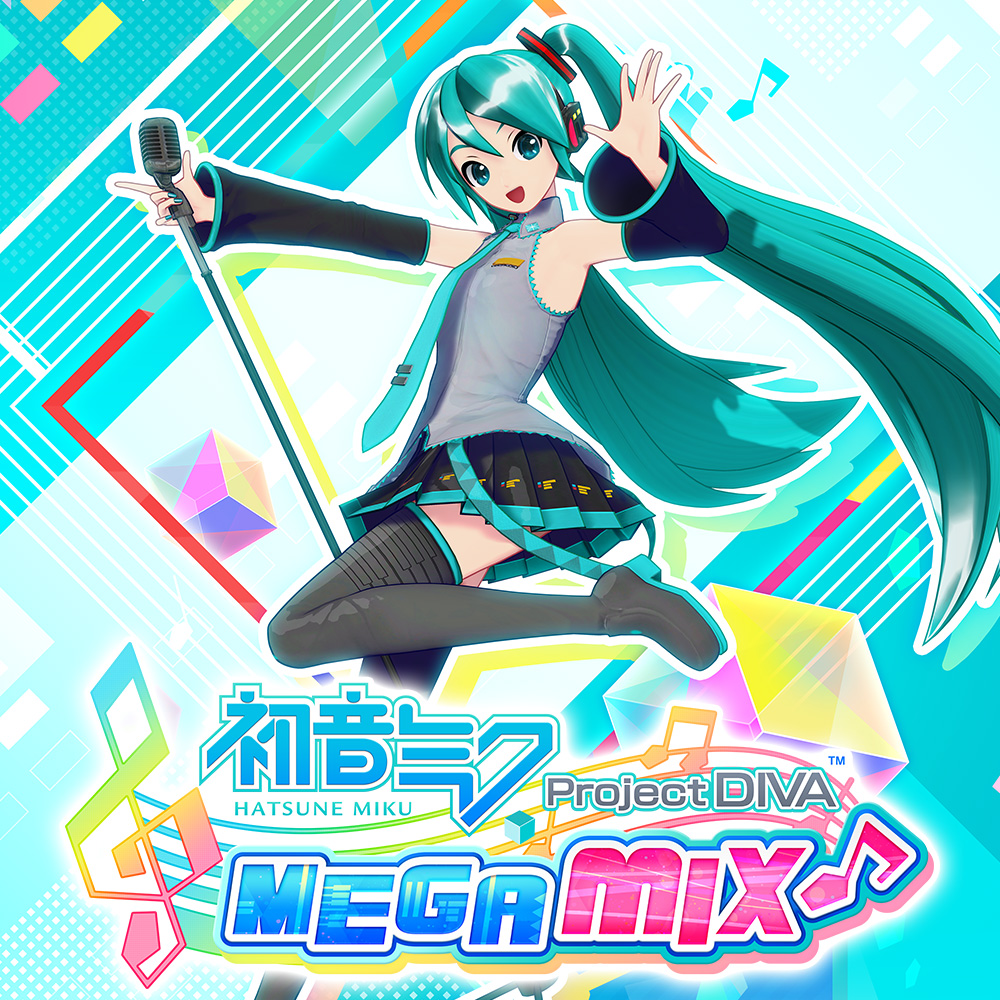