In almost every genre, the most innovative and charming games come from indie developers. RPGs, metroidvanias, and basically everything that isn’t a AAA cinematic action adventure rpg crafting extravaganza is pushed forward by titles from smaller teams – except, perhaps, the humble farming/town simulator. The number of games trying to be Stardew Valley, Animal Crossing, or both is absolutely staggering, only slightly differentiated by what pastel palette they decide to use for their “cozy and wholesome” vibe. There are creative indie works in the genre still, of course – but the most refreshing twist on it in some time has come from a not-indie source. 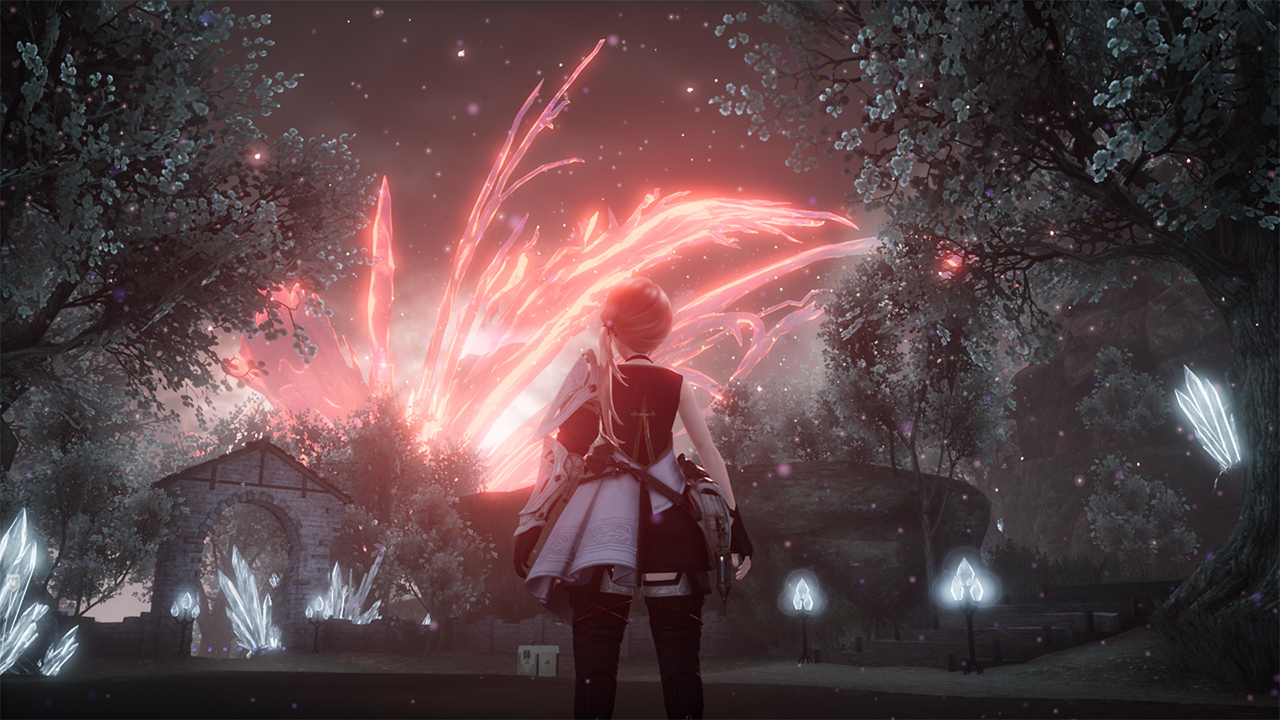 Harvestella, from Live Wire and Square Enix, appears a blush to be the company’s riff on Marvelous’ Rune Factory – a hybrid farming simulator and RPG where you can tend the land and bash baddies in equal accord. But whereas Rune Factory seeks a laid-back balance where any action is secondary to living out a cozy farming life, Harvestella flips the ratio on its head, crafting a grandiose RPG adventure and complex narrative where you just happen to farm as you go. And the result, while flawed, is deeply entrancing.

You are a mysterious amnesiac (what else is new) waking up in a world that experiences “Quietus” – a fifth season where particles of death sift through the skies. After you’re tended to by the local doctor, a meteor suddenly crashes down from the heavens: containing a mysterious girl who appears to be from another time. Given a farm to help as you recover, you soon set off to investigate the disturbances of the Seaslights – massive crystalline structures which appear to command the seasons themselves. 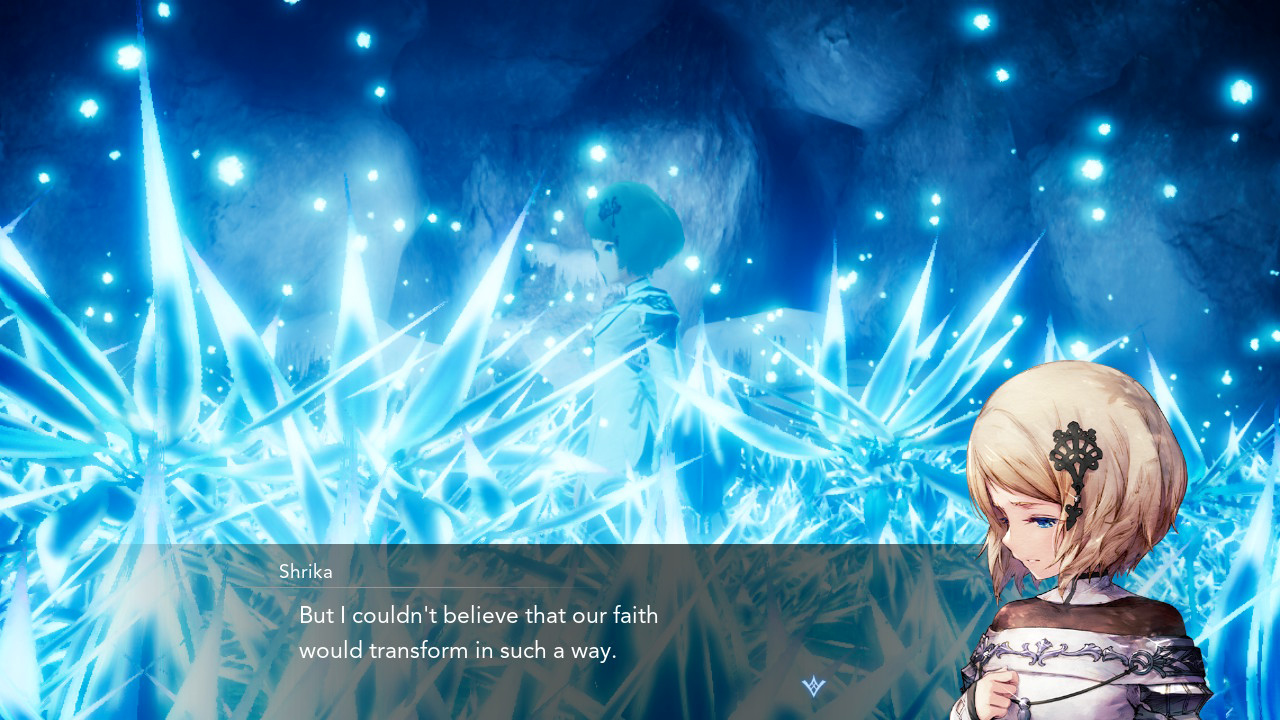 Sound like a mouthful? Harvestella’s complexity and worldbuilding doesn’t let up, delving into a number of science fiction and even philosophical concepts as it unpacks a sprawling epic. Some will be put off by the technobabble and tangled plot threads (with dialogue that tends to drone on just a few textboxes longer than it needs to) but invest yourself in the narrative and you’ll find a classic tale of humanity and heart bolstered by pointed discussion of religion, morality, and memory. While akin to Final Fantasy in style and scale, Harvestella strays closer to fellow Square Enix property NieR in terms of themes and setting, providing a story that may not set a high bar but proves much more engrossing than I could have ever expected.

And a significant factor in that appeal is the characters. Harvestella is less character-focused than nearly all of its farming-sim brethren, instead being much more concerned with plot (and, in retro RPG fashion, only a small chunk of party members manage to feel relevant the entire game), but the individual, almost Persona-style character stories you experience really enrich them. From Istina the ex-assassin looking to start over at an orphanage to Shrika the missionary’s struggle to sort out her beliefs, the vast majority have something of value (though you couldn’t pay me to care about Asyl). Not to mention all their designs are excellent. Each one hits. 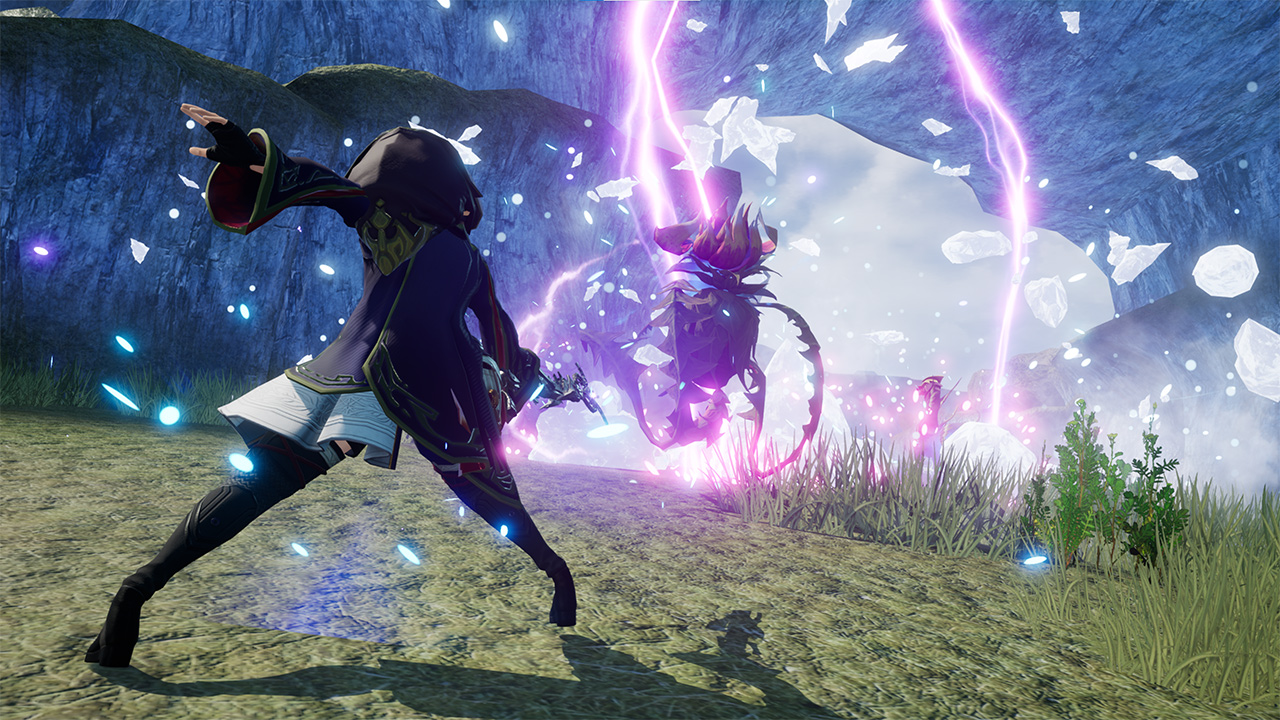 I must extend special praise to the game’s co-star, Aria. Sassy, determined, and deceptively complex, there was absolutely no better choice of character to put at the center of the narrative. She legitimately got me emotional to the point of tearing up multiple times. Having her as an emotional throughline makes the whole thing work. Not to mention she’s a scientist who punches things. Hell yeah.

Where the game’s writing does falter is in sidequests (specifically those not revolving around party members). They’re not all stinkers by any means – some, like a confessional priest running around to help people and two ex-lovers attempting to awkwardly reconnect, offer sympathetic characters or at least an interesting moment or two. But there’s also a significant number that are forgettable or cliche, going in one ear and out the other just so you can get rewards. It doesn’t help that the objectives for most quests tend to be pretty dull – going around and talking to people, or fighting the occasional monsters for items. Basically none of them involve objectives revolving around farming.

In fact, very little of the game seems to. Don’t get me wrong, it’s a core mechanic, but the way in which you run your farm, the incentive to grow and develop it is… in some ways very lacking. The amount of money you get for shipping crops is often scarcely more than the cost of seeds in most circumstances, unless you can process them into certain products or cook them. Quests give quite a bit of money in comparison, and the price disparity between cash crops and more “practical” plants is notable. Farming itself is simpler than most games in the genre (there’s no need to refill a watering pot in a well) but with a very set time limit each day (6 a.m. to midnight, no early morning jaunting), you’ll sometimes wonder what farm development is even worth. 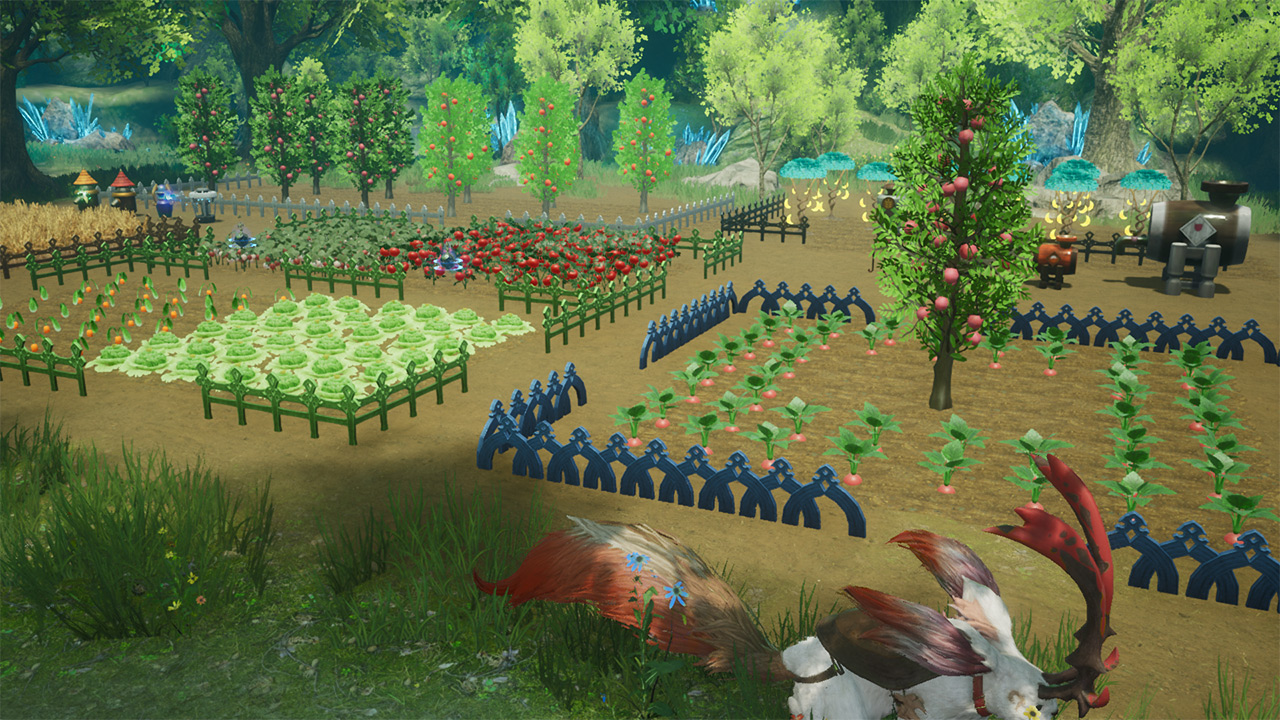 And to the game’s credit, you do eventually realize why it’s so important. Let me explain. Combat in Harvestella is somewhat unusual – a pretty basic action-rpg in terms of controls, with lots of classes and also elemental weaknesses, a tiny bit clunky. All of that is pretty cool, pretty standard. What is less so is the lack of defensive options. You can’t block anything, nor can you really dodge except for the heavily telegraphed AOE attacks. In fact, not even every class can dash. As a result, you’ll facetank pretty much all attacks, especially if you’re using melee classes.This means you’ll run out of health quickly… unless you’ve farmed enough resources (and properly processed them) to get healing items to push through. When it all clicks in one grand loop, it gels much better than appearances would suggest.

In a weird way, the game really is about cooking more than farming (though you need to do the latter to do the former). Certain dishes can be exchanged in the various towns for money and more recipes, and meals are basically the only way you’ll be able to do anything beyond basic farmwork each day thanks to the stamina/hunger system. Not to mention that once a day you can eat meals at save points and initiate little skits with party members, one of the few sources of party interaction – a shame, considering the ones that are in here are quite endearing. It all leads to making you want to cook many different kinds of dishes for multiple reasons – thereby making you want to grow all the crops you can. 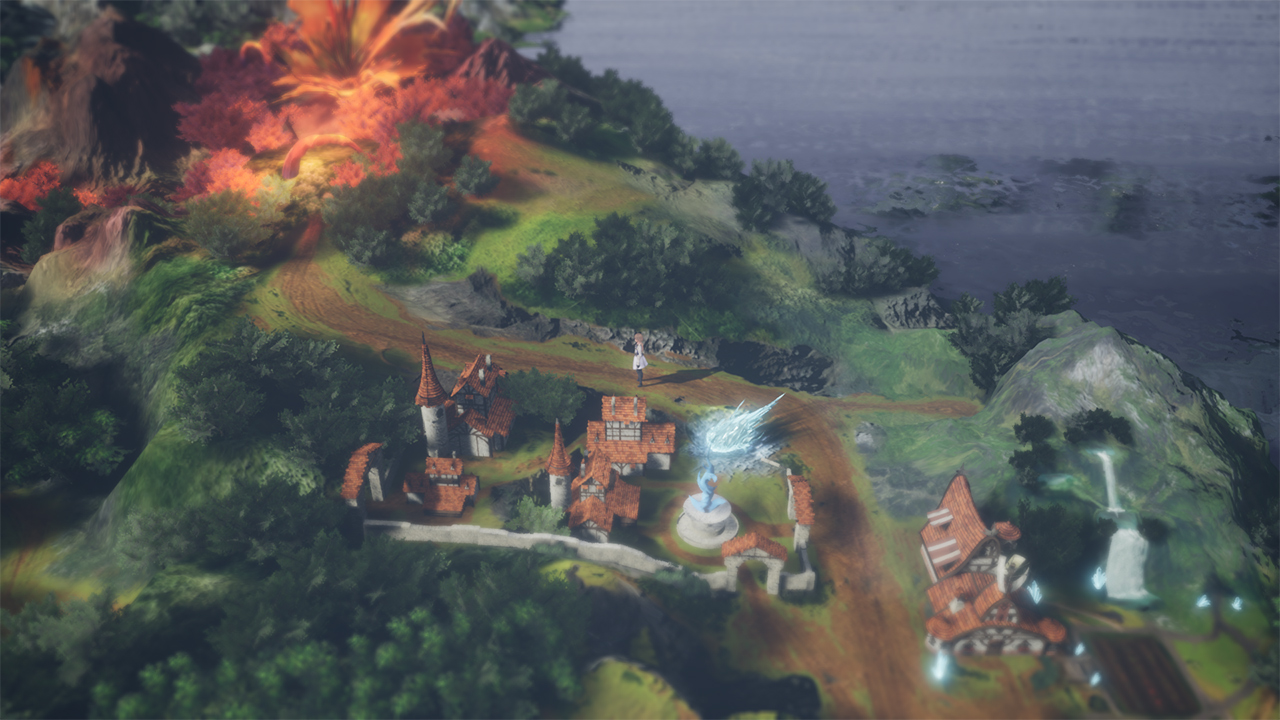 As mentioned, the game is far from perfect. Besides the sidequests and lack of party cohesion, there’s also not much in terms of customization – you can put up little fences around parts of your farm if you wish, but there’s no way to spruce up your home or do much else to beautify things. Character customization is also relatively sparse, with only one “male” and one “female” model just with different skin/hair tones. But Harvestella also has a leg up on 99% of other RPGs in existence. See those quote marks around “male” and “female”? Which look you choose isn’t tied to the gender you pick. And what’s more, you have the option of being non-binary. This is all really about pronouns that characters refer to you with, but it’s all very nice and hopefully a step in more games having these kinds of options.

Speaking of the LGBTs, the game doesn’t discriminate in its romantic options, either – though honestly the presence of the system feels almost like an afterthought. Romancing your fav is a staple in farming sims, and Harvestella gives you the opportunity to pick one character as a life partner (the exact terminology used) after you beat the game. Getting someone to be your partner is actually incredibly simple, done in a handful of cutscenes and not by a monotonous cyclical process of handing them their favorite vegetable each day (yes Beatrice, I know you love the strawberry I gave you, because I’ve given you one every day for the past two months). At the same time, the lack of frills makes it less meaningful. But you know what, I still got to be gay, so we’re calling this a huge W. 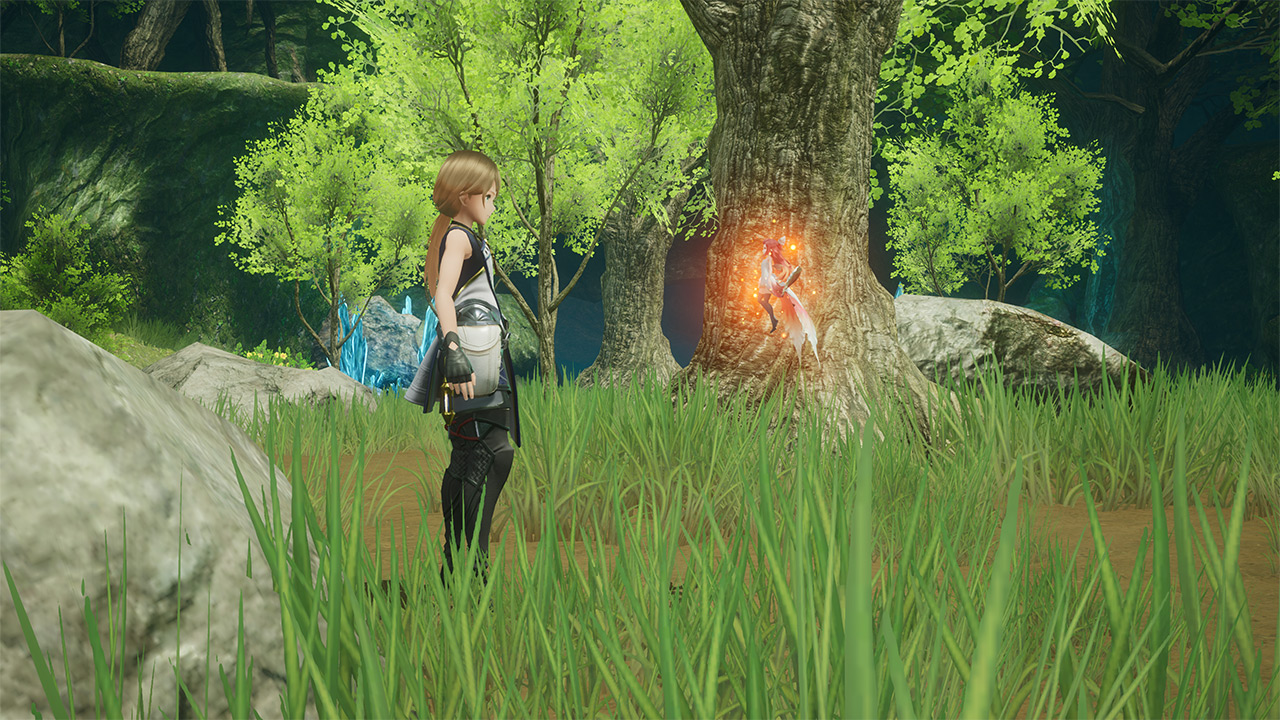 I can’t let the review end without a brief note on the visual and audio appeal – while the environments aren’t quite as striking as the character designs, they still manage to be memorable with vivid colors and intricate locales. And the soundtrack is mesmerizing – veteran Go Shiina really lends his weight with this one, able to provide the dramatic, the mystical, and the quiet in equal accord. The game can overuse the occasional track in cutscenes, but it’s a small quibble for a fantastic score.

Harvestella is far from a home run. The sidequests feel like busy work, I wish the great cast talked to each other more, and as much as the systems can gel in ingenious ways, it can also just lead to a weird gameplay loop at times. It feels more like a nifty experiment than a wholly realized concept at times. But don’t think for a second it’s incomplete. Harvestella is a breath of fresh air, offering its own balance between grandiose ideas and rustic simplicity. A bit of fine tuning could have made it undeniably incredible, but its charm shines beyond whatever little clumps of dirt mar its surface. It may not be my favorite game of the year, but it might just be the most pleasantly surprising. And I hope that now that the seeds of great ideas are sewn, they can be nurtured and bloom in full. 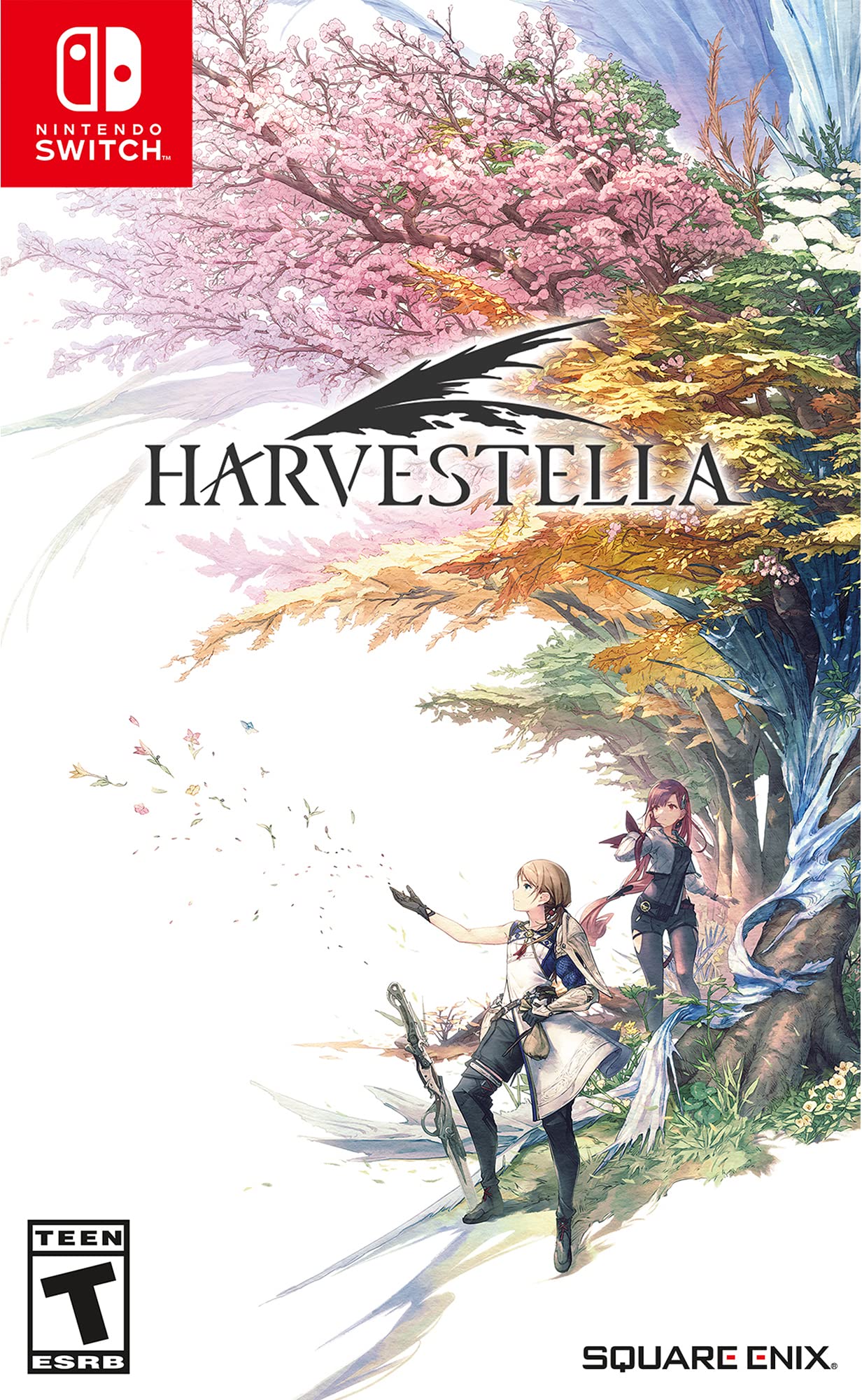