I’m always excited to tune into an Indie World Showcase to check out the latest indie offerings on Nintendo Switch. The most recent showcase was home to a few things that caught my eye – Sea of Stars stood out, and Olli Olli World and Loco Motive look great. Some of my favorite things to come out of the showcases though, are games that end up being surprise dropped alongside the event. Dungeon Munchies was the first title of the recent Indie World to get the “coming today” treatment, and seeing the eye-catching pixel art of the trailer, I knew I needed to get my hands on it. What followed was a quirky game chock-full of that engaging pixel art and entertaining characters, but the gameplay wasn’t quite enough to satisfy my appetite.

Arise and Be Hungry

Dungeon Munchies has you playing as a newly-resurrected zombie tasked with exploring an underground facility at the behest of Simmer, the necromancer-chef responsible for raising you from the dead. To help you with your exploration, Simmer happily teaches you to cook meals using the leftover parts of your enemies. Each meal you make offers a new or enhanced ability when you eat it, such as extra movement speed, sword combos, or bonus damage. It’s up to you to decide which meals will help you most, but with a limit of seven meals in your zombie’s stomach, you need to be smart about it. 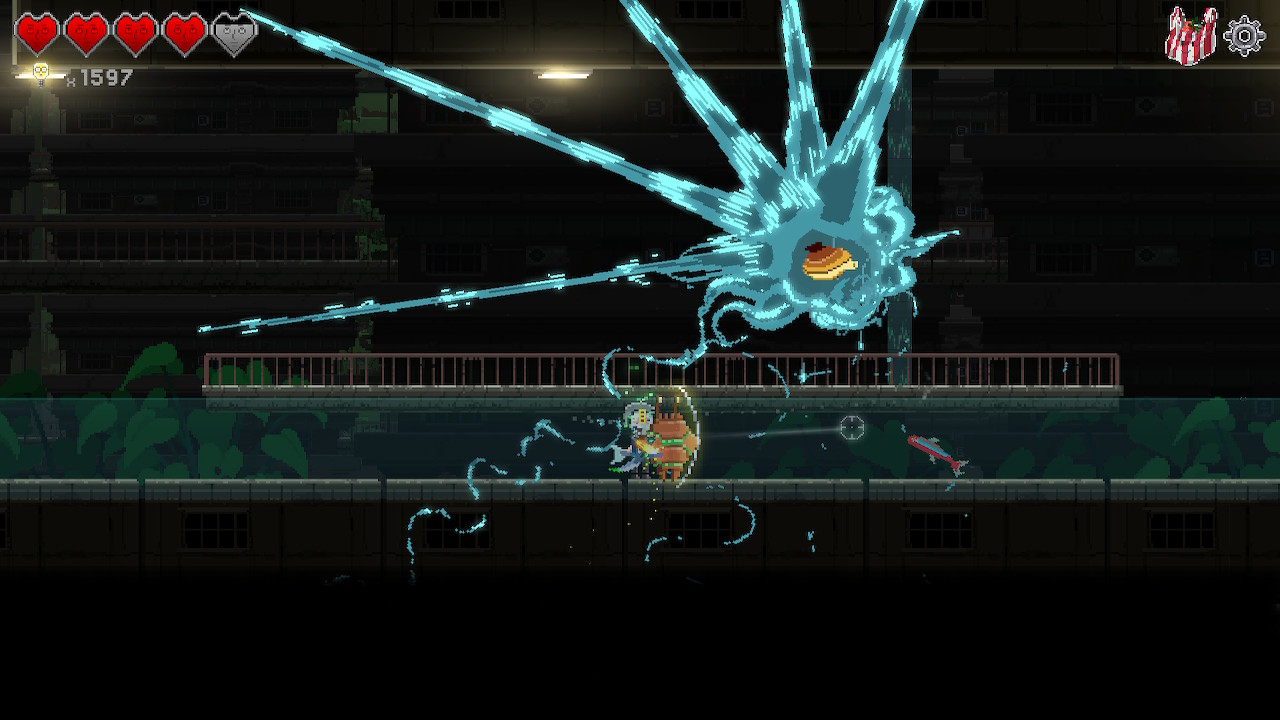 Monster parts can also be used to craft new weapons of several different types: swords, axes, wands, shields, and more. These weapons all play a bit differently but you’ll find that most weapons of the same type are essentially identical, albeit with different amounts of damage or secondary effects.

Speaking of weapons, the combat in Dungeon Munchies feels very all over the place. One minute, I’m breezing past enemies like they don’t exist, and then the very next there’s a boss fight where the difficulty comes down to getting some hits in before the screen fills with projectiles that will end up killing you. After a few tries you can start to find patterns among the projectiles but even then it can be hit or miss as far as if you can take the boss down. 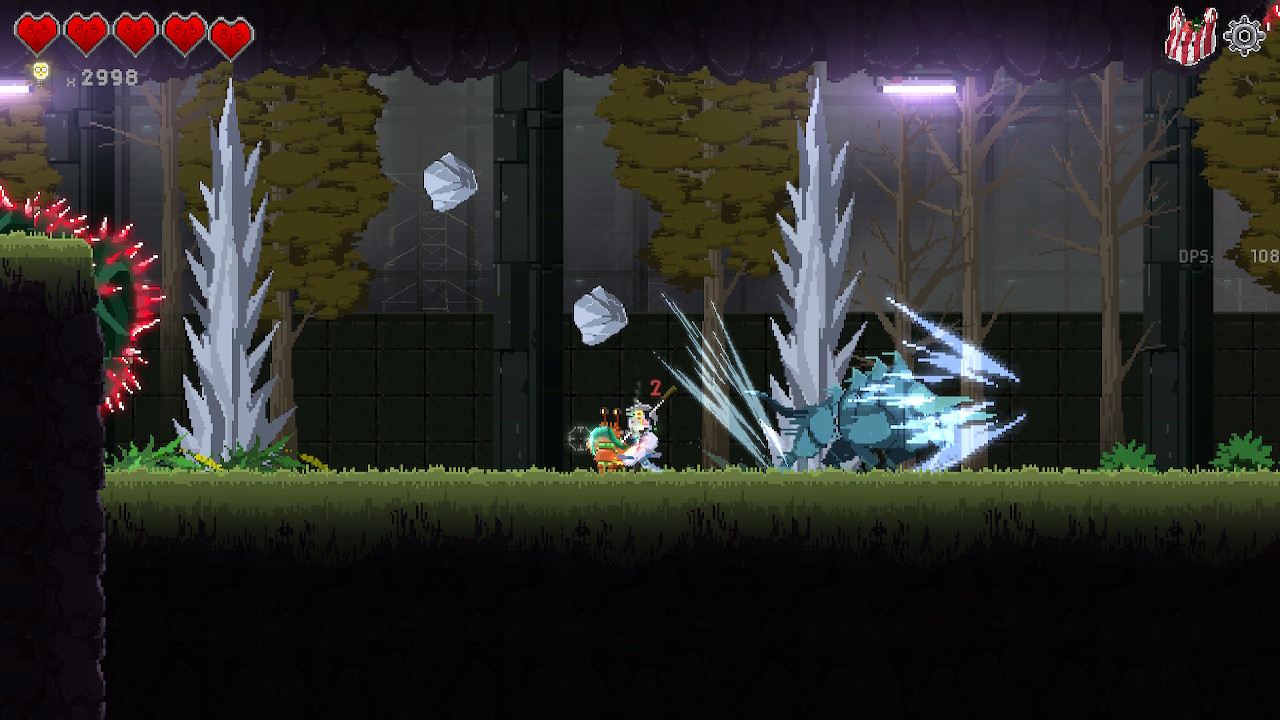 A large part of the inconsistency with the combat also boils down to how awkward a lot of the controls feel. You can aim your weapons at any angle, but that aiming is tied to the same control stick as movement, meaning that if you try to angle your weapon to hit anything airborne, you’ll likely be moving horizontally as well. Jumping is also pretty inconsistent in and out of combat; if you hold the jump button too long out of combat you end up jumping again immediately as you land, and the double-jump, once unlocked, can be hard to trigger. In combat, meanwhile, the issue boils down to it frequently feeling like your jump inputs get eaten whenever you’re taking damage, which compounds the other issues with jumping. Overall the player character feels just slightly out of your control, at all times. These issues may be by design, given that you are playing as a lumbering zombie, but it still caused a lot of frustration as I played.

A Zombie and a Necromancer Walk into a Bar…

The writing in Dungeon Munchies, however, made up a lot of ground for me personally. I was expecting some entertainment, given the ridiculous premise and great character design. What I wasn’t expecting was a surprising amount of worldbuilding and concrete motivations for each character. Players who are intent on reading every optional conversation and sign or journal they pass will be rewarded with a decent amount of backstory for this world and its inhabitants, and they’ll find more depth to the motivations of Simmer and her nemesis, the Lord Protector, as a result. 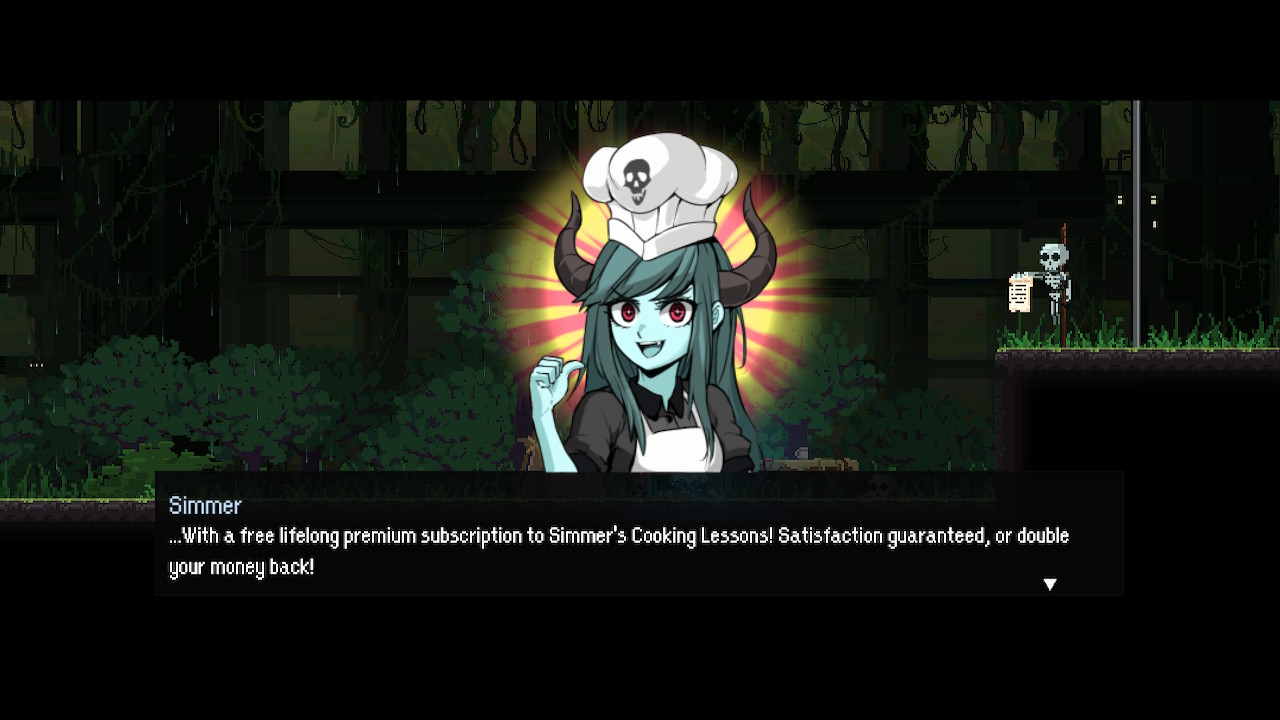 The humor also manages to (mostly) find the sweet spot and got a few chuckles out of me, which is more than I can say for a lot of “humorous” indie games. A game starring a zombie chef and his monster-girl master didn’t have to have great writing with this much depth, but I’m glad it did.

The other thing that ended up being a huge positive for this game was the pixel art. It’s fresh and vibrant, and each dish, weapon, and enemy is visually distinctive. The character sprites follow suit and they each look great in the various conversations and cutscenes throughout the game. Other than the gorgeous visuals on the surface though, the game tends to run poorly behind the curtain. Menus feel slow thanks to delayed button inputs, animations like the cooking sequence start and end a little too abruptly, and the player character tends to stutter slightly when moving, which doesn’t blend well with the aforementioned movement and control issues.

Overall, Dungeon Munchies is entertaining, but it feels incomplete. On some level it actually is incomplete, at the time of writing the game only has it’s first two chapters available to play, with a third chapter coming to Switch and Steam at some point in the future, according to the publisher. Even putting the unfinished story content aside, though, the game just feels like it needs a bit of polish on the technical side. With the writing, the art, and the recipes-to-power-up system, there are definitely a lot of stellar ingredients here, it just feels like they needed a little more time to cook. 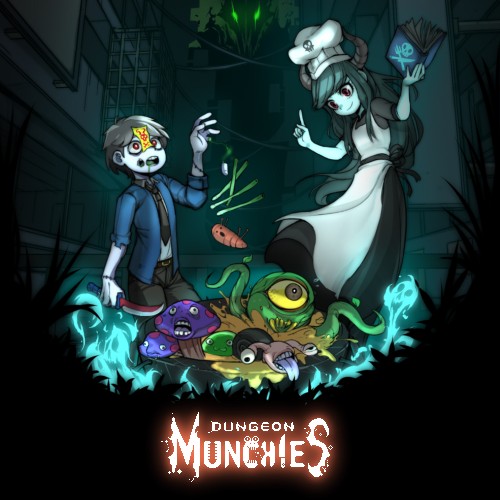