There are certain franchises that just seem like they were destined to become fighting games, especially when they have become as strikingly popular as Demon Slayer has in the last few years with its many characters and compelling story. After all, large casts of characters with unique designs who already spend a ton of their time fighting are a naturally great fit for pitting against one another.

Telling a compelling story with those characters through a fighting game, on the other hand, is a pretty complex endeavor.

A Journey of a Thousand Cuts

The story mode of Demon Slayer – Kimetsu no Yaiba – The Hinokami Chronicles tells the story of Tanjiro Kamado as he journeys to find a way to turn his demon sister, Nezuko, back into a human after the rest of their family was brutally murdered by the one responsible for turning Nezuko in the first place. Across several chapters of the story mode, players will see Tanjiro and Nezuko meet several allies and fight (and slay) plenty of demons.

The Hinokami Chronicles does do a great job of actually telling the story of Demon Slayer, with several key character moments and every important battle intact, but actually playing through the story mode is, for the most part, a drag. 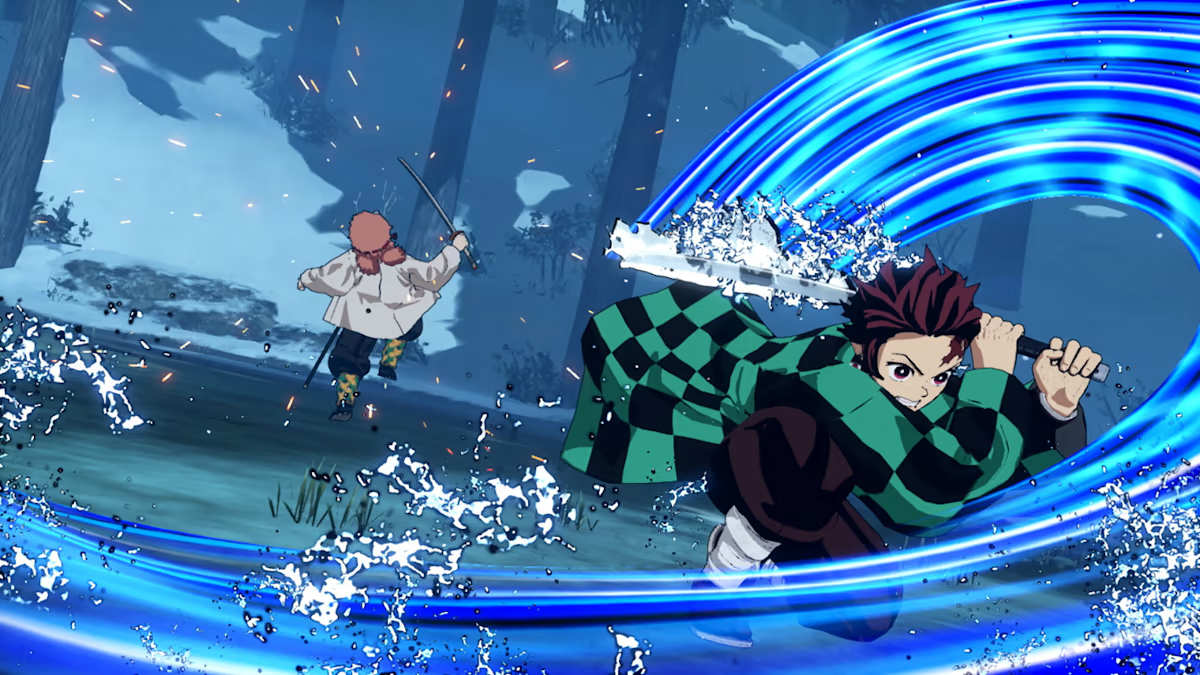 Long, fully-voiced, cutscenes take up the majority of the eight-chapter story mode, with the rest being split between two types of gameplay and a few minigames. The first type of gameplay you’ll encounter is the actual fighting. The combat, which takes place in 360-degree arenas, is fast-paced and extremely fun, not to mention visually striking, and the boss battles in particular have a couple extra features thrown in that, for the most part, makes them extremely satisfying to play.

Exploration, the other half of the actual gameplay, however, is time-consuming at best, and agonizingly slow at worst. You’ll mainly be controlling Tanjiro while exploring, though “exploring” is a bit of an overstatement. You’re free to explore the environment, though there isn’t much to do other than complete optional, repetitive exploration missions, or find Kimetsu Points hidden around the map that you can spend on rewards. Other than that you’re going to be very slowly walking (there’s no option to run or dash) towards the next objective, and frankly it seems like the only reason these exploration segments exist is to make the story mode last longer.

Even in a short segment where you’re controlling a character who is sprinting, the map is made to be bigger than it would be in Tanjiro’s segments, making the time spent “exploring” about the same. The story mode being a somewhat laborious affair was a definite disappointment, since the main/easiest way to unlock each playable character is by playing through the entire story of The Hinokami Chronicles.

Understandably, the areas where The Hinokami Chronicles really shines are the combat and the cast of characters, which are usually the main draw of any fighting game. Combat is fast and flashy and feels very faithful to what I’d expected a Demon Slayer fighting game would feel like, without being too overwhelming.

Normal attacks are performed with one button and special attacks are performed with another, with different combos available depending on the direction you’re pressing. There isn’t always an incredible amount of precision required to execute a combo, so you can end up getting stuck performing combos that feel a bit button-mashy at times, though there is a combo timer that will eventually run out, giving your opponent an opening to fight back, which keeps things fresh. 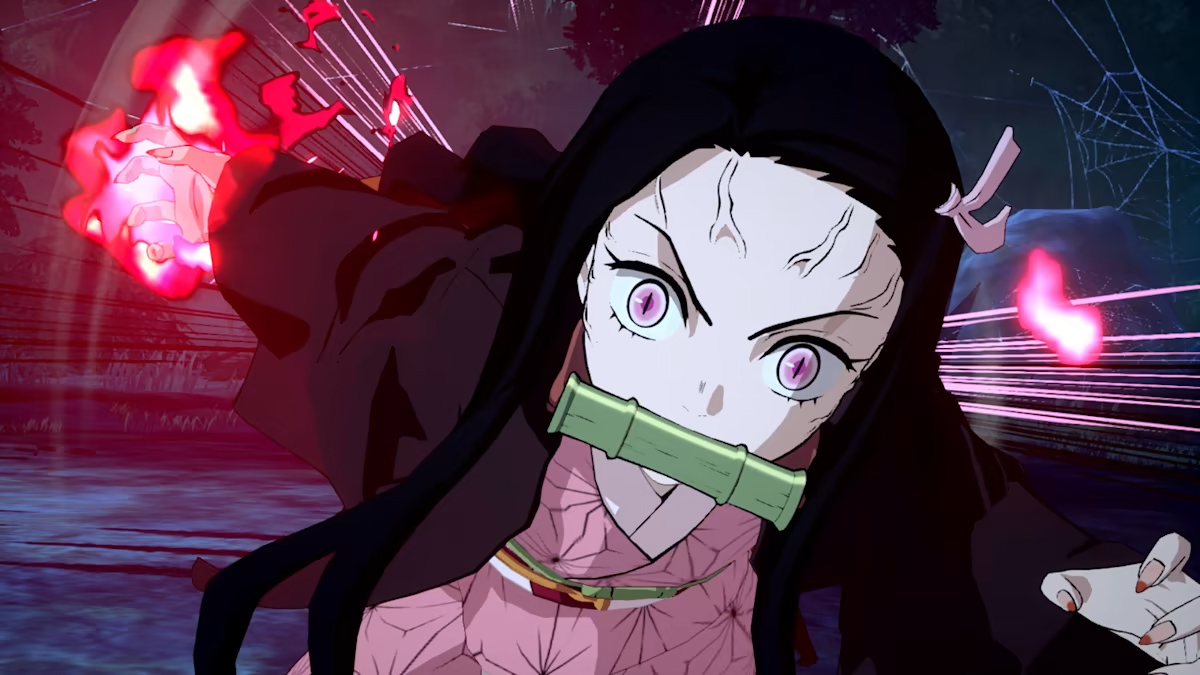 The cast of characters available in The Hinokami Chronicles is fairly expansive – there are 24 playable fighters spanning both Demon Slayers and demons, including plenty of fan-favorites and a few surprising choices, with faithful recreations of their techniques. I was particularly impressed to find that even when characters share a Breathing Technique (the term for Demon Slayer’s different fighting styles), there are enough differentiations in their special abilities that they feel unique.

Each playable character also has a unique Ultimate Art, a particularly flashy and impressive attack that players can perform after building up their boost gauge, which are a delight to watch play out each time they are used.

Boards and Swords and other Rewards

Unlocking characters or other goodies is done through the Reward system, which utilizes a bunch of mission boards tied to Story Chapters and a few other themes. Completing missions will clear the associated squares on the board, revealing the artwork underneath and unlocking whatever content was tied to a particular mission.

Aside from the playable characters, which are usually tied to squares associated with completing chapters of the story, you can unlock character outfits, fighting arenas, music, and profile photos and quotes for your in-game profile. If you’re finding a particular mission too hard to accomplish but still want the associated reward, you can also clear any of these squares by spending Kimetsu Points, which are earned through exploration in the story, or through training or online battle missions. 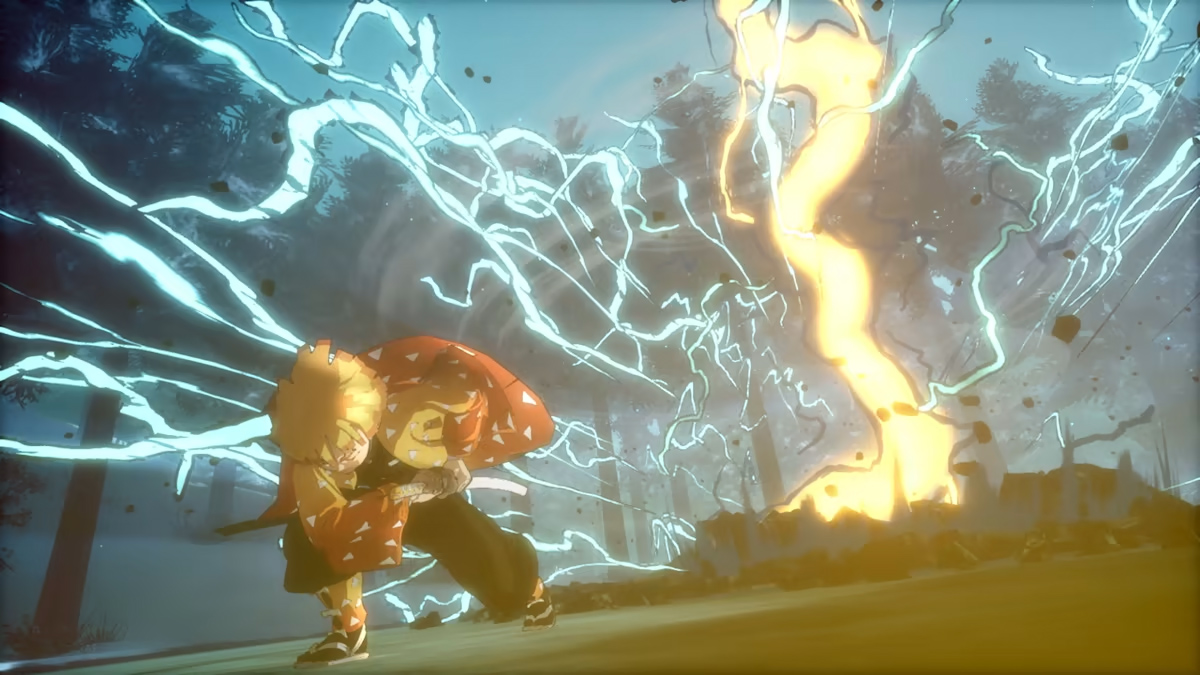 Theoretically, you could unlock every character, outfit, and battle arena without utilizing the story mode at all, but that would run you tens of thousands of points that you’d have to grind out by playing the game anyway.

As far as performance goes, Demon Slayer – Kimetsu no Yaiba – The Hinokami Chronicles ran surprisingly well on the Switch. Not only did I not notice any jarring frame-drops in docked or handheld mode, the framerate stayed consistent enough that I didn’t notice any slowdown whatsoever in fights or cutscenes. This feels like an impressive feat considering that most of the lengthy cutscenes in the story mode seem to be running in the game engine and are not pre-rendered, while the fights tend to have a lot of action and elemental effects taking place at any given time.

There were a few weird resolution issues I did noticed in handheld, mainly when the perspective would shift in cutscenes, and while docked there was one instance of Tanjiro’s eyes suddenly switching to be very strangely far apart during one cutscene. The only glitch I encountered during my time with The Hinokami Chronicles was during chapter three, where for every fight in the latter half of the chapter, the texture of the ground just refused to load, instead displaying what looked like a mirror of the sky. Subsequent instances of those same battles loaded the ground texture just fine, however.

Whatever Path You Walk

Demon Slayer is one of the hottest franchises in the world right now, and a fighting game featuring its memorable cast seemed only natural, and I’ve found that the actual fighting in The Hinokami Chronicles does indeed feel incredibly natural. It’s just that Demon Slayer also has a pretty memorable story, though unlike the fighting and cast of characters, the story aspects of The Hinokami Chronicles, while well-told, really bog it down. The story fights, especially boss battles, are still incredibly enjoyable, but the lengthy cutscenes and snail-paced exploration phases used to deliver the rest of story content feel like an attempt to lengthen the story mode just for the sake of padding out the game. 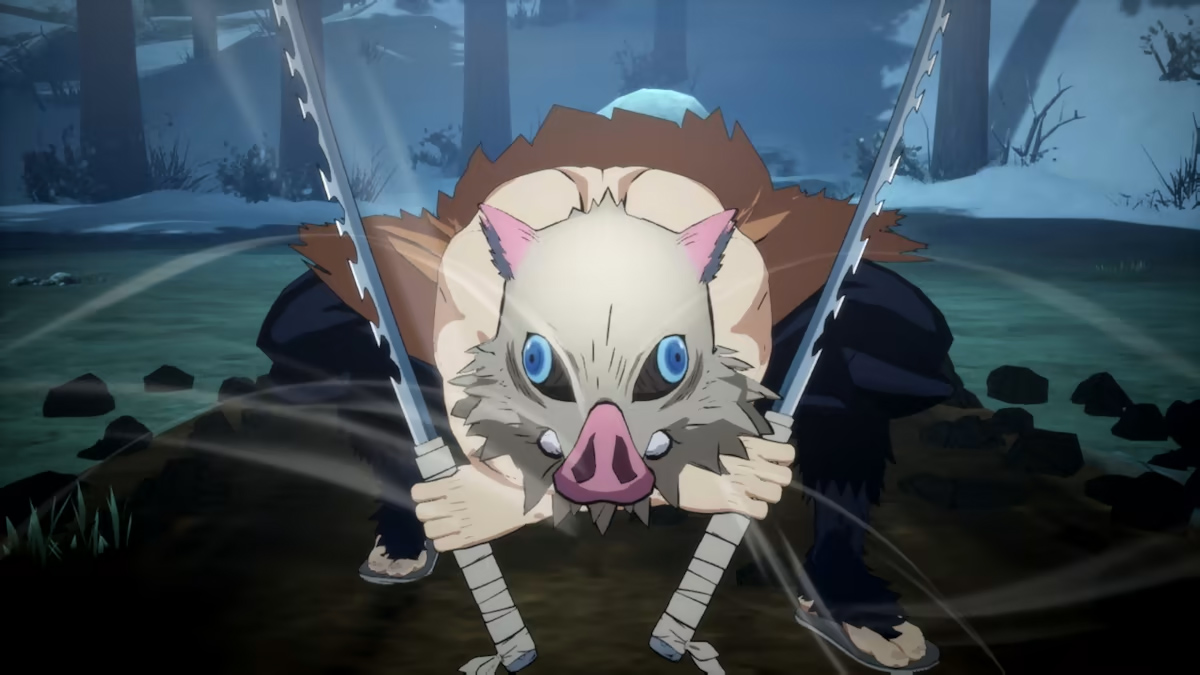 If you’re not already a fan of Demon Slayer, and are interested in getting into the franchise for the first time, and either reading a few manga volumes or watching through a few dozen episodes of anime isn’t really your thing, then The Hinokami Chronicles is a fine place to start. The main story beats are all here, just at a slower pace than I feel a fighting game should offer. Alternatively, if you already love Demon Slayer and can look past a few hours of sluggish not-fighting to get to some really fun and flashy combat with your favorite characters, then this is definitely the game for you. 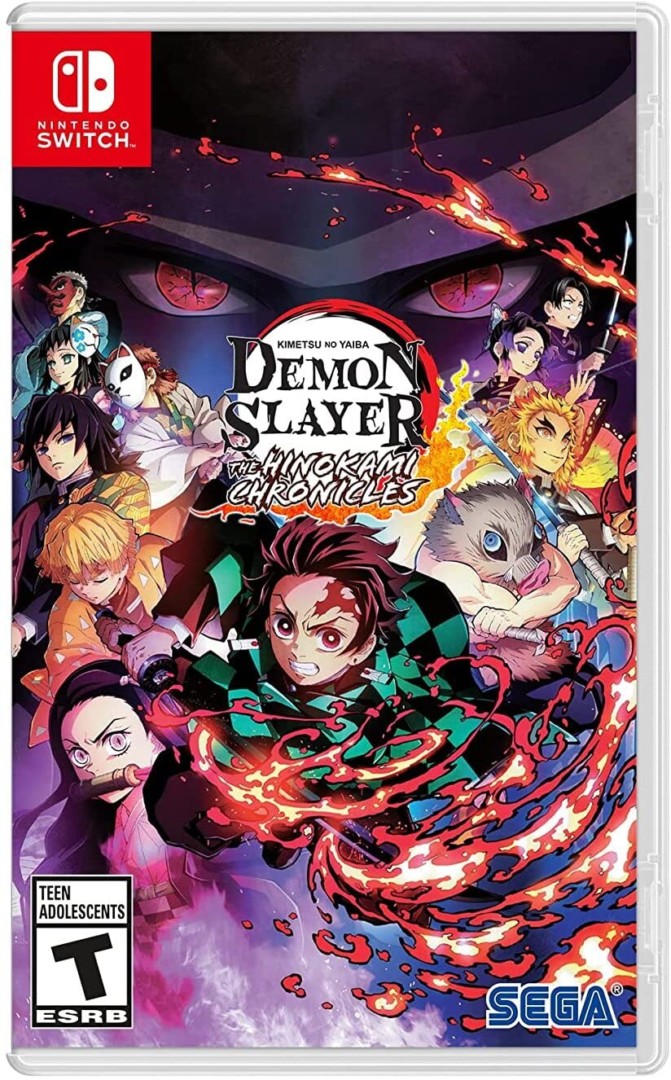